American rallycross driver Conner Martell finished an impressive 2nd Overall at the final round of the 2018 RallyX on Ice Series, held in Gol, Norway.  The 20-year old Vermont native battled stiff competition including ice racing veterans and local Scandanivan talent to earn his best finish to-date after three previous rounds this winter.  The podium finish has not only boosted Martell’s confidence heading into his debut season in the highly anticpated RX2 International Series later this year but also firmly planted his name among the top drivers expected to challenge for wins in the RX2 series.

Martell’s weekend in Gol, Norway began with an impressive win in his first qualifying heat  and followed it up with the runner-up spot in his semi-final. The result in the semi-final earned Martell a coveted starting spot in the six-car Final, an accomplishment on its own at such a competitive event with a deep field of drivers.  Martell drove a measured race in the chaotic and highly competitive Final, steering clear of trouble and maintained a top-3 position until capitalizing on a mistake by a rival ahead to make a pass into 2nd Overall and his first podium finish of the RallyX on Ice Series.

“I’m really pleased to finish up on the podium, especially in the last round,” Martell explained. “We’ve shown good pace throughout, but we’ve had some bad luck and consistency has been lacking. We pulled it all together here, though. The level of competition here is really amazing, not only do a lot of these guys grow up driving on the ice, but several are top international champions or long time contenders. Everyone is quick.  It has been an amazing experience and a great confidence booster heading into the next part of the season with RX2.” 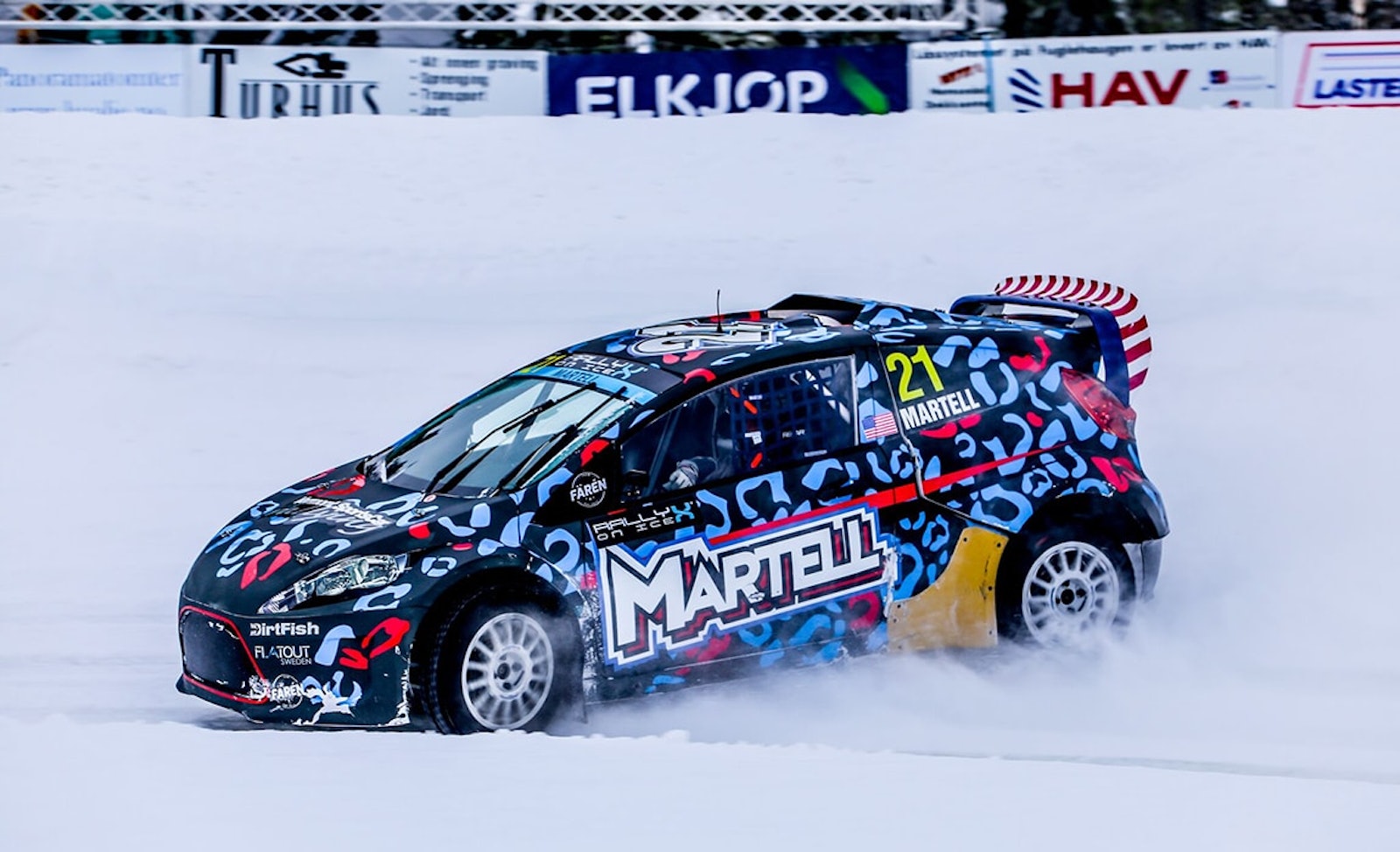 Martell announced earlier this winter that he would compete full-time in the six-event RX2 International Series which runs in support of the FIA World Rallycross Championship (World RX).  Martell will be supported by Sweden based Team Faren as well as the USA based Vermont SportsCar team.

The jump to international competition was a calculated move for Martell after two successful years competing in the Red Bull Global Rallycross Championship (GRC) Lites series, where he proved himself to be one of the series top drivers.  In the past two GRC seasons Martell has earned five victories, nine podiums and 18 heat wins while fighting for the GRC Lites Driver’s Championship.

The RX2 International series begins this spring and will see Martell travel to race venues throughout Europe.  Martell’s American fans will have a chance to watch him at his veritable home-event in Trois-Rivières, Canada on August 4-5, located just a few hours north of Martell’s home in Colchester, Vermont.