Snoqualmie, WA (October 1, 2018) – DirtFish is pleased to announce that Conner Martell has secured the first-ever Americas Rallycross ARX2 championship title. This is the first championship title for DirtFish Motorsports since their inaugural season in 2015!

Coming from the inaugural ARX2 victory at Circuit of the Americas at the beginning of the season and a double win at the previous two rounds in Trois Rivieres Canada, Martell was leading the championship by a mere seven points over rival driver, Christian Brooks. He and the team still had their work cut out for them heading into the final two rounds of the season back at Circuit of the Americas.

The first day of the doubleheader on Saturday saw Martell win a qualifying race, a semifinal and ultimately finish 2nd in the final race of the day, increasing his points lead to 15 points over Brooks. During the second day of racing, Martell finished 1st in Q1, 2nd in Q2 and his first-place finish in the third round of qualifying gave him enough points to secure the championship title for himself and DirtFish Motorsports.

“It is an unbelievable feeling being able to win the inaugural Americas Rallycross ARX2 Championship!” said Martell at the podium. “Everyone at DirtFish worked so hard to be the best this year and being able to bring home the first ARX2 championship for them is what we strived for, but it wouldn’t have been possible without the year-long effort from DirtFish as well as the lead mechanic, Brando; I can’t thank them enough for all their hard work.” 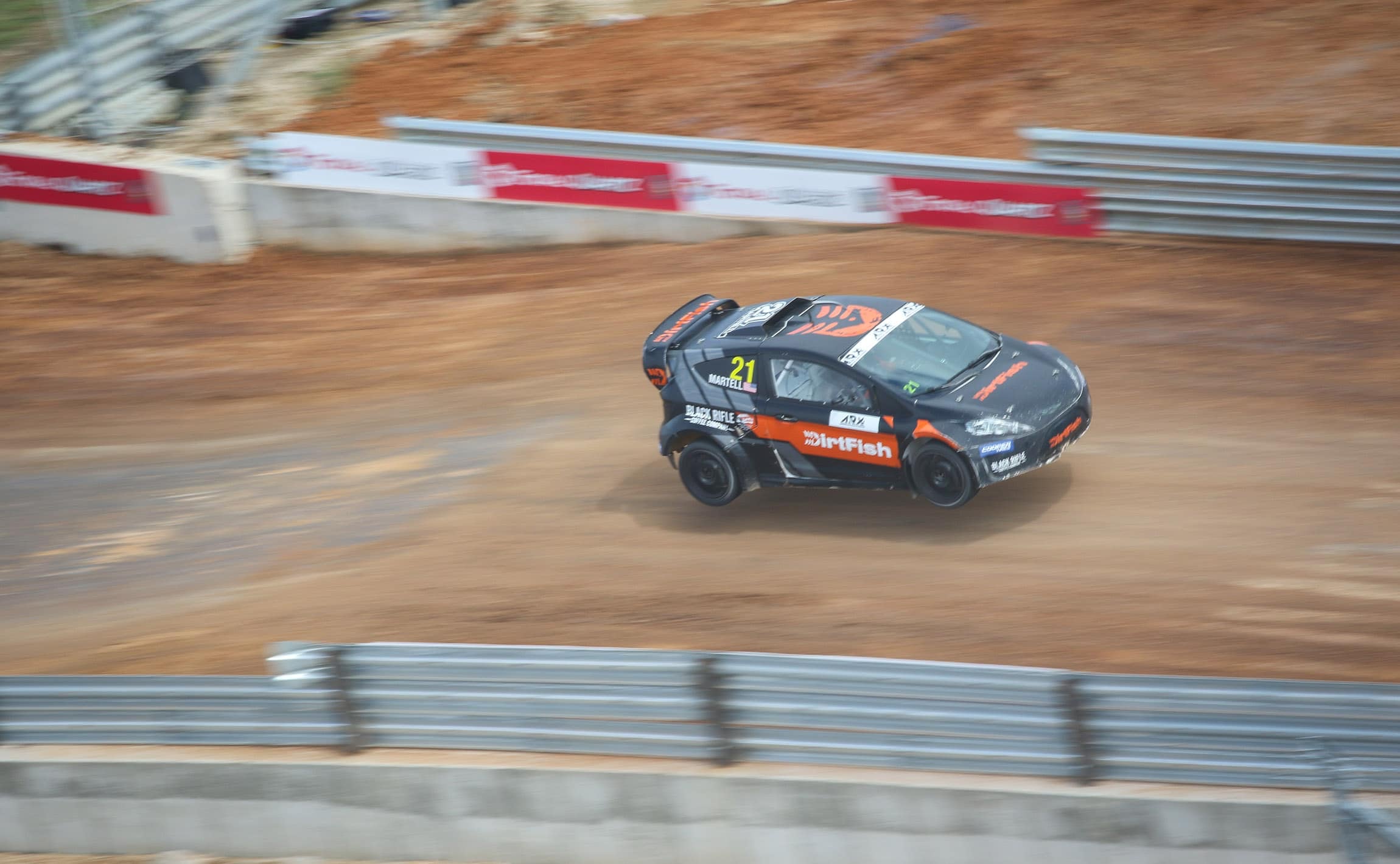 The DirtFish Motorsports team worked extremely hard throughout the season to give Martell the best car possible as well as the most opportunities to hone his racecraft between each round. The success of this year is truly due to the tightknit, talented, passionate team that encompasses DirtFish and DirtFish Motorsports. This championship title is very important because it is the first title that has been achieved by any DirtFish driver! 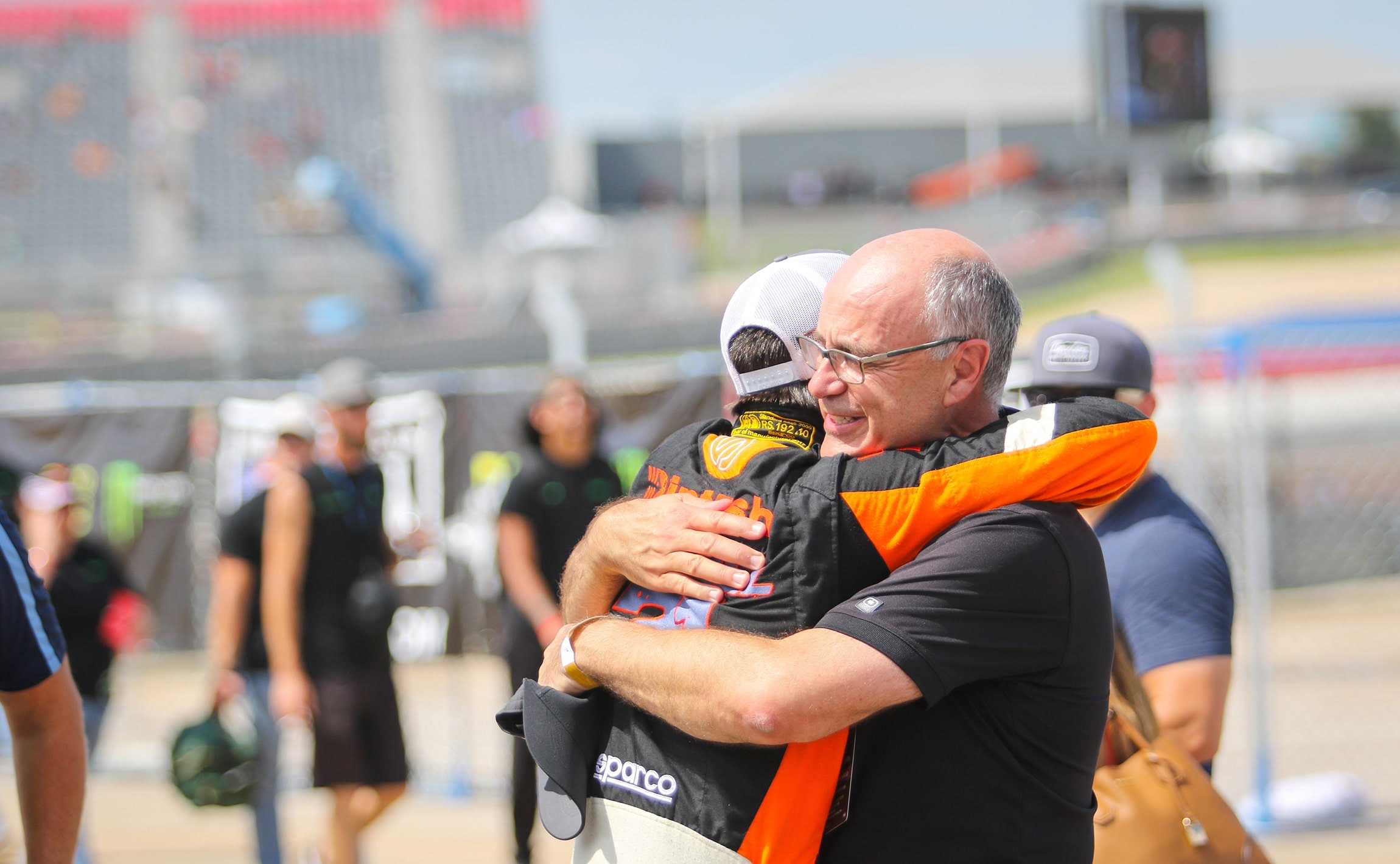 “2018 will, I believe, turn out to be a crossroads year for the sport of Rallycross in America, and I could not be more delighted that DirtFish played such a central role” commented DirtFish owner, Steve Rimmer. ”The DirtFish Motorsports team worked tirelessly to provide our drivers with the best possible cars. Thankfully our drivers returned the favor by demonstrating significant progress throughout the season and achieving levels of success that made us all proud. We are ecstatic that Conner was able to win the inaugural ARX2 Championship and we congratulate him on his excellent performance throughout the season. Our other drivers, Fraser McConnell, Scott Anderson and James Rimmer demonstrated their ability to compete earning top placings in Qualifiers and Finals. Our objective is to grow the sport as well as develop new drivers and we certainly met that goal! Therefore, I would like to express my thanks to every dedicated team member.”

We would like to thank the fans for their unequaled support for our team and drivers throughout the season; we truly appreciate each and every one of you. We would also like to thank IMG and Americas Rallycross for working tirelessly to organize a brand new series for the sport of rallycross. We are excited for what 2019 will bring!

The Final Round of the 2018 Americas Rallycross Championship