Following the Red Bull Global Rallycross race in Louisville, Kentucky, the DirtFish Motorsports team along with Conner Martell and James Rimmer are heading from the Northwest to the Northeast this weekend for rounds three and four of the 2017 season. Held at Thompson Speedway Motorsports Park, this will be the first time the team will be visiting and competing in New England. However, the Northeast scenery is nothing new to Martell – Conner grew up four hours north of the Speedway in Colchester, Vermont. In terms of all of the locations that the GRC series is visiting throughout 2017, this is considered Conner’s home event. He is very excited to be racing in front of his family, friends, and especially his fans!

Similar to the Pacific Northwest, New England has deep roots in the sport of rally and has hosted multiple rally events over the years; it was even a stop on the Global Rallycross circuit a few years ago. It is also the home of our friends at Subaru Rally Team USA and Vermont SportsCar. Not only are they based here, but the Subaru brand has a very strong and loyal following in that region as well. We are excited and expecting to see a substantial turnout for this double header round.

Thompson Speedway features a NASCAR oval and a road course that the Red Bull GRC track builders have been able to work with. Nearly a mile long, this track looks like it will be one of the most exciting of the season. It features many aspects of both the oval and the road course while adding in a long dirt section that takes the drivers from the banked turn of the oval over the 70-foot jump. Following the jump, the drivers take a hard right turn that leads into a slight left followed by a long fast right-hander that takes them back onto the tarmac of the road course. This is where they have the option to take the Joker. This time, the Joker will be a substantial shortcut and will make or break any race for someone. This track will be very fast with quite a few opportunities for drivers to swap positions throughout every lap. 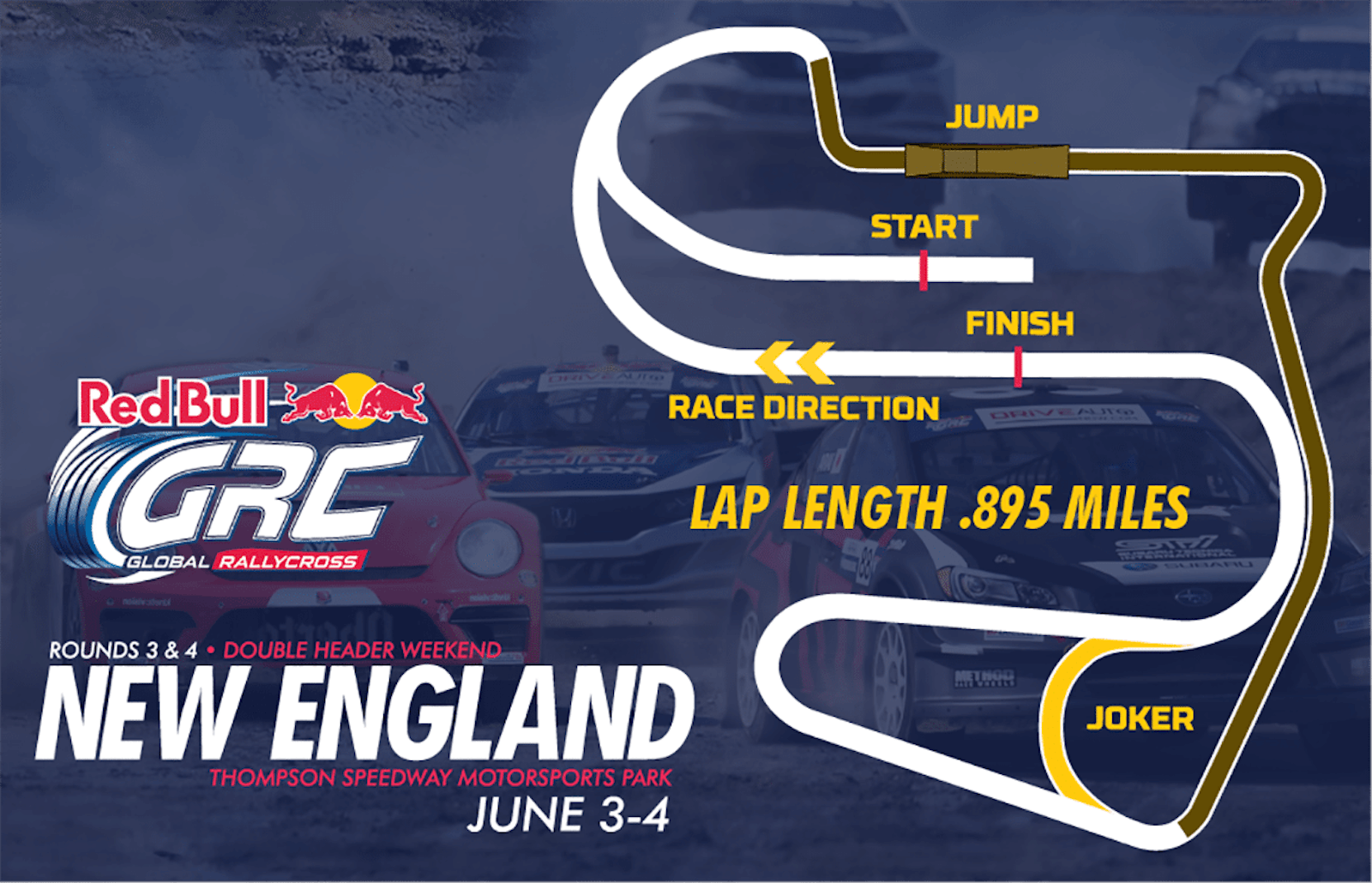 While both Conner Martell and James Rimmer have been taking just a little time to relax and spend time with family following the race in Louisville, they have both been focused on preparing for the upcoming race. Conner has been working hard on his physical training and James has been back in the GRC Lites car here at DirtFish working on multiple skills.

Everyone at DirtFish Motorsports is anxious and excited for the race this weekend! The races happen this Saturday and Sunday at the Thompson Speedway Motorsports Park. Follow the team and drivers throughout the weekend on their social media accounts: