Victory for team-mate Elfyn Evans was his maiden WRC triumph, made all the sweeter as he achieved it on home soil. The Welshman became the first Briton to win the wet and muddy forest road event since Richard Burns in 2000. 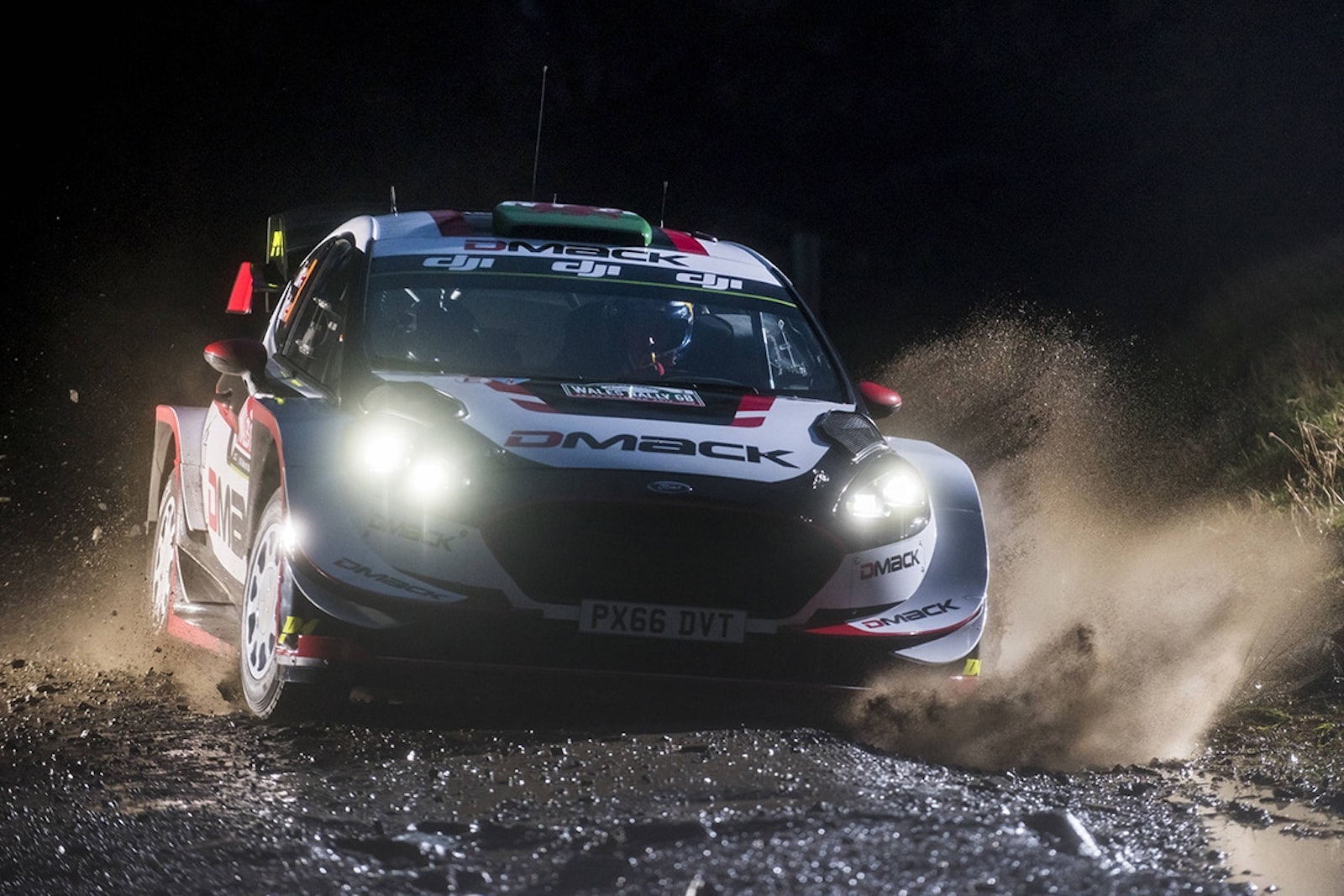 Evans is the seventh different driver to win in a remarkably unpredictable season. He headed Thierry Neuville’s Hyundai i20 by 37.3sec after leading for virtually the entire four-day, 304.36km event. Ogier finished a further 7.9sec behind.

A tense last leg culminated at the Power Stage finale alongside Llyn Brenig reservoir. Title rival Thierry Neuville charged to fastest time to claim maximum bonus points, while Ogier crept into a points-paying position by 0.1sec to seal the title with a round to spare.

“I had big emotions on the finish line,” said Ogier. “It’s been a tough year and we’ve all had to work very hard. It’s so amazing to be champion with M-Sport World Rally Team.”

Evans’ victory offset the crushing disappointment of losing by 0.7sec to Neuville in Argentina six months ago in the third-closest finish in history.

“I’m very grateful to everyone who has stuck by me through all these years. A lot of people have supported me and this win is for them,” said the 28-year-old former British champion.

To seal a remarkable weekend for Ogier and Evans, their M-Sport team lifted the manufacturers’ title for the first time since 2007. Their privately-run squad toppled three of the world’s biggest car companies after finishing on the podium on every round to date.

Andreas Mikkelsen did his best to relegate Ogier to assist team-mate Neuville. The Norwegian overhauled Jari-Matti Latvala to finish fourth, 4.6sec off the podium. Latvala struggled with the handling of his Toyota Yaris and finished half a second behind.

The championship ends at the dirt road Kennards Hire Rally Australia which is based in Coffs Harbour on 16 – 19 November.