Thierry Neuville stormed to his third stage win of Rallye Monte-Carlo to narrow the gap between his Hyundai and the Toyotas of Sébastien Ogier and Elfyn Evans on Saturday morning.

Evans’ Yaris WRC splits the pair; 2.8s ahead of Neuville and 2.8s behind Ogier.

Hyundai’s Neuville paid tribute to his gravel crew after troubles on Friday with translation between him and stand-in driver Dani Sordo.

“I had some nice corrections for this stage so I was able to do a good stage with a lot of confidence,” Neuville said.

Ogier was also happy with his performance and wary that the fight for the lead was going to go all the way.

“I think it was a good stage, a clean one to start the day,” he commented. “But [there are still] very small gaps so everything is still to be played [for].”

Evans, who led the rally for the majority of Friday, dropped 2.4s to stage winner Neuville and 1.6s to team-mate Ogier but remains very much in contention in second overall.

“I was a little bit careful in a few places here for sure but overall it was OK,” Evans admitted. [But] we can improve a little bit.”

On a stage Seb Marshall described to DirtFish as “notorious”, even seven-time Monte winner Sébastien Loeb was caught out.

The Hyundai driver was halfway up a snowbank and admitted to being “cautious” thereafter.

Loeb is in a comfortable fourth place, now over a minute behind the podium but a minute ahead of the fight behind him. 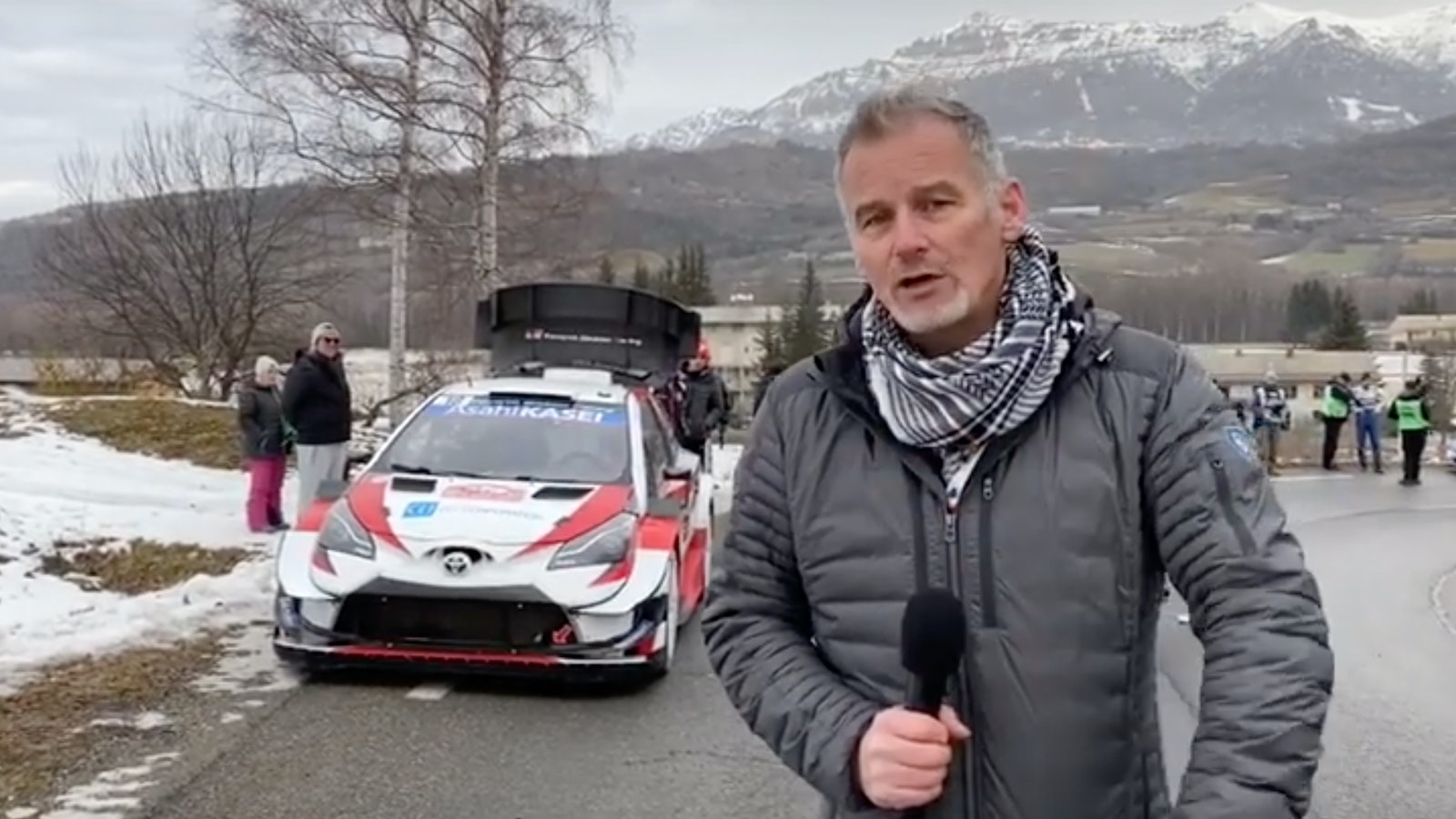 Colin Clark catches up with the crews before SS9

Kalle Rovanperä made inroads into Esapekka Lappi’s fifth on Saturday morning’s opener but both Finns felt like they had a poor stage.

Lappi has been unhappy all weekend as he acclimatises to M-Sport’s Ford Fiesta WRC and his mood hasn’t picked up on Saturday: “The information was not precise enough so I couldn’t be confident enough,” he mumbled.

Rovanperä, on his first outing in a WRC car in the championship, was 2.5s quicker than Lappi to squeeze the gap between them to 19.5s. But was he happy with his pace?

“No,” he replied. “Really bad stage from me. I don’t have so much experience yet with this snow tyre driving, I was really slow.”

Takamoto Katsuta had an eventful start to Saturday as he slid his Yaris WRC wide in a tightening right-hand bend and whacked the bank on the left.

Aside from co-driver Dan Barritt having to get out and clear the front grille of snow, the car emerged from the incident relatively unscathed. Katsuta lost over three minutes and was passed on stage by team-mate Rovanperä.

“My mistake. There was black ice or something, I went wide and hit the snow bank,” Katsuta said. “We had to clear snow [from the grille], that’s all.”

WRC3 leader Eric Camilli is now ahead of Katsuta in seventh overall, but his brake problems from Friday afternoon don’t appear to have been rectified.

WRC2 pacesetter Mads Ostberg is determined to beat Camilli and be top R5 car on the rally but dropped 5.8s on SS9 to trail by 1m37.3s with Nicolas Ciamin’s Citroën C3 R5 splitting them too.

Teemu Suninen continued his charge up the leaderboard following Thursday night and outpaced team-mate Gus Greensmith on the stage as Greensmith himself returned following his unusual crash on Friday.