You’re busy picking gravel out of your hair from your Three Day Program here at DirtFish. Your adrenaline is still turbocharged from getting the perfect slide on a corner in the Mill Run.  You want more of that. A LOT MORE. So you decide you want to compete in rally. But how? Given its relatively low popularity, rally in America can feel hidden, inaccessible, and mystic. How to begin competing in rally is one of the most frequent questions we receive from students and fans. This won’t be a step by step guide, but rather a summary of the advice given by the DirtFish employees who compete in stage rally. Whatever your goals with competition might be, we recommend keeping them realistic, reliable, and financially sustainable. Let’s try to spray some gravel on this topic: 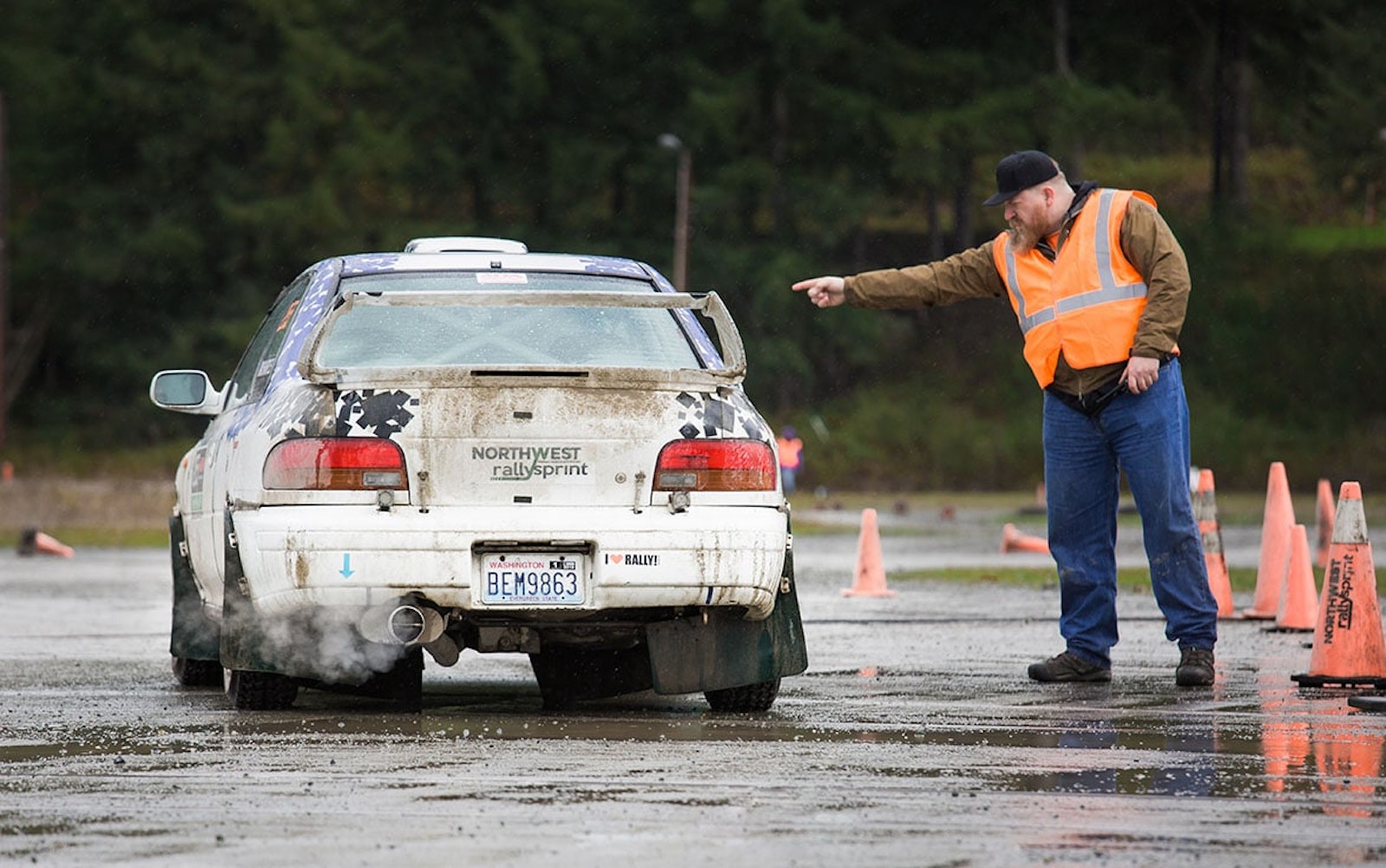 One of the best ways to start learning about the sport and how to compete is to attend an event. Start by volunteering at local events to get a feel for the process and organization. This can be SCCA-style rallycross events or stage rally events. The rallycross and rally communities often overlap. You are bound to meet people that volunteer or compete in both. Volunteering will be the best way to meet drivers, crew members, media, and other organizers. Each one will have different knowledge to share pointing you in the right direction on your quest for competition. With some persistence at these events you might create the opportunity to volunteer as a crew member for a team or even as a co-driver. There will be no better way to learn what you actually need for competing  in rally than to experience being part of a team actively competing in rally. DirtFish’s own instructor, Jack Harrison, is proof of this path. Jack volunteered for Olympus Rally several years ago, where unbeknownst to him, he watched his future boss, Nate Tennis, rally past him through the woods.  Through connections from that event, he earned himself a job at DirtFish. Knowing he wanted to compete, he volunteered to co-drive for a DirtFish shop tech who was rallying at the time. After competing in the Doo Wop Rally, Jack had the opportunity to buy the car from the shop tech. A year later, Jack and myself, would place 2nd in class at the Olympus Rally with that very car. This makes it sound easier than it is. However, none of it wouldn’t have been possible if it weren’t for the connections Jack fostered over the years, starting with the simple idea of volunteering at an event.

Rally is a complicated sport, best learned from those already doing it. Through connections made by volunteering, you can find a rally veteran for mentorship. When I began co-driving, I was lucky enough to connect with rally winning co-driver and DirtFish Instructor, Michelle Miller. My first event was co-driving for her. The knowledge I gained from that experience gave me the skills necessary to compete in future events. Expect to make mistakes. But with a mentor, you will learn valuable lessons from their early mistakes. Learn what they do now that makes them successful in competition. Offer your support to them as a crew member, and they’ll become an priceless support network in your endeavors.

After volunteering within the community, the next best thing is to get a car and go race. However, before choosing a car, take a strong look at your financial position. Recognize what you can realistically sustain. Most, if not all, of the top cars in the sport are run by folks able to spend close to a quarter million a year in rally. Many people cannot afford that. Realistically, it would be irresponsible to go into debt to race cars. Calculate your disposable income, set a budget, and choose a financially sustainable class. What sounds better: racing an entire season of rally events learning and growing your skills, or racing only one event because you cannot afford the car? (notwithstanding any damage costs…)

DirtFish instructor, and winner of the North American Rally Cup, Sam Albert, recently broke down the cost of running a national rally event. Based on his experience, he calculated a rough budget of $4,630 for a local event, and $8,418 when adding in cross country travel expenses. None of this includes the cost of building and maintaining his open-class Subaru STI, which he built himself. You can read more of his breakdown here at Sam Albert Rally. 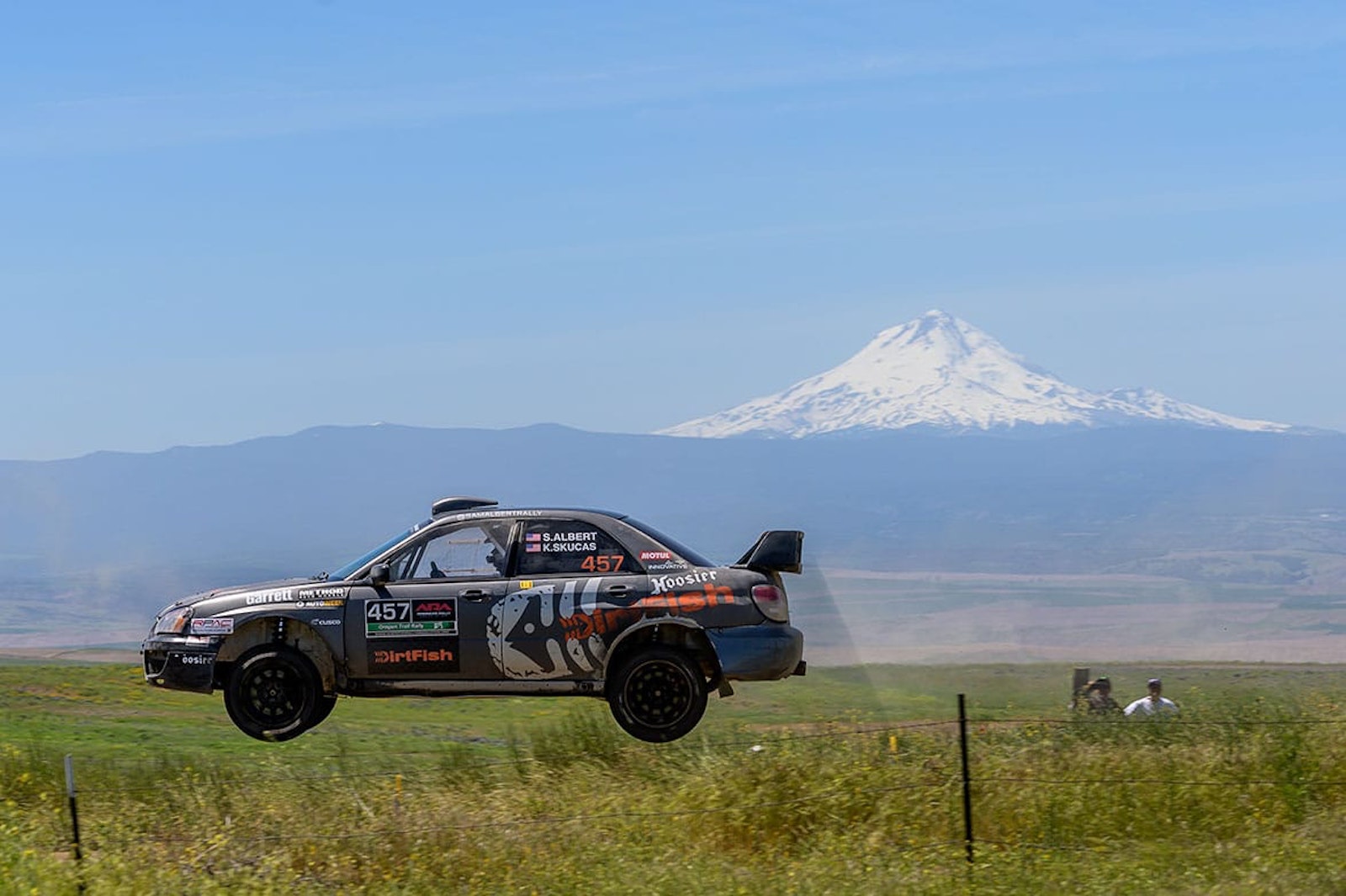 This is not meant to crush your rally racing dreams. There are certainly ways to compete without spending as much. SCCA-style rallycross is an affordable first step into the world of rally racing. If you are familiar with autocross, take that format and put it on the dirt. The cost of entry is greatly reduced compared to stage rally, and the rules are more relaxed to encourage more people to participate. A cage is not required, and there is a stock unmodified class.  Rallycross is a great place to begin competing. It maximizes seat time and driver development in a safe environment for a fraction of the price of stage rally. DirtFish has hosted several rallycross events. Personally, I love seeing the diversity of cars that show up. I’ve seen everything from stock Toyota Camrys and electric 60s Beetles to highly modified Evolutions and Mirages. DirtFish instructor, Geoff Clark, competes in a 90s Jeep Grand Cherokee. Several former students have begun in rallycross and continued on to build their rallycross car into a stage rally car. It is a great starting point. Locally in the northwest, many of these events are run by Northwest Rally Association. Outside of the region, the SCCA hosts several rallycross events.

When looking to jump into stage rally, we highly recommend you try to find an already built car. This alleviates the time and resources required to build your own. Most likely the cost of a prepared car is cheaper than building one from scratch. The resources saved can be put towards consumables like tires or race entry fees. You can find rally cars for sale in groups on Facebook such as North American Rally (FS/FT/WTB) or on websites like SpecialStage.com. We typically recommend finding something 2-wheel-drive to begin with. Those are usually cheaper to buy and maintain compared to all-wheel-drive cars. Whatever the drivetrain you chose, find the car that fits your budget while still affording you the greatest amount of seat time possible.

Once you have found a car, be sure to learn the rule book. The main rally sanctioning bodies are American Rally Association, NASA Rally Sport, and Canadian Rally Championship. Devour all the information on their websites so that you are the most informed and prepared you can be. Stage rally is a complicated sport with many regulations and ways to incur penalties. It can feel overwhelming at your first rally. This is where having connections with rally veterans and volunteering at events pays off.  If you have the chance to work with an experienced co-driver for your first rally, take it. An experienced co-driver can reduce much of the stress associated with running a rally. 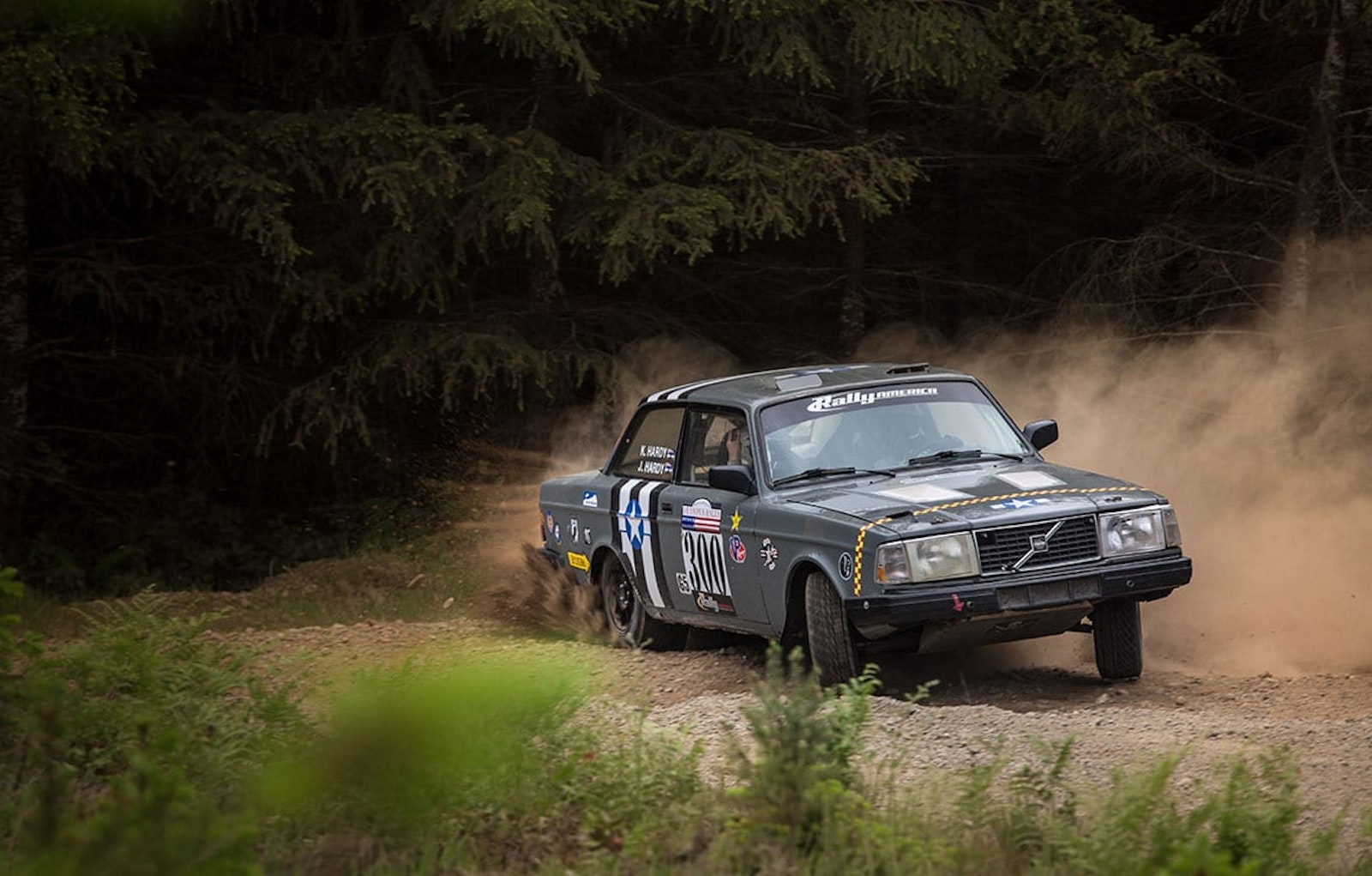 As you begin rallying, persistence is key. There will be countless hardships and setbacks. But equally there will be absolutely amazing moments! To quote Stephen McCranie, “the master has failed more times than the beginner has even tried.” Always be doing something to better your position in the sport; reading rules, staying up to date on news, events, results, networking, and researching everything. Knowledge is power and grit is required.

Lastly, many newcomers get so caught up in the excitement of preparing their car that they tend to forget the best modification for their car: Driver modification. If you want to begin competing, whether rallycross or stage rally, start with a class. Learn the fundamentals of how a car behaves on loose surfaces. Learn what tools you have at your disposal behind the wheel that you might not utilize in day to day driving habits. If you already know the fundamentals, practice makes perfect. Away from the stress of a competition event, you’ll be able to develop new skills and create new breakthroughs in your car control.  Initially, classes may cut into your race budget. However, the skills learned may end up saving you repair bills and earning you podiums in the future. At DirtFish, you can use our cars, or you can arrange to bring in your own stage car for coaching.

So when you decide to start competing, set a budget, make a plan, network with the community, get a car, and be ready for a wild ride!

RallyLegend 2017 – A Tribute to Colin McRae