At the conclusion of the Ojibwe Forests Rally, the championship’s final round, ARA officials would need to apply two levels of tie-breaking rules to determine the champion. 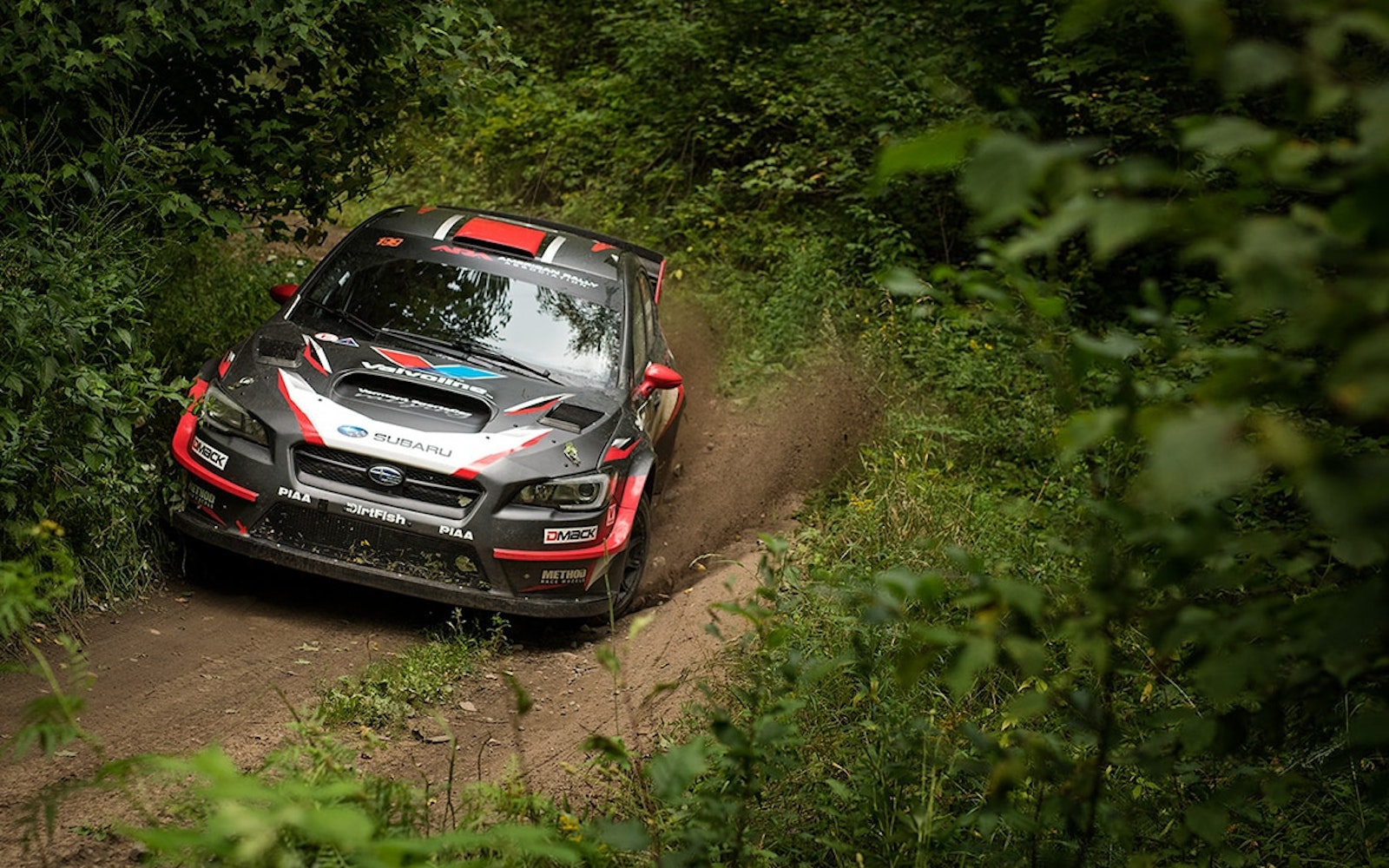 Pastrana and Higgins traded wins over the inaugural six-round ARA championship leading into the final event. In order for Pastrana to claim the title, he would need to win the Ojibwe Forests Rally, and should Higgins finish in 2nd place at the rally, Pastrana would need to also win more overall rally stage wins than Higgins. The Subaru Rally Team USA factory duo battled so closely through the Ojibwe Forests Rally that an absolute winner wasn’t decided until the final two stages of the race. After a slight fault on the penultimate stage, Higgins would ultimately cede the rally and the Championship to Pastrana.

“We crashed out the last three years trying to chase David and Craig. They were spot on all year and they had a lot of adversity. We were able to make it work on the last stage and here. It is my dream come true. Thank you Subaru. Thank you for everyone who came out to the race. He (Higgins) is my mentor, my coach. I couldn’t have been here without that guy,” enthused Pastrana with Higgins beside him at the podium celebration.

“We gave everything we had. We had a big job on our hands after the time we lost on the first day with some adversity. Props to Travis and Robbie for a great rally and to win the championship. It was a great season and great competition. I’m looking forward to come back at it again.” 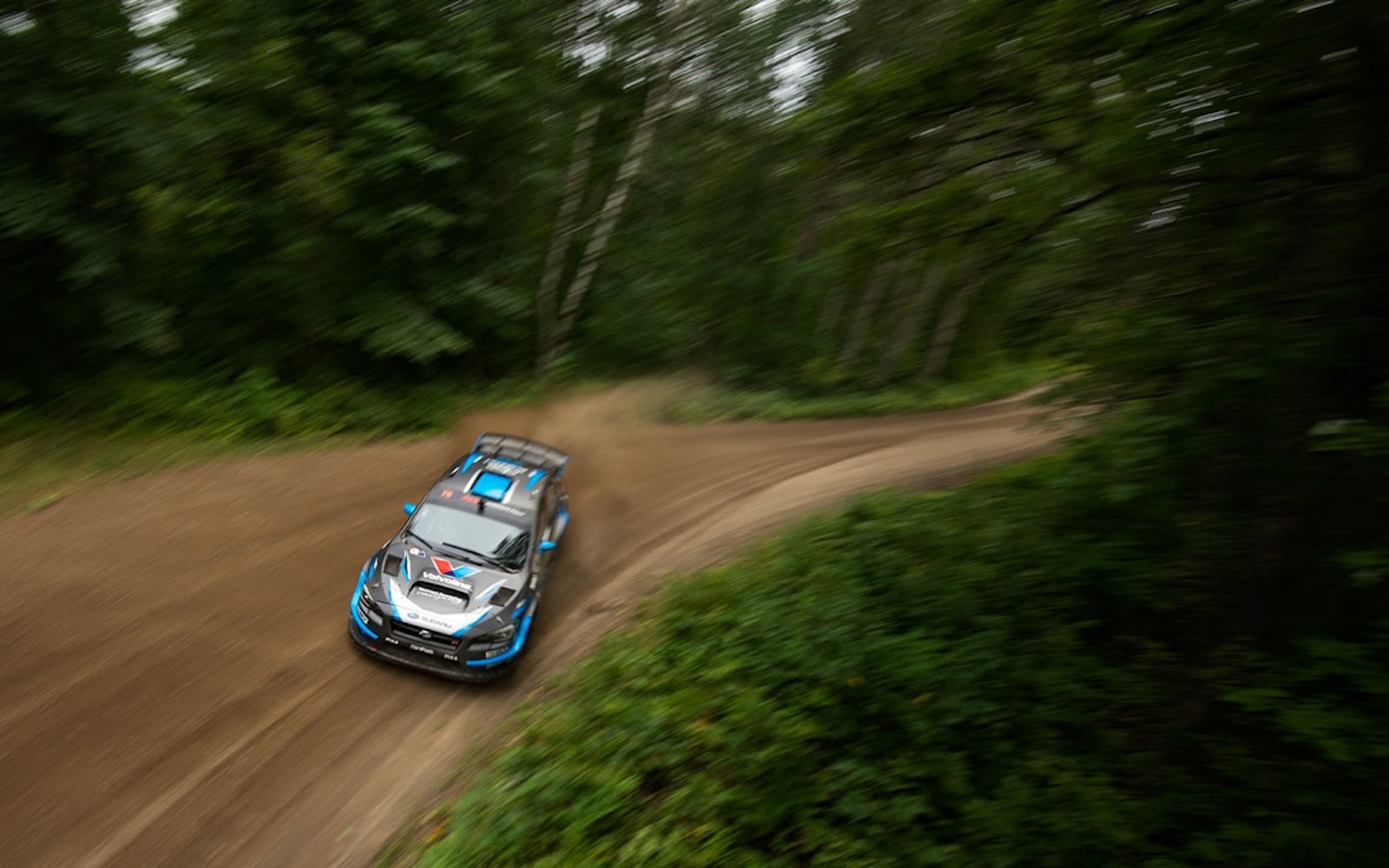 The battle to the finish line between our two guys to the very end of the season was as riveting as it was spectacular,” stated Subaru Motorsports Manager. “Subaru congratulates Travis Pastrana and Robbie Durant on their championship win and thanks both teams for claiming the inaugural ARA Manufacturers’ title for Subaru.”

Higgins, showing his talents in wintery conditions, claimed his first win of the season at ARA Round 1, Rally Perce Neige in Maniwaki, Quebec with Pastrana finishing second.

Using a successful tire strategy, Pastrana answered back with a convincing win at Round 2, Oregon Trail Rally with teammate Higgins finishing second.

Higgins bested teammate Pastrana by just 10.5 seconds in the wet and slippery conditions of Olympus rally, Round 3 of the championship.

At round 4, Susquehannock Trail Performance Rally, Higgins and Pastrana traded the lead several times with Higgins the eventual winner after a tire puncture erased Pastrana’s lead late in the rally.

Higgins’ comfortable lead at Round 5, the New England Forest Rally, was stymied by a large rock in that ripped most of his rear suspension off his rally car late in the rally. A heroic effort by the SRTUSA service crew would get Higgins over the finish line in 2nd place behind Pastrana.

About Subaru of America, Inc.
Subaru of America, Inc. is a wholly owned subsidiary of Subaru Corporation of Japan. Headquartered at a zero-landfill office in Cherry Hill, N.J., the company markets and distributes Subaru vehicles, parts and accessories through a network of more than 620 retailers across the United States. All Subaru products are manufactured in zero-landfill production plants and Subaru of Indiana Automotive, Inc. is the only U.S. automobile production plant to be designated a backyard wildlife habitat by the National Wildlife Federation. For additional information visit media.subaru.com. Follow us on Facebook, Twitter, and Instagram.

Launch Control: Climb to the Clouds at Mt. Washington – Episode 5.07