Cherry Hill, N.J. –  Subaru factory rally drivers David Higgins and Travis Pastrana claimed a 1-2 podium finish respectively at Olympus Rally, round three of the 2017 American Rally Association (ARA) championship, held near the Capitol city of Olympia, WA. Three weeks after an intense battle between Pastrana and Higgins at the Oregon Trail Rally, where Pastrana edged Higgins by just 10.5 seconds, Higgins bounced back at the Olympus Rally, winning seven of the ten competition stages to keep a hard charging Travis Pastrana at bay. With the Olympus victory Higgins now leads Pastrana in ARA Championship points at the halfway point of the season. 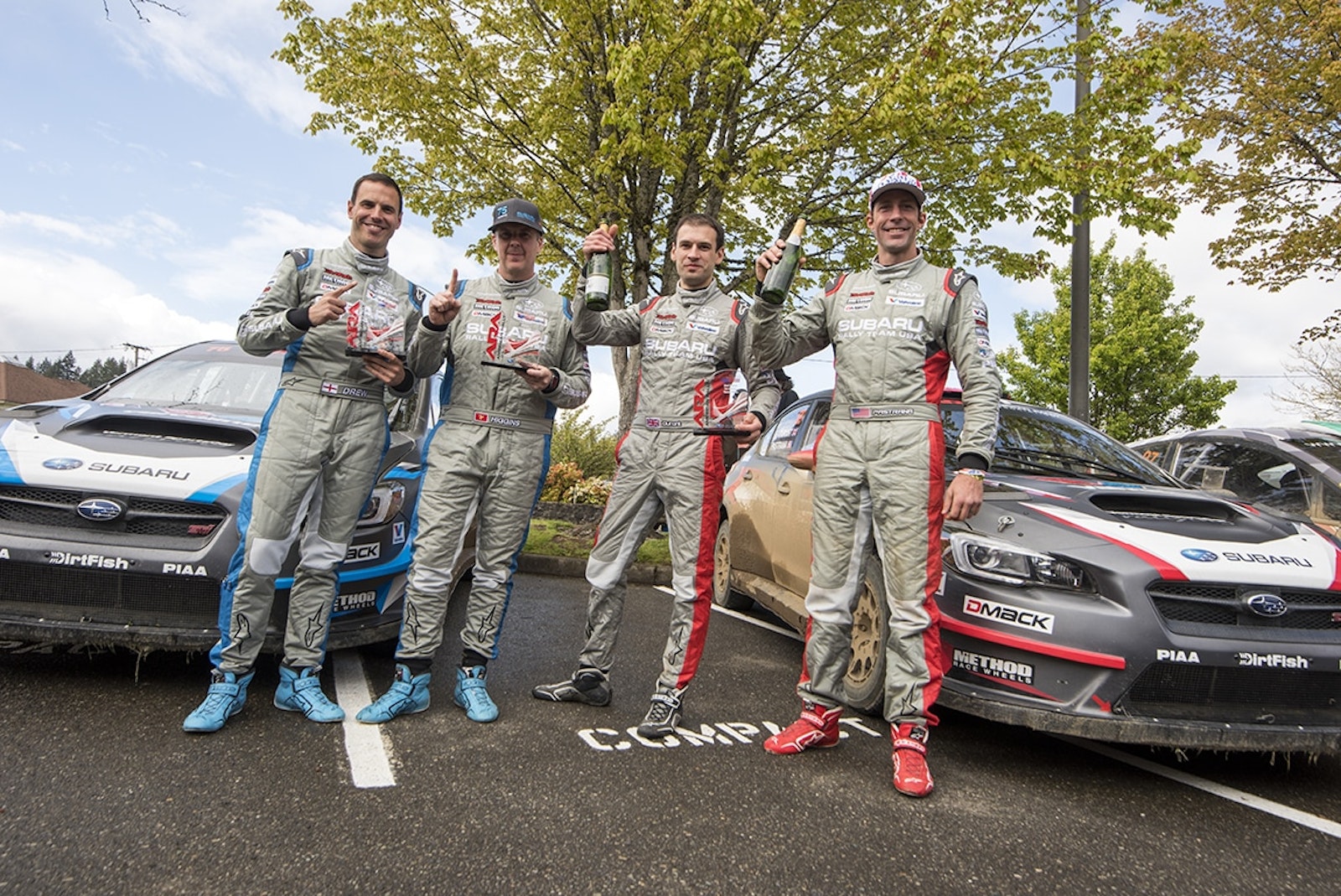 “It’s been a great rally for Craig (Drew) and me. I’m happy to have a good event and be back on the top step of podium,” said Higgins. “Our Subaru was excellent again; this event really had everything from rough roads to wet slick conditions and long stages, it’s a real challenge. Big thanks to Craig again, this was our 30th win working together and we look forward to many more.”

The Olympus Rally, held in scenic western Washington, has a storied past. The rally was part of the first US Rally Championship in 1973 and later ran as a World Rally Championship event from 1986-1988 during the sport’s legendary Group B days. Olympus rally challenged 44 team entries with twisty, loose gravel-covered roads combined with sporadic rain showers. Teams covered 138 rally stage miles over the course of two days. The rally also features two of the longest rally stages in North America at 25 miles each, testing the endurance of both driver and car.

“Conditions were really tough out there with the rain, and the more challenging the conditions and the roads get the more David’s skill set shines through, he was just really good out there,” explained Travis Pastrana. 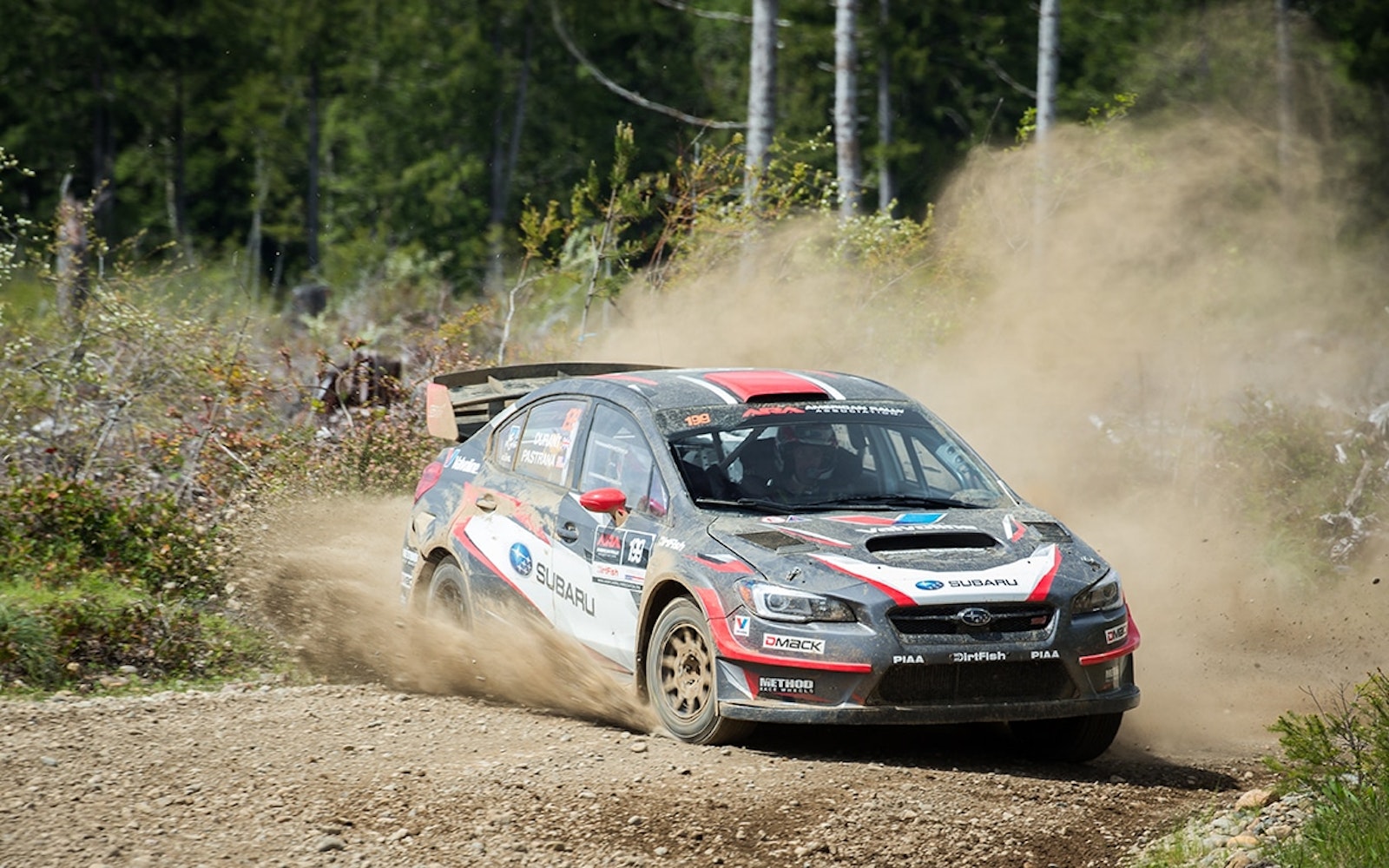 Higgins and Pastrana will square off again at the Susquehannock Trail Performance Rally near Wellsboro, PA June 2-3.
Full coverage of Subaru Rally Team USA is available on the Subaru Motorsports App. To download from the iTunes App store, click here, for Android App on Google Play store, click here. Follow the team on Instagram @srtusa, on Twitter @srtusa, and on facebook.

About Subaru of America, Inc.
Subaru of America, Inc. is a wholly owned subsidiary of Subaru Corporation of Japan. Headquartered at a zero-landfill office in Cherry Hill, N.J., the company markets and distributes Subaru vehicles, parts and accessories through a network of more than 620 retailers across the United States. All Subaru products are manufactured in zero-landfill production plants and Subaru of Indiana Automotive, Inc. is the only U.S. automobile production plant to be designated a backyard wildlife habitat by the National Wildlife Federation. For additional information visit media.subaru.com. Follow us on Facebook, Twitter, and Instagram.