Subaru Rally Team USA driver David Higgins and his co-driver Craig Drew were virtually untouchable at the 2018 New England Forest Rally, leading from start to finish at the notoriously rough and challenging event. Higgins, at the wheel of his 2018 Subaru WRX STI rally car, was chased by teammate and 2017 American Rally Association Champion Travis Pastrana with co-driver Robbie Durant throughout the event but was able to manage his lead and relegate Pastrana to a podium position.

Serving as round four of the seven-round American Rally Association (ARA) National Championship, the New England Forest Rally (NEFR) is a two-day stage rally that takes place on the back roads and logging tracks of western Maine and northern New Hampshire. The stages are rough, technical and dusty and NEFR is known as one of the roughest rallies of the season. However, both Subaru Rally Team USA entries avoided the typical attrition seen at NEFR and ran trouble-free all weekend. The same could not be said for the team’s closest rivals as rapid challenger Barry McKenna dropped out of contention late on the first day with brake issues while Ken Block and co-driver Alex Gelsomino escaped safely from a crash and subsequent car-fire which destroyed their vehicle. 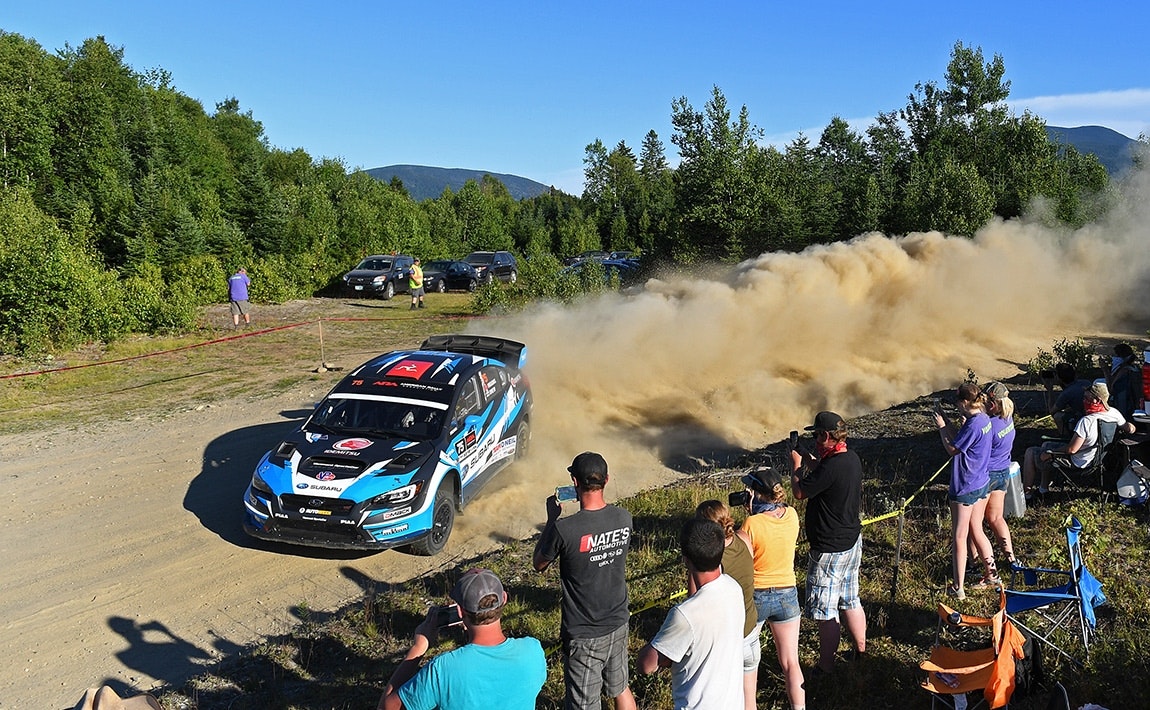 The attrition among their rivals left Higgins and Pastrana to focus squarely on each other. Higgins struck first, going fastest on all four of day one’s stages, including a maximum-attack drive on stage four where he opened a fifty-second lead on Pastrana. With that solid lead in hand Higgins adopted a more defensive strategy on Saturday, driving just fast enough to maintain the margin while not taking big risks.

“It was a really successful first day, we won every stage. On the last one we decided to turn the wick up a bit and were able to take some time out of Travis. Craig (Drew) has been brilliant and so has the car,” explained Higgins. “We knew what we had to do, we pushed hard, got the lead and did a good job managing it. Not a single thing went wrong all weekend which is rare for this rally, so a big hat tip to Charlie (Gerry, lead mechanic on the #75 Subaru) and the boys at Vermont SportsCar for keep my WRX STI in good order.”

Pastrana, back in a rally car for the first time since securing the 2017 championship crown last August, took some time to adjust to a lighter, faster WRX STI built to the new 2018 ARA regulations. Although Pastrana was able to stay on pace with Higgins and go faster than him in a few stages, it wasn’t enough to overcome the lead Higgins created early in the event. Pastrana and Durant would finish 2nd overall based on stage times but at the end of the rally made a timing mistake with their time-cards and received a penalty, dropping them one position to 3rd overall. 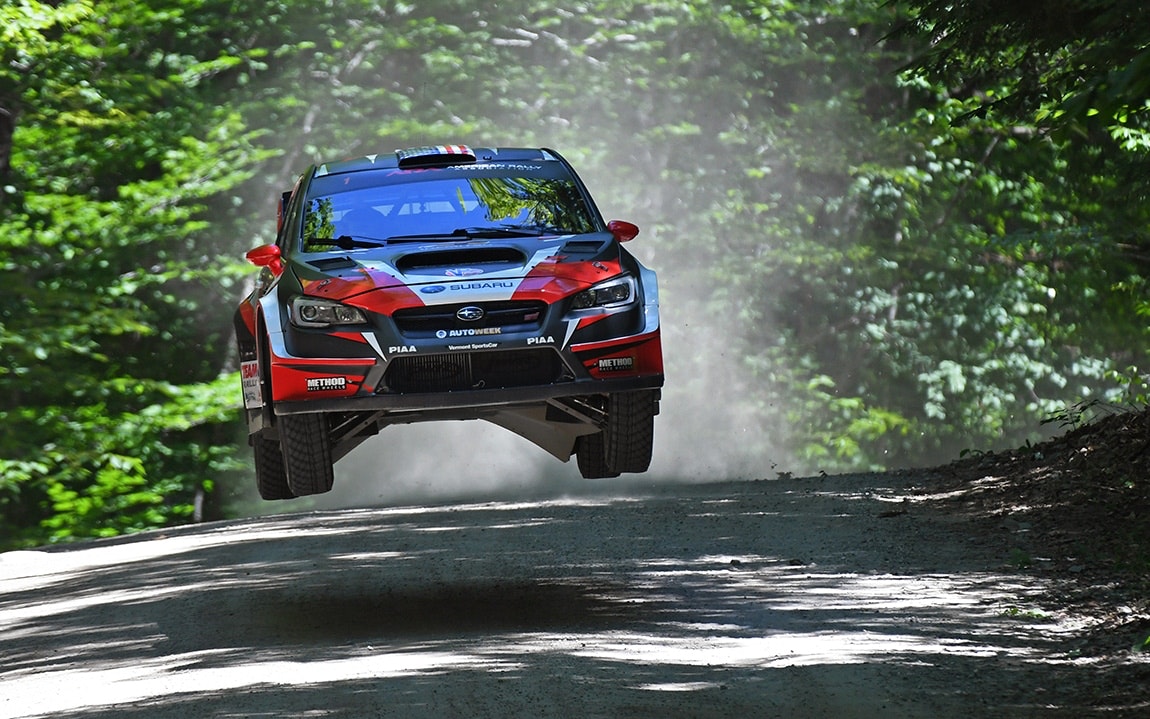 “These updated STI’s accelerate faster, brake harder and they fly better! It was great fun, but David just really got us on that final stage on the first day, and there was no way to catch him unless he made a mistake,” said Pastrana at the podium. “I wish I had popcorn in the car because watching where his lines were, I was just floored with how clean they were. Vermont SportsCar gave us a great car this weekend with absolutely no issues and the guys were perfect all weekend.”

About Subaru of America, Inc.
Subaru of America, Inc. (SOA) is a wholly owned subsidiary of Subaru Corporation of Japan. Headquartered at a zero-landfill office in Camden, N.J., the company markets and distributes Subaru vehicles, parts and accessories through a network of more than 620 retailers across the United States. All Subaru products are manufactured in zero-landfill production plants and Subaru of Indiana Automotive, Inc. is the only U.S. automobile production plant to be designated a backyard wildlife habitat by the National Wildlife Federation. SOA is guided by the Subaru Love Promise, which is the company’s vision to show love and respect to everyone, and to support its communities and customers nationwide. Over the past 20 years, SOA has donated more than $120 million to causes the Subaru family cares about, and its employees have logged more than 40,000 volunteer hours. As a company, Subaru believes it is important to do its part in making a positive impact in the world because it is the right thing to do.