This year’s running of the Oregon Trail Rally was one of the best that we have seen in years! With the inclusion of competitors like Chris Atkinson and Ken Block, expectations for the first round of the 2018 American Rally Association Championship were high and the fans were extremely excited.

The racing and festivities began on Friday evening at Portland International Raceway! Out of all of the rallies in North America, this is one of the best features that OTR has to offer. Being located near a highly populated area makes it easy for fans to meet their favorite drivers and watch some great racing, without the need to drive out to the middle of nowhere. For the competitors, it is one of the very few opportunities they have to race on a tarmac surface throughout the season, which is a welcome change for some and a hinderance for others.

For DirtFish, the night kicked off with final preparations and the tech inspection of the Subaru WRX STI that Sam Albert and Michelle Miller would be competing in. As the fans began to roll in and the teams moved closer and closer to the start of the race, the excitement level started to grow. The atmosphere is what truly makes the inaugural night of OTR special. Everyone is there to have a good time!

Once the racing kicked off, the teams ran in reverse order, with the less experienced drivers going first and the top cars and drivers bringing up the rear. This format allows the fans to enjoy different types of cars they wouldn’t normally see racing. 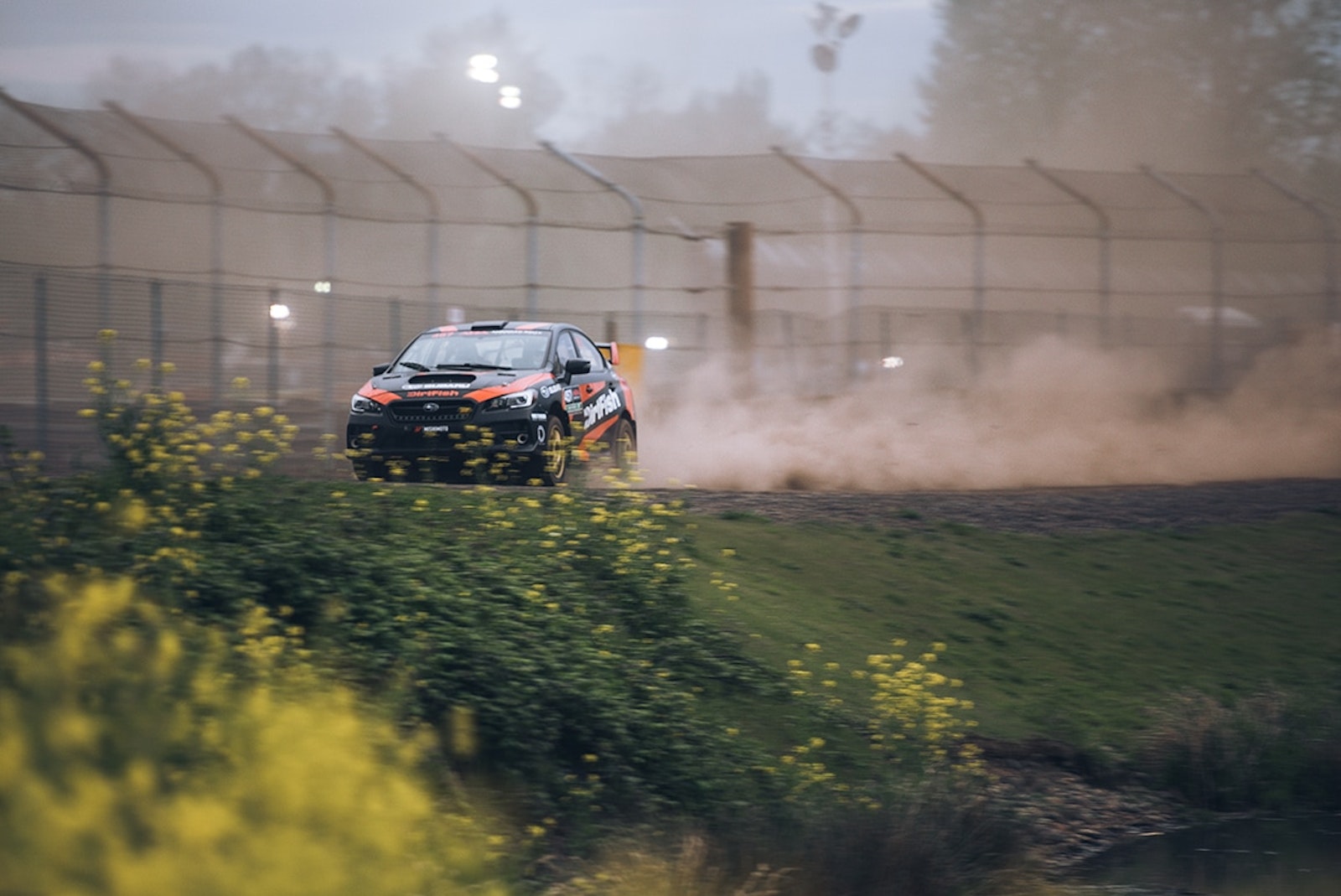 While the racing was exciting, the same couldn’t be said for Sam and Michelle. Due to a couple of small issues, they weren’t able to use the anti-lag system and the boost pressure was lower than what they would typically see on stage. Because of this, the DirtFish instructing duo ended the night in 10th place overall and nearly 25 seconds off of the leaders.

Following the conclusion of the first four stages, all of the teams packed up and made their way east to the rolling hills and valleys surrounding the Columbia River Gorge. Once they arrived where they were staying overnight, the DirtFish team of Mechanics and technicians stayed up late working to correct the issues that had arisen.

Unfortunately, it wasn’t meant to be. The first stage of the following morning was a steep uphill climb for eight miles before dropping down the backside of the mountain for the final four miles. Roughly two miles into the stage, the car began to overheat, forcing Sam to turn off the ALS system. Their goal was to make it to the downhill section that was eight miles into the stage to give the car a break. As they were about to crest the hill, the marshals flagged them down, telling them to stop because they could see flames beneath the car. The CV boot on the front right had broken open and caught fire. Luckily, they were able to put the fire out before it caused any additional damage. Sadly, that wasn’t their only problem… upon further inspection, they noticed oil and coolant all over the engine bay and down the sides of the car. Once they had been towed back to the service area, the team concluded that they had lost compression in one of the cylinders. That was the end of their rally. 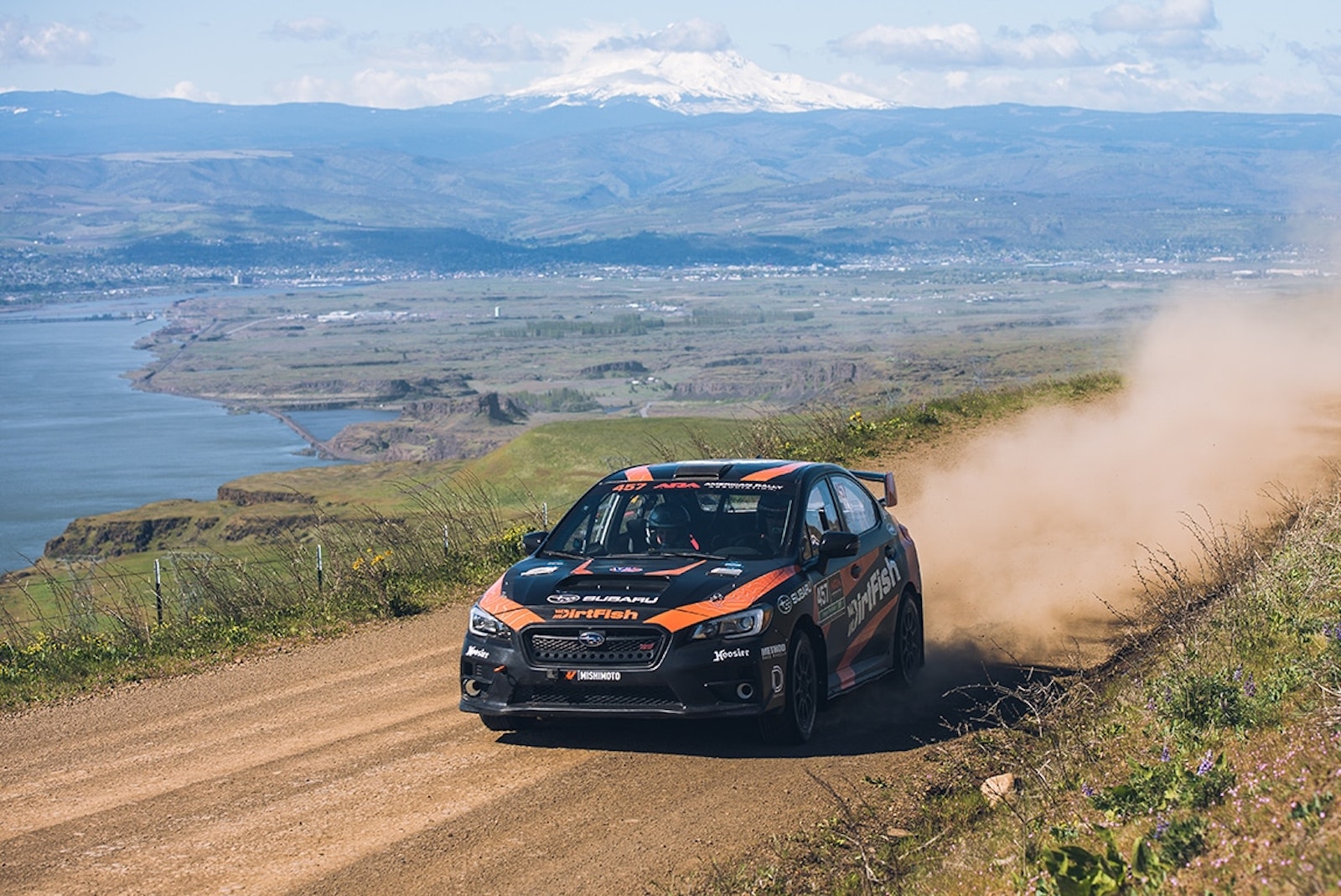 The DirtFish Subaru WRX STI wasn’t the only car that got hotter than expected! Subaru Rally Team USA driver, Chris Atkinson, was surprised by fire and blown engine on his VT18r. DirtFish Driver, Conner Martell, also had a small fire that he was able to put out quickly. The team that had it the worst was the All Fours Rally Team; during one of the stages of the third day, their car became fully-engulfed in flames. Once the fire was extinguished, the only thing left was the charred shell of the car.

It wasn’t all bad for DirtFish drivers over the weekend! Instructor, Travis Nease, had the best ARA finish of his career at 5th place overall following the three days of racing. While Lead Instructor, Nate Tennis, wasn’t able to finish high in the standings, he was the absolute crowd favorite! The fans cheered loudly as he flogged the Volvo 940 Turbo past each of the spectator areas. 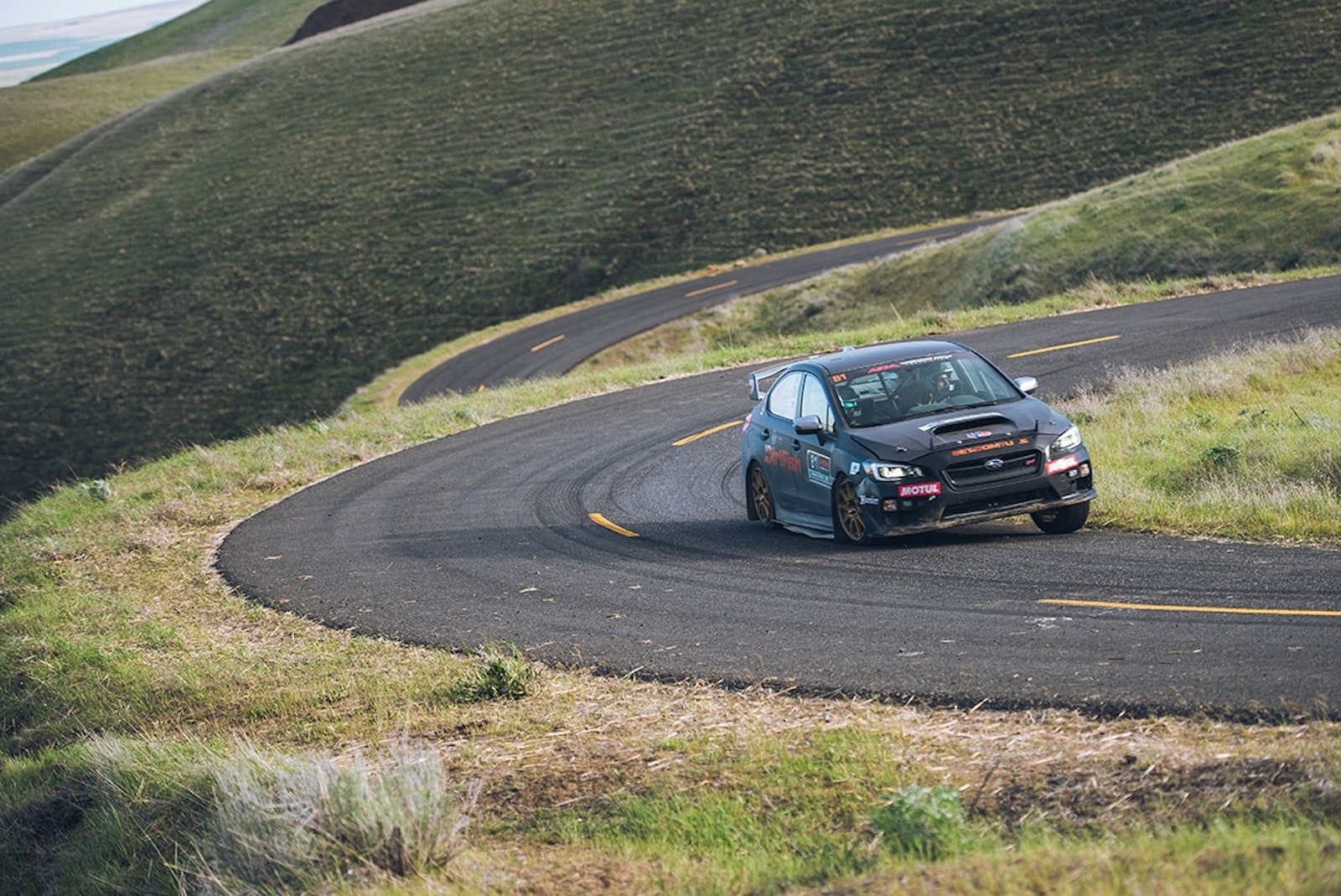 Finally, DirtFish customer and owner of EVIL Bikes, Kevin Walsh and co-driver, Scott Anderson, had a great rally! Finishing 14th overall in their newly-upgraded Blobeye Subaru WRX STI, Kevin and Scott showed an improvement in speed and consistency over the 2017 season. 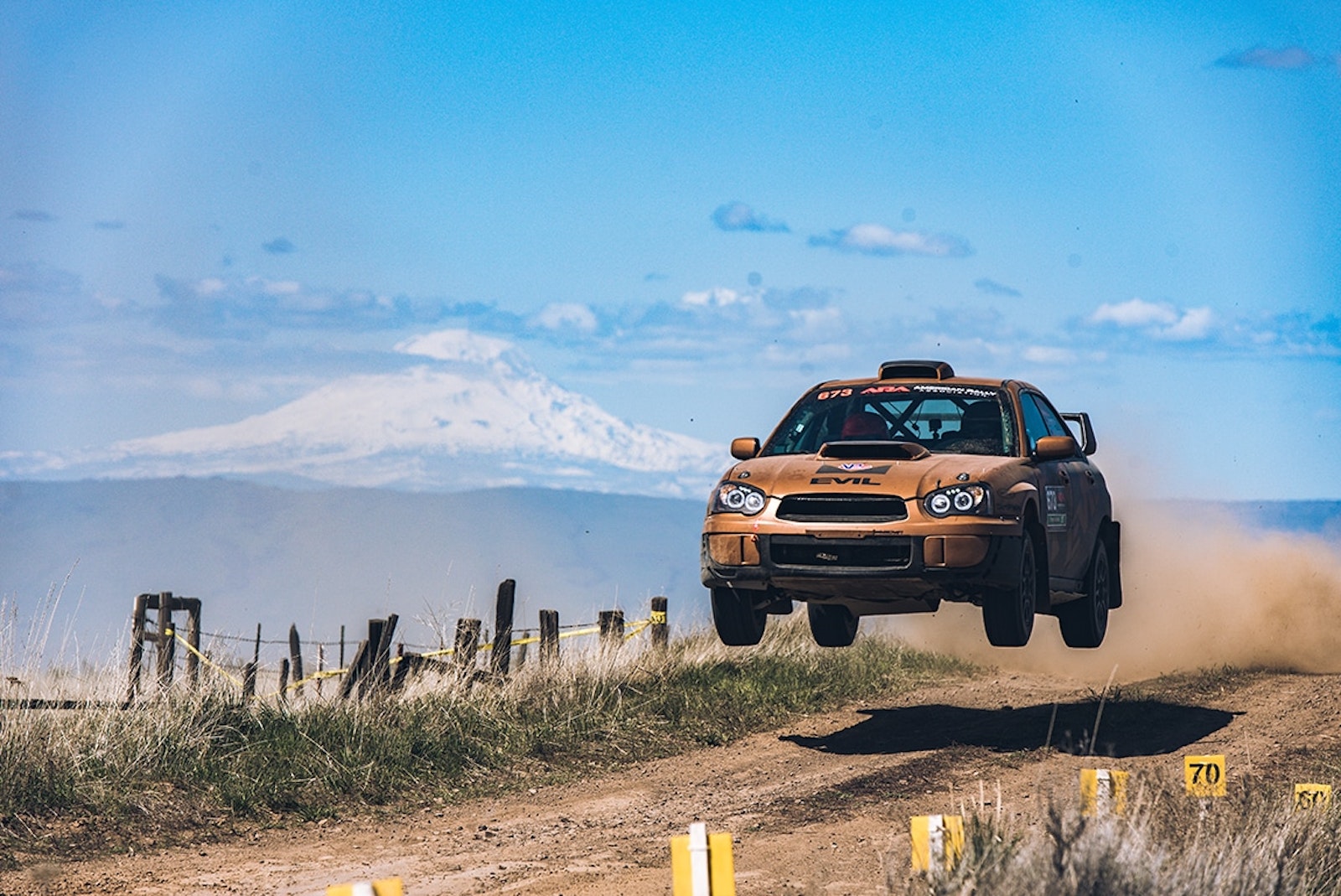 For DirtFish, the 2018 Oregon Trail Rally was very eventful and full of ups and downs. While the results for Sam and Michelle weren’t what we all had hoped for, the rally itself was extremely successful. The number of amazing fans who came out to show their support made the weekend all the more special. To top it off, the competition this time around was some of the best we have seen in years. We hope to see continued momentum in the right direction throughout the 2018 season.

Higgins and Drew Dominate, With Seventh Oregon Trail Rally Win in the Past Eight Years