Subaru Rally Team USA driver David Higgins and co-driver Craig Drew continued their dominance of the Oregon Trail Rally, winning the 2018 edition of the event for the seventh time in the last eight years at the wheel of their Vermont SportsCar-prepared 2018 Subaru WRX STI rally car.  The Oregon Trail Rally, regarded as one of the most scenic and challenging rallies in the USA represented round one of the 2018 American Rally Association series.  It was the perfect start to Higgins and Drew’s 2018 driver’s championship campaign as the duo attempt to earn their seventh championship together while driving for Subaru. 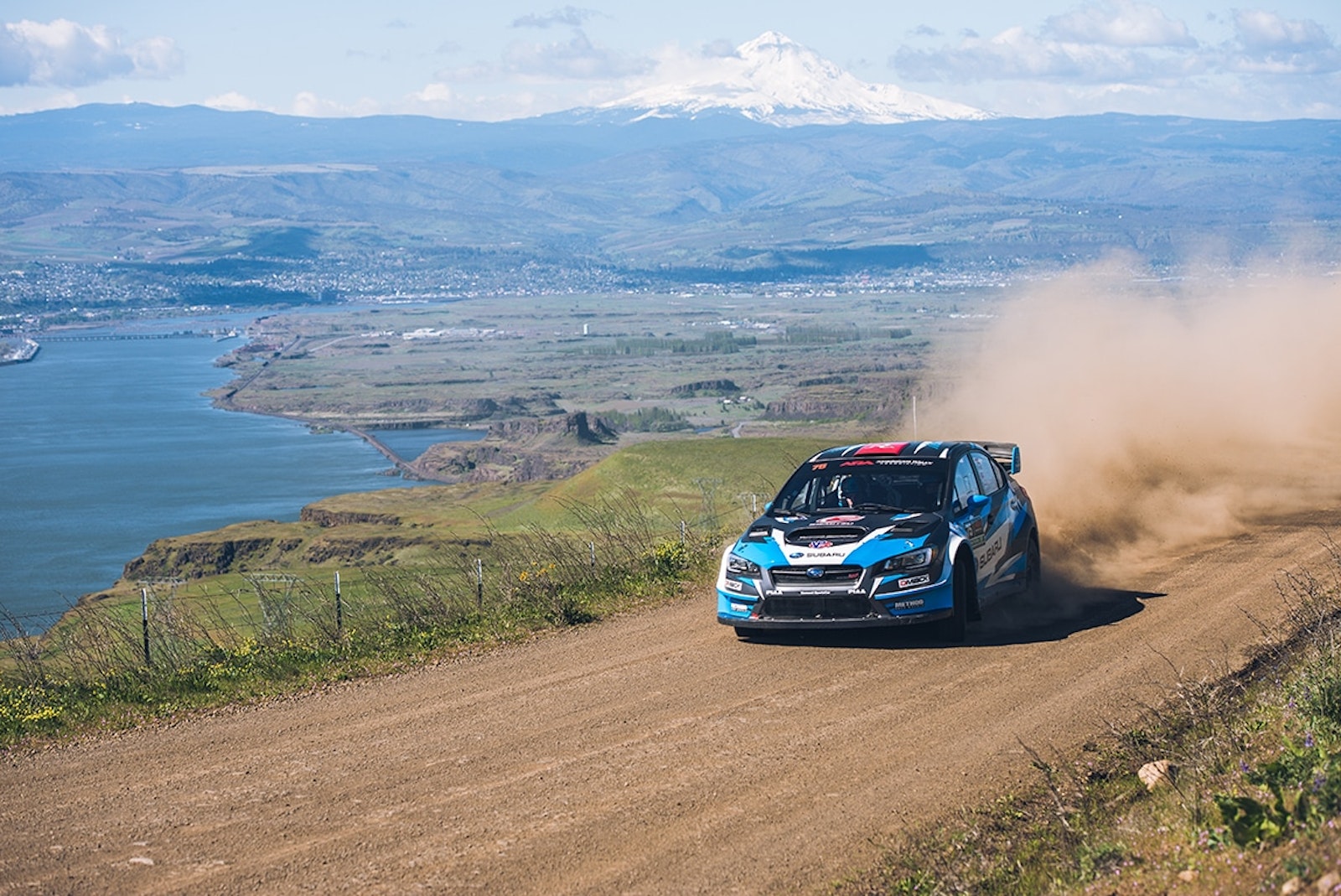 “I’m happy to get the win and it was great to be back in my Subaru again,” explained Higgins at the podium. “Today was a proper Sunday drive just trying to manage our lead! We stayed clear of any problems and our Subaru STI was perfect. This rally is a joy to drive, it has a little bit of everything and the fans are fantastic.” The win was Higgins’ seventh in the past eight years, and his ninth career Oregon win from ten starts.

“After 8 months off we were worried about getting back into a rhythm after so long, but the whole weekend has gone perfectly to plan,” said co-driver Craig Drew. “It’s a perfect start to our 2018 campaign and hopefully we can get the crown back this year.”

An expected tight battle with the other Subaru team car of former Subaru World Rally Team star driver Chris Atkinson and his veteran co-driver Stéphane Prévot was short lived after a mechanical issue sidelined Atkinson for a portion of Saturday’s stages. Atkinson would return for Sunday’s stages and although he was out of the running for an overall result Atkinson went fastest on six of eight stages while also growing more comfortable with his Subaru in what was his USA rally debut. Atkinson has been competing in Rallycross for Subaru for the past two years but had yet to compete in a stage rally event. 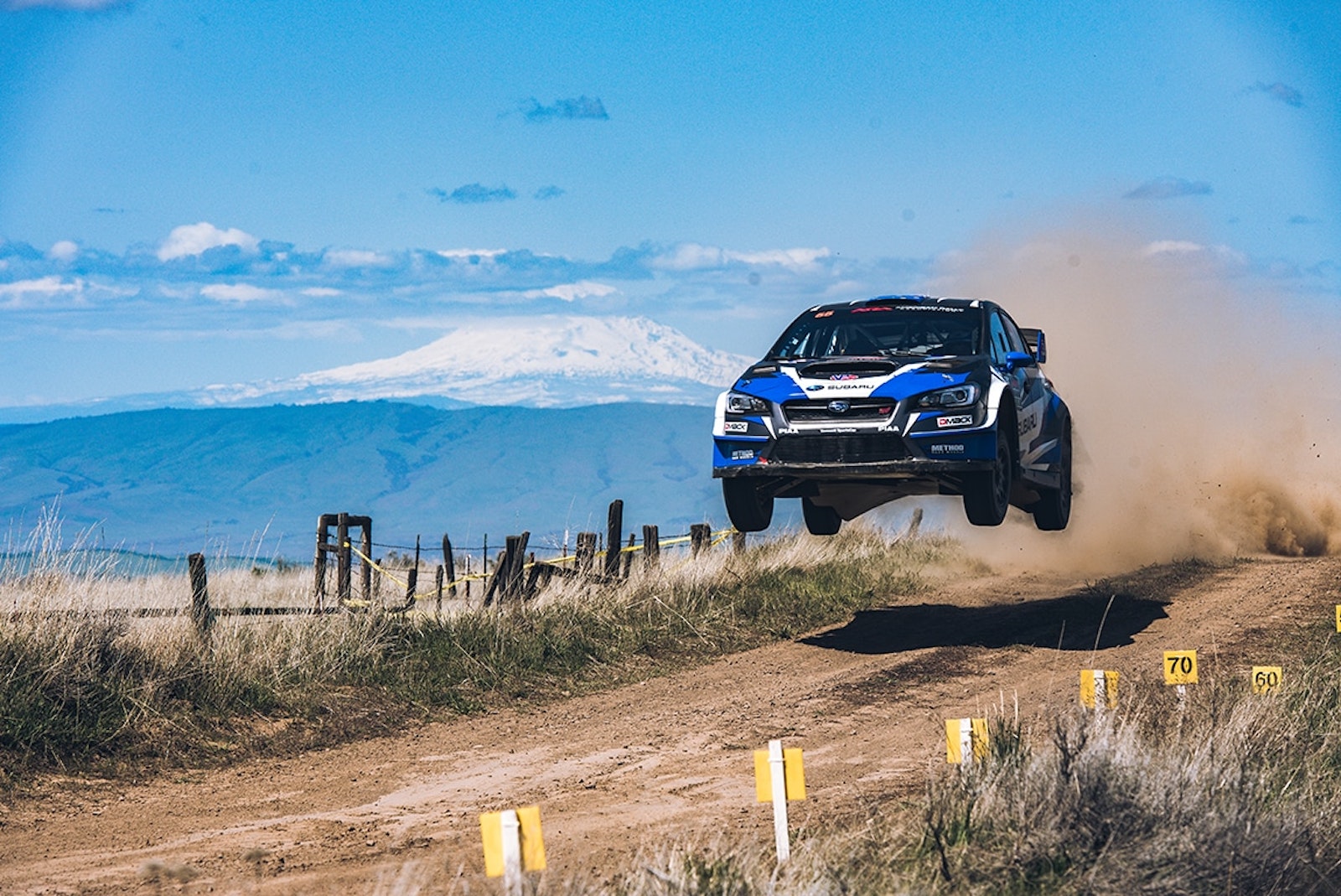 Higgins and Drew began the rally on a charge, going fastest on three of the first four stages at the fan friendly mix-surfaced stages at Portland International Raceway.  With teammate Atkinson just seconds behind them they could not afford to let up on the second day’s action, however once Atkinson was sidelined with a mechanical issue Higgins and Drew found themselves with over a 30 second lead to the closest challenger.  From there Higgins slowly increased his lead without taking big risks as his rivals all lost some time with vehicle issues.  It was a textbook victory for Higgins and Drew as their race-craft coupled with their on-demand outright speed proved yet again the formula for victory.