The 2018 Oregon Trail Rally was a very, very eventful race for all of the teams competing, and Olympus Rally was no different. From unbelievable amounts of dust and broken parts to flat tires and a massive wreck, this running of the Washington-based rally will be one to remember (or forget for some).

Held on logging roads bordering the Olympic National Forest, the Olympus Rally has a mixture of tight, technical sections mixed with flat-out, open areas. As if that wasn’t enough, the sections that were tree-covered were muddy and slick, while the open sections featured some of the worst dust we have seen in years. The dust was so bad that the organizers decided to add an extra minute of time between each car starting to help with visibility.

Subaru Rally Team USA showed up with two cars, as usual. However, they had a new face behind the wheel of the second car- Rallycross driver and Junior WRC Champion, Patrik Sandell. Olympus would be Sandell’s inaugural stage rally event in North America, which meant that he had his sights set high to impress the American fans.

Representing DirtFish Motorsports, Sam Albert and Michelle Miller were looking for redemption following a fire and mechanical issues that ended their Oregon Trail Rally early. To say they did that would be an understatement! Thanks to the DirtFish technicians and the crew at Rocket Rally Racing, all of the previous mechanical problems were remedied, allowing Sam and Michelle to settle into the car and push hard for a top finish. Sam said, “the car worked flawlessly, which helped us focus on driving and what was happening on the road. Michelle’s notes were on point, and we were able to get into a rhythm for the entire race.” At the end of the two days of racing, not only did the DirtFish duo end up on the podium for the Limited 4WD class, they finished third overall! 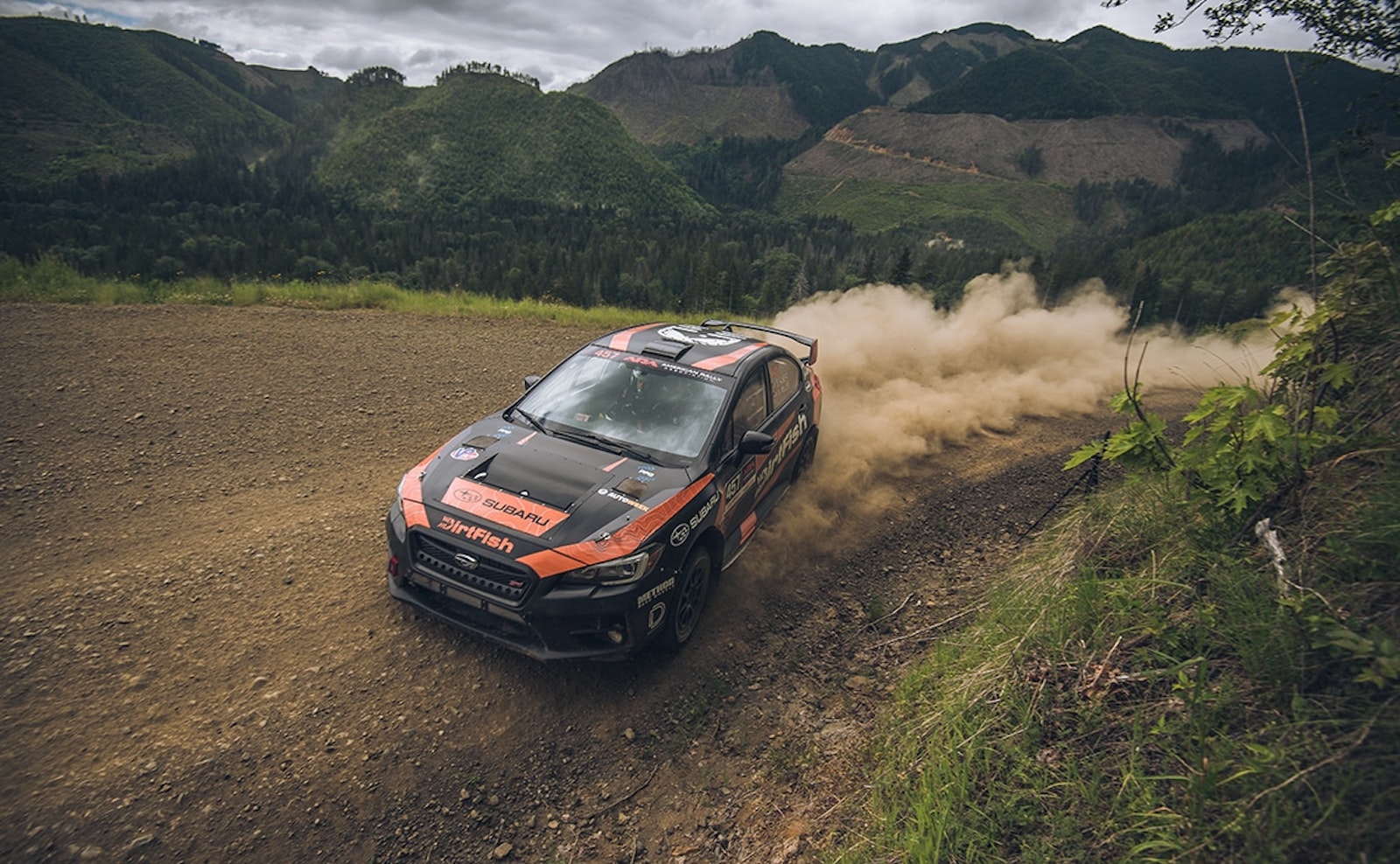 DirtFish Customer and Evil Bikes Owner, Kevin Walsh with co-driver, Scott Anderson, were poised and ready to improve upon their success in Oregon. Unfortunately, during the first few stages, the Evil team experienced issues with their differential controller and ended up snapping an axle. This ultimately ended their rally.

The Evil team wasn’t the only team that had rally-ending problems- SRTUSA Champions, Higgins and Drew, experienced a flat on day one that set them back three minutes followed by a snapped input shaft, which ended their rally on the second day. Privateer, Barry McKenna, also experienced a broken input shaft on the same stage. 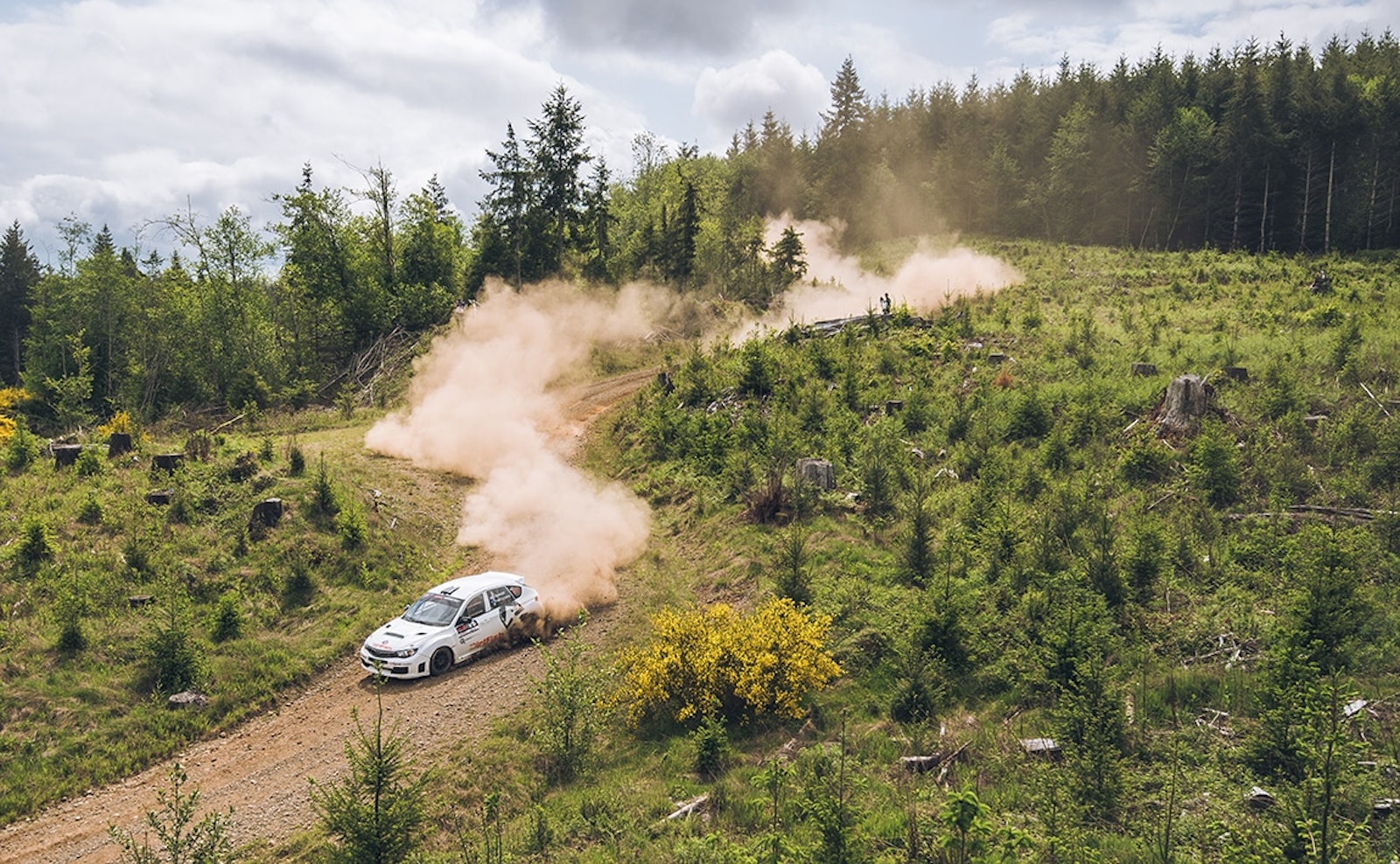 The DirtFish team of James Rimmer and Rhianon Gelsomino, were driving extremely fast and setting top three stage times during the first day. Unfortunately, James and Rhianon experienced the worst end to the rally of all of the competitors. Roughly two miles into the first stage of day two, James went wide, hitting a tree stump on the outside of the corner at 70 mph. The impact sent the car rolling five times, completely destroying the Subaru WRX STI and injuring James in the process. With the car resting on its side, they were able to escape through the roof that had been peeled back during the rollover. The stage was shut down to allow the medical crews to reach James who was experiencing severe pain in his back and pelvis. He was taken directly to the hospital where he was cleared, but extremely sore. He will have a bit of recovery and physical therapy in his future. Miraculously, Rhianon was able to walk away from the crash unharmed. The outcome of this horrifying crash could have been much worse had it not been for the multitude of safety gear that was used in the car. Looking at the state of the car following the crash it is immediately apparent that the roll cage did its job. That is a testament to the meticulous work put in by the cage builders at Rocket Rally Racing, so we praise and thank them for keeping our team safe! 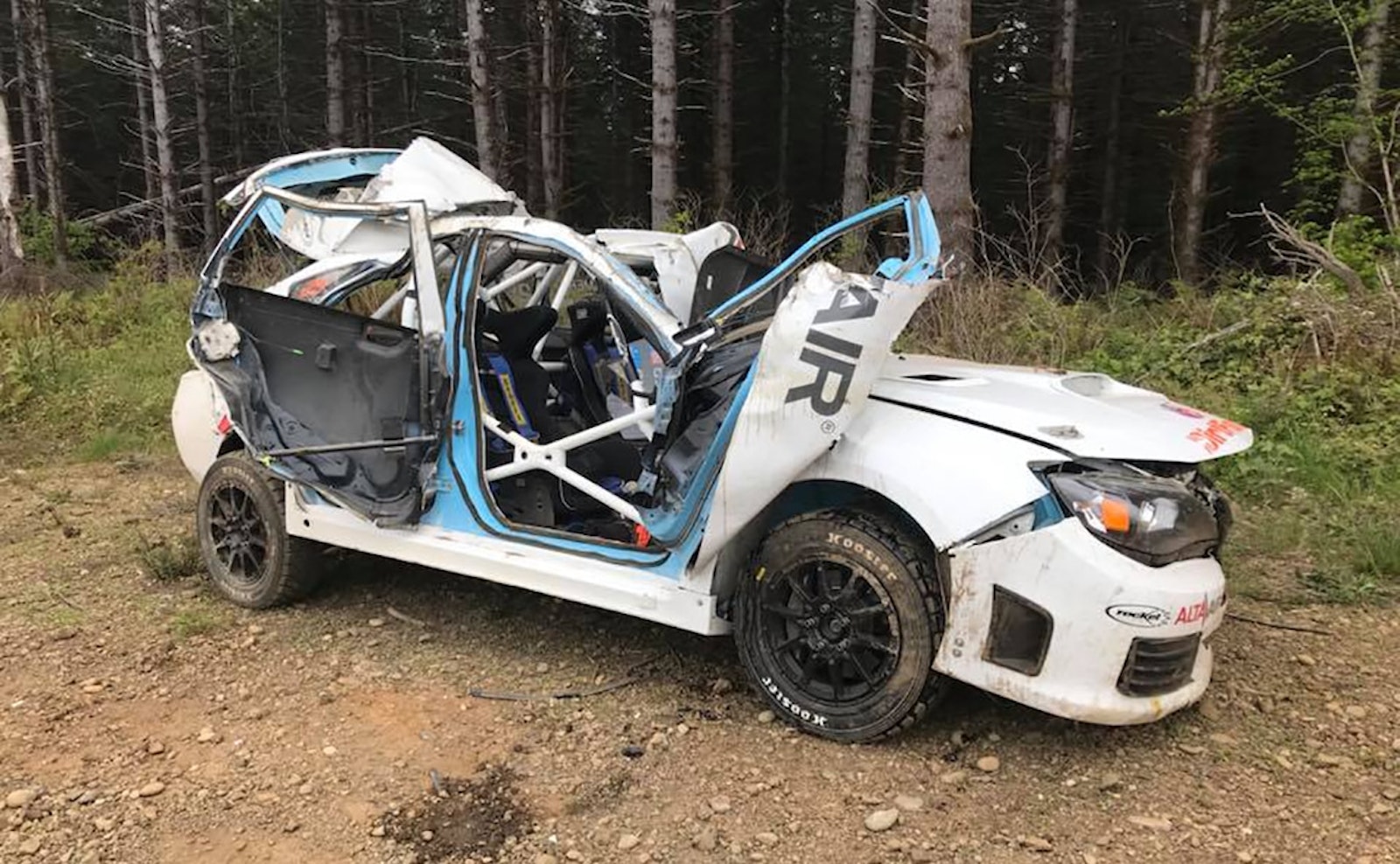 There were a few other DirtFish employees competing throughout the weekend. Lead Instructor, Nate Tennis, was back behind the wheel of the red and white Volvo 940 Turbo. He ran a clean rally, putting on a show for the spectators every chance he got and ultimately finished 3rd overall in the regional standings and dominating the 2WD class by over a minute. DirtFish Instructor, Travis Nease, was competing in the highly competitive Limited 4WD class where he finished 7th overall in national standings. Rounding out the DirtFish employees was Photographer/Co-driver, Daniel Piker. He and Driver, Matt Dickinson, finished 3rd in Limited 4WD and 4th overall, which is impressive with this only being Daniel’s 2nd and Matt’s 3rd rally ever! 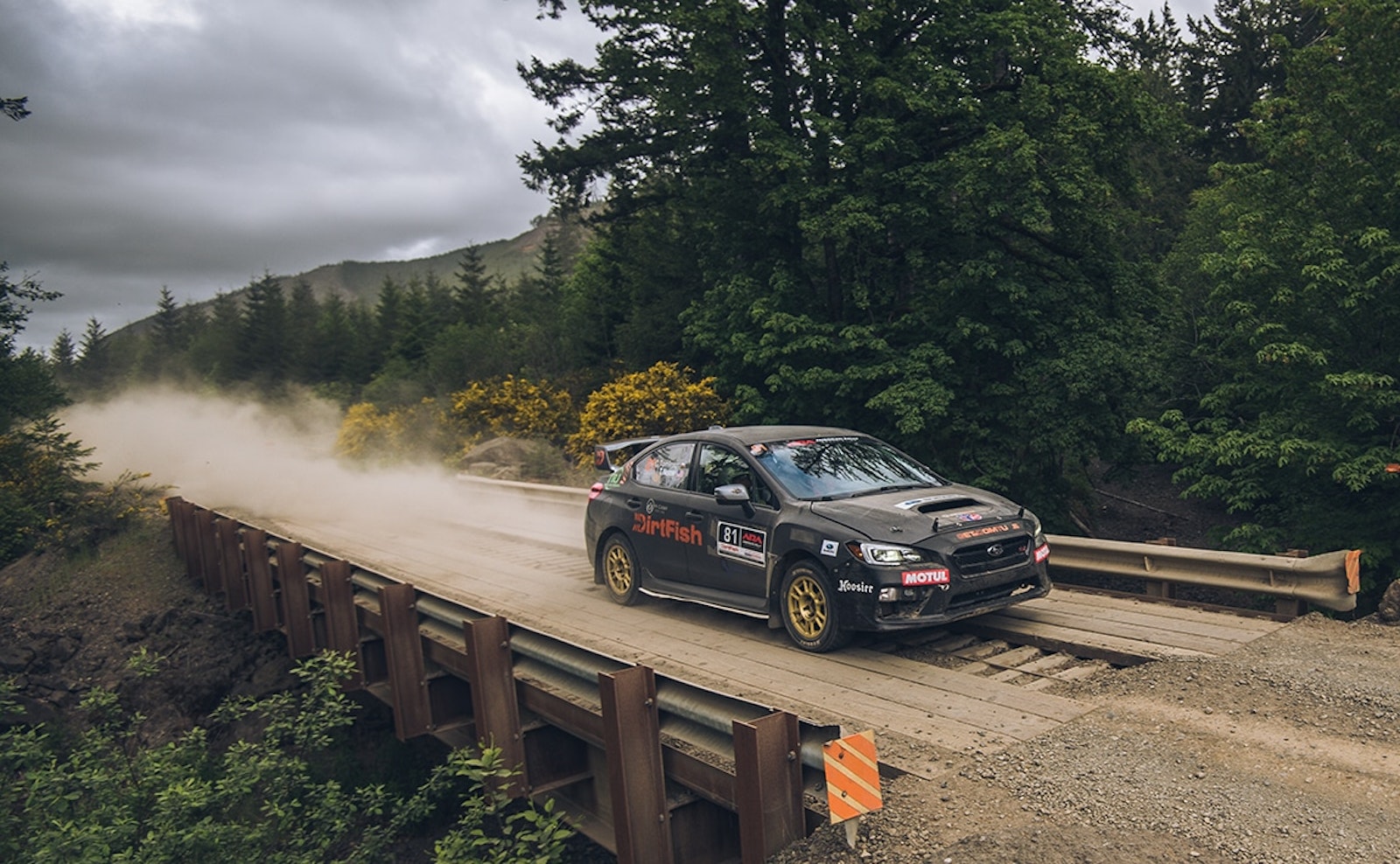 Olympus Rally will continue to be one of the most eventful rallies on the ARA Calendar. Ever changing conditions, rough roads and treacherous corners will continue to make the competition intense long into the future.

The next stop on the ARA calendar is the Susquehannock Performance Trail Rally, in Wellsboro, Pennsylvania. Be sure to follow all of the action throughout the season with Sam Albert and Michelle Miller on social media.