It’s that time of the year again – the West Coast rally season began this weekend in the Pacific Northwest at the 2017 Oregon Trail Rally. Not only was this the first West Coast event of the season, it was the first U.S. event for the newly created American Rally Association following their inaugural event at Rallye Perce Neige in Eastern Canada.

As usual, the rally began with the first four stages on Friday night under the lights of Portland International Raceway. This is something that is unique to Oregon Trail Rally. There is no other rally in the United States that hosts any part of their race at a location that is centrally located in a large metropolitan city. With the close proximity to the city of Portland, the first night of the rally draws thousands of spectators. That crowd has consistently grown over the years and has turned this rally into one of the best for spectators and fans, which is great for growing the sport of rally in this country. 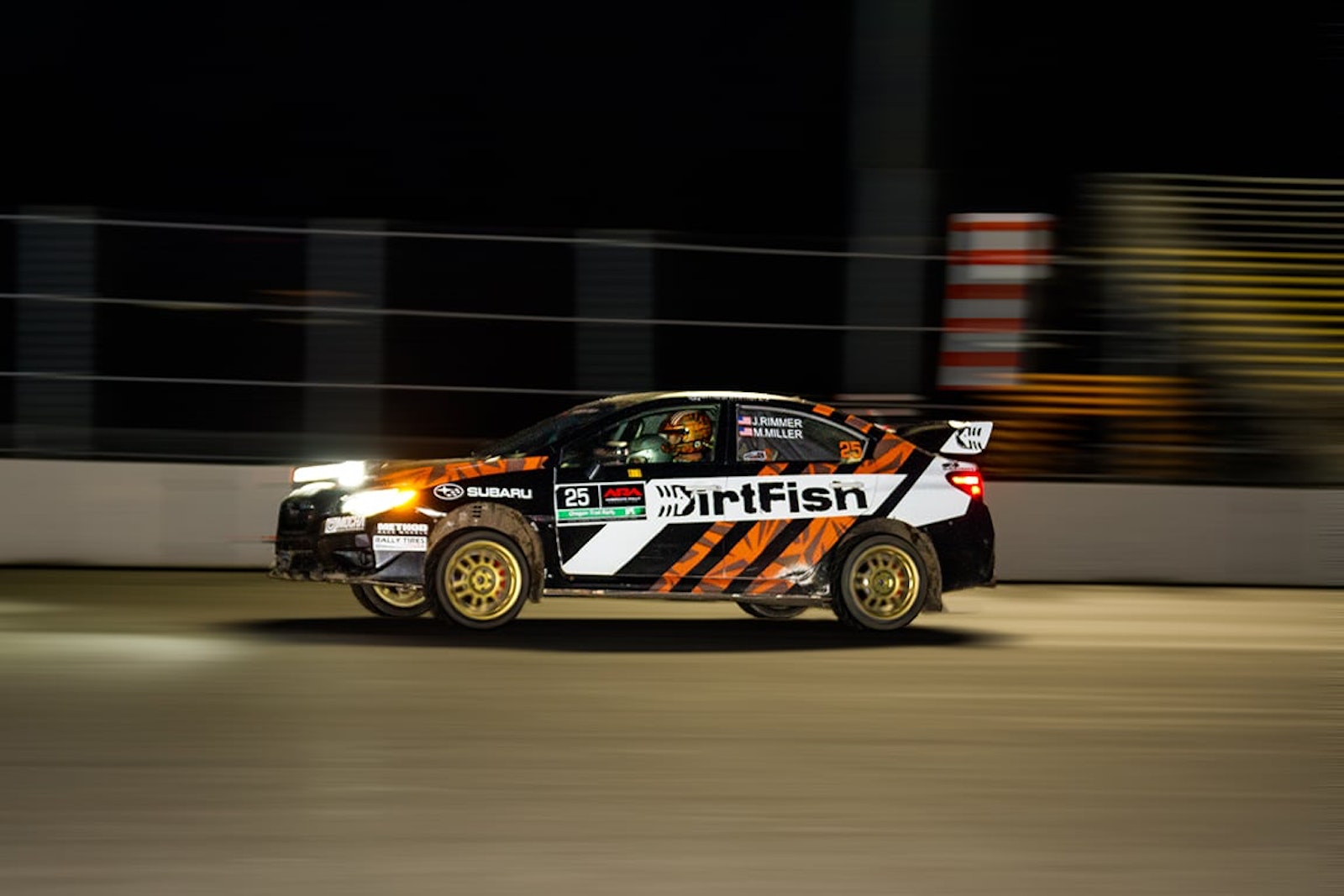 Oregon Trail Rally was also the first full stage rally of 2017 for James Rimmer and the DirtFish team. James’ final race of the previous season was the tight, technical and snowy Big White Winter Rally in Kelowna, British Columbia. There, he was able to prove himself as a competitive force laying down very fast stage times and even finishing second behind Canadian Rally Champion, Antoine L’Estage, on one stage. That was the first event he had competed in the 2016 DirtFish Subaru WRX STI National Restricted Open class car.

This weekend, he was back behind the wheel of the same car with one slight change – it is now equipped with a KAPS Dog Box Transmission. This would give James quicker gear changes and benefit him in the tighter, more technical sections. The only downside with the dog box is that it only has five gears rather than the six that come stock in the STI, which would limit his top speed in the straighter sections.

The first night of racing at PIR was a great shakedown for the car. With the stages crossing between dirt and tarmac, James was able to get a good feel for the car on the surfaces that he and co-driver and DirtFish Motorsports Manager/Instructor, Michelle Miller would be experiencing throughout the weekend. The duo finished Friday evening sitting in 7th overall and 3rd in the National Restricted Open class. The real test would come on the following two days, where the team would race on nearly one hundred stage miles through Eastern Oregon and Southern Washington. 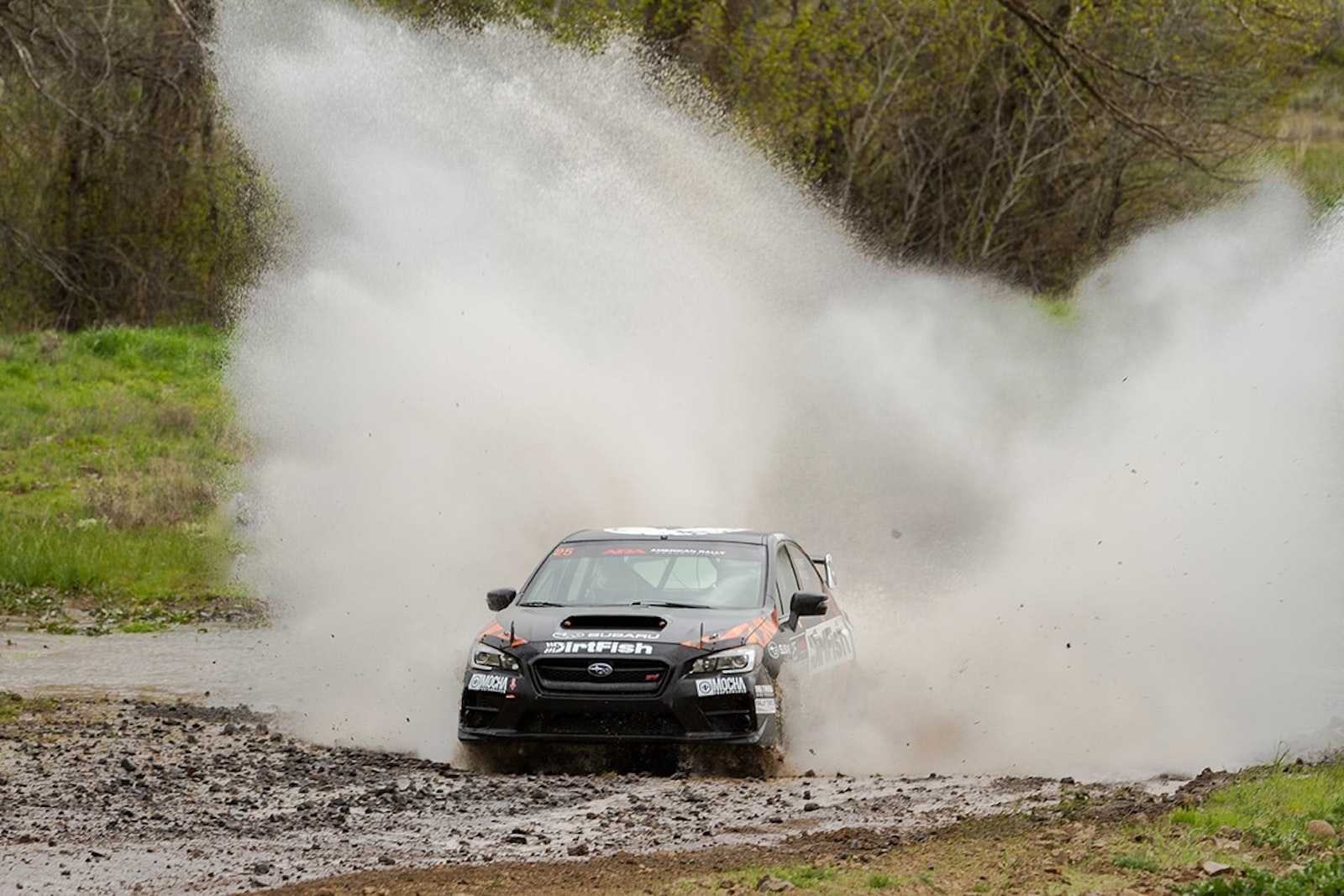 Saturday started early in the small town of Dufur, Oregon. For those of you who don’t know, Dufur is located southeast of Hood River. The stages on this day were all about high speeds and wide open corners with a few technical sections mixed in. This is also the day of the notorious Big Boyd jump, which is normally a 90-100mph jump for the top competitors. With Travis Pastrana and David Higgins already walking away with the number one and number two overall positions, the real battle would be happening in the rest of the top ten. That’s right where James and Michelle were sitting throughout the weekend. Once James and Michelle were out on the Dufur stages, he was really able to open the car up and lay down some fast stage times. His one limiting factor was the gearbox; his nearest competitors were able to hit a much higher top speed on the straightaways, but James was able to topple them on the more technical sections usually finishing twenty seconds faster than his nearest competition on a few stages.

When it came to launching off of the Big Boyd jump, this year the organizers decided to make it a little more fun and set up a bit of a competition, measuring the speed and distance of each car. I think it is safe to say that James really excelled at this; he sent that Subaru WRX STI over the jump one hundred and ten feet at ninety-two miles per hour, giving him second longest jump tied with David Higgins and the third fastest speed! 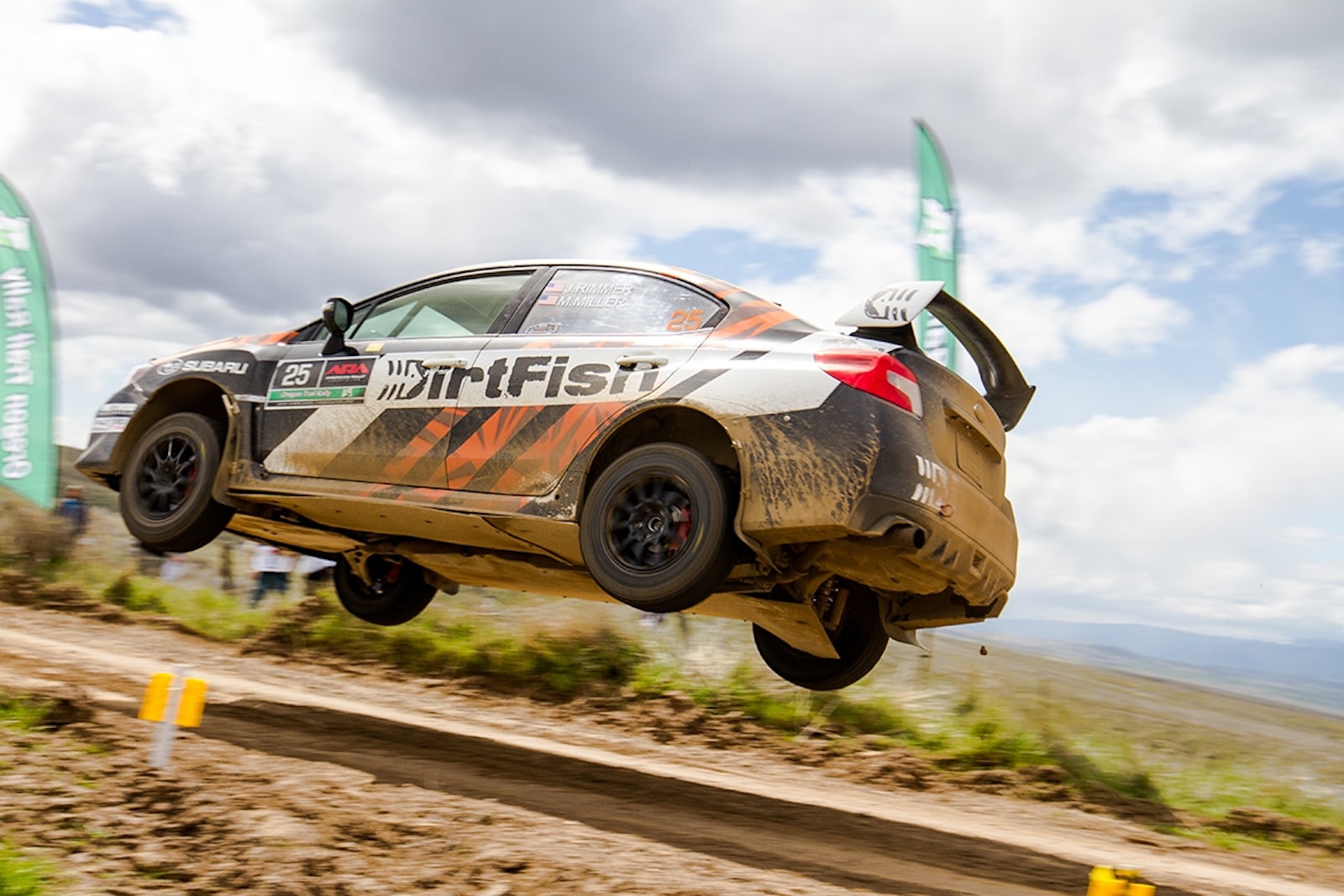 At the beginning of the third day, James and Michelle were sitting in 5th overall and 2nd in the NRO class. For Sunday, the stages moved across the Columbia River Gorge the dirt roads around Goldendale, Washington. These are some of the most scenic rally roads in America. The first of which winds up a hillside from the base of the Gorge up to Goldendale with an unbelievable view of the Columbia River below.

Racing on the more technical roads used on the Sunday stages, James and Michelle began to reel in the NRO class leader, Jeff Seehorn, closing the gap with each stage. Two of the more iconic stages of the day were held on the well-known Maryhill Loop Road. With it’s pristine tarmac and perfectly apexed corners, this hillclimb was all about taking the best line and maintaining speed through each of the corners. This was a new experience for James since the majority of his tarmac experience has been on the Red Bull Global Rallycross tracks (which is a bit more than a little different). As he and Michelle neared the end of the rally, they had made up a lot of time and were comfortably sitting in 5th overall and 2nd in NRO. Unfortunately, on the second-to-last stage their engine gave up and they weren’t able to finish the rally.

Although James wasn’t able to finish, he was able to prove for a second time that he has the skills needed to compete at the highest level of stage rally in North America. Not only that, but the event was a great way for him to get some quality seat time before heading to the first Red Bull Global Rallycross race in Memphis, Tennessee this weekend. Follow James and Conner Martell’s progress this weekend on our Facebook and Instagram and watch to see if Conner will podium again for the first race of the season! 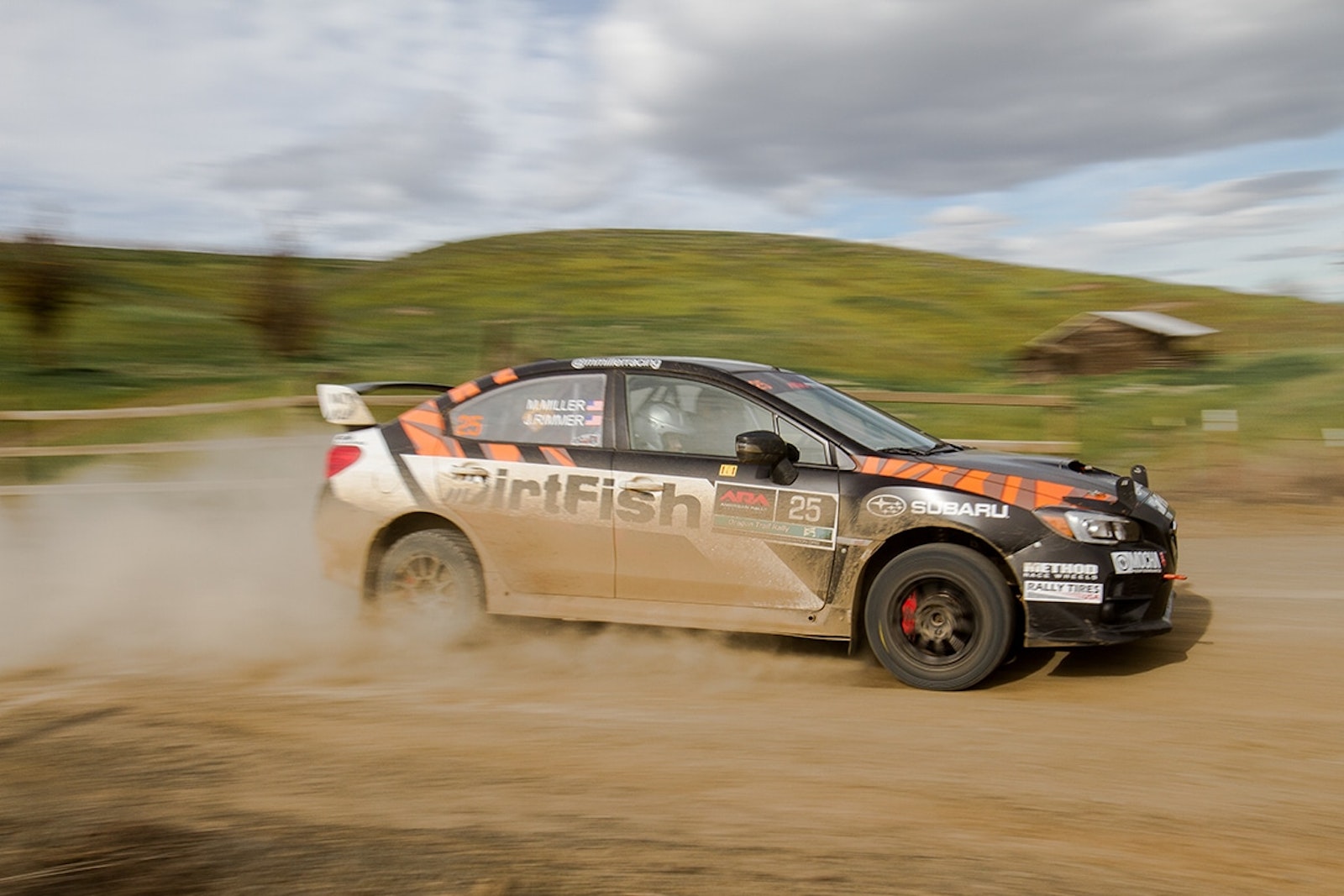