We recently caught up with Travis Pastrana to find out more about his unbelievable record up to the top of the Mt. Washington Auto Road during the Climb To The Clouds hillclimb race. Two weeks ago Travis, David Higgins and Subaru Rally Team made their way to Northern New Hampshire to race to the top of the highest peak east of the Mississippi in an attempt to be the fastest up the mountain. Not only was the team trying to be the fastest of the weekend, their goal was to be the fastest of all time. They spent the time leading up to the race preparing two identical Subaru WRX STI hillclimb cars that were pumping out double the horsepower of Travis and David’s normal rally cars for the best chance to set a new record. Travis was able to not only beat his teammate’s previous record, but he destroyed it by 25 seconds! Find out what he had to say about his time up the mountain in the Q&A below:

DF: What was your initial reaction the first time you drove the 600hp beast that Vermont SportsCar had built for the record attempt? Did you know right at that moment that you had a car that could beat the record?

Pastrana: The first time I stepped on the gas pedal in my rocket ship of a hillclimb Subaru, you couldn’t take the grin off my face for the rest of the weekend. There was no doubt in my mind that David and I weren’t just racing for the win, but one of us was going to come home with the record so long as the weather held, and it turned out to be a spectacular weekend.

DF: What is your favorite section of the Mt. Washington Auto Road? What is the sketchiest section?

Patrana: My favorite section was the part about 3 miles up until the dirt at about mile 5. It’s the most technical part with the most bumps and jumps.

The top is the sketchiest by far. Speeds around 140mph and regularly putting a wheel over the edge of the narrow road with a few hundred foot drop on one side and no guard rail or catch fence. 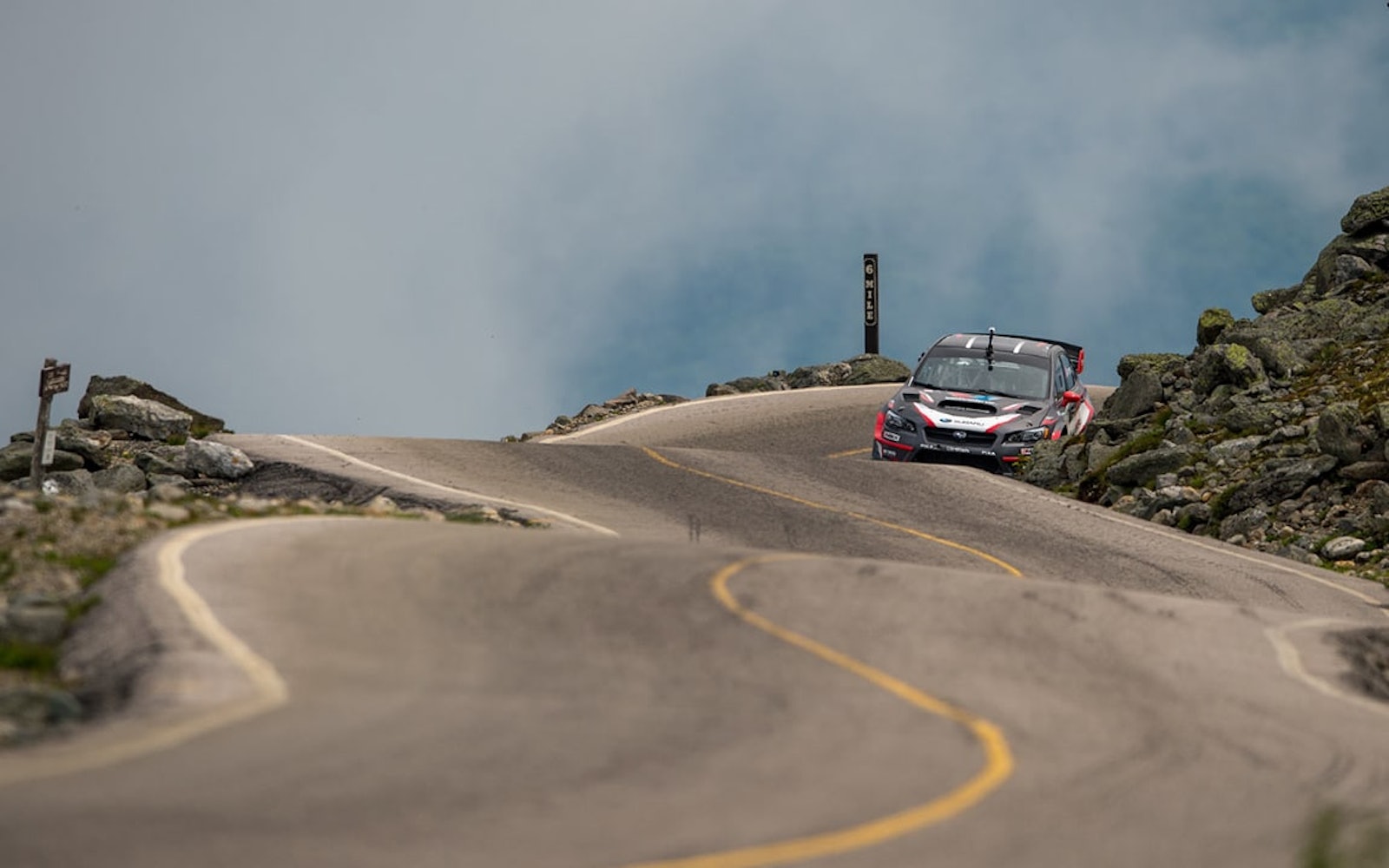 DF: Once you were on the mountain for the first time in the car, how much different was it than the previous race with the rally cars and a co-driver?

Pastrana: It didn’t even feel like the same road. Our speeds were so much higher coming into every corner that we were braking coming into corners that we would have been flat out through in 2014.

DF: What was going through your mind on the starting line?

DF: Did you know that you dropped a tire off the road above a rather gnarly drop-off?

Pastrana: A few times.. haha. Whenever the car was weighted to the outside I felt it was okay to cut the insides a bit.. the tires pretty much float over the inside drops. 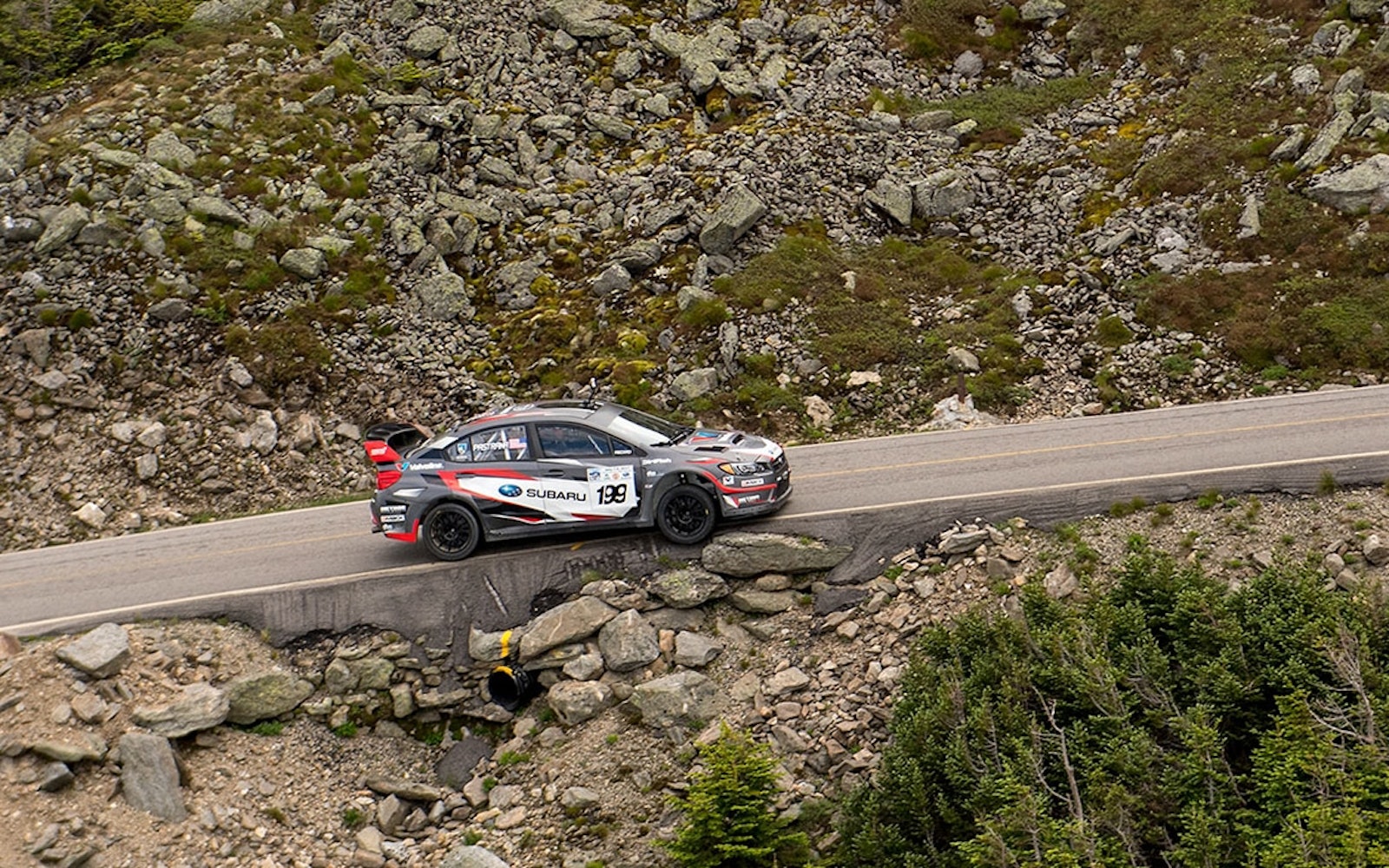 DF: When you arrived at the top, did you know that you had beaten the record? How did it feel when you found out that you had DESTROYED it?

Pastrana: Mt. Washington is the only event I’ve done in a car where it takes a few minutes to catch your breath and be thankful you made it to the top without flying off a cliff before you think about asking what your time was! I knew what my split times were from the two days prior and I was pretty certain I had beaten the old record, but I had no idea if anyone else had broken it before I got there!

DF: And finally, what words of wisdom did the brilliant Craig Drew have for you at the race?

Pastrana: Everyone at SRTUSA refers to Craig as “The voice of speed!”, and he did an amazing job as team manager for the event! With John Buffum leading up the hill climb and the rest of our team at Global Rallycross. it was a great call to have Craig there!!

If you missed it, watch the full record run up the Mt. Washington Auto Road below: