Following the latest British F3 Championship race, DirtFish Driver, Benjamin Pedersen had the opportunity to join Global Racing Group for another round of the F3 Americas Championship at Road America. Overall, Road America was very successful for him! He and the GRG team dominated the weekend with pace and results. By the end of both races, he crossed the finish line in P1 with a gap of more than 7 seconds to P2 and claimed the fastest lap times in both races. With the strong showings he’s had in the US championship, he has now moved up to 2nd place in the Driver’s Championship, which is a powerful statement considering he has missed six races in 2019.

As the Friday morning qualifying session got underway, the team decided to have Benjamin wait in pit lane for the first 5 minutes to let the morning moisture evaporate off of the track surface. This strategy worked! As the track cleared, his times became faster and faster. For the remainder of the session, he battled red flag conditions ruining his fast lap times with every attempt except one, which secured him a P3 position for the start of Race 1. Upon review of the data, Benjamin could have secured pole by roughly 0.7 of a second. Unfortunately, due to the red flags and position on track, P3 was the best he could achieve. 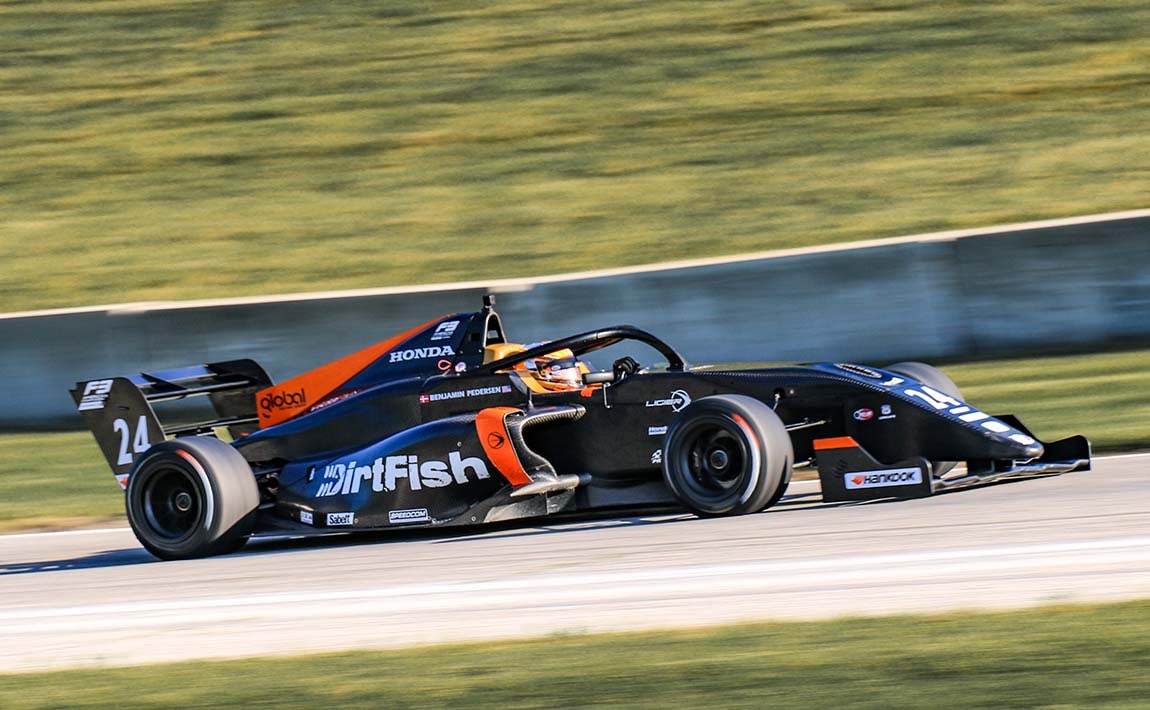 At the start of Race 1, Benjamin’s focus was on the win. As the lights went out, he had a decent start that was equal to P1 and P2, so he went into turn one right behind them in P3. He was quickly able to make a pass on P2. Unfortunately, he made a small mistake in the braking zone that pushed him wide into the runoff area, dropping him back to P3. The pace was strong, so catching back up didn’t take long, and by the time he was at the end of the first lap, the nose of his car was back on the gearbox of P2. At the end of the first lap, a full-course caution came out, which bunched up the field of cars. Luckily, there was a long straight away right after the restart zone, so the caution ended up serving as a great passing opportunity!

As the race went back to green, Benjamin got the run on both P1 and P2 which made turn one very tight. By the time they made it to the braking zone, he was a little bit late on the brakes and gave the P2 car a little nudge on the rear tire. Luckily, his front wing wasn’t damaged, but the momentum was enough to push the other driver wide, and move Benjamin into P1. With the car in good shape, Benjamin pushed hard to try and increase the gap ahead of the rest of the field, which he was able to do by large margins. He was even able to set the fastest lap time of the race by over 1 second! As the 35-minute race progressed, the drivers saw two more periods of full-course caution, and on each restart, he was able to maintain P1 and increase his gap each time. As the checkered flag came out, Benjamin crossed the finish line in 1st place with more than an 8-second gap to P2. Unfortunately, that wasn’t how the official results would remain. After being served two very borderline penalties (that weren’t consistent with similar incidents earlier in the season), he was pushed back down to 5th. With no other option than to get over it, all focus quickly changed to Race 2 where Benjamin would be starting in Pole Position again! 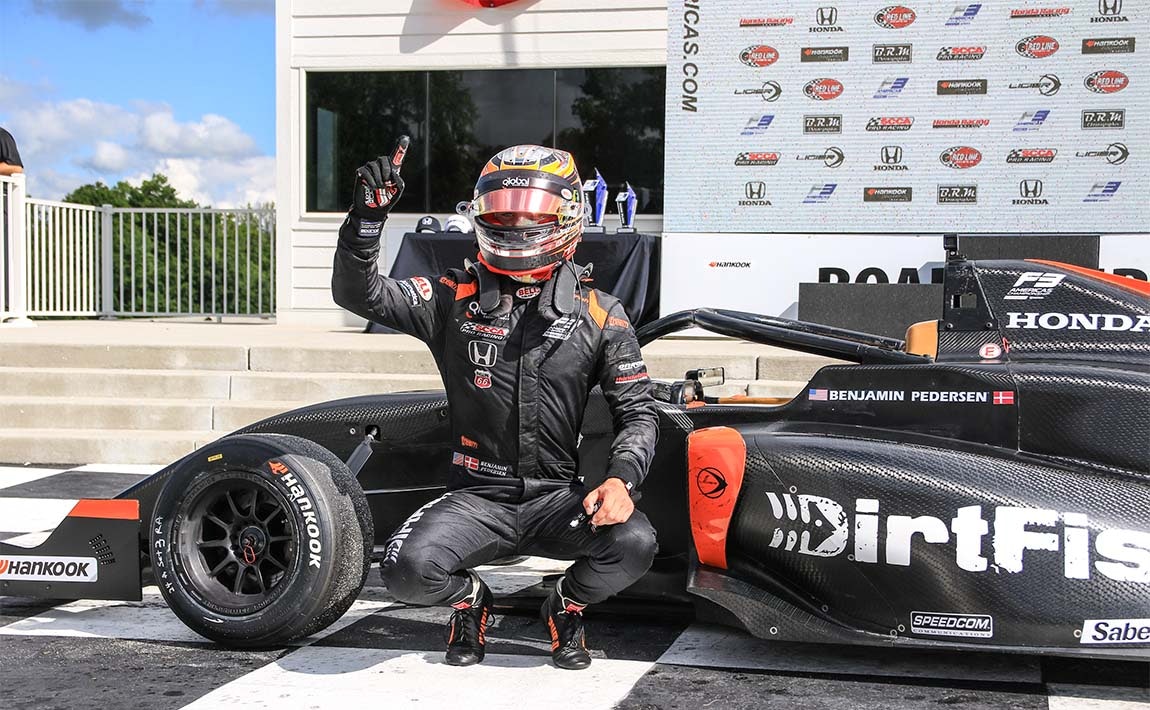 In the final race of the weekend, Benjamin was focused on having a good start and a strong first lap to pull away from the field. As the lights went out, he had a stellar start and was able to maintain P1 through turn one, and from then on, he was able to increase his lead with every lap. The race went on for the full 35 minutes with clean racing and no full-course cautions, Benjamin to continue pushing hard with every lap and extend his lead. As the checkered flag came out, Benajmin crossed the finish line in 1st again! To top it off he won by more than 7 seconds, and was able to secure the fastest lap time of the race! This wasn’t just a great race for Benjamin; it was a huge success for Global Racing Group who landed two of their drivers on the podium.

The final three races of the 2019 season take place this weekend at Sebring International Raceway.