The final F3 and F4 rounds took place at Circuit of The Americas and coincided with the Formula 1 race. Benjamin Pedersen and Global Racing Group were able to produce some excellent results! During the weekend, the team participated in the F4 US Championship as well as the F3 Americas Championship and suffice it to say, it was a jam-packed event for the entire team! There were times that Benjamin would have to get out of one car at the end of a session and immediately get settled into the other car. In 2017, Benjamin was able to put down the lap record for an F4 car, and this year, he was able to do the same in the F3 car, which is a huge accomplishment! 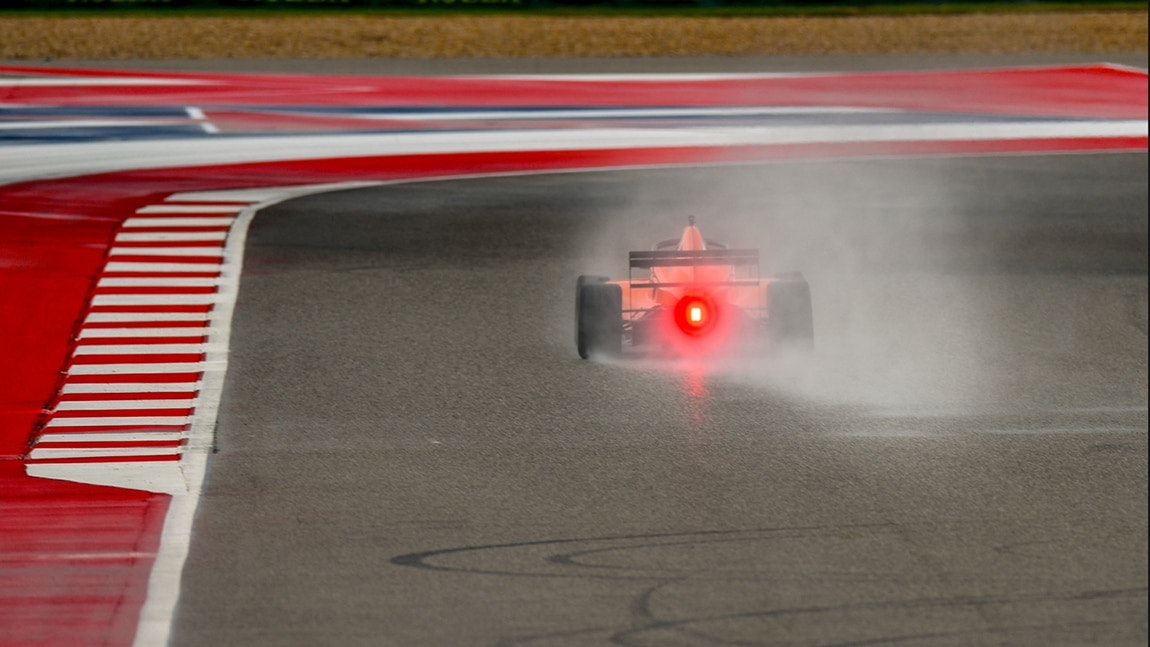 Qualifying for both F3 and F4 took place on Friday. It had rained prior to the F3 qualifying session, so the team opted for a rain setup, which turned out the be the optimal choice. Benjamin put down fast lap times right from the start, putting him into P2 during the opening laps. That was a very good thing because as the track began drying out the rain tires began to wear a lot more causing him to lose grip and time. The F4 qualifying was extremely competitive and the times were very tight with thirty-three cars in the field. Benjamin started strong by working his way right up to the pole position, where he remained until the halfway mark of the session when he was pushed back to P5. Luckily, the times were so close that there were only two tenths between him and the leader.

The following day featured Race 1 for both the F3 and F4 series. For Benjamin, the F3 race came first and went off without any major drama. From the start, he maintained his P2 position and stayed right on the gearbox of the leader for the entire race. Both drivers drove away from the rest of the field crossing the finish in 1st and 2nd position. Following that race, Benjamin had to move directly over to his F4 car. The F4 race was not without drama thanks to another driver aborting the start in the middle of the starting grid. The entire field then had to line up for a rolling restart that cut into the number of laps they were able to run. In the final three laps of the race, Benjamin made a pass on the driver in P4. They continued to battle for the 4th position all the way until the end of the race, with the other driver coming out on top and Benjamin finishing in 5th. 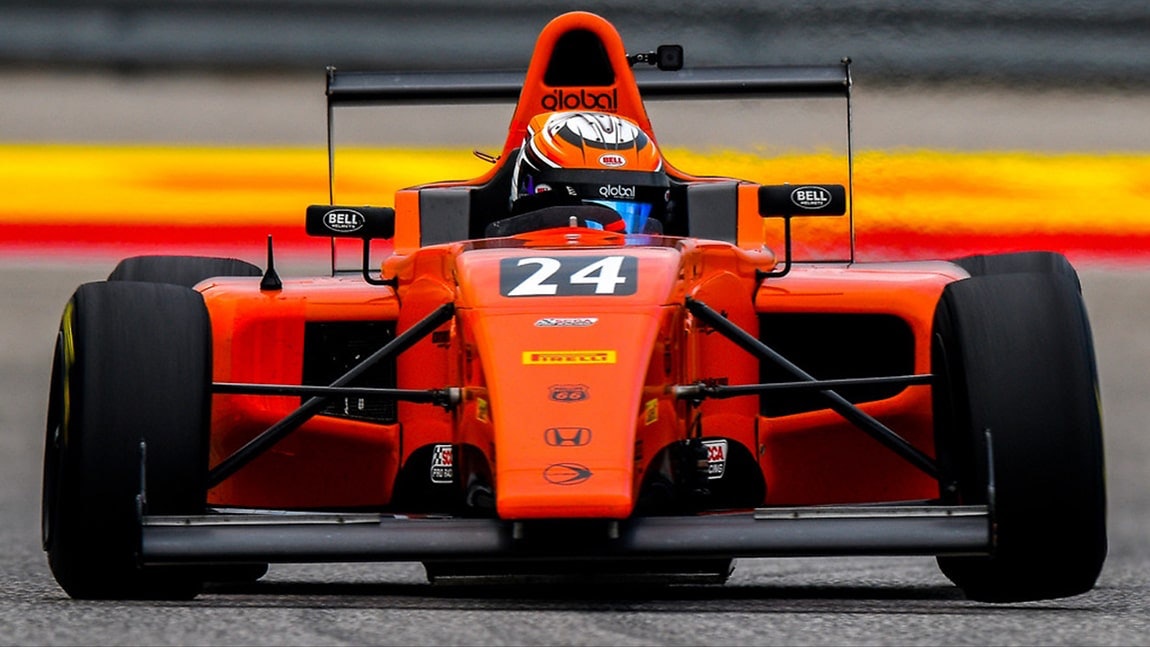 The final day of the season elicited some very exciting driving! During Benjamin’s F3 race, he started again in P2 and on the clean side of the track. From the start, he put pressure on the lead driver, pushing them both to set a breakneck pace and pull away from the rest of the field. On the final two laps of the race, Benjamin came alongside the P1 driver, and they went two-wide from turn 19, through turn 20, past the white flag, and all the way through turn 5 before the driver in P1 was able to pull ahead to win the race by two tenths of a second. 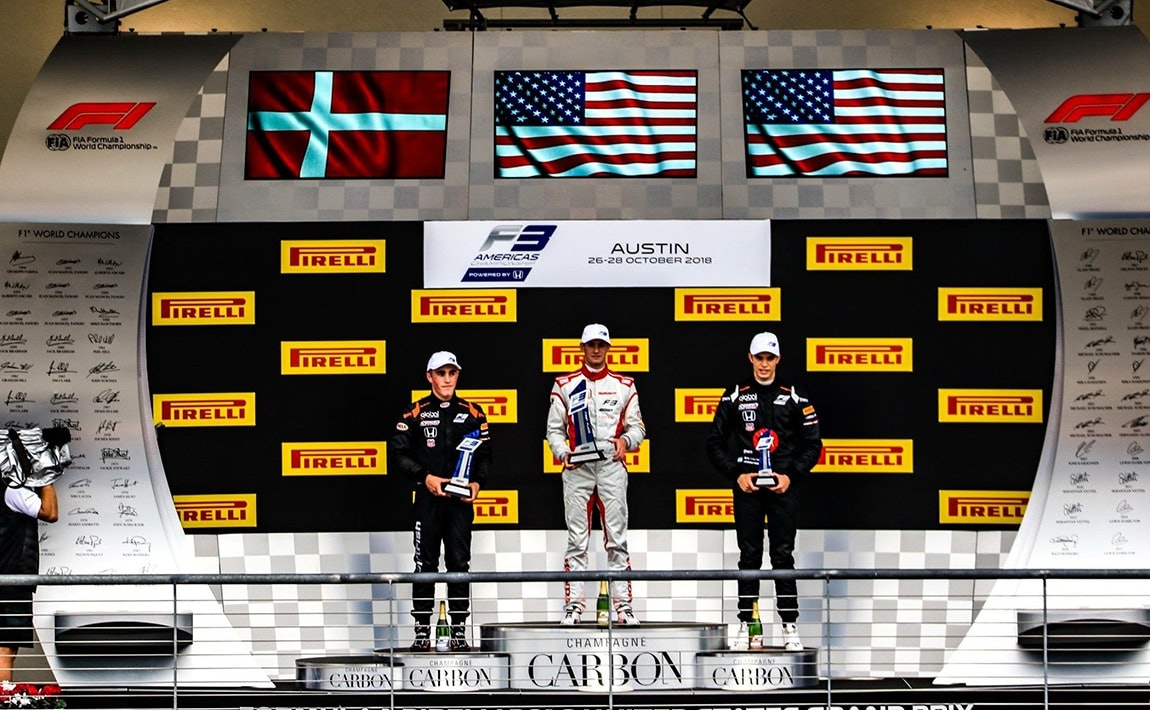 Following the conclusion of the F3 race, Benjamin had to quickly make his way to the awards presentation, spray some champagne, then hurry back down to pit lane where his F4 car was waiting for the final race of the season! During this race, Benjamin showed some of his best race craft of the season. Starting from P4, he quickly moved his way past the drivers in P3 and P2 and began to put pressure on the leader. Unfortunately, it was short-lived. A few laps later, the car lost power, and the engine blew. While that was an unfavorable end to the final race, Benjamin showed everyone how fast he is and why he holds the F4 record at Circuit of the Americas.

Between competing in F4 for the entire season and F3 for a half season, Benjamin and Global Racing Group had their work cut out for them this year. It came as no surprise that they pulled it off with style and grace and achieved top results throughout the 2018 season. By the end of it, Benjamin finished 3rd overall in the F3 Americas Championship and 5th in the F4 US Championship. This is a promising step forward for the accomplished driver and shows that he has what it takes to be the best.