The second round of the 2019 BRDC British F3 Championship at Snetterton Circuit showed great results for Benjamin Pedersen, and he continues to show his progress as he moves further into the season. The weekend brought out a large number of spectators, promising substantial exposure for teams, drivers and sponsors. The track conditions were dry all weekend, which is pretty rare for this time of year in the UK. Benjamin and the team managed to bring home top 10 finishes in all 3 races throughout the weekend, with the highlight being the second race where Benjamin drove from P7 all the way up to P2, which was his first podium for the new series!

As the 20-minute qualifying session got underway, he quickly got up to speed and found himself in the top 5, and even P1 at some points. As the lap times continued to drop, the car suffered a gearbox issue, preventing him from downshifting and upshifting, ultimately hurting the lap times by a significant amount. However, with the session only being 20 minutes long, there was no time to look for a solution, and he was forced to make the best of it and drive around the problem. As the checkered flag came out, he had dropped back to P11. Upon review of the data, Benjamin and the team found something very encouraging. Roughly 2 laps after he set his fast time, he had another lap that would have put him in the top 6. Unfortunately, on that particular lap, the gearbox issues began hurting the time right at the end of the lap. Following qualifying, the team went on to find the problem, fix it and ensure the car was perfect for the rest of the weekend! 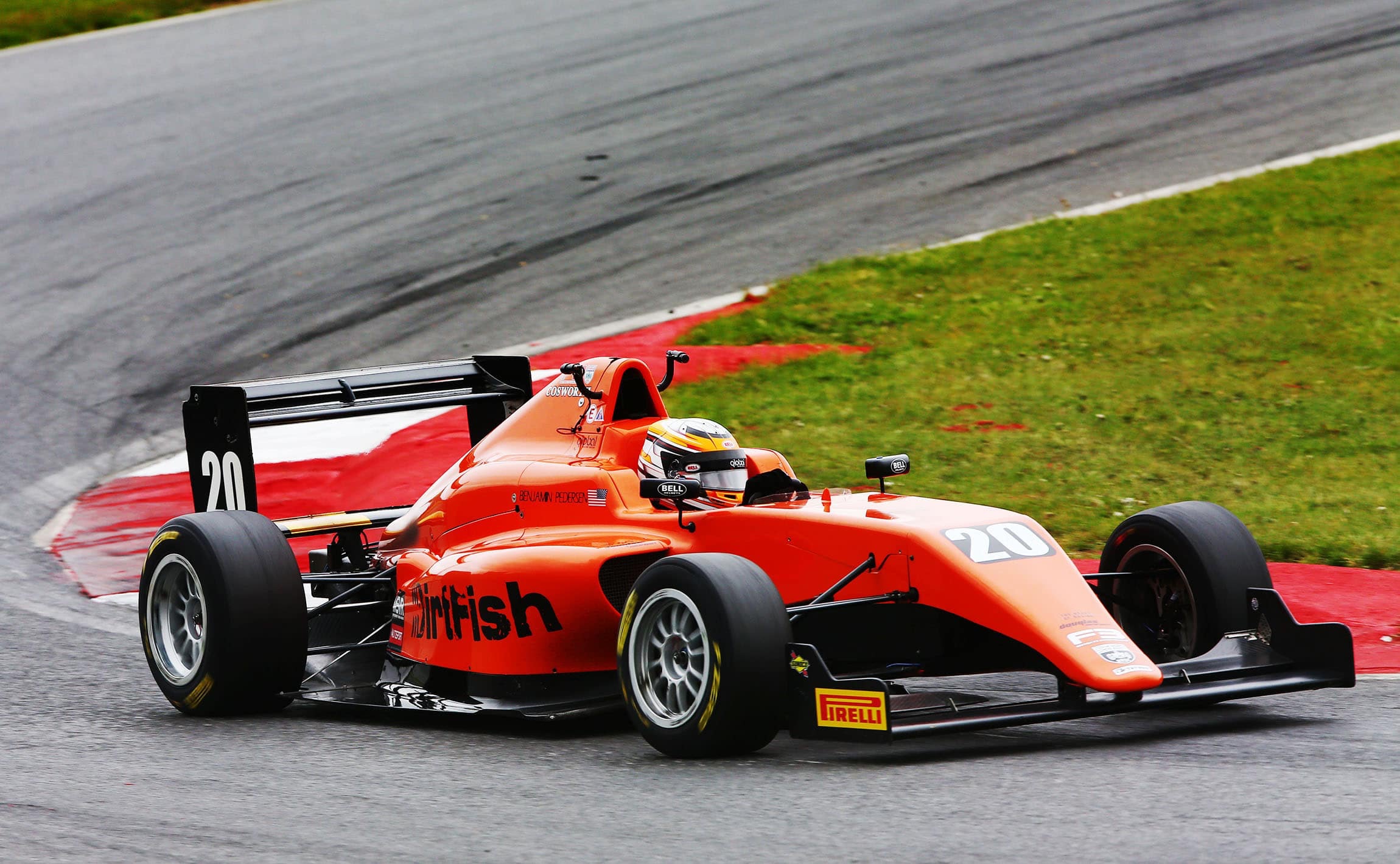 Starting from 11th position again, he knew he needed a strong start! As the lights went out, he had a great launch off the line and immediately moved up to P10 before the first turn. As the first two laps passed, the race seemed to stabilize with minimal passing taking place. The focus quickly shifted to driving flawlessly while still putting pressure on the driver in front. For this race, Benjamin’s car was on used tires while many others had new tires on the left side of their cars. That strategy played into his favor during the following races since he would have better tires for them. Despite the scenario, Benjamin still managed to show a strong pace and was in P10 as the checkered flag came out. 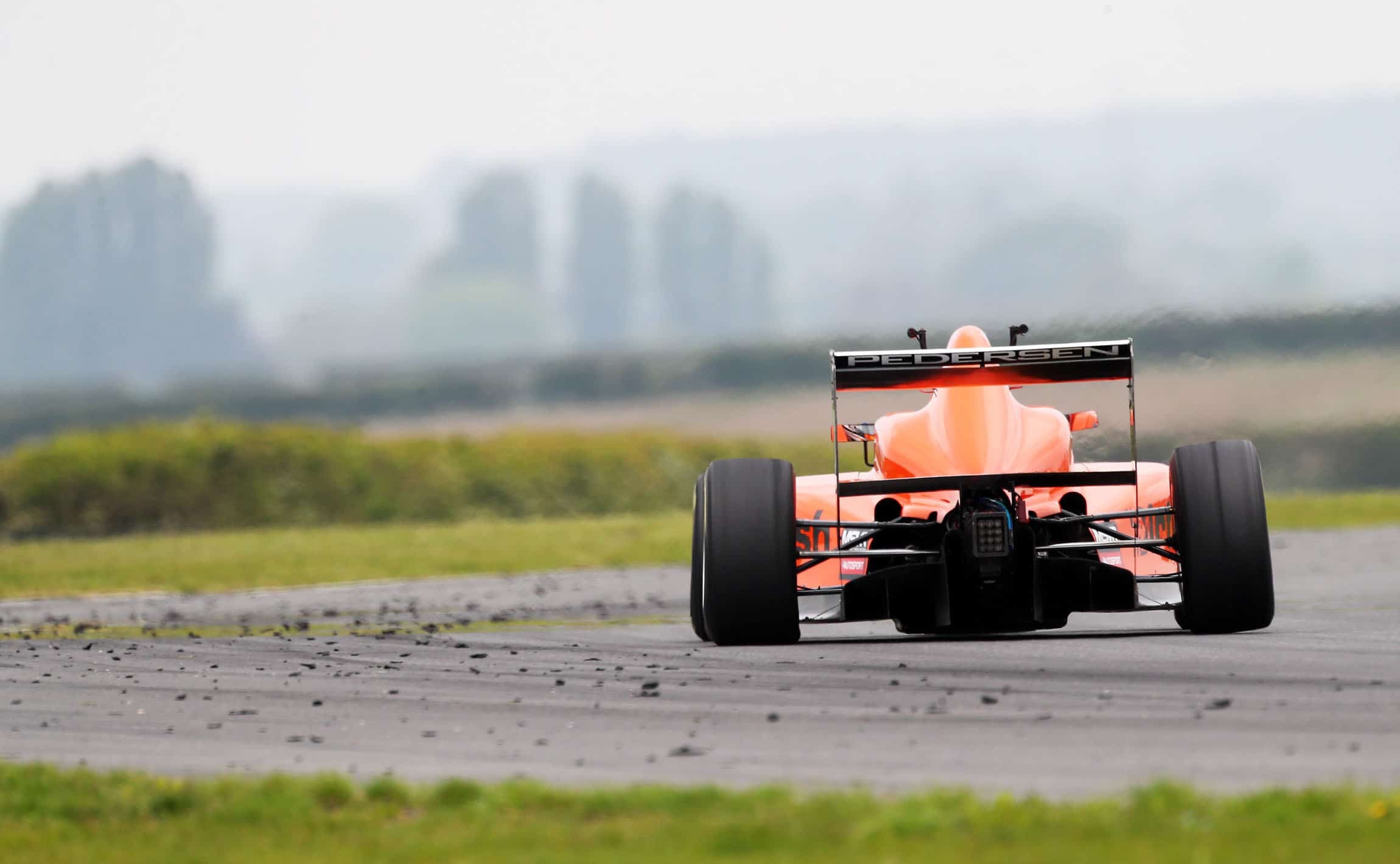 Benjamin started the second race in 7th position and had a full new set of tires. From a points perspective, this race offered a lot of opportunities. With every overtake giving each driver an additional championship point to their finishing position points. As the lights went out, Benjamin had a fantastic start, moving up to P6 by the first turn. On the next corner, he was able to get right on the back of the inside car and stole the position of another driver who was on the outside of the turn. On the exit, he immediately put pressure on the driver in P4. As the opening lap progressed, Benjamin made a small move to the inside to distract that driver before the back straight. Sure enough, that driver made a small mistake while Benjamin maintained his momentum for the long straight. He took the inside line into turn 9, where he was able to complete the pass. This move placed him into P3 and right on the tail of the P2 driver heading into the final turn of the first lap. That driver went on to make a small but costly mistake, sending him wide and allowed Benjamin to make the pass with no issues, which bumped him up to P2. He sat in 2nd for the remainder of the race, and even set the 3rd fastest lap time. Benjamin was delighted to get his first podium for this new series! 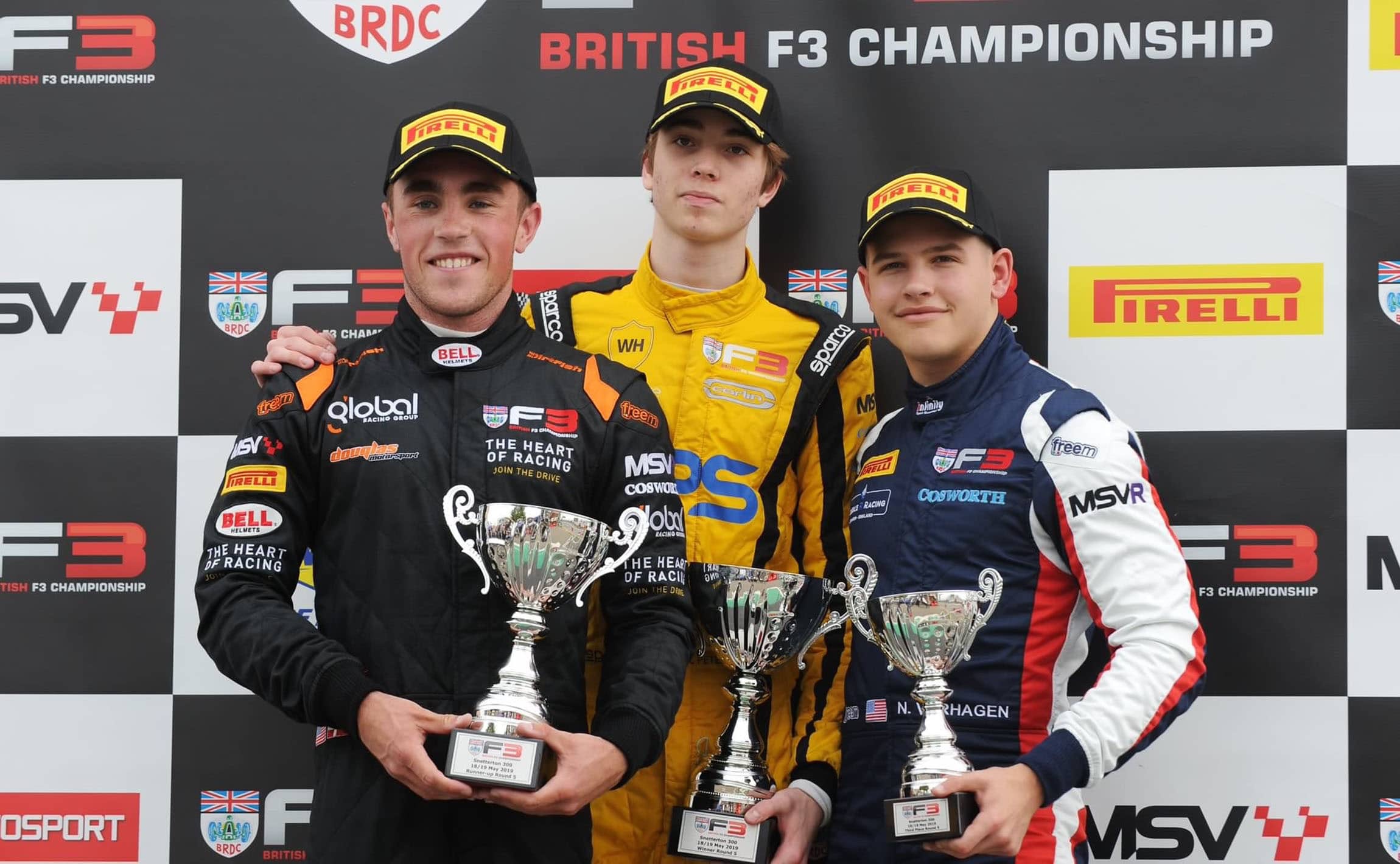 Starting from 10th position based on his second fastest lap time in qualifying, a good start was crucial to move up through the field. As the lights went out, Benjamin immediately jumped forward to P9, gaining a position by the first turn. As the whole field made their way towards the first hairpin, drivers ahead of him made contact, sending one car sliding in the grass and towards the driving line on the next corner. That driver was unable to slow down, and hit 3 cars right at the apex. Benjamin was fortunate to avoid the carnage, move up to P6 and begin putting pressure on the P5 driver. Similar to race 2, he made a small move to distract the driver ahead of him, and again, forced him to make a small mistake that gave Benjamin the momentum for a pass. As he was making the pass, the safety car came out due to the crash in the first hairpin, which stopped him from completing the pass. Because of the extensive clean-up, the safety car period was prolonged, which gave him a chance to focus in and figure out where to make a pass on the P5 driver. As the lights on the safety car went out and it moved off of the track, Benjamin had a good run on the car in front. Unfortunately, in this series, drivers are not allowed to make a pass before the green flag at the start-finish line. One of the other drivers didn’t get the memo. Benjamin was hit on the inside as that driver tried to pass well before the green flag, pushing Benjamin off of the track causing him to nearly flip. He fell all the way back to last, but the car seemed ok aside from an alignment issue, so he kept pushing hard. He managed to work his way up to P8 by the time the checkered flag came out. The driver who hit him was disqualified and received a 4-point penalty. Benjamin had this to say, “I am disappointed with what happened, but I was still happy to show that we didn’t give up and we were able to recover some good points thinking about the long term, also the fact that a top 5 was looking very promising!”