It has been three long years since a race has taken place on one of the most challenging hillclimbs in North America. Everyone in the motoring world knows about the Pikes Peak International Hillclimb, but only true motorsports fans know of the Climb To The Clouds. Held on the highest peak east of the Mississippi, Mt. Washington is known for its extreme weather and the narrow, high-consequence road that leads to the top.

From the bottom to the top of the mountain, the road winds its way 4,618 feet up in only 7.6 miles. That should tell you something about the grade and pitch of the road! In fact, it is so steep that there are strategically placed mountain springs for drivers whose cars begin to overheat on their way up. Unlike Pikes Peak, the Mount Washington Auto Road is still only partially paved. There is a gravel section about halfway up the road with blind turns, crests and a massive drop off on one side. Even though the narrow road that takes drivers to the top of Mt. Washington is nearly 11.5  miles shorter than the road on Pikes Peak, it features more turns and isn’t nearly as smooth or well maintained. 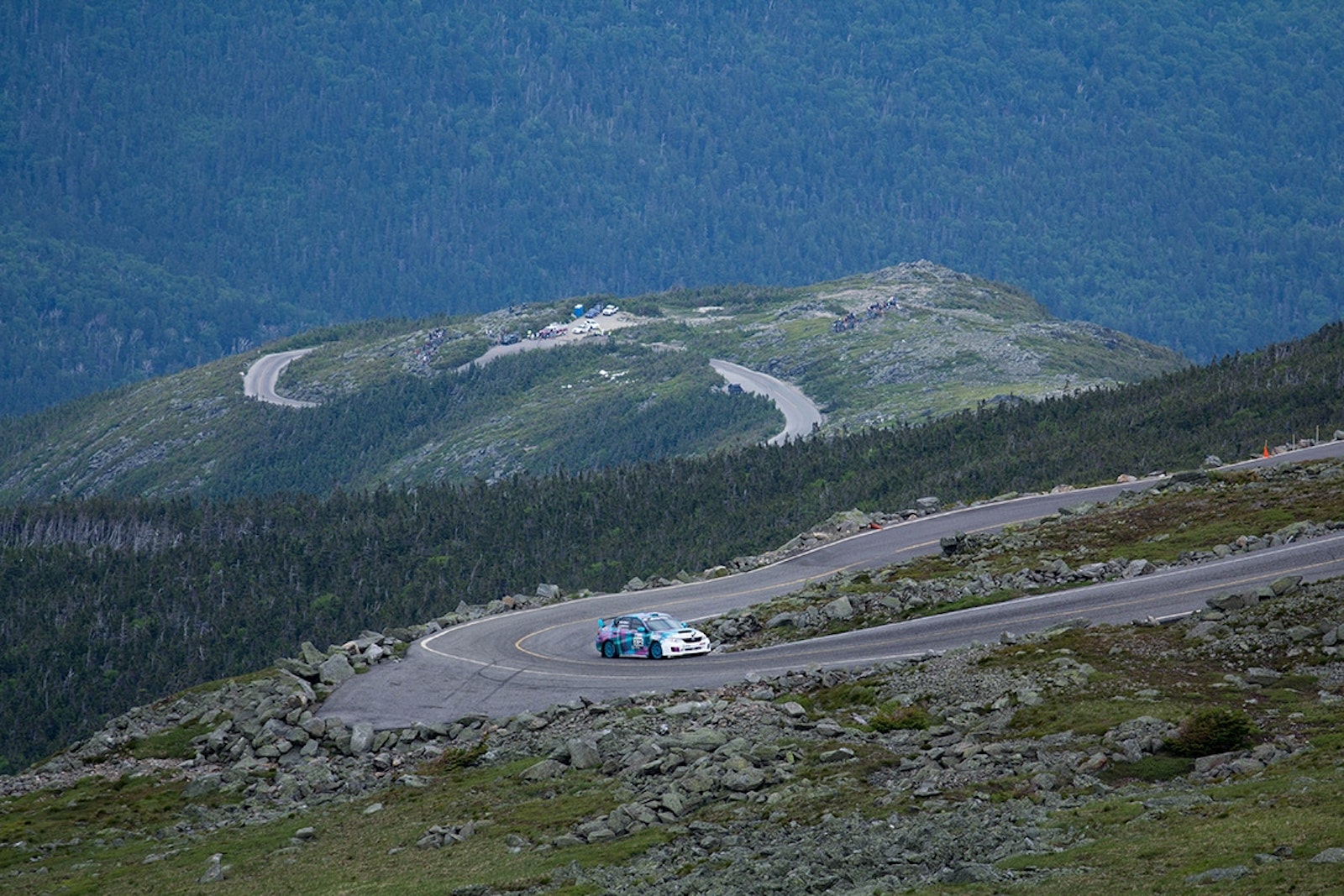 At the previous running of the Climb to the Clouds, there were multiple teams shooting to beat David Higgins previous record time up the mountain, with David himself being one of those people. Other drivers who were shooting for that historical record included Travis Pastrana in an identical Subaru Rally Team USA Open Class car, Ramana Lageman in a slightly prepared (but insane) Audi RS4 and Paul Tingaud in his ludacris Audi Super Chicken.

In 2010, Travis Pastrana along with Red Bull closed the road for a private record attempt. While it is not an official record, he had beaten the previous record from 12 years prior. The following year, David Higgins took part in his first Climb to the Clouds race. That year, co-drivers were not allowed in cars that were more powerful or far beyond the rest of the pack, yet he was able to set a new record that was 9 seconds quicker than Pastrana. By 2014, Vermont SportCar had made some serious advancements in the SRTUSA cars, giving them the confidence that one of the two cars would end up in the record books again. 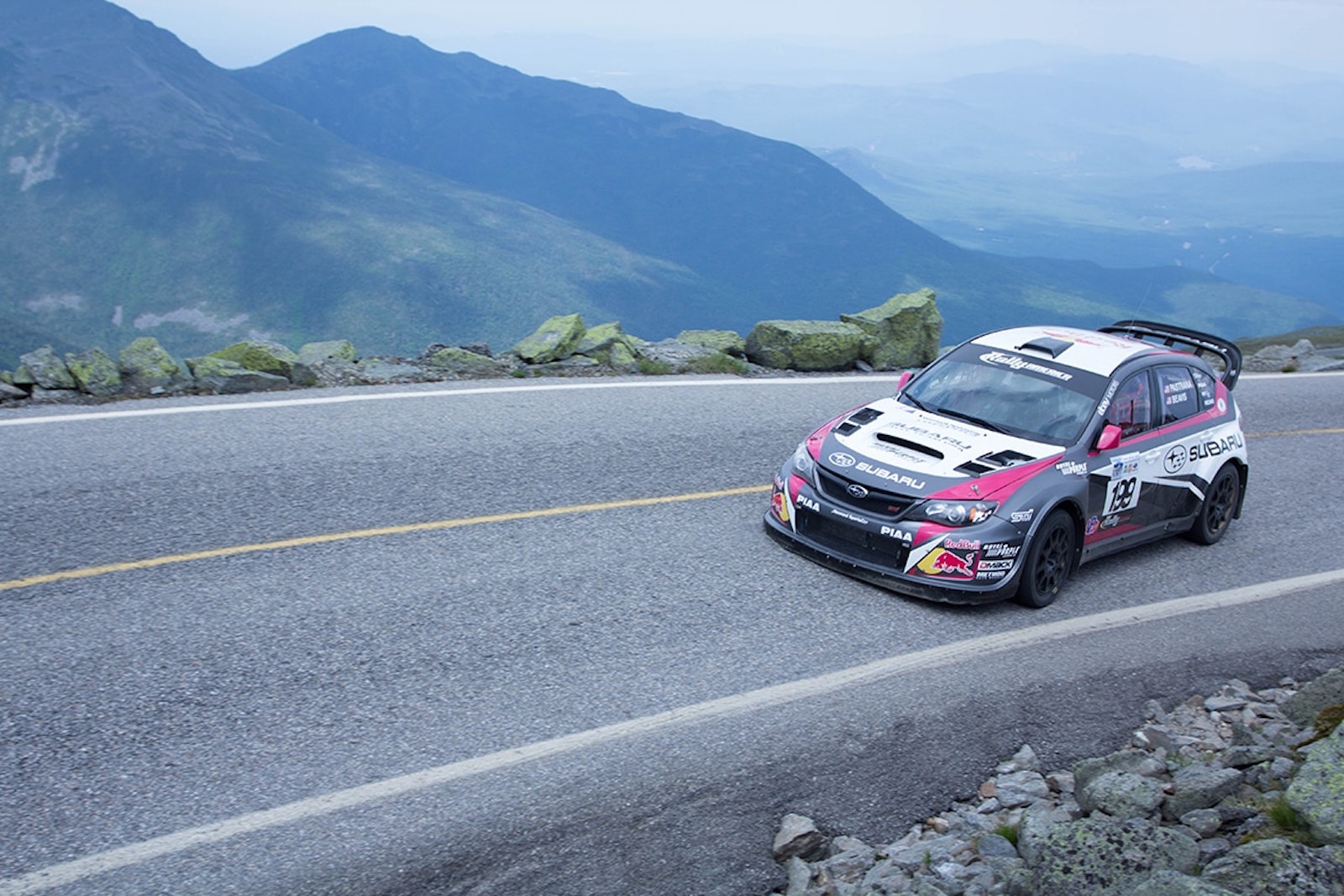 Throughout multiple days of practice and racing, both SRTUSA cars came close to breaking the record, but weren’t quite able to make it happen. The final full run up the mountain would be their last attempt! Travis Pastrana and co-driver, Chrissie Beavis came first, immediately followed by the duo of David Higgins and co-driver, Craig Drew. Pastrana crossed the line with a time of 6:12.29, less than a second off of Higgins 2011 record. It all came down to Higgins and being able to not only outdrive his teammate, but himself… and well, he did just that! He made it to the top of the mountain in 6:09.09, more than two seconds faster than he had done it in 2011. 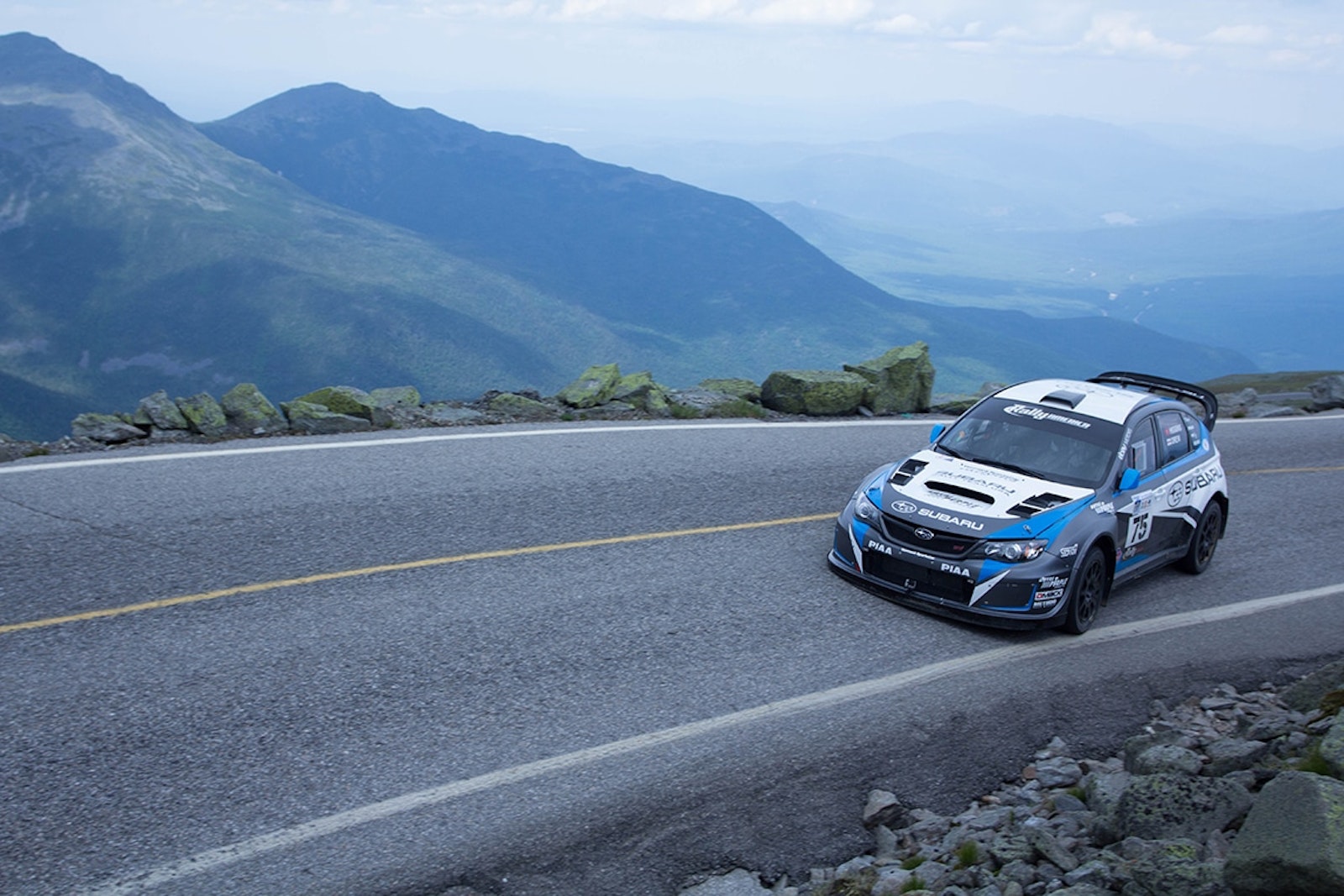 The Climb to the Clouds is finally back for another year and hopefully another record. This time around, it will be Higgins and Pastrana battling for the top spot and the new record. With stricter regulations and more weight on their cars, will they be able to move closer to the 6 minute mark? We shall see!