Subaru of America today announced renewed support of the Subaru Crosstrek Desert Racer program with Crawford Performance and Grabowski Brothers Racing. The Class 5 Unlimited off-road buggy powered by a SUBARU BOXER engine will return to competition at this week’s legendary Baja 500 off-road race, debuting a new livery in the blue and gold competition colors of Subaru Motorsports USA and looking to improve on 2018’s second-place finish in class.

Since its debut in 2017 as the Subaru brand’s first factory-supported desert racing effort, the Crosstrek Desert Racer has pushed the boundaries of its class and racked up podium finishes including a Class 5 Unlimited win at last year’s 550-mile Vegas to Reno race, America’s longest off-road event. The Desert Racer is powered by a 2.5L non-turbocharged SUBARU BOXER engine built by Quirt Crawford of Crawford Performance, producing 300 horsepower in a lightweight and reliable package. 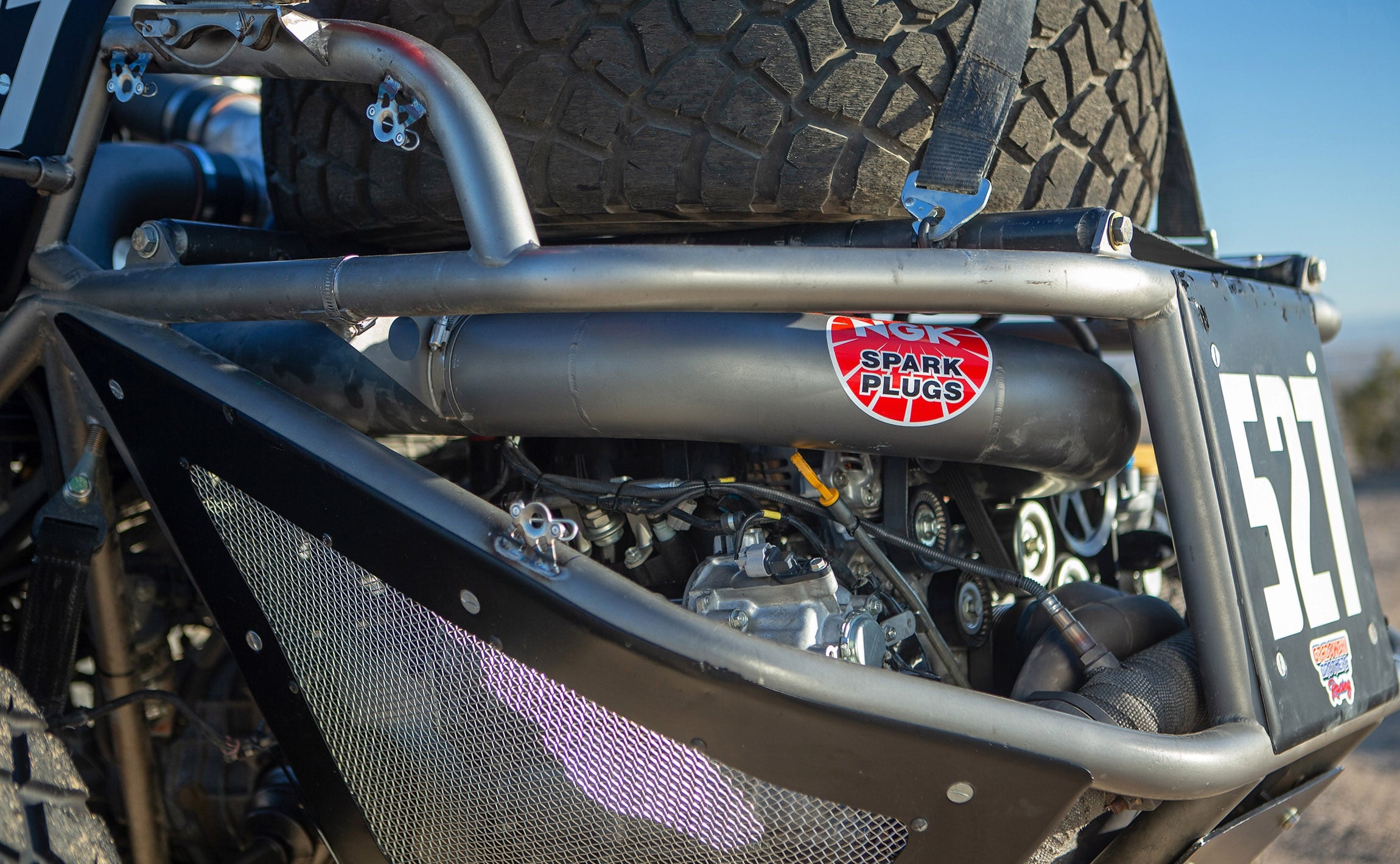 “Subaru is best known for its success in rally, but Subaru engines have been used in off-road buggies for years,” said Crawford. “My goal with the Crosstrek Desert Racer program was to show what was possible with a non-turbocharged boxer engine in an unlimited class, and the results so far have been very strong. I’m looking forward to bringing the car back to Baja this year and showing what it can do!” 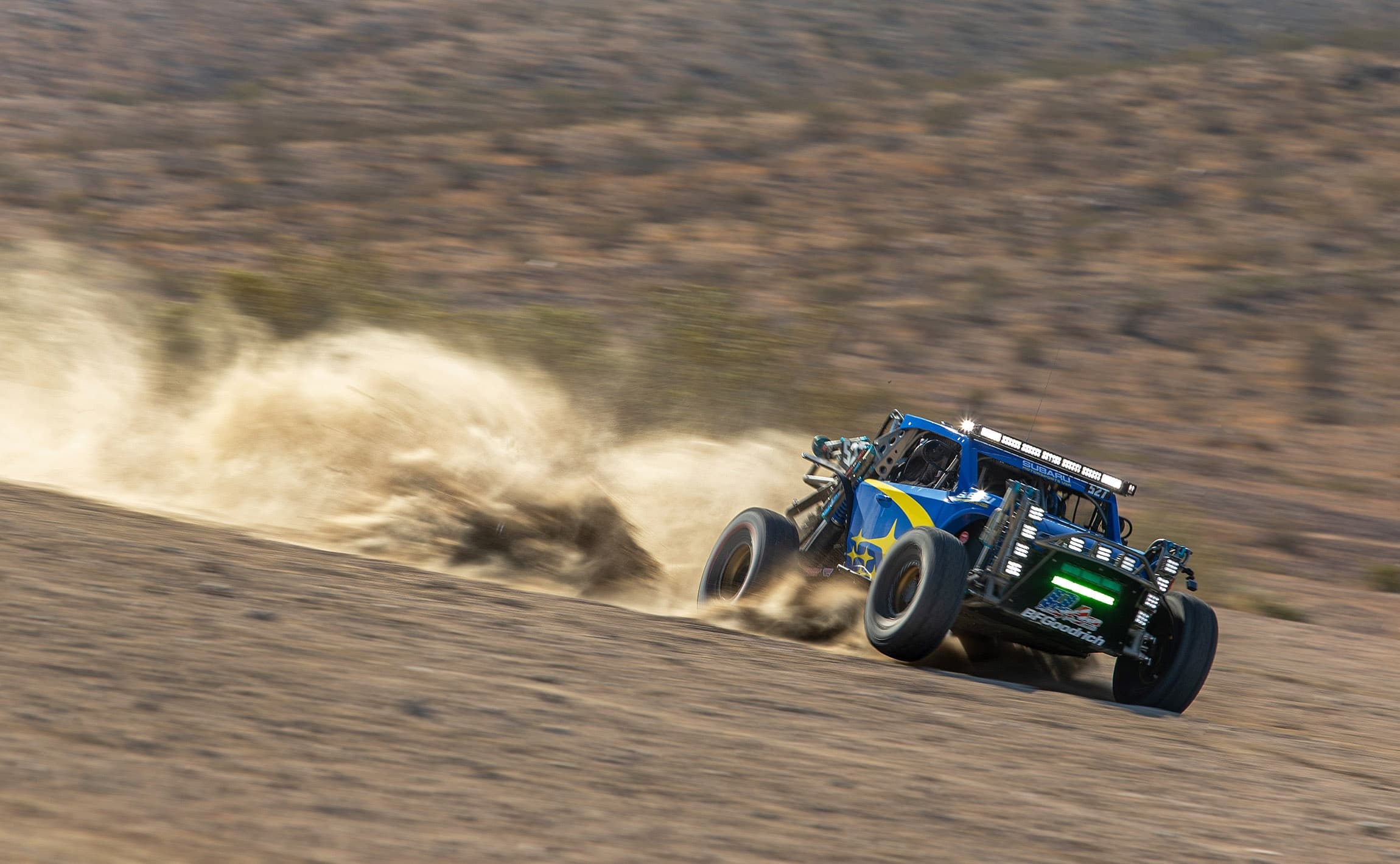 For Subaru Motorsports USA, the Desert Racer’s new look reflects the expansion of the Subaru brand’s official racing efforts in America beyond rally and rallycross.

“The Crosstrek Desert Racer’s results over the past two seasons speak for themselves,” said William Stokes, Motorsports Manager for Subaru of America. “We’re proud to renew our support for Crawford Performance and Grabowski Brothers Racing, and bring our iconic blue and gold motorsports colors to the off-road racing world.”

The 2019 Baja 500 will kick off Saturday, June 1 and will feature a total race distance of 487.11 miles in a single loop on Mexico’s Baja Peninsula. Grabowski Brothers Racing will continue the 2019 Crosstrek Desert Racer campaign by defending their class title at August’s Vegas to Reno event before moving on to the Baja 1000 in November.

Subaru of America, Inc. (SOA) is a wholly owned subsidiary of Subaru Corporation of Japan. Headquartered at a zero-landfill office in Camden, N.J., the company markets and distributes Subaru vehicles, parts and accessories through a network of more than 630 retailers across the United States. All Subaru products are manufactured in zero-landfill production plants and Subaru of Indiana Automotive, Inc. is the only U.S. automobile production plant to be designated a backyard wildlife habitat by the National Wildlife Federation. SOA is guided by the Subaru Love Promise, which is the company’s vision to show love and respect to everyone, and to support its communities and customers nationwide. Over the past 20 years, SOA has donated more than $120 million to causes the Subaru family cares about, and its employees have logged more than 40,000 volunteer hours. As a company, Subaru believes it is important to do its part in making a positive impact in the world because it is the right thing to do.

Setting up Suspension on a Race Car