Unless you have been hiding in a cabin high in the mountains of Montana over the last few decades, you’ve probably heard something about Subaru. And, there’s probably a good chance that you’ve been exposed to some of the culture they have built up around their brand. Travel anywhere in the world, and given enough time, you’ll likely stumble across a group of friends who have been brought together by their Subarus. The Subaru community is unrivaled by any other automotive group in North America, and it is a very welcoming, open-minded, and environmentally conscious community. Whether Subaru owners were brought into the group by way of the Crosstrek, WRX, Forester, Outback, BRZ, or Legacy, they are a passionately dedicated group of people—they love their cars, they love their peers’ cars, and every one of them has their own style that is respected by the rest.

There has been a lot of hype around one of the latest special edition vehicle from Subaru of America—the WRX STI Type RA. Unfortunately, not all of that hype has been positive. When Subaru announced their plans for the Type RA, consumers were excited by the prospect of a special edition WRX hitting the US market. This was something that American car lovers had been asking for for so many years, that is until they saw the $50k price tag. That initial excitement quickly brought out the trolls and keyboard warriors across social media. Of all the cars Subaru has built, I have never seen more negativity from the Subaru community and general automotive community. And from what I can tell, this negativity is a product of consumers not understanding the development that has gone into the new Type RA or what all this adds up to. 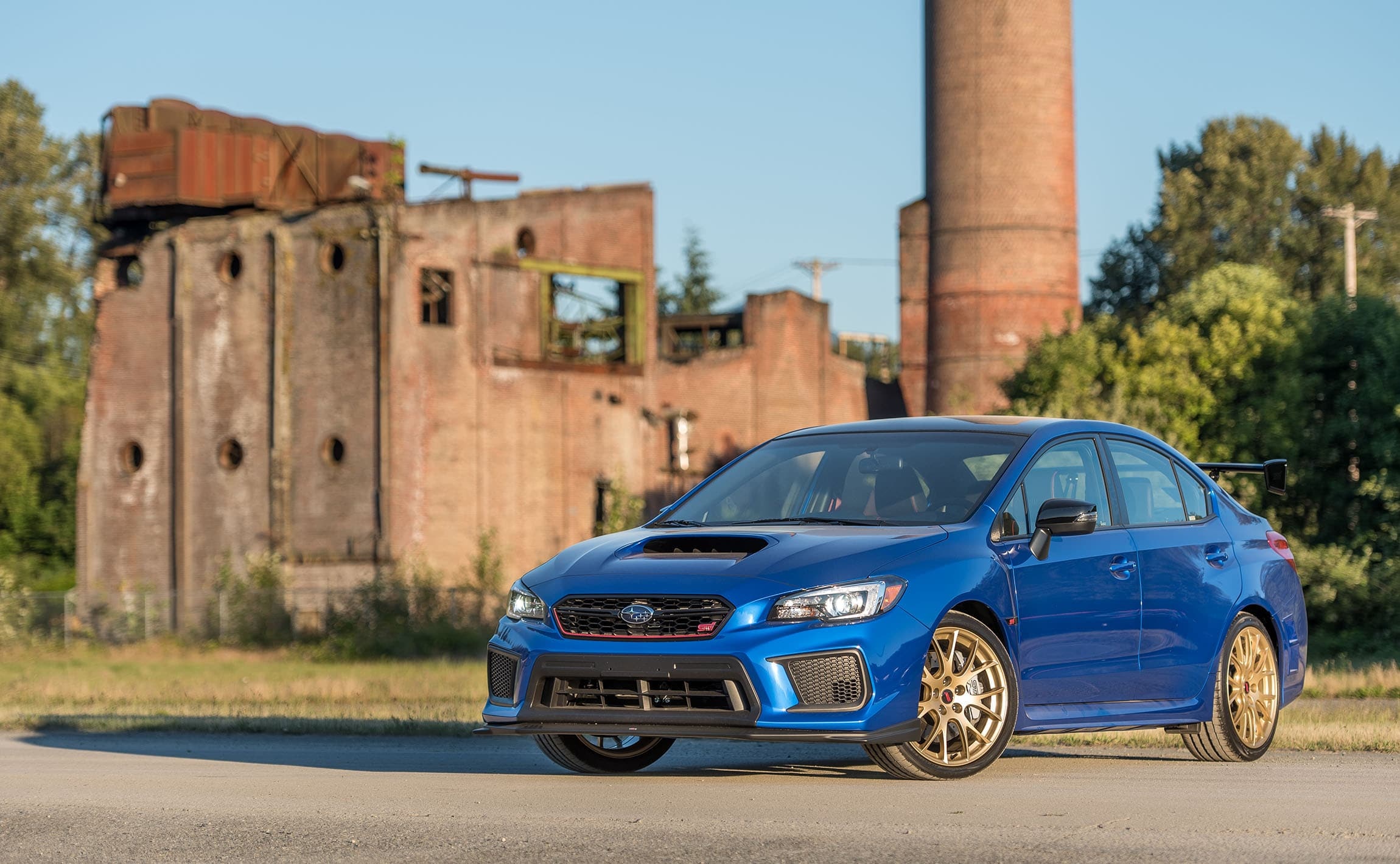 Admittedly, when I first saw the price and the original press release, I wasn’t very impressed either. At first glance, it seemed like Subaru had simply added a carbon fiber roof, wing and some gold wheels. Surely Subaru weren’t thinking they could justify this hefty price tag with a bit of trim! However, after doing some digging and taking a more in-depth look at the vehicle’s specs, I began to warm up to the Type RA, understanding the lengths that Subaru had gone to in taking the Type RA a step above the standard WRX STI. Aside from the rarity of building only 500 RAs, what I really wanted to know was whether that extra cost was really going to add up to more car.

Reading a spec list can only give you so much information. And while it can give you a lot of informative numbers, those numbers don’t always mean a whole lot. It’s a car, so the only way you’re going find out what those numbers actually mean is to take it for a test drive. Thanks to our partnership with Subaru of America, Inc., we are lucky enough to have a handful of WRX STI rally cars and road cars to play around with. On top of owning an STI for a couple of years, I have also had the opportunity take multiple generations on long road trips—one from the East Coast to the West Coast, another from the PNW to Colorado and back during the summer, and the other to Big White Ski Resort during a massive snowstorm. Suffice it to say, I am well-versed in the comfort the standard car offers, and how it drives and handles.

But what I really needed was to get my hands on a Subaru WRX STI Type RA, and luckily, I knew someone who had just taken delivery of a beautiful World Rally Blue Type RA back in May. After some negotiation, and agreeing to part with a toe if I wrecked it, I convinced him to let me take it for a drive. Of course, I didn’t just want to take it for a standard test drive on local roads… I wanted to put this thing through its paces, and to find out how the Type RA would handle on a road trip. 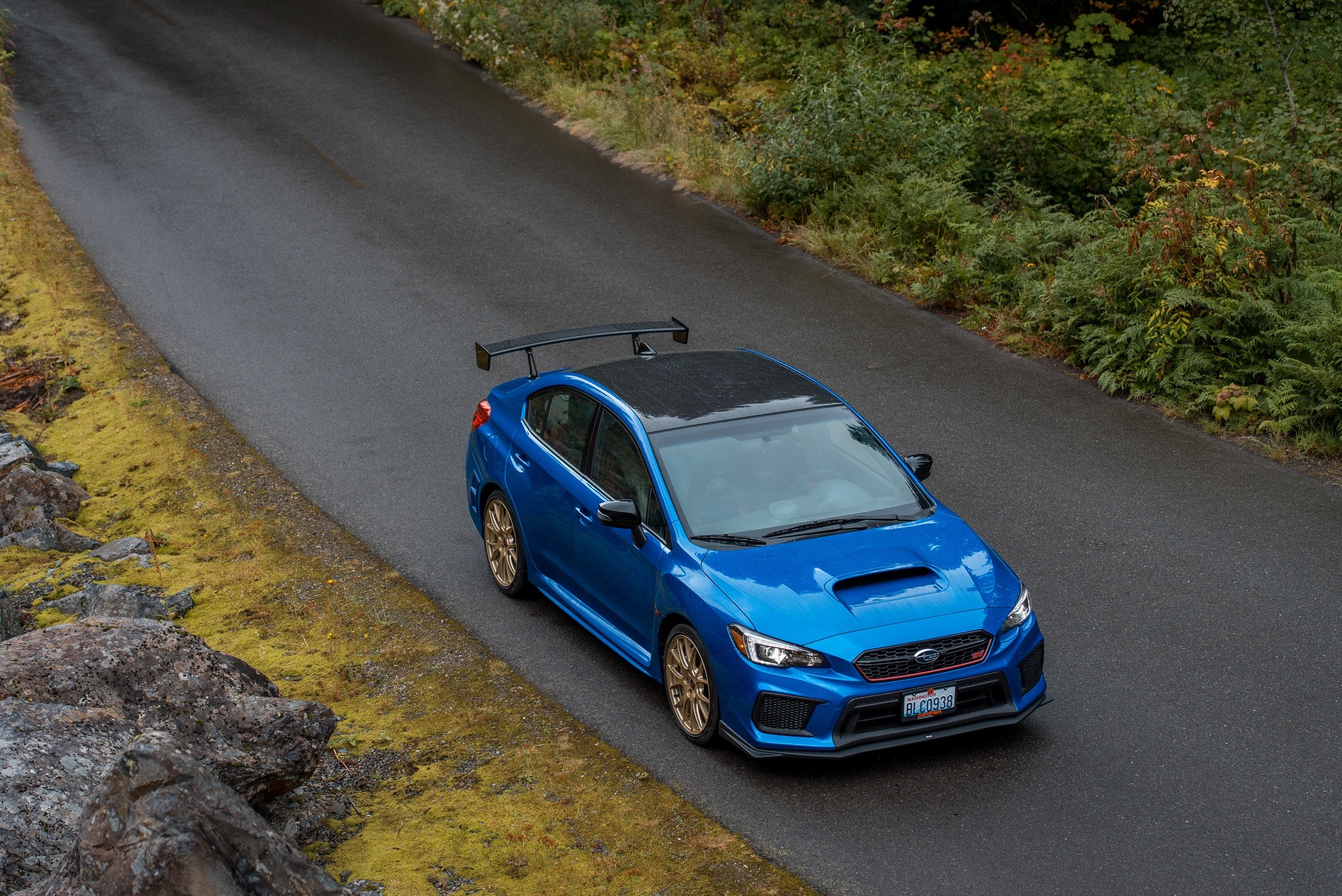 Now that I had the car, my next step was to map out a drive that would provide a representative sample of roads and driving situations that one might typically experience throughout the year: mountain roads, highways, the parking lot at Starbucks, surface streets around town, etc. One of my favorite things to do in my free time is to explore new roads and locations around the country, so I had little trouble conceiving a loop that would give me a drive with amazing views and fun roads to really get a feel of this car. The weekend forecast was showing rain right across the western side of Washington State (I know, big surprise!), so I went where I knew it would be sunny- eastern Washington. For those of you who don’t live in the Pacific Northwest, eastern Washington is home to beautiful places like Spokane, Ellensburg, Othello, and Yakima (aka the Palm Springs of Washington).

With a solid loop around Washington State mapped out, I started at DirtFish early on a rainy Saturday morning and made a quick stop for coffee and gas before heading east on I-90 towards Snoqualmie Pass. Thanks to heavy year-round traffic, plus the added wear of studded snow tires, the I-90 surface is often rough, and there’s typically a lot of road noise in most cars, especially those equipped with unforgiving suspension and rubber bands for tires. Since the Type RA has larger 19” wheels and pretty low profile tires, I expected it to be a loud, uncomfortable ride. But I’m happy to report that it wasn’t at all uncomfortable! It was a cozy and enjoyable ride, so I switched on the seat heater, turned up the radio, set the cruise control and relaxed for a little while. 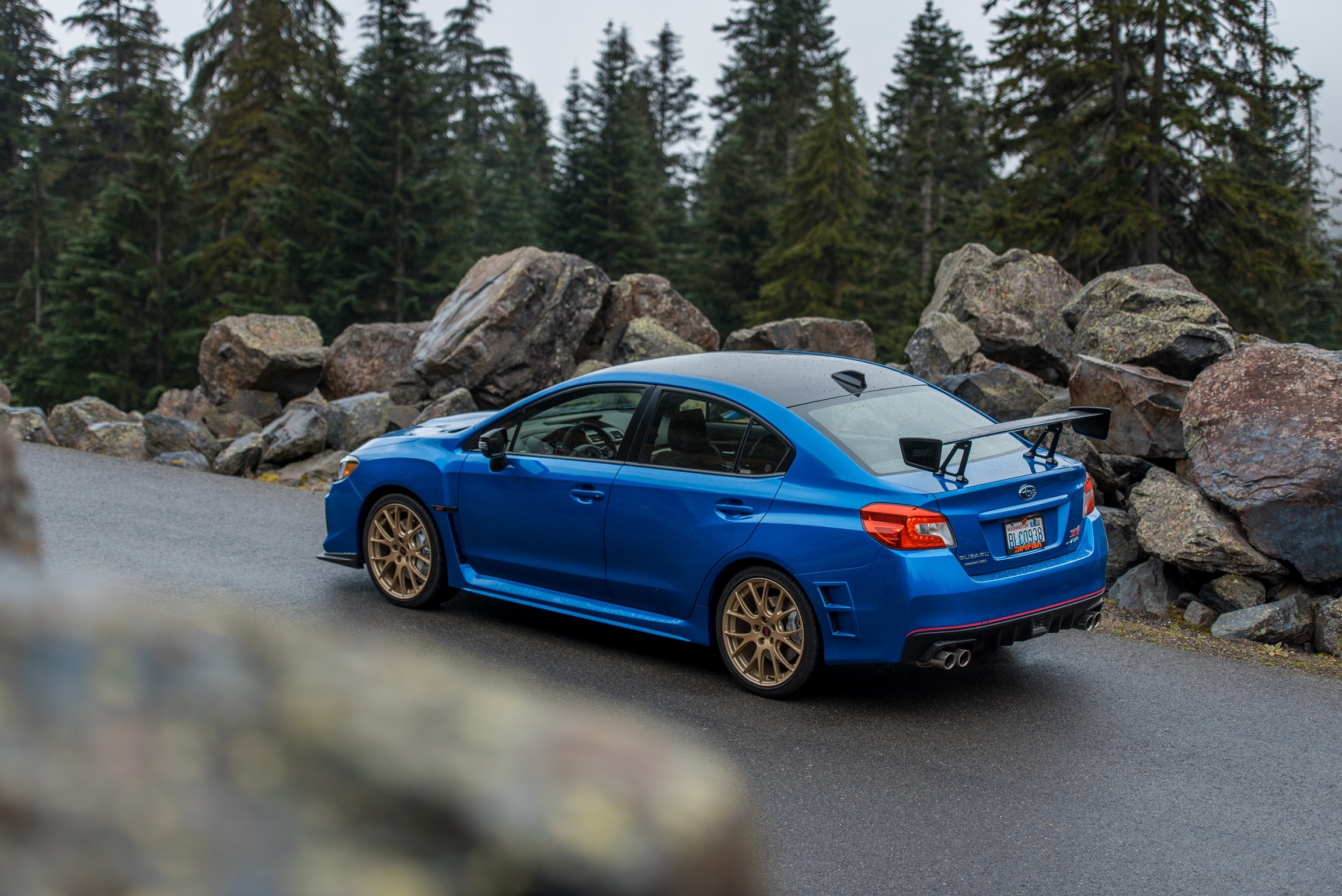 After 15 or 16 miles, I took a short detour off the interstate at Exit 47. This exit connects to a short gem of a road, winding between the east- and westbound lanes of the interstate. The NF-5800 road is a smoothly-paved two-lane road that flows through a forest of old growth trees before switch backing up a steep boulder field and spitting you out at the base of Summit at Snoqualmie Ski Resort. This is one of those roads that you don’t need to go flat-out on to enjoy. With elevation changes, smoothly linked corners, and well-laid out switchbacks, the NF-5800 is one of those roads that is a sheer joy to drive on. The Type RA handled the damp road beautifully—the steering wheel felt connected with the road, and the car never made any unexpected moves, even over unsettling bumps. This is where I got my first taste of the new Bilstein dampers, and I was pleasantly surprised! For various reasons, many standard road cars have a tendency to want to understeer and show a slight bit of instability when you modulate the throttle mid-corner. However, in the case of the Type RA, it didn’t matter what I was doing, it always felt balanced and controlled as if it was riding on rails. And though the road is steep, the new engine map and increased power allowed me to always keep the engine in an ideal RPM range to steadily accelerate out of corners and maintain speed. 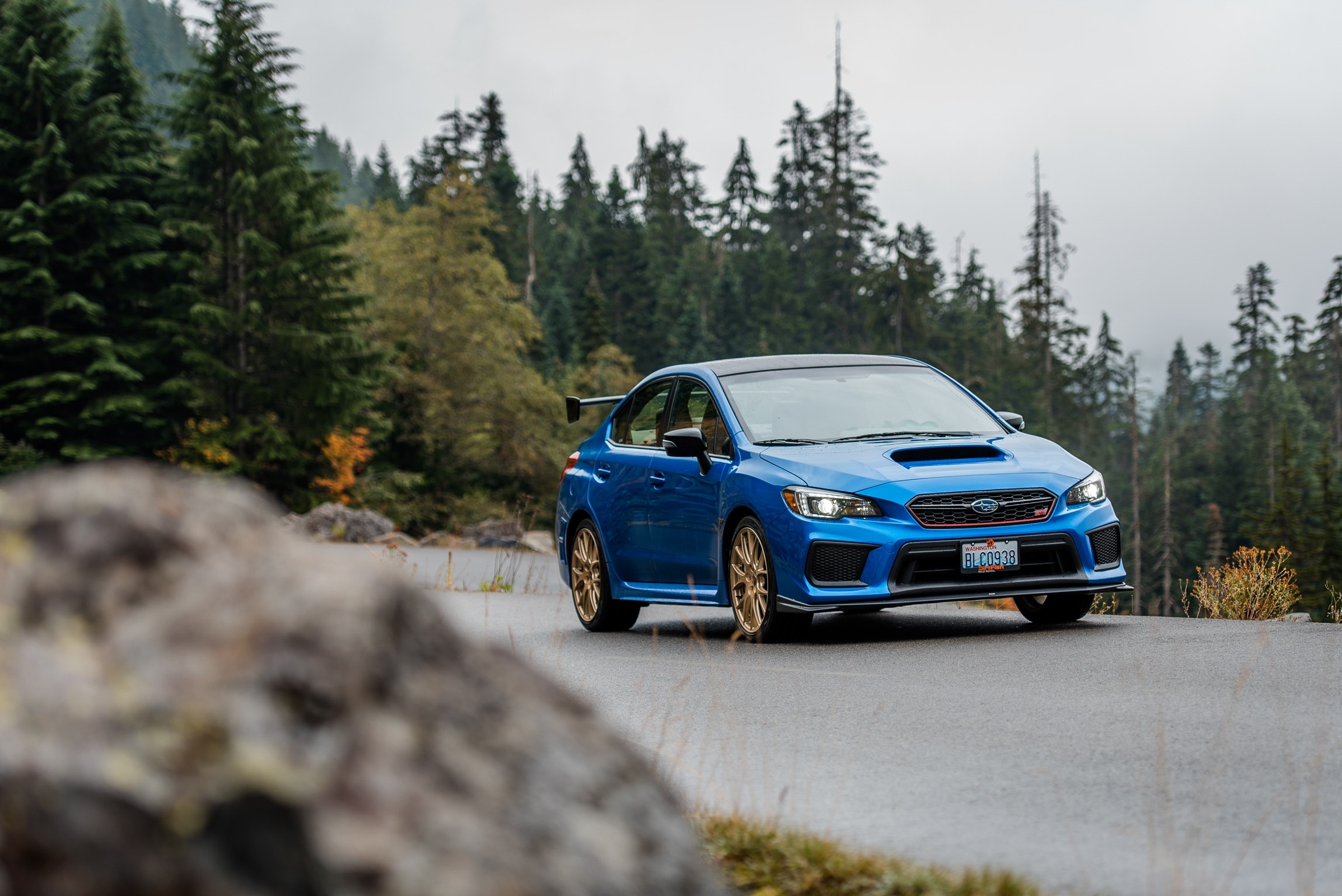 Following my early morning enjoyment, I arrived at the base of Summit at Snoqualmie where I took a moment to appreciate the surrounding mountain peaks, then merged back onto the highway and made my way to my next stop. As I moved further east, the rain began to clear and the roads dried out. I eventually came into Ellensburg where I met up with my buddy and DirtFish Operator, Blake. He grew up in Ellensburg and is one of those guys who knows everybody and knows all of the secret spots, so he took me around E-burg to a few historic photo locations before showing me a little road that led to the top of a wind farm. 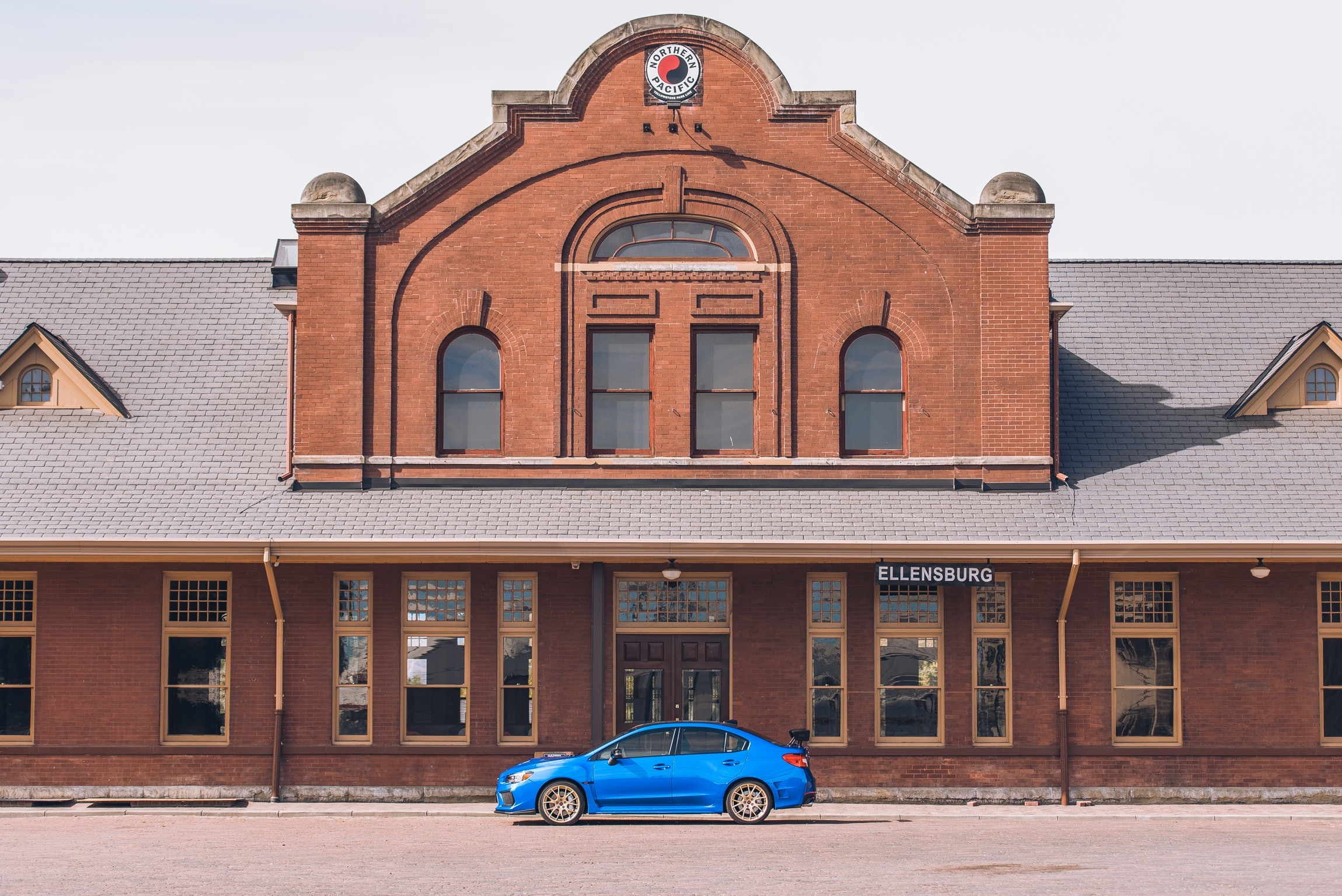 As we made our way to the top, we were graced with a breathtaking 360-degree view of the Columbia River Gorge to the east and the Cascade Mountain Range to the west. I turned to Blake and suggested that someone should organize a hillclimb on this road! It followed the terrain, featured-long blind corners, and its tightly banked corners linked together nicely. The single downside was its surface—a little rough, and with more than a few unexpected bumps that come at you quickly. In a normal sports car with stiff “road hugging” suspension, you’d probably be hoping that there’s a chiropractic clinic waiting to greet you with open doors at the top and again once you’ve made it back down. To be completely honest, driving this road would not have been a comfortable experience in a standard WRX STI. Each time I approached a bump or a crack in the road, I completely expected to be hit with a jolt, but the Type RA absorbed everything! Seriously, it was a very, very comfortable ride. 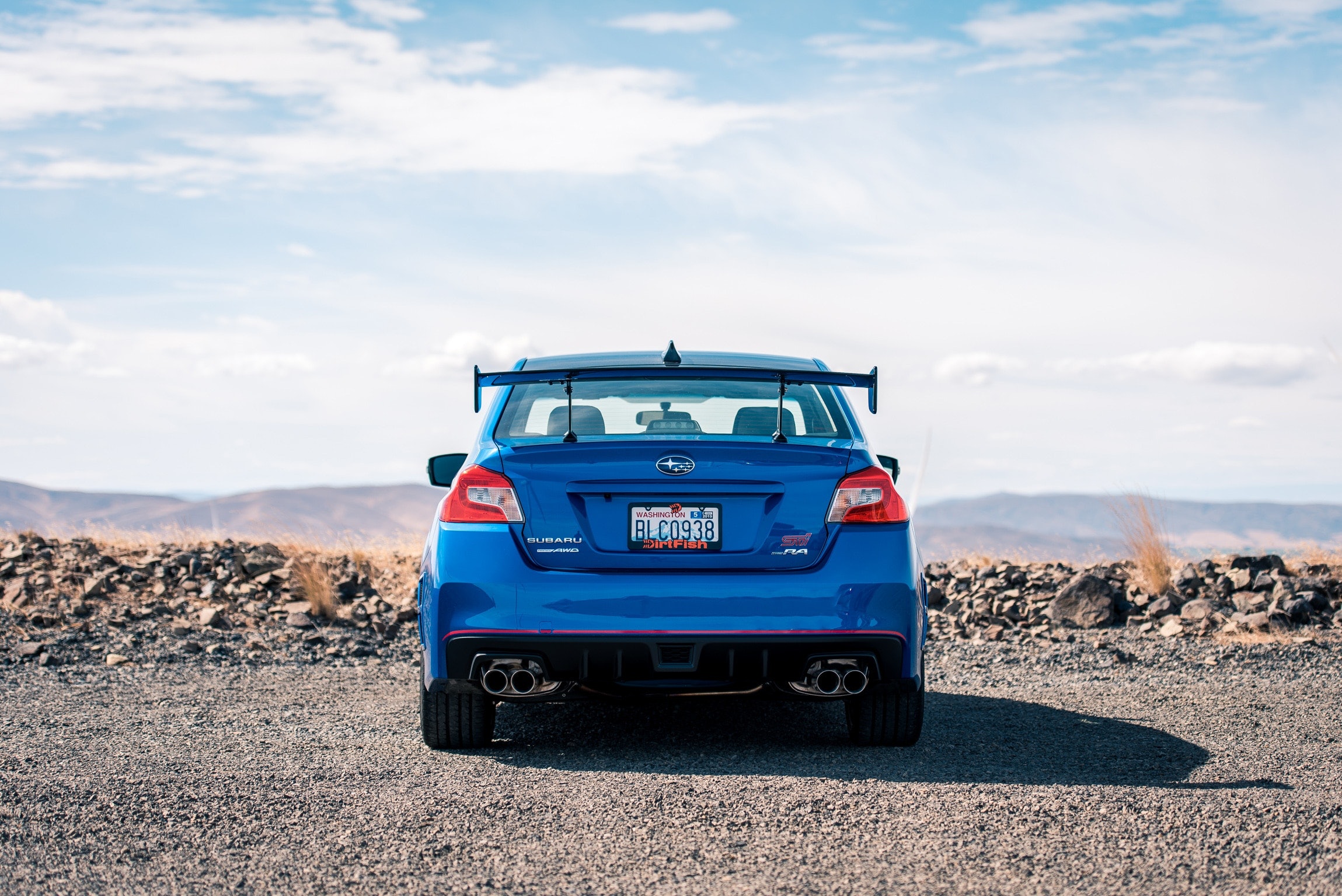 After admiring the view for a little while and grabbing a bite to eat, it was time for the Type RA and I to move on to the next beautiful road on my list: Yakima River Canyon…

So far, the WRX STI Type RA has done a really good job of impressing me with its comfort, performance, handling and everyday usability. I was very excited to take the car through a few more scenarios to test out everything this fun car had to offer. Check back again soon for Part 2 as I continue my day-long drive through Washington State and give you my final thoughts on the Subaru WRX STI Type RA.