It has been a while since I have written one of these articles. Partially because the weather has been the stereotypical Seattle (rain, rain and a lot more rain), and partially because we have been so busy working on all of the awesome projects you have seen recently, plus even more that you have yet to see!

Since it has finally become sunny and warm, I decided that it was time to break another car out of the stable for a drive! The previous car I drove was the Audi Sport Quattro, which was a big check off of my bucket list. That car was surprising to say the least! I certainly didn’t expect to find another car that surprised me that much so quickly, but that’s exactly what happened with the 1994 Ford Escort RS Cosworth I drove last week. 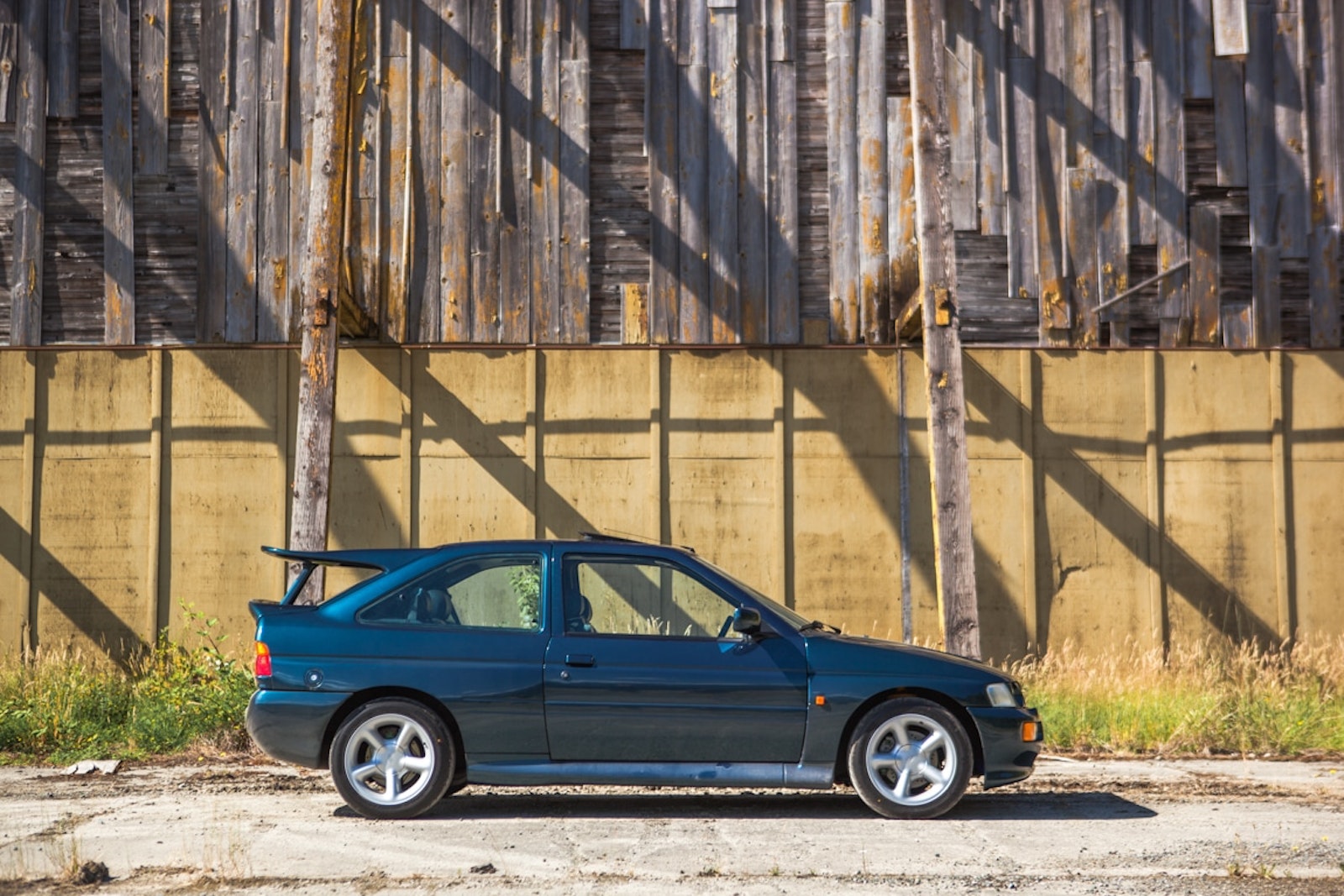 Following the demise of Group B in WRC, all of the auto manufacturers began directing their attention and efforts towards the new top level of the sport – Group A. At its inception, the Group A cars soon surpassed the much more powerful Group B cars thanks to improved handling, traction and safety. When the class was originally created, manufacturers were required to build 5,000 “street versions” for homologation purposes. In 1992, that number was changed to 2,500 units. That was the year that the engineers and designers at Ford released the Ford Escort RS Cosworth.

The talks of creating a new car actually began secretly during after-hours meetings in 1988. As crazy as it might seem, the original thought was to take the platform and running gear from the Sierra Cosworth 4×4, shorten it and bolt the body of the Escort to it. Surprisingly, it actually made enough sense to try!

The Ford Special Vehicle Engineers were charged with the task of making this car a reality. They were able to get their hands on the engine and all-wheel-drive transmission for the Sierra 4×4 that still had yet to be put into production. The engine fitted in the new car was a turbocharged 2.0 liter Cosworth YTB engine that put out an adequate 224 horsepower and 220 pound-feet of torque. Mated to that engine was a five-speed all-wheel-drive gearbox that sent 66% of the power to the rear wheels and 34% to the front. The original 2,500 “homologation special” cars featured a larger turbo and an engine management system from Magnetti Marelli. The remaining 4,600 cars were tuned by Ford and used a smaller turbo that was said to make the car easier to drive. 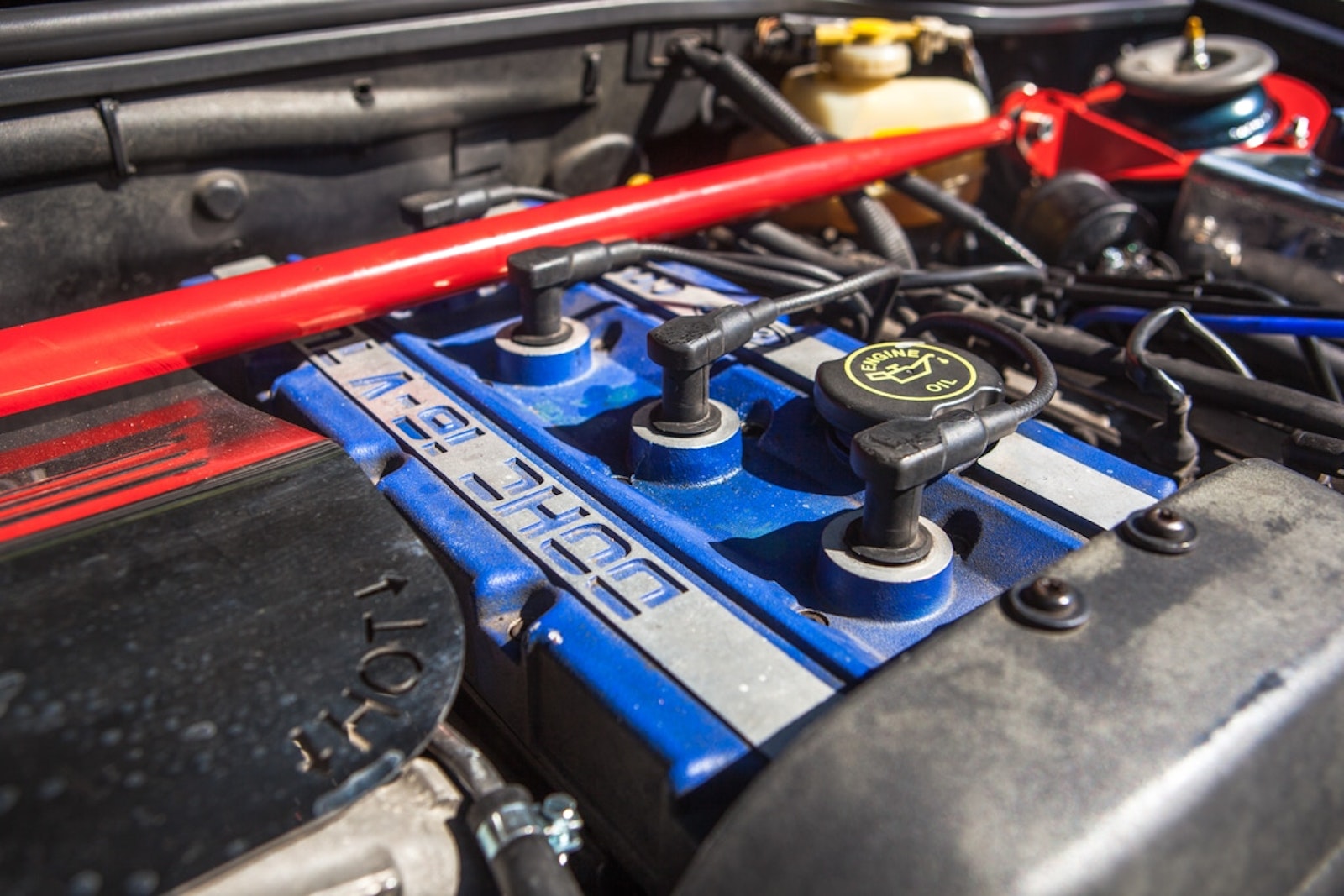 To make it look the way it does, the car spent two-hundred hours in a German wind tunnel until the body had been sculpted to provide the best downforce and cooling possible. In fact, the Escort RS Cosworth was the first mass-produced car to provide front and rear downforce thanks to that massive “whale tail” wing and an adjustable splitter up front. Once the final shape was decided on, the toolings were fabricated by German-based company, Karmann. 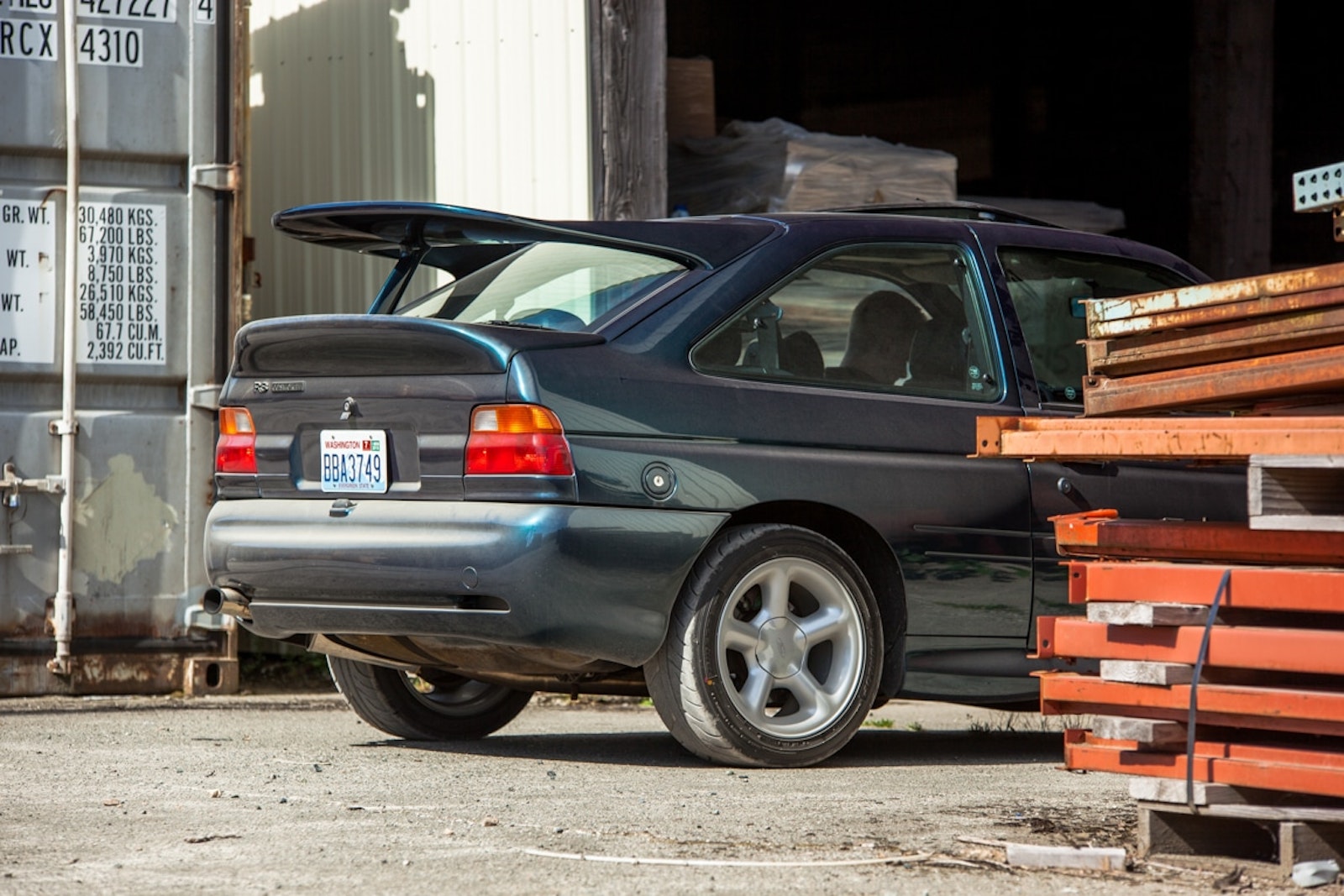 In total, Ford only built 7,145 units throughout the four years that they were in production. Of those seven thousand cars produced, a large number of them were converted to different types of race cars, most of which were used in rally and rallycross. An unknown amount also found their way into the United States. This is one of those elusive cars!

These days, you’d be hard pressed to find an RS Cosworth that hasn’t been modified. The engines are highly tuneable and companies have been able to coax a massive amount of power from a few of them. There is one kicking around the internet that is pushing out an unreal 1,000 horsepower! 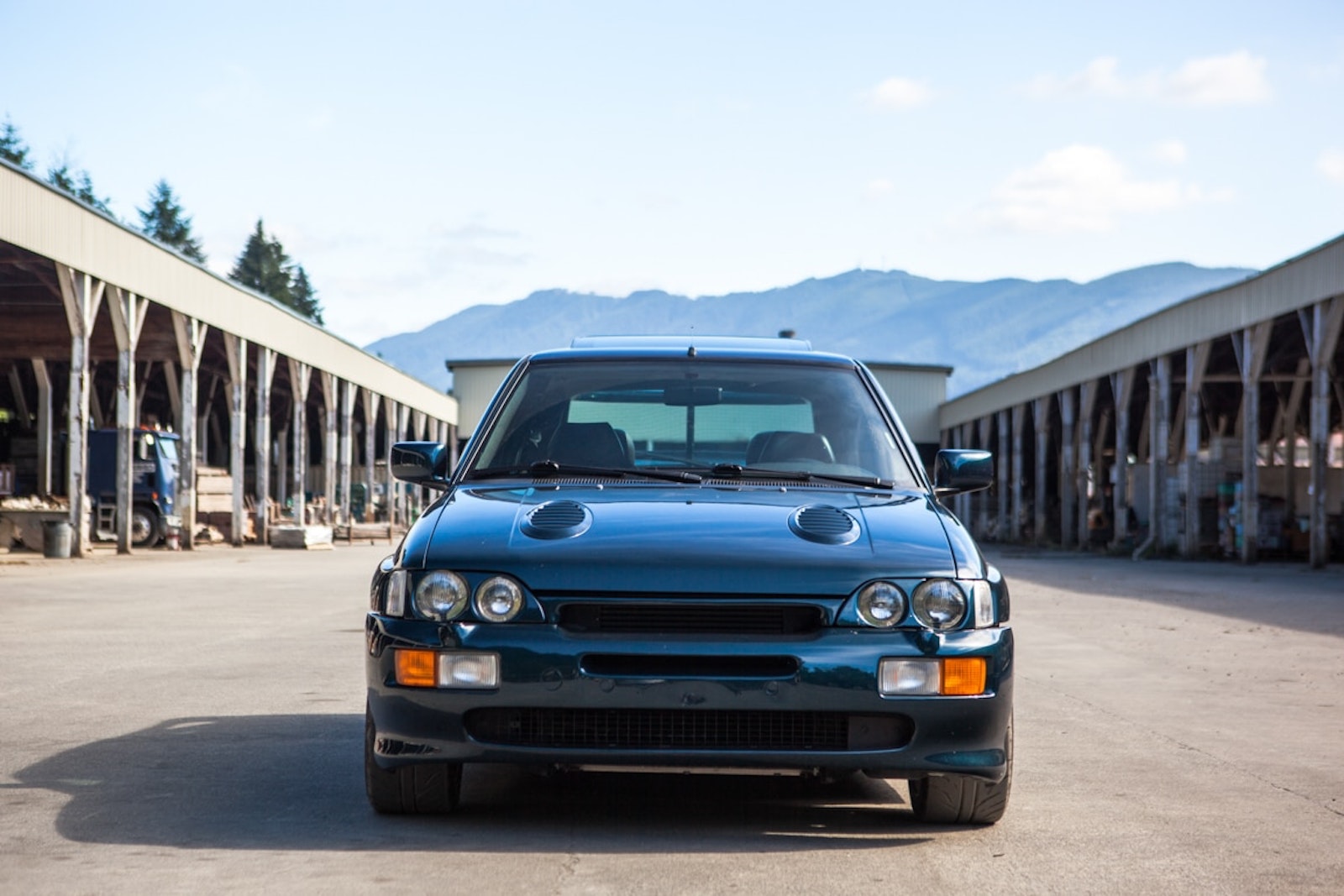 Now that we’ve gotten that out of the way, let’s talk about what it’s like to drive. When I first opened the door, I received that unmistakable scent of a nineties era interior. The car fired right up and had that distinct sound you get from a Cosworth-tuned 2.0 liter – a quiet but authoritative rumble. As I let it warm up, I walked around it taking a closer look at some of the subtleties of the unique shape of the body. Of course the first thing that catches everyone’s eye on these cars is the massive wing on the rear of the car, but as I looked closer, I began to see the differences between this and the normal escort. The front and rear fenders are wider to accommodate the wider stance of the four-wheel drive system, with the front fenders featuring a vent that actually serves a purpose (unlike the cars of today). There are also two vents on either side of the hood; through one vent you can see the intake and intercooler, and through the other, all you can see is the bright blue of the intercooler plumbing and the atmospheric blow off valve. 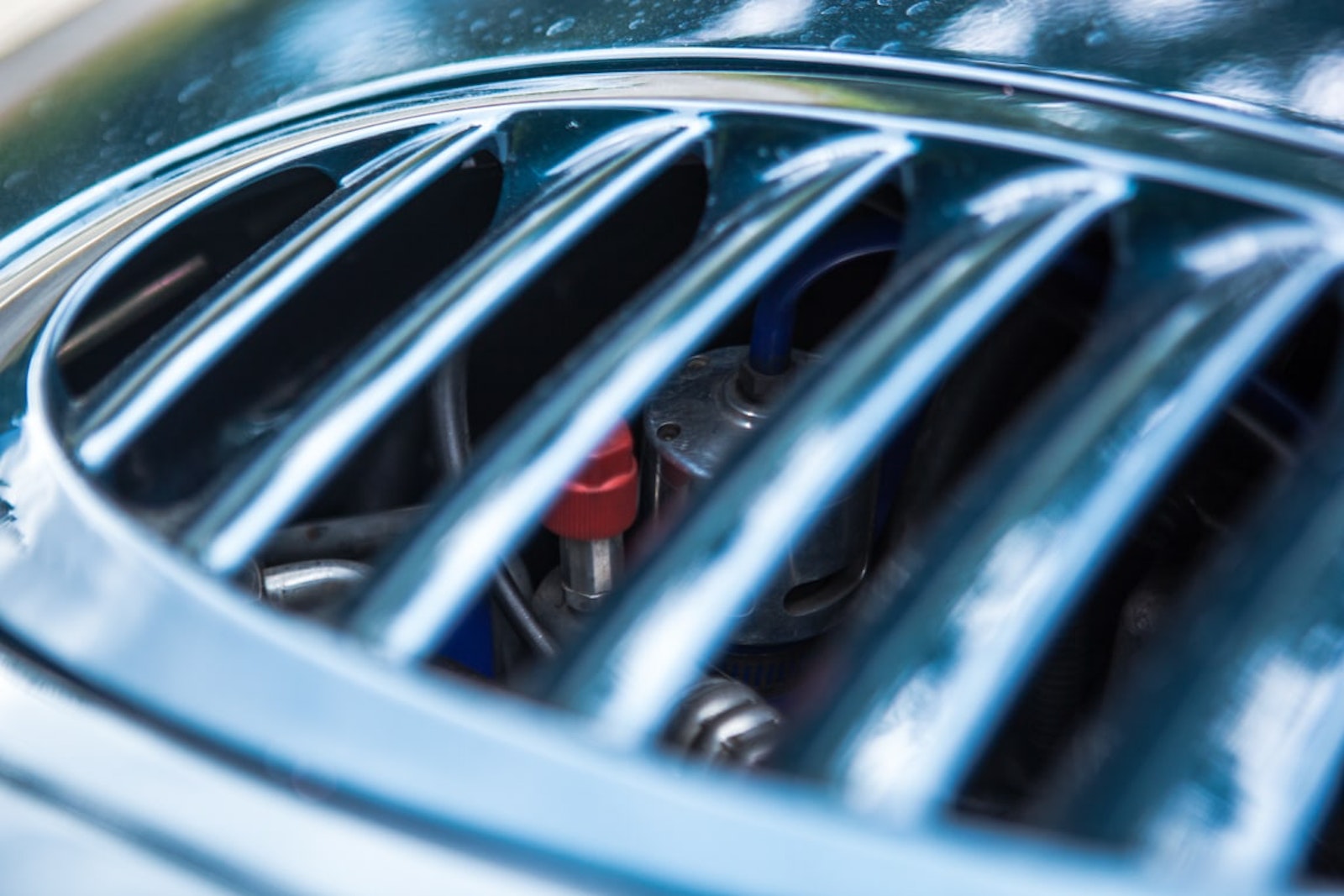 Speaking of the blow off valve, as I began slowly driving the car through the streets of Issaquah, I could hear the faint psshhh of it every time I let off the throttle. That is when the excitement really began to grow inside me… I became unbelievably antsy, just sitting and waiting in the two-mile long traffic jam to the interstate. After what felt like one of the longest traffic jams of my life, I finally made the left turn onto the highway. With nobody in sight on the on-ramp, what do you think I did? Of course, I put the pedal to the floor through the first three gears so that I could feel the true power of this stumpy little hot hatch. Once I finally made it through the fairly large turbo lag, my jaw dropped! I couldn’t believe what I had just felt. This little car pulled harder than most new cars that I have driven. It absolutely didn’t feel like 224 horsepower, it felt more like 324 horsepower and an equal amount of pound-feet of torque. 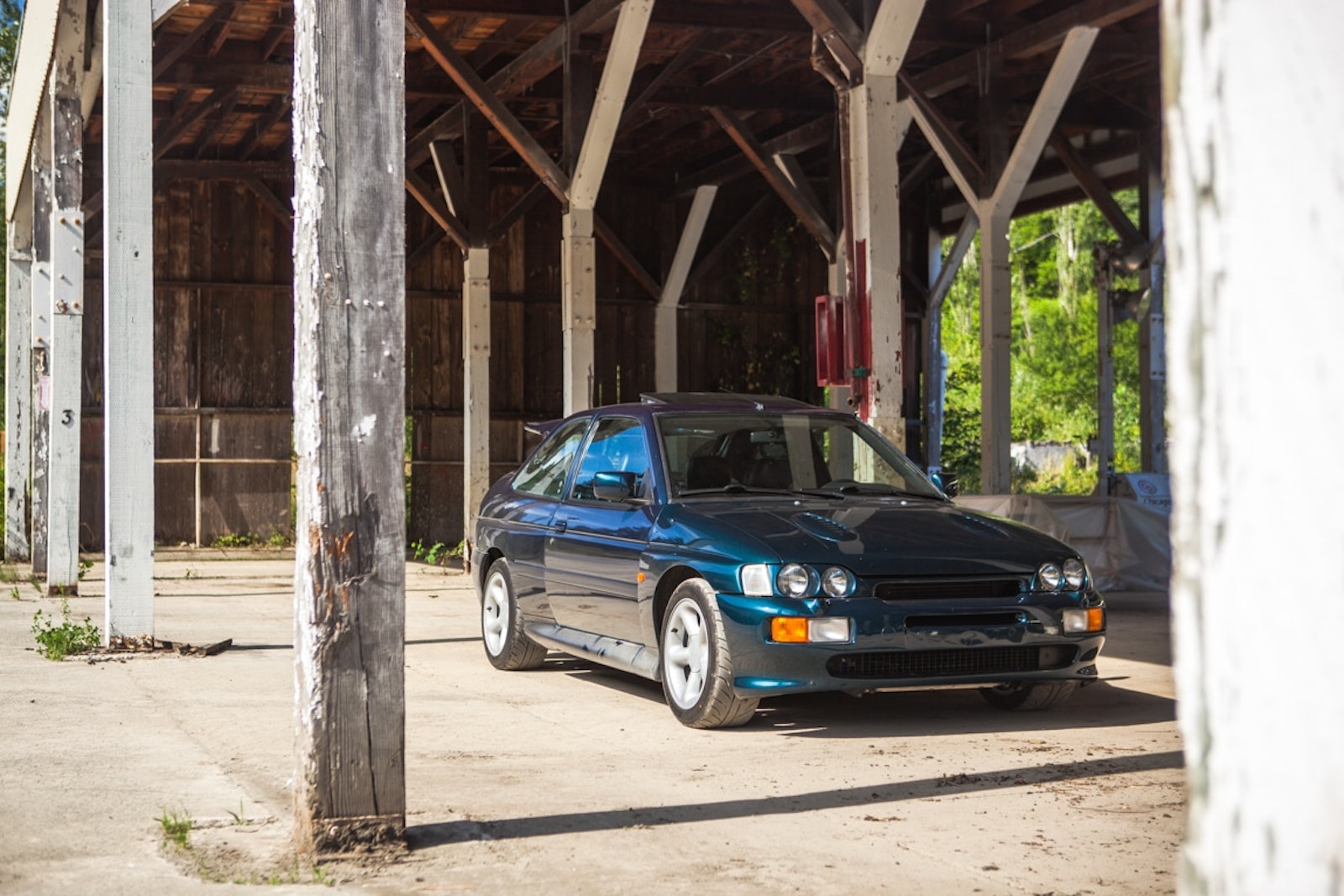 If you have ever driven on the highways in Washington State, then you know that they are far from smooth. Between studded snow tires, a huge amount of eighteen-wheelers and the soft, moist ground below, they have some of the worst road noise and random bumps I have ever seen (and I’ve driven in the Czech Republic). What I am getting at is that the Ford Escort RS Cosworth was yet again, surprising. The road noise was so quiet that you would be able to have a normal conversation with the person sitting next to you. I did my best to miss as many potholes and bumps as possible, but the car handled them like a champ!

While I gave this car a good test through many different everyday situations, what I had been eagerly awaiting was to let the car stretch its legs and take it through some corners to feel the performance and handling that the Ford SVE team had put so much time and effort into.

My final destination was a newly-paved road that had been a gravel forest service road until just recently, when they decided to make it more accessible to the masses of Seattle and the Eastside. I am so glad they did! It features tight winding corners, short curvy hillclimbs, multiple series of crests and long straight-aways, all while being surrounded by rainforest and one of the most picturesque valleys in the area. 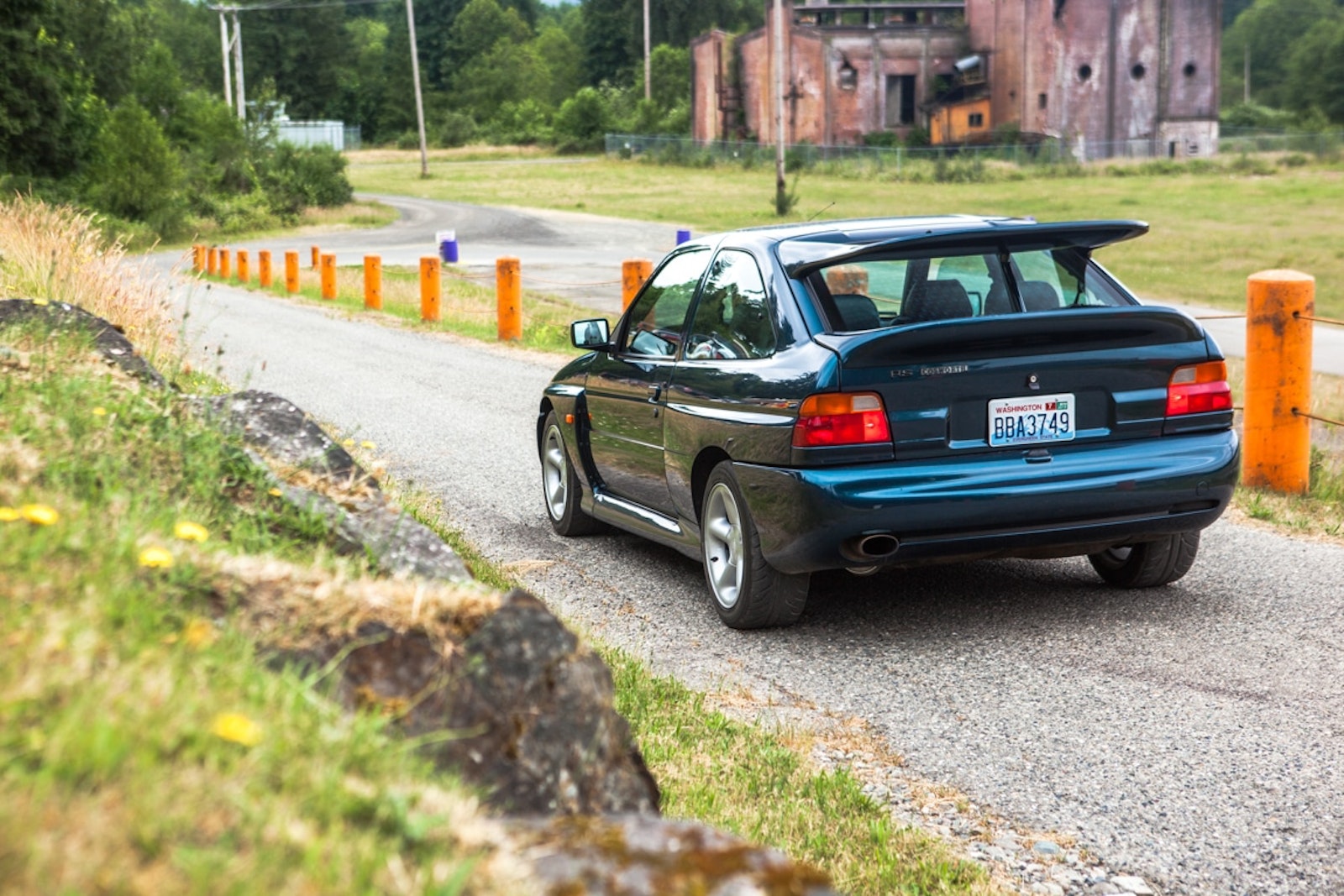 Once I was able to unbridal the RS Cosworth, I began to seriously understand why these were so sought after in the early nineties and why they are so coveted today. Having a short wheelbase and being twenty-three years old, I was expecting a completely different experience than what I received. The first straight away that I was able to shift through the gears was so much fun; feeling the turbo consecutively spool up through each gear and feeling the accelerations was just the beginning. On the first set of corners that I came into, I realized that I underestimated the car and ended up braking way too much and not pushing on the throttle as early as I could have. As I became more comfortable with taking the Escort through the corners, I was able to allow it to carry more speed into them, steer less and get back on the power much earlier. This car literally feels like it is attached to rails. One of my favorite aspects of the car is how early I was able to accelerate out of the corners. If you’ve driven any modern all-wheel-drive car, you’ve undoubtedly noticed it understeer if you touch the throttle too early in a corner. Thanks to the 34/66% power split of the all-wheel-drive system, the car powers out of the corner precisely where you want it to. You can feel the rear wheels pushing you through the corner while the front wheels pull you in the direction you want to go. In turn, being able to press the throttle sooner allows the turbo to spool up by the time you are ready to go full throttle to the next corner. All of this combined through a series of corners makes this car one of the best handling and most fun cars I have ever driven.

I have had the opportunity to drive the latest Ford RS, and I can say with a large amount of confidence that I would rather daily drive this 1994 Escort. It is more comfortable to drive, handles just as well and the power feels just as strong. By far the biggest thing that this car has over the newest model is the fact that it doesn’t feel like you always have computers helping you along and nearly controlling the entire car. If you ever have the opportunity to sit behind the wheel of a Ford Escort RS Cosworth, take it all in. There aren’t many cars that can compare.

Take a Look Back at Launch Control Season 5