Throughout the existence of the automobile, a small handful including the Porsche 911, Ford Mustang, Volkswagen Beetle, Audi Quattro, Ferrari F40, Mini Cooper, and BMW M3 have become international icons of the industry. Of these icons, the BMW M3 has maintained this status across more than one of its five generations since 1985. Since its release, the BMW M3 E30 generation has been one of the most sought-after performance saloon cars. 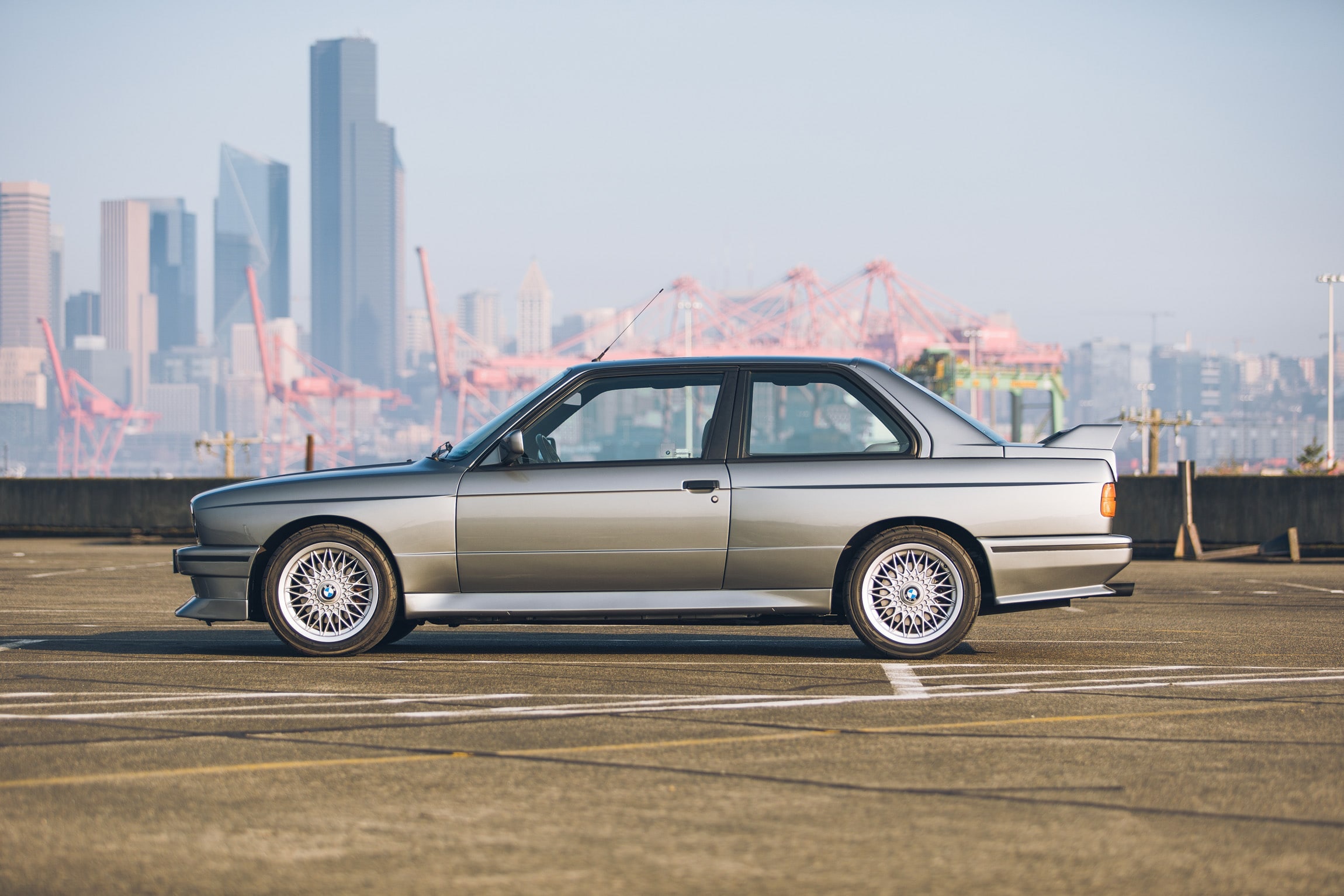 For this reason, it has unfortunately become increasingly more difficult to find a clean E30 M3 that hasn’t been modified. This model is so difficult to locate that it has driven the price substantially higher.  A particularly perfect example of the E30 M3 recently sold at auction for $137,000! Knowing how highly regarded these cars would become, in hindsight I wish I would have told my dad not to sell his E30 twenty years ago. Unfortunately, I was only nine years old and barely knew a thing about cars. 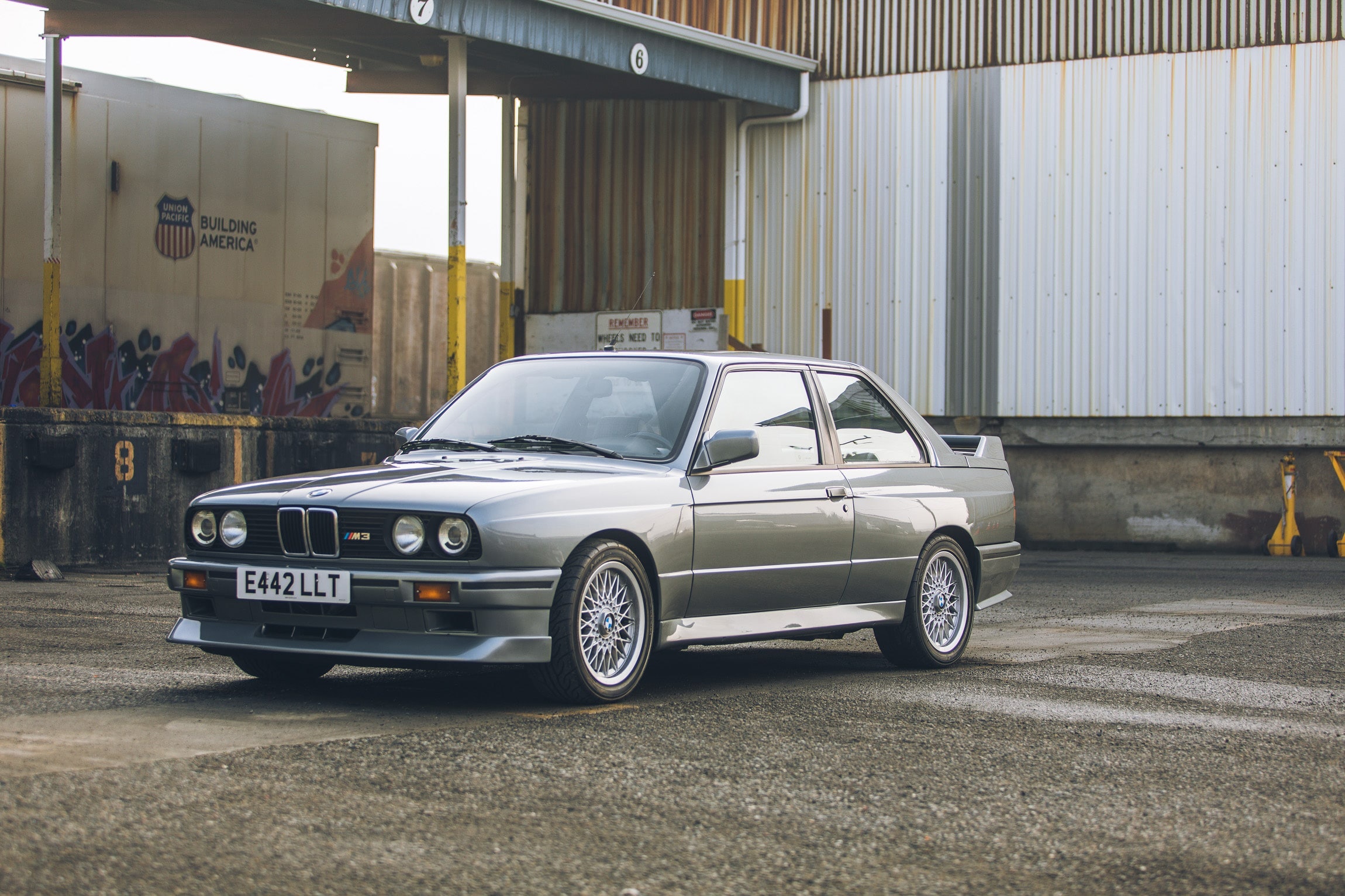 The BMW M3 came to life in the mid 80’s when BMW boss, Eberhard Kuenheim, wanted a new sporty engine for their extremely popular 3 Series to compete in the World Touring Car Championship. The experienced engineers at the BMW M GmbH division took on the task and began designing the high-performance variant of the 3 Series. They not only developed a new engine based on F1 technology and featured parts from the BMW M1, but they also made the chassis lighter and stiffer, updated performance parts from front to back and fitted new stylish body panels. 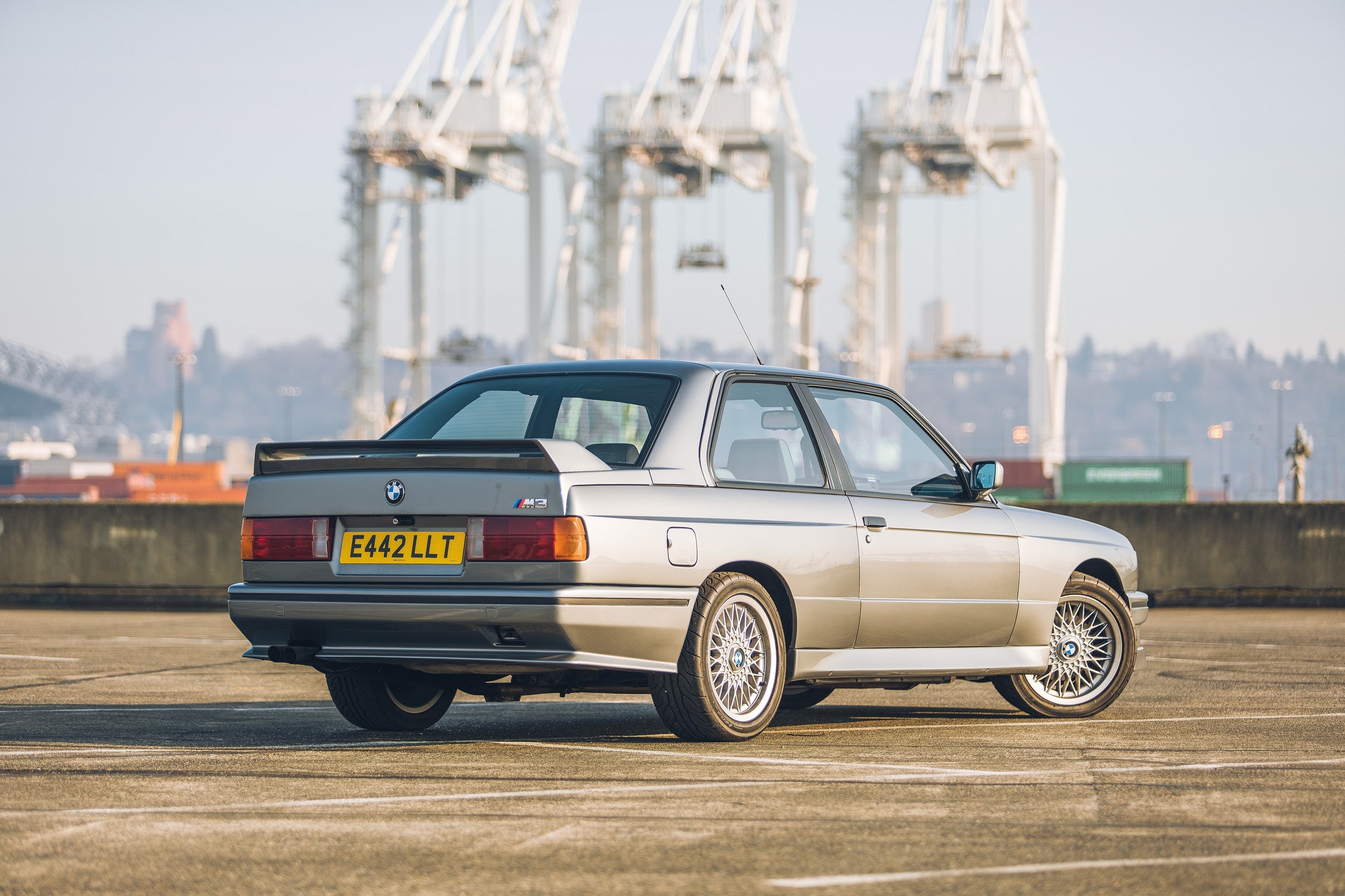 Little did they know that they had created a timeless classic that would be adored for decades to come. The WTCC required a total of only 5,000 production models to be built for homologation into Group A, but the M3 was so popular that by the end of the E30 generation they had built and sold nearly 18,000 of them!

Following a few solid years of success with the standard M3, BMW M was ready to make a few tweaks to the car. Group A rules allowed manufacturers to bring new parts to the table through “evolution” (EVO) models without having to build another 5,000 of that specific variation. Instead,they were only requiredto buildan additional 500 featuring the new parts for the public. While BMW M made their first evolution in 1987, it did not receive the EVO title since only the cylinder head had been revised. 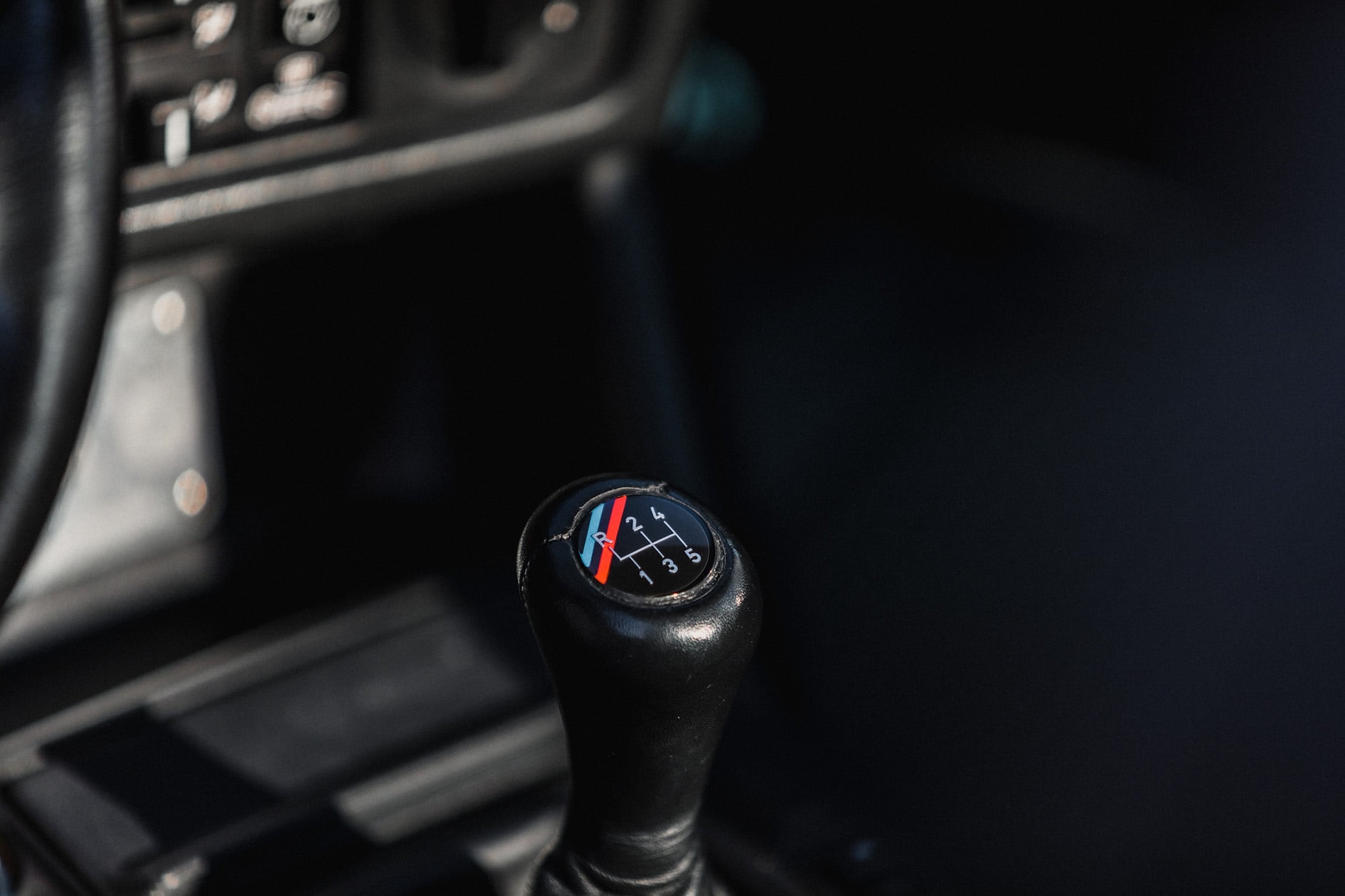 The EVO name and individual numbers were not used until the following year with the release of the E30 M3 EVO II. Improvements made with the EVO II included new pistons that provided a higher compression, a more efficient air intake system and an updated ECU, all of which added up to an increase of 20 horsepower and about five lbs./ft. of torque. 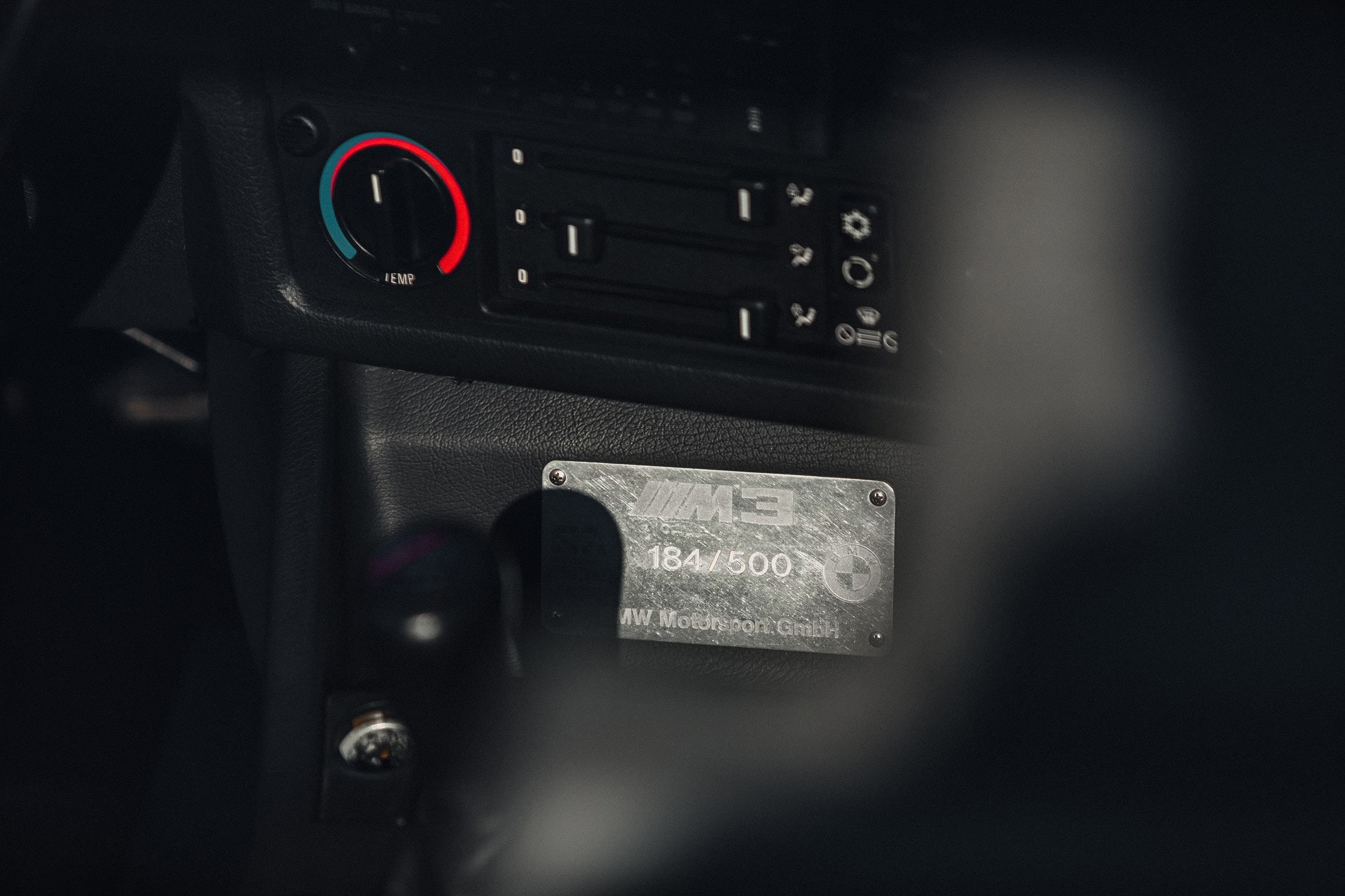 Taking in the styling of the EVO II, it is easy for the novice to overlook all the changes from the standard M3. The body specialists were not focused on changing the styling, but rather making improvements that would aid in the overall performance of the car. A few of these changes included a slightly deeper front valance, an added lip on the rear spoiler, and removal and conversion of the fog lights to cool air ducts that directed air to the front brakes to aid in brake cooling. There were also small changes to the body, implemented to reduce weight, that are almost undetectable. Thinner glass, a lighter trunk lid and bumpers account for about 22 pounds of weight savings. That may not seem like much, but a decrease in weight, plus an increase in horsepower, a lightweight flywheel and a shorter final drive all add up to a solid package. The M3 was already such a proven platform that only small refinements were needed. Although in today’s standards, the E30 M3 (including the EVO) isn’t a fast car, it is still a very satisfying experience. It is also a comfortable ride, which is not something normally said about cars used for homologation purposes. It’s so smooth, in fact, that you could easily drive the E30 every day of the week—it’s comfortable for a commute, it has enough space in the back seat and trunk for kids and groceries, and when the weekend rolls around you have the available performance and handling to take it out for serious fun on some curvy roads. 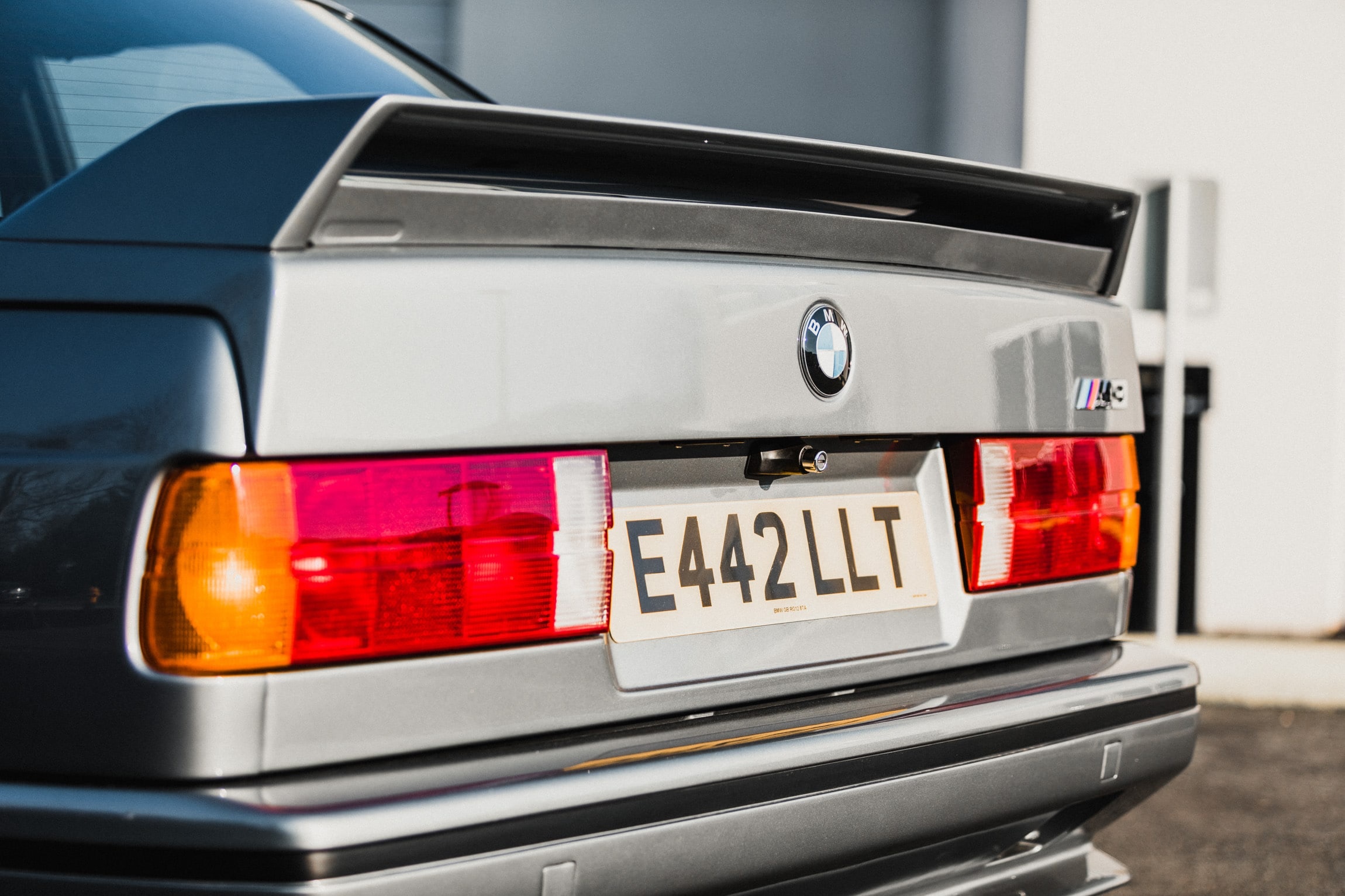 Let’s get down to the nitty-gritty and talk about what it is like on the road. To start off, the E30 M3 is an absolute pleasure to drive! This car was built in a time when “German Engineering” was far superior to what was being built everywhere else around the world. As mentioned above, homologation specials are typically hardcore cars that have more in common with their racing counterparts than the car they are based on. Compared to today’s models, the M3 EVO II is not the most powerful, but the power delivery is strong and stable. From the moment you push on the throttle until you ease off, there isn’t even the slightest hesitation. BMWs are well-known for their weight distribution, but the M3 should be the poster child for balance. No matter how tight the corner, the car always feels solid. Whether I am giving it more throttle or applying the brakes mid-corner, I am never concerned about it doing something unexpected.

I am sure some are wondering why this car should be part of the Rally Legends series, but one of the most notable, but often overlooked accomplishments of the M3 platform is the success that teams had with it in stage rally. In 1987, following the demise of Group B in the World Rally Championship, Group A took over as the top competitive class with a multitude of all-wheel drive car dominating the top of the ranks. While the Lancia 037 was the final rear-wheel drive car to win the WRC in 1983, it was not the final RWD car to win a WRC event—that crown belongs to the BMW M3 at the 1987 Tour de Corse when Bernard Béguin drove a pro-drive prepared car to a monumental overall victory.

If ever given the opportunity to push BMW M3 EVO II hard, I would absolutely not hesitate. The German engineers at BMW M GmbH hit it out of the park with the standard M3, so to “improve” it by making small refinements, you can expect something truly special. We were also lucky enough to spend some time with the BMW M3 Group A rally car, so check back soon for that feature!

Article and photos by Trevor Wert

Rally on a Budget – SCCA RallyCross