Since the birth of the World Rally Championship, Ford has cultivated an overwhelmingly successful and extensive history in the world of rally all around the globe. They have developed a reputation for building some of the most impressive rally cars of all time, with their first foray into the World Rally Championship in 1978, which was the same year the WRC was founded. Entering into the championship with the already proven Escort RS1800, with world-renowned drivers, Hannu Mikkola and Bjorn Waldegard. In their inaugural WRC season, Ford was able to bring home their first WRC win from the Lombard RAC Rally with the Escort. That was the beginning of one of the most successful manufacturers to ever grace the WRC.

Since that first season, nearly forty years ago, Ford has built their fair share of extremely successful rally cars, while pushing the limits of technology and innovation. Some of the most notable rally cars that have been a product of the Ford World Rally Team are the Mk1 and Mk2 Escorts, the monstrous and fabled RS200, the Escort RS Cosworth, the Focus RS WRC and most recently, the Fiesta WRC. 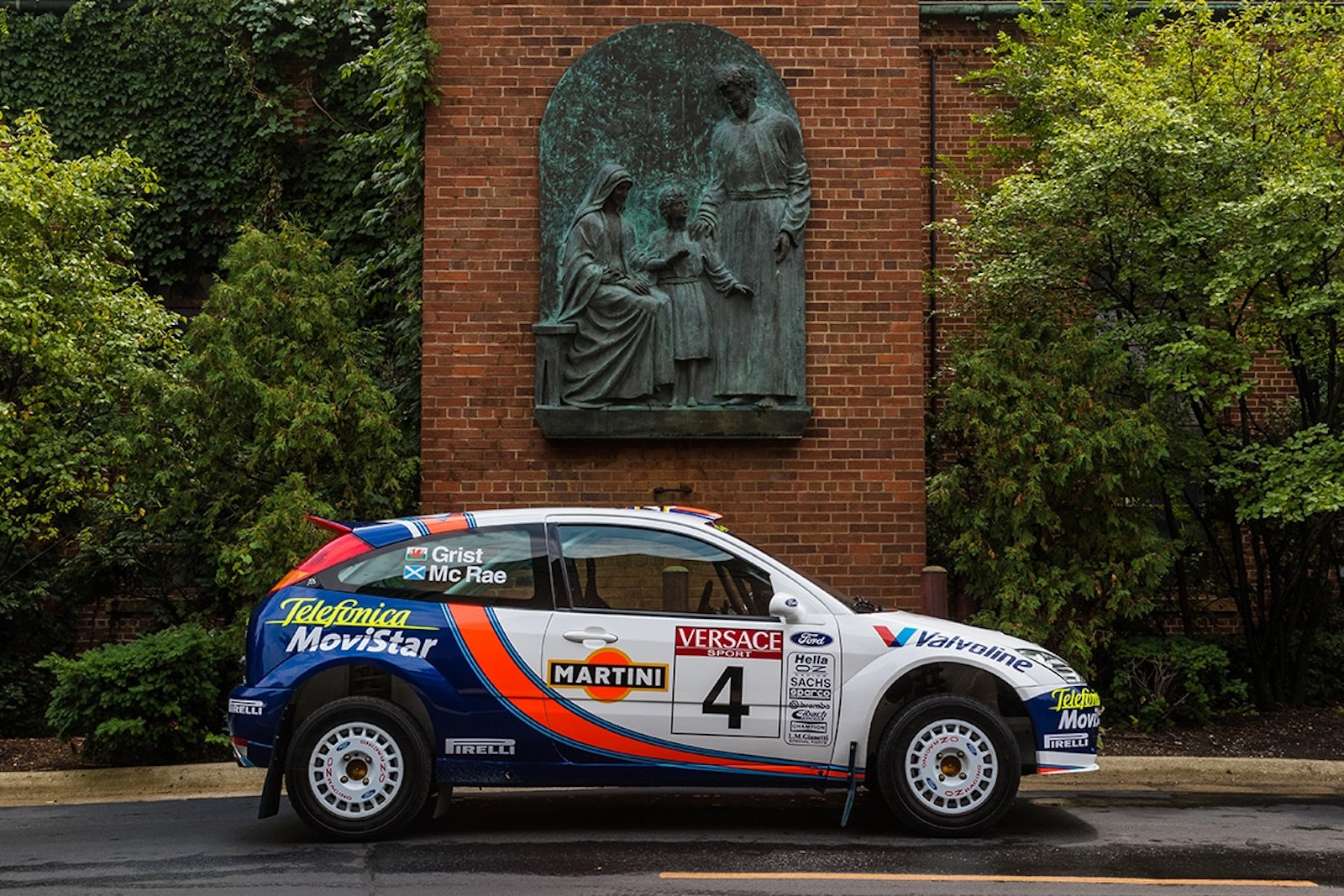 The DirtFish showroom is home to one of the few Ford Focus RS WRC cars in the world, and a very special one at that. As if being a one of forty-four M-Sport built Focus WRC cars produced between 1999 and 2002 doesn’t make it special enough, the rear windows carry the names: McRae and Grist. Yes, this is one of the cars that has had the ultimate privilege of being driven by arguably one of the most iconic legends in the world of rally, let alone one of the biggest names of all-time in motorsports.

For those of you who don’t know about Colin McRae, let me give you a brief history: McRae’s rally career began in 1986, competing in the Scottish Rally Championship, eventually winning the driver championship only two years later. In 1991, he was signed on to Subaru’s British Rally Championship Team, which was run by the infamous Prodrive, going on to win the 1991 and ‘92 British Rally Championships. McRae’s successes in the BRC lead to his first WRC campaign in 1993. Under the newly formed Subaru World Rally Team and driving the Subaru Legacy RS, he was able to obtain his first ever WRC rally victory in New Zealand that year (this was also the first victory for Subaru World Rally Team). McRae had continued success with Subaru and Prodrive in the iconic 555 Subaru Impreza that he would eventually drive to win the 1995 WRC driver’s title, winning two races and achieving three more podiums. His WRC success continued with Subaru and Prodrive through the 1998 season, achieving two-second place finishes, and one-third place finish in the overall driver’s championship. 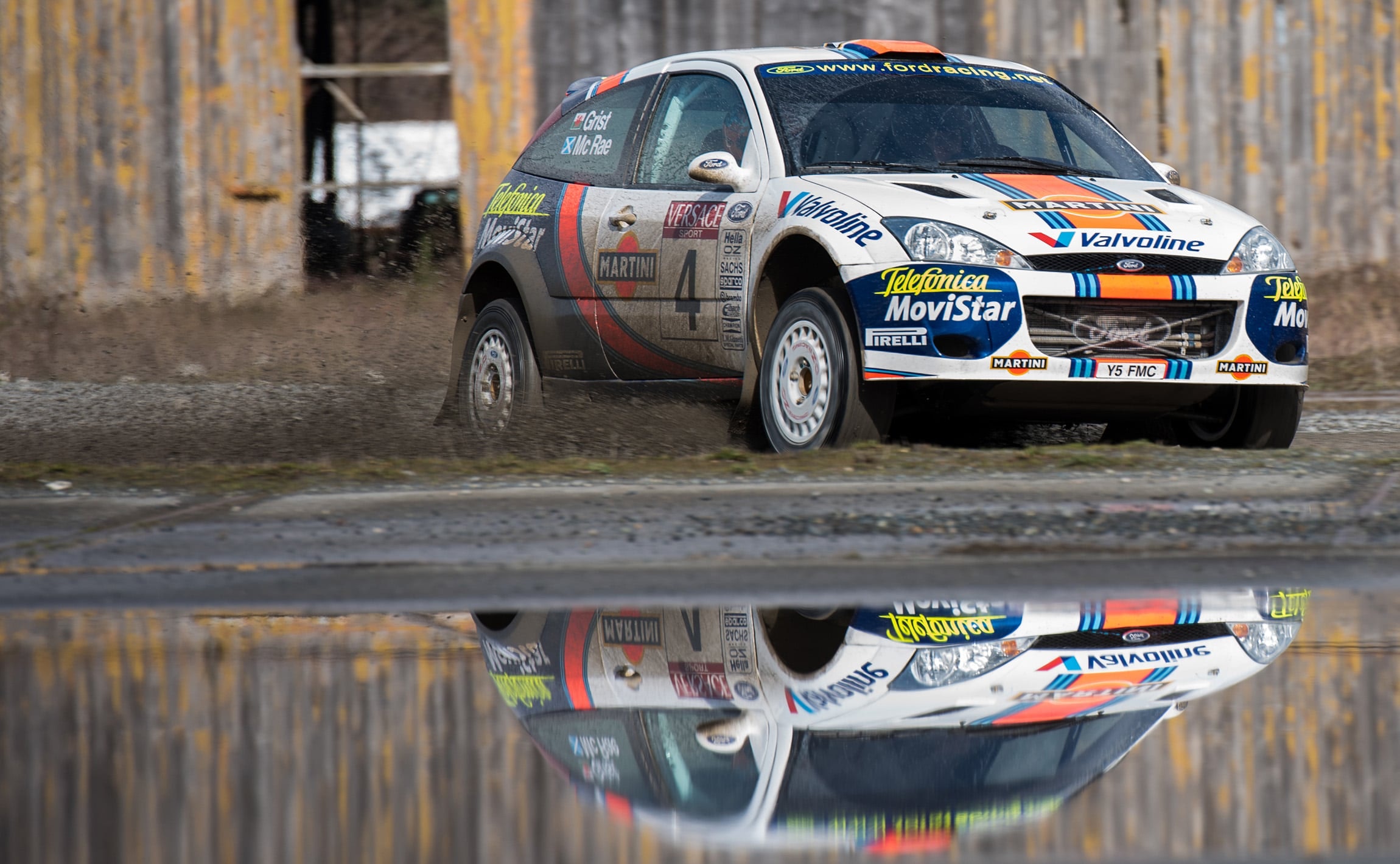 1999 marked the beginning of a four-year relationship between McRae and Ford; it was also the first season that Ford would be using their new Focus WRC. Upon joining the Ford World Rally Team, run by world-renowned Cockermouth-based M-Sport, he was able to prove his worth right off the bat, achieving a 3rd place finish in Monte Carlo, the inaugural round of the 1999 WRC season. Unfortunately, the team was using an illegal water pump, ultimately resulting in McRae’s disqualification.

Two events after the disqualification, McRae brought home the first win for the new Focus WRC at the African Safari Rally. This was not only a monumental finish for the Scotsman, but M-Sport and Ford as well, proving that the newbie had what it takes to be on top with the new team. That top finish was immediately followed by yet another win from McRae at Rally Portugal. 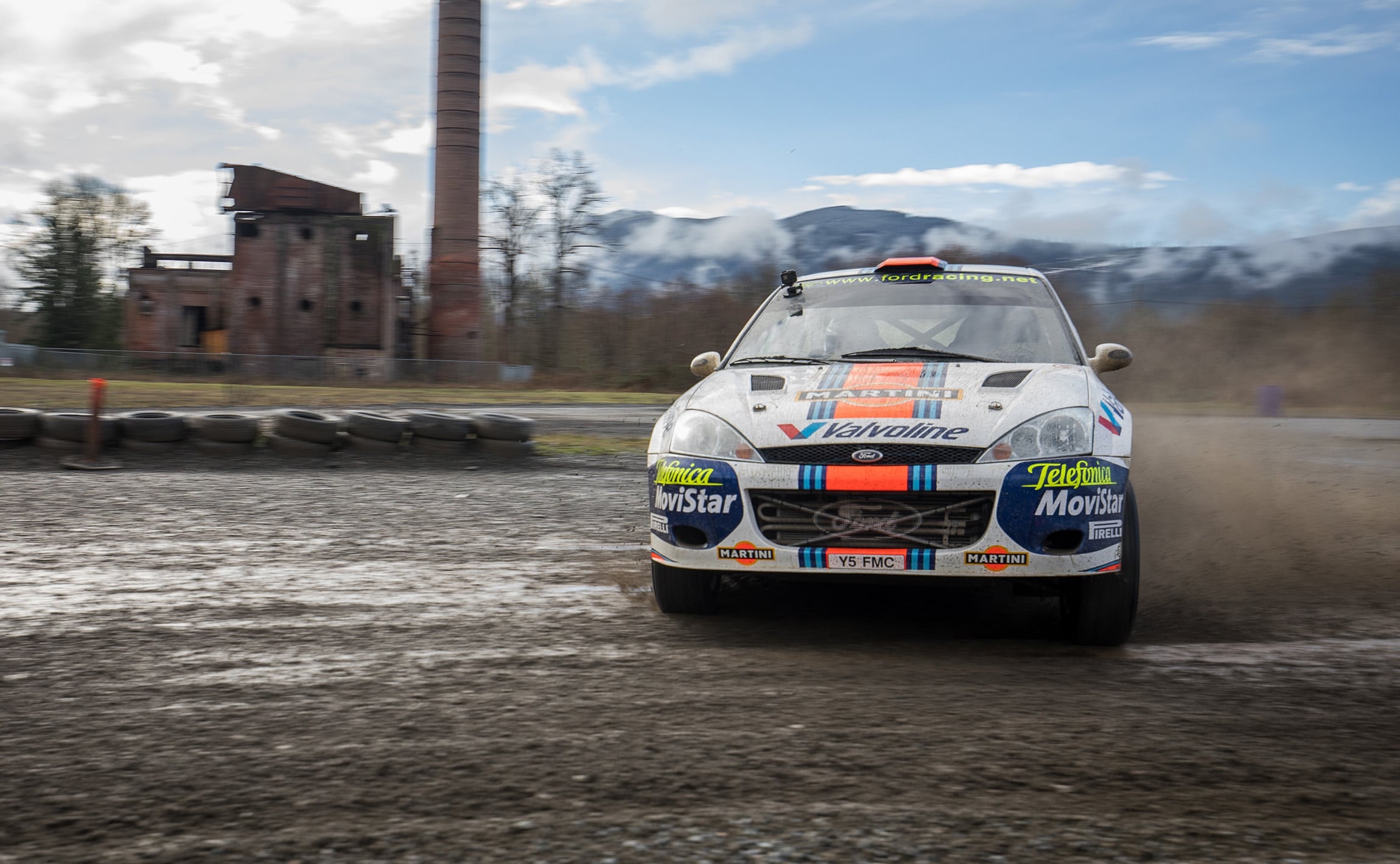 McRae gained an unrivaled amount of notoriety, partly because of his success, but also thanks to his flamboyant and ‘all or nothing driving’ style. Coining the motto, “If in doubt, flat out”, is something he absolutely lived by, either achieving great results or crashing out in a spectacular fashion (you could almost say that he took a page out of Ricky Bobby’s book with the quote, “If you ain’t first, you’re last.”). 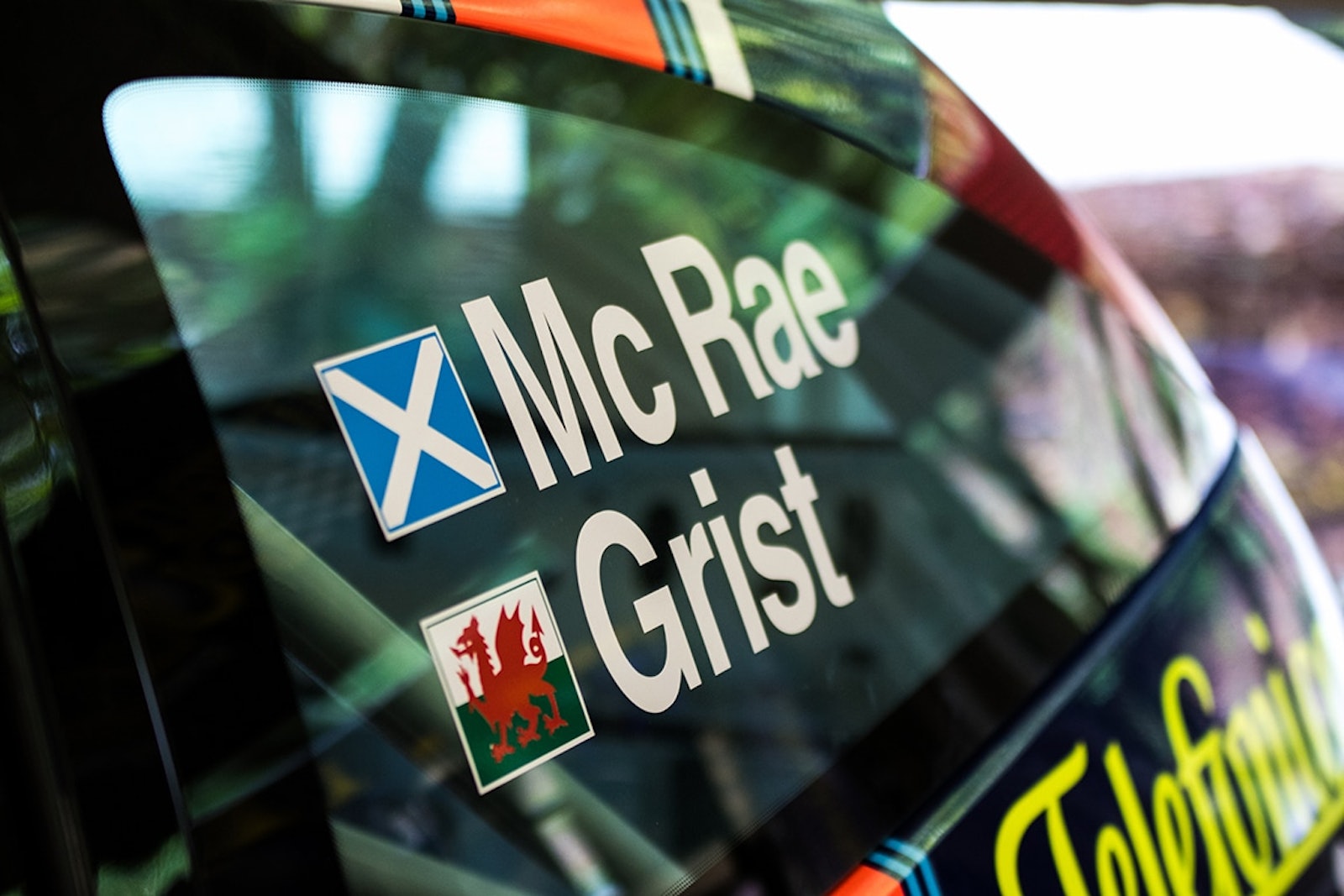 During his time with Ford World Rally Team and M-Sport, McRae was able to achieve nine rally victories and sixteen total podium finishes in the Focus. In 2001, he completed the season in 2nd place for the overall driver’s championship.

The 2001 Focus RS WRC found in the DirtFish showroom has a short history at the hands of McRae, only entering three WRC events spanning the 2001 and 2002 seasons. This car (Y5 FMC) was used in the 2001 Rallye Sanremo, one of the events that lead to his 2nd place finish in the driver’s championship that year. The following year, it was only used in two events, the Monte Carlo Rally and Tour de Corse – Rally France (Corsica).

Unfortunately, Corsica was the final rally this car would ever see. After fighting to 4th place through the first fourteen stages, McRae and co-driver, Nicky Grist, were pushing hard attempting to gain time on the leaders. Upon entry of a high speed right-hand corner, the car hit a patch of mud on the tarmac, causing it to understeer off the outside of the corner and triggering a severe impact with a tree on the driver’s side. The impact crushed the A pillar, bending the cage and reducing the area around McRae’s feet to nearly half of it’s original size. McRae suffered a concussion, and also split open his little finger, breaking bones and tearing tendons. 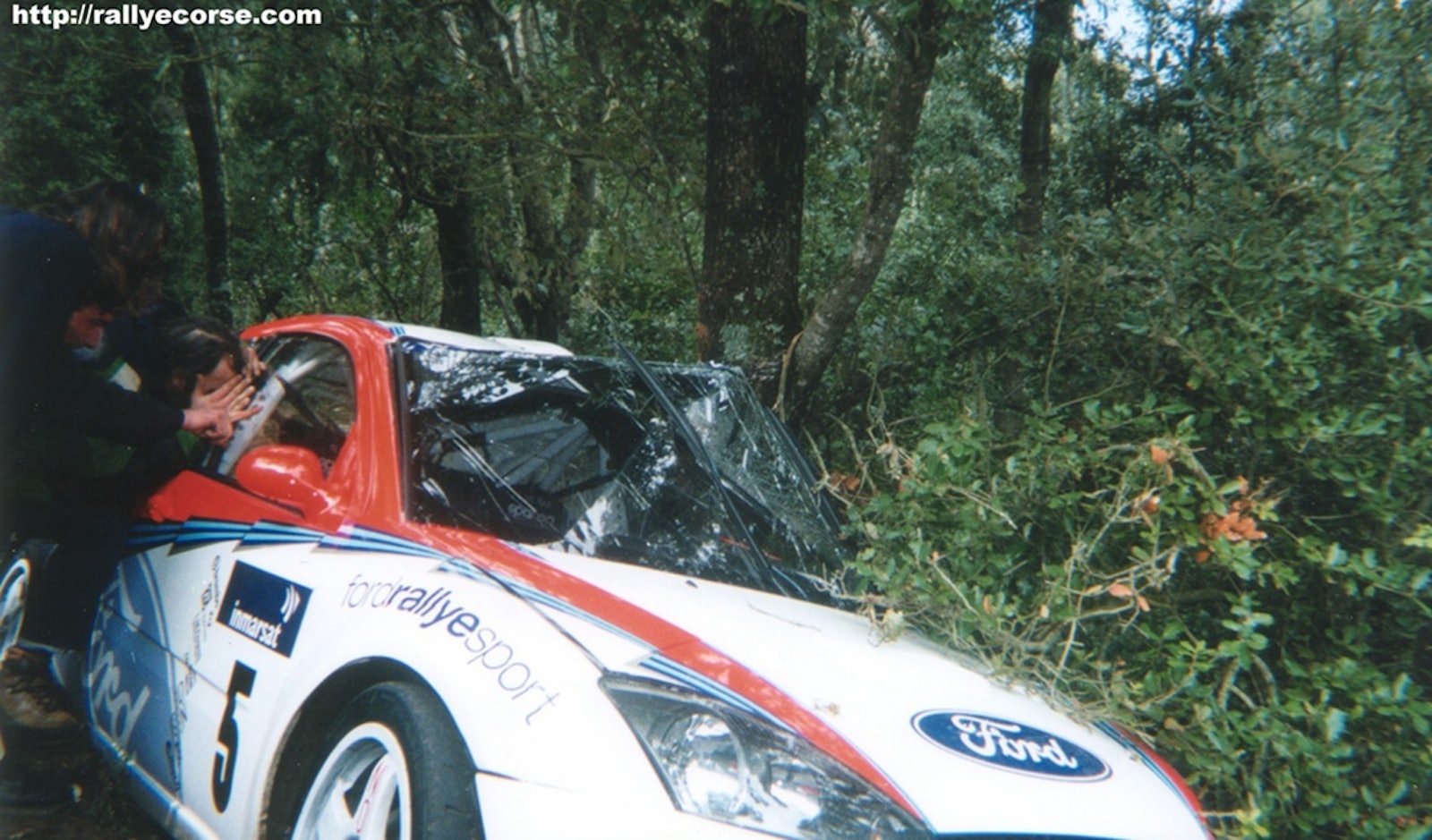 Following the crash, the car was sent back to the UK where it sat in the corner of the M-Sport shop, unrepaired for years.

September 15th, 2007 was a devastating day for not only the rally community, but the entire motorsports world. That was the day the legendary driver passed away in an unfortunate helicopter accident. 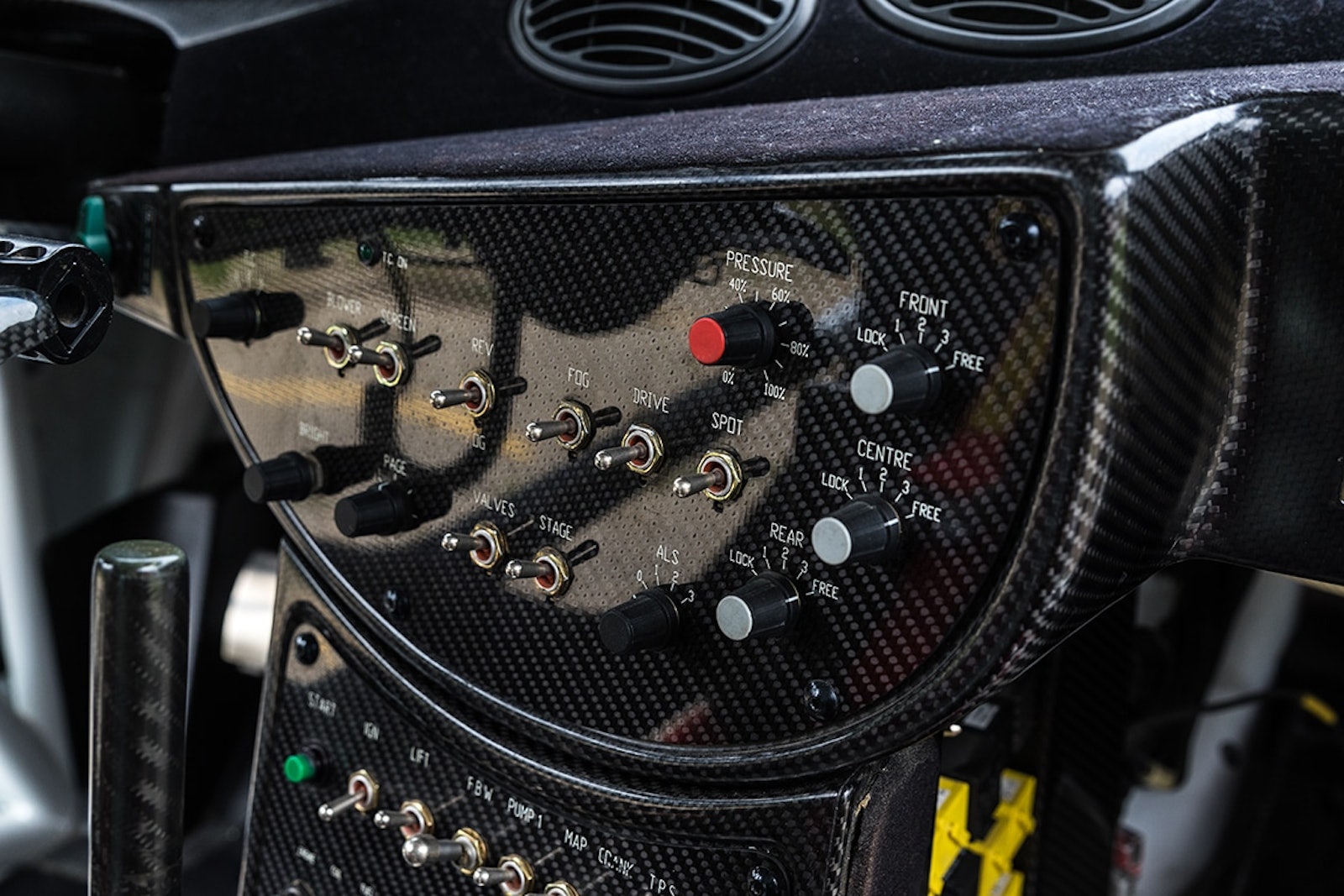 After his passing, it was decided that Y5 FMC would be resurrected and restored to its former glory. Because of the extensive damage suffered in the Corsica wreck, it would be no small job. It was obviously going to need to have the majority of the roll cage rebuilt and a lot of work straightening the body and chassis to bring it back to its former glory. The project was taken on by the technicians at M-Sport, and the car was rebuilt to the exact standards and specifications it originally had when it left the shop back in 2001.

Following it’s restorations, it was purchased by DirtFish Owner, Steve Rimmer, and added to his impressive collection of rally cars, along side a Subaru Legacy RS that was also used by McRae in the early 1990’s.

The engine powering the car is a highly modified, turbocharged 2.0 Liter, inline 4 cylinder, 16 valve Duratec, based on the engine used in the Focus road cars. While the engine in the average road-going Focus only produces 130 horsepower and 135 lb/ft of torque, the rally car eclipses that with 300 bhp and a massive 406 lb/ft of rally road-destroying torque. Weighing in at only 2,700 pounds, the acceleration on this car is outrageous and is said to get from 0-60 in 4.2 seconds. Putting all of that power to the ground is the work of the Xtrac 6-speed Sequential gearbox, that sends the power to all four wheels through one of the most advanced active all-wheel drive systems ever fitted to a rally car. Keeping traction with the road is accomplished with Reiger Rally suspension, which is still used on most of the top rally cars today. 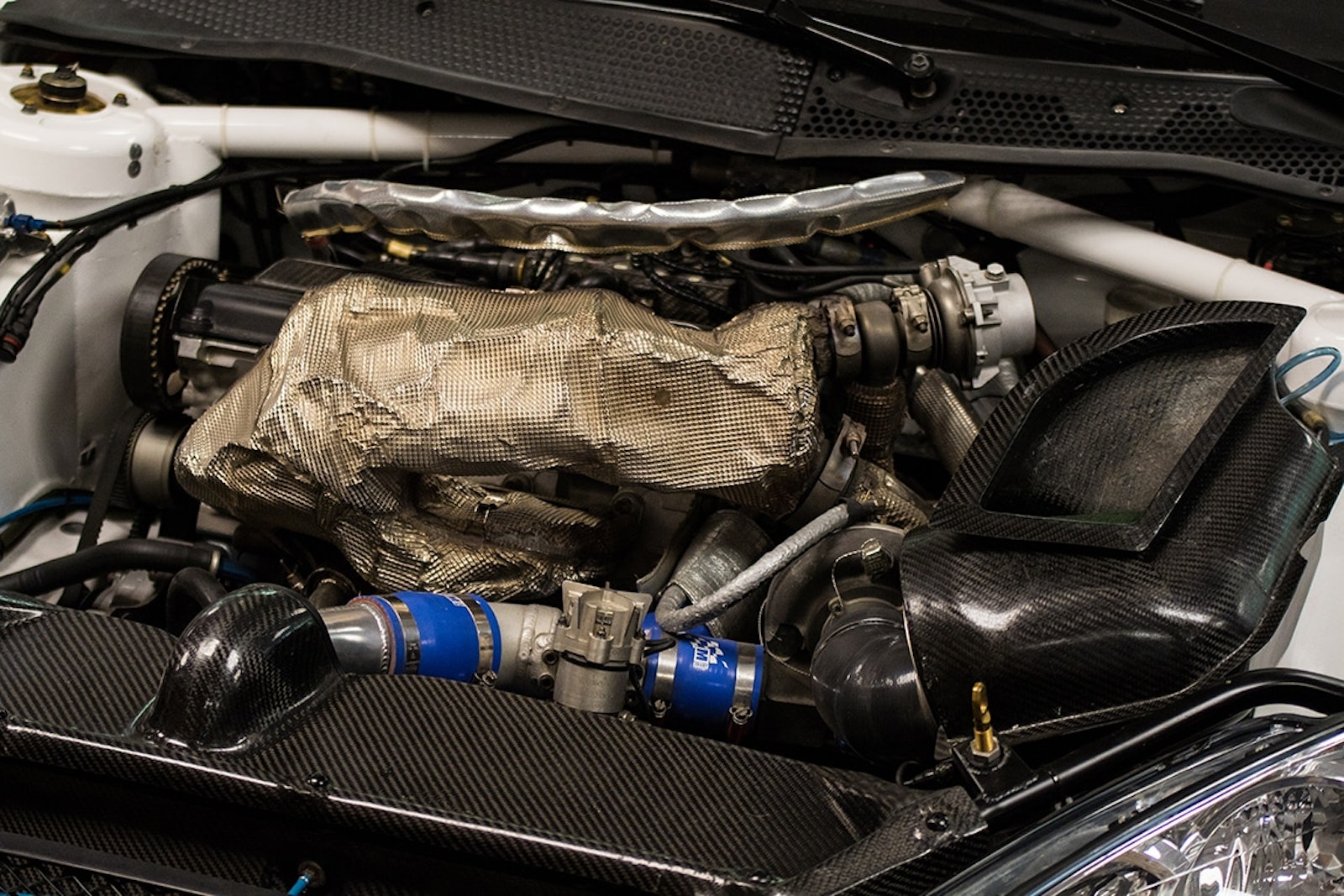 This Ford Focus RS WRC has been impeccably restored by the team who originally built and maintained the car. It has seen the dirt a few times since then, and now sits in the DirtFish showroom, flanked by other legendary cars including the Ford RS200, Richard Burns Subaru WRC99, an Audi Sport Quattro and Mk2 Ford Escort. 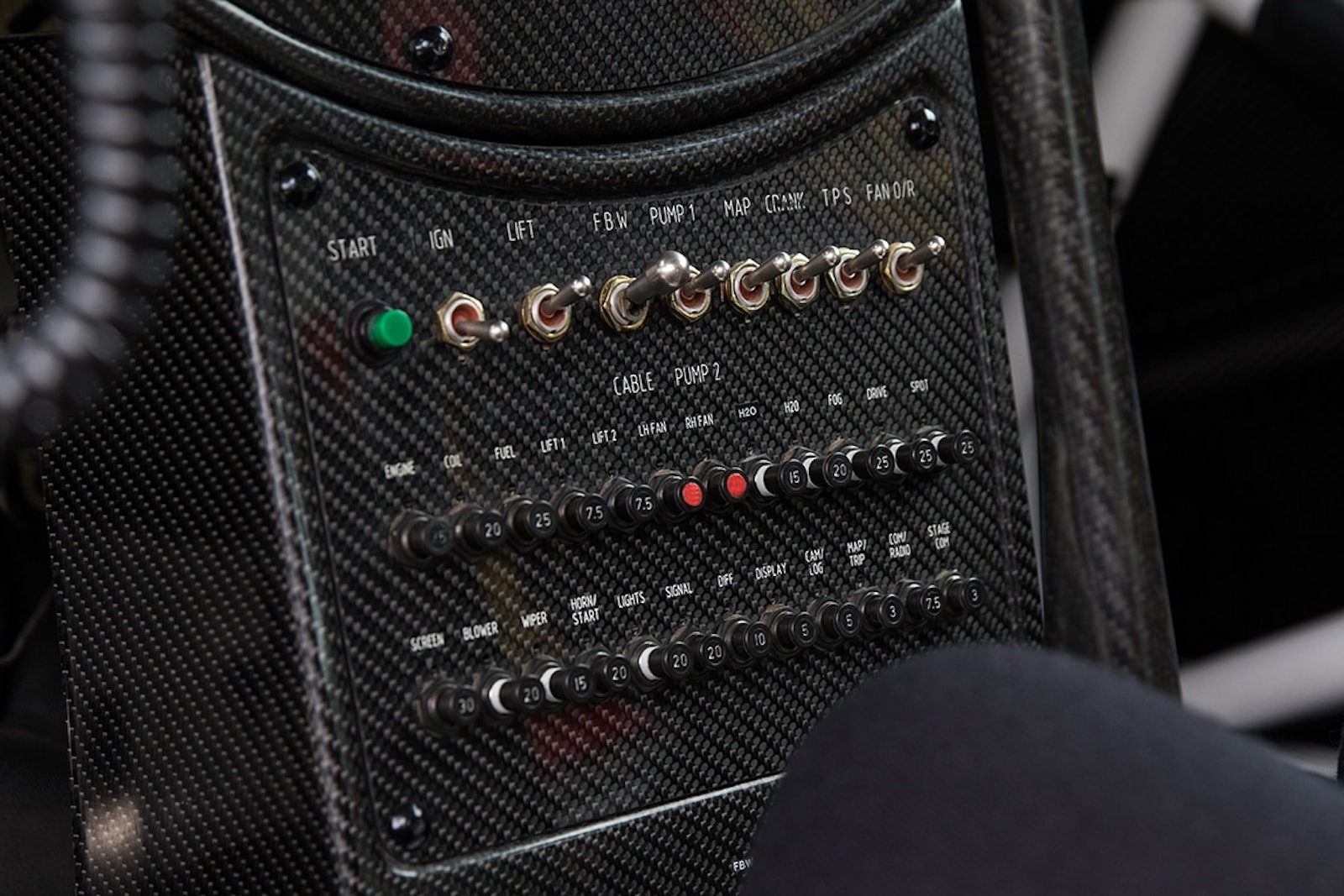 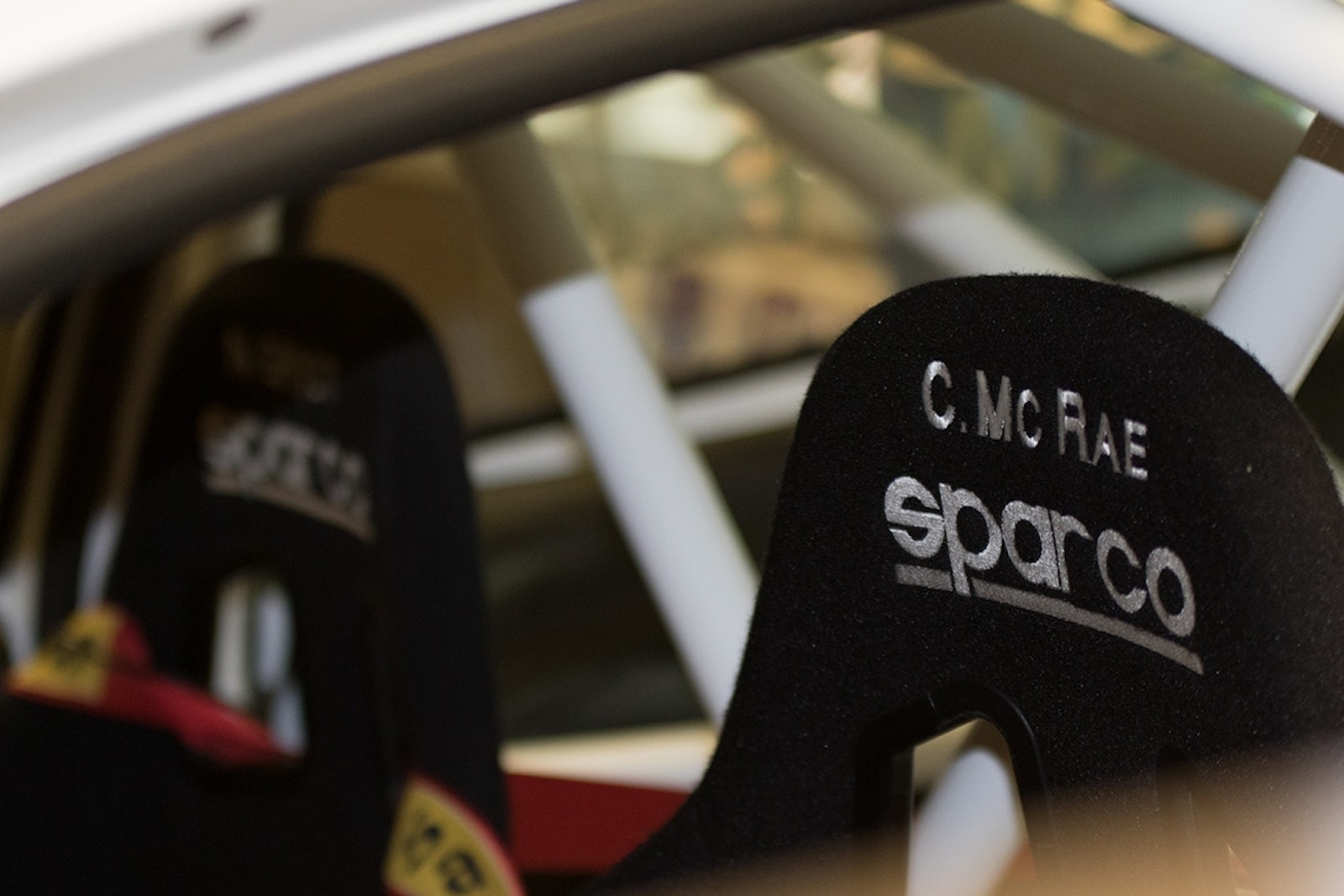 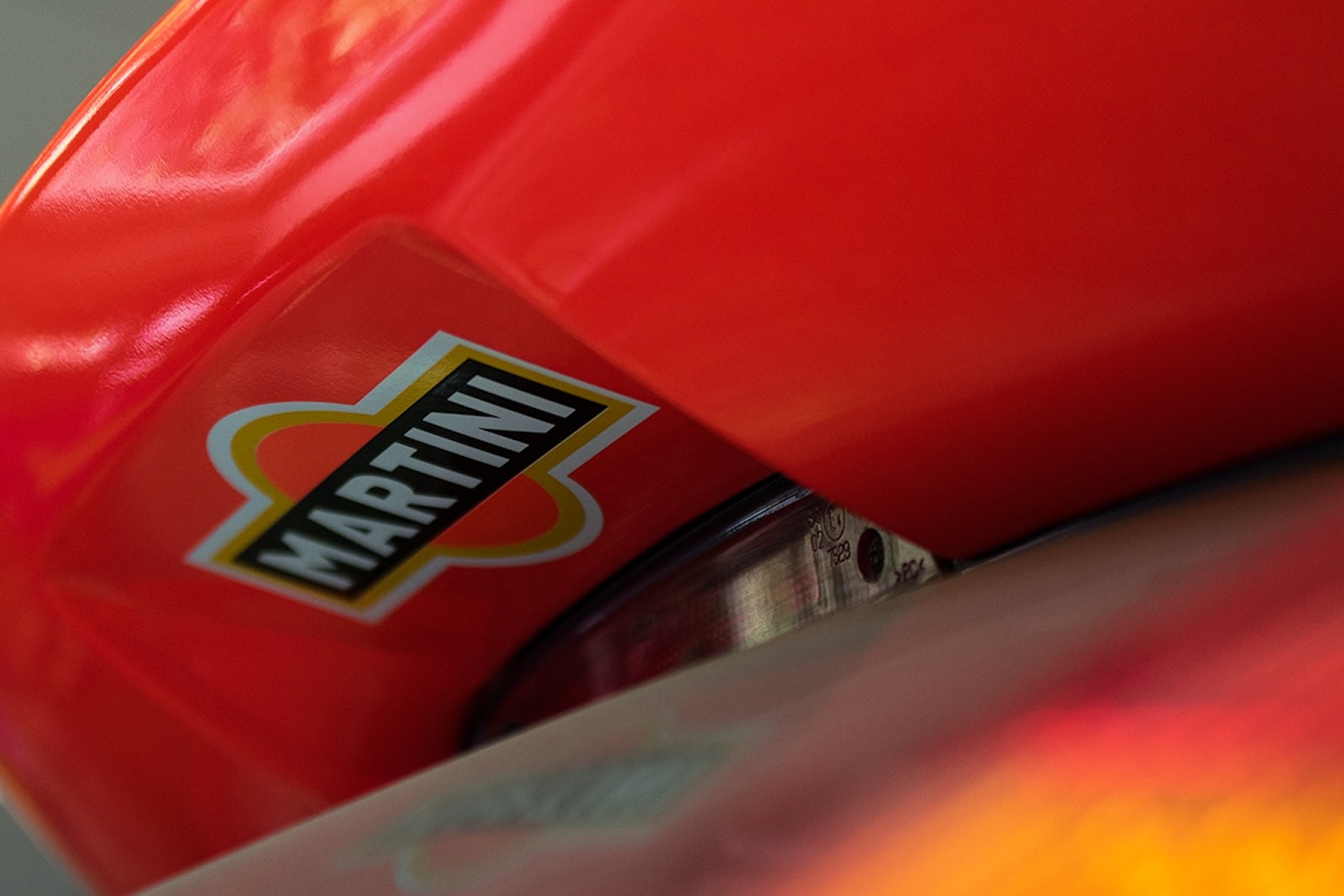 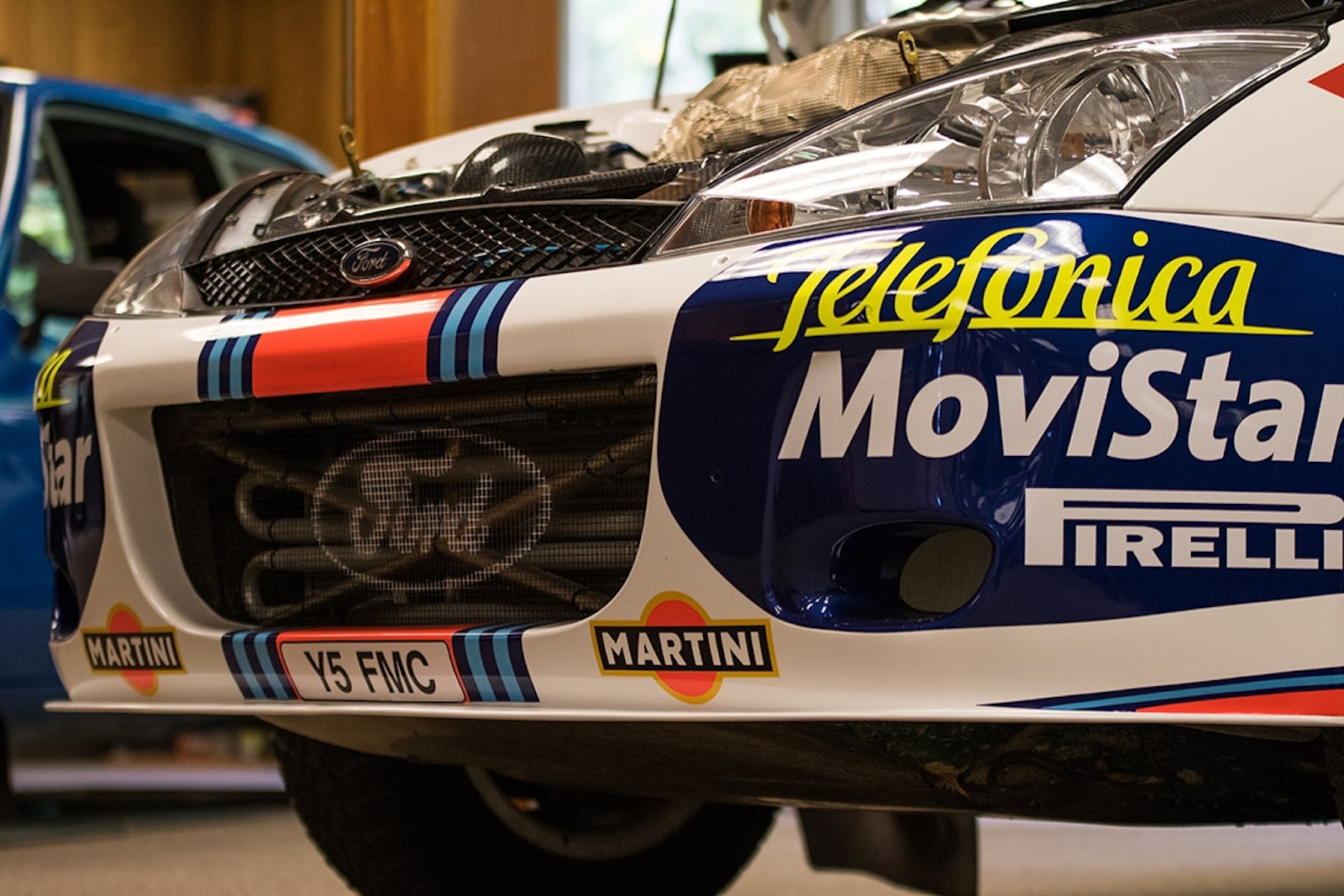 Should you buy winter tires?