How 2,400 volunteers helped run the Wales Rally GB this weekend.

It’s just after four in the morning, deep in the heart of a Welsh forest. It’s not raining. It’s not cold. If it were, the gentle surge of excitement would likely help ward off the elements.

It’s Dayinsure Wales Rally GB time. The World Rally Championship has arrived in Britain and a 2,400-strong group of volunteers will line the route to keep the fans safe and the cars on time. These are the genuine unsung heroes of every round of the WRC.

Clerk of the course of the event – the head honcho – Iain Campbell is blunt in his appraisal of their importance.

“This rally wouldn’t run without them,” says Campbell. “It’s that simple. We are duty bound to cover a set number of marshal points during this event and if we don’t get the right number of people, we cannot allow the competitors to start.

“These guys really are the unsung heroes. Somebody once did a calculation, working out how much it would cost if the event had to pay all the marshals a minimum wage per hour for the work they do during the rally. It was frightening. And way, way outside of what the event could afford.”

At four in the morning, waiting to sign on as one of 301 marshals bound for the Myherin stage, it’s a struggle to see what’s in it for them.

“We’re part of the team,” one says with a grin, pulling his high-visibility tabard on and planting his shiny new Rally GB beanie hat on his head. “Every one of us here loves rallying and we realise we can’t have a world championship event if we don’t come out here and do this. At the same time, it gets us closer to our heroes.” 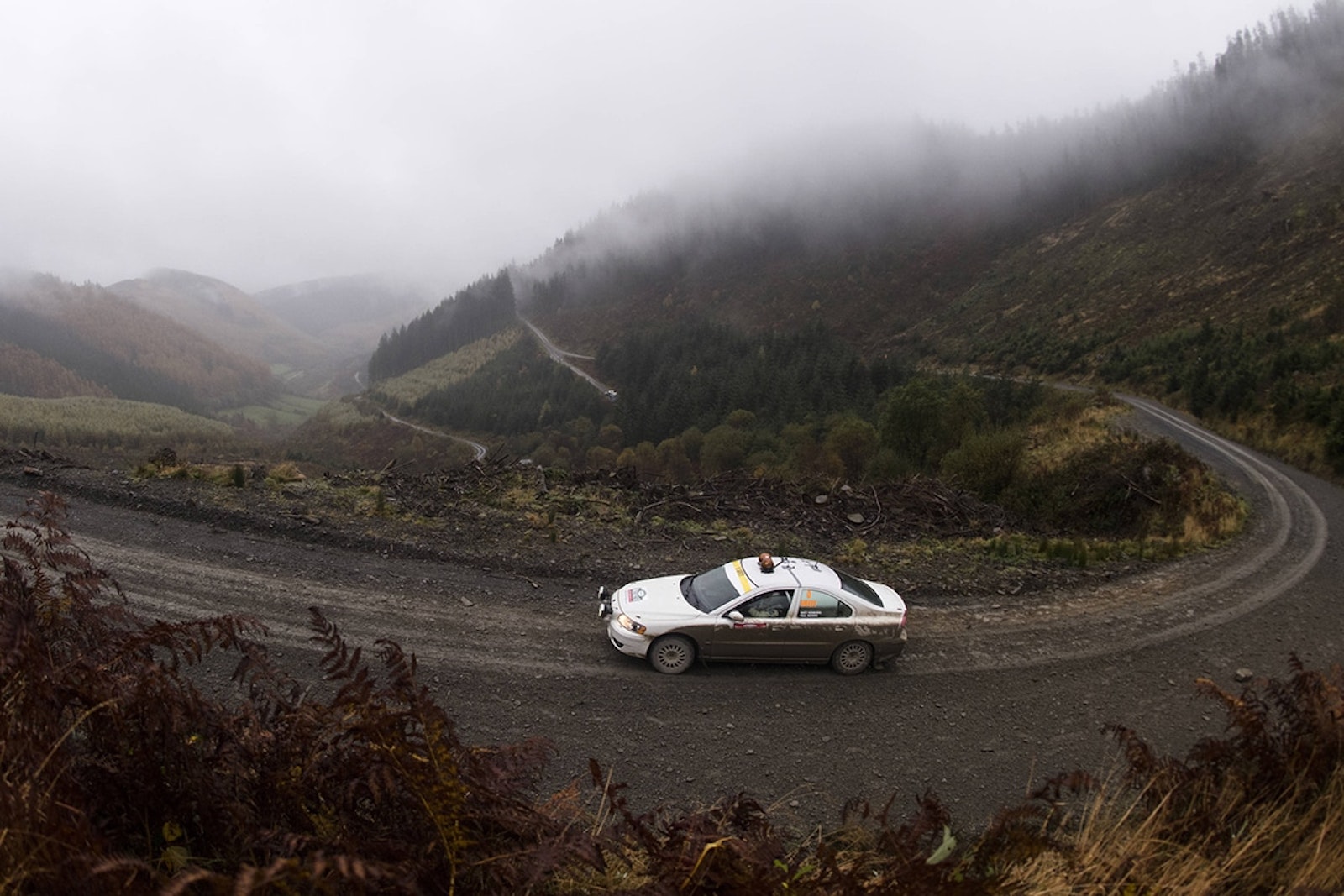 The talking’s stopped. Just up the road, somebody’s fired up the gas cooker and the smell of frying bacon now wafts between the trees. Head torches guide tea bags and boiling water into mugs. Even with dawn still a distant promise, everything seems more civilised with a sandwich and mug of tea.

The marshals all signed up on the event’s website a month or so ago, but it’s here, when they come to sign up in the forest that they’re given their location and told where they’re going to be standing for the remainder of the day.

The deployment of the marshals is the final part of a story which began 10 days before the rally even started. That was when the first arrow was put up, the first board indicating the start of a stage. Known as stage furniture, these are the things which mark out the route and keep the cars going the right way at junctions.

“Don’t forget,” says route coordinator Andrew Kellitt, “this rally doesn’t start on Thursday evening, it starts with the recce, when the drivers go through the stages twice to make and check their pacenotes, on Tuesday morning and all the arrows and boards have to be up for 0800.

“Putting the arrows up is probably the more simple part of the job, it’s the preparation of the spectator areas which takes more time. This involves literally miles of tape and fencing and all of this has to be signed off by our event safety officer and then by the FIA.”

A skeleton team of marshals, led by their stage commander, have completed this task well before we’ve arrived this morning.

Breakfast done, we’re treated to the very odd sound of alarm clocks going off in the forests. Interior lights go on in surrounding cars to reveal tired-looking heads emerging from the depths of sleeping bags.

“Not a bad night,” says Paul, sliding out from his Subaru. “Those bucket seats really aren’t made for sleeping in though…”

Sebastien Ogier’s not coming through for almost three hours, but people are up and heading out to their points.

As daylight approaches, it reveals a misty, murky morning. 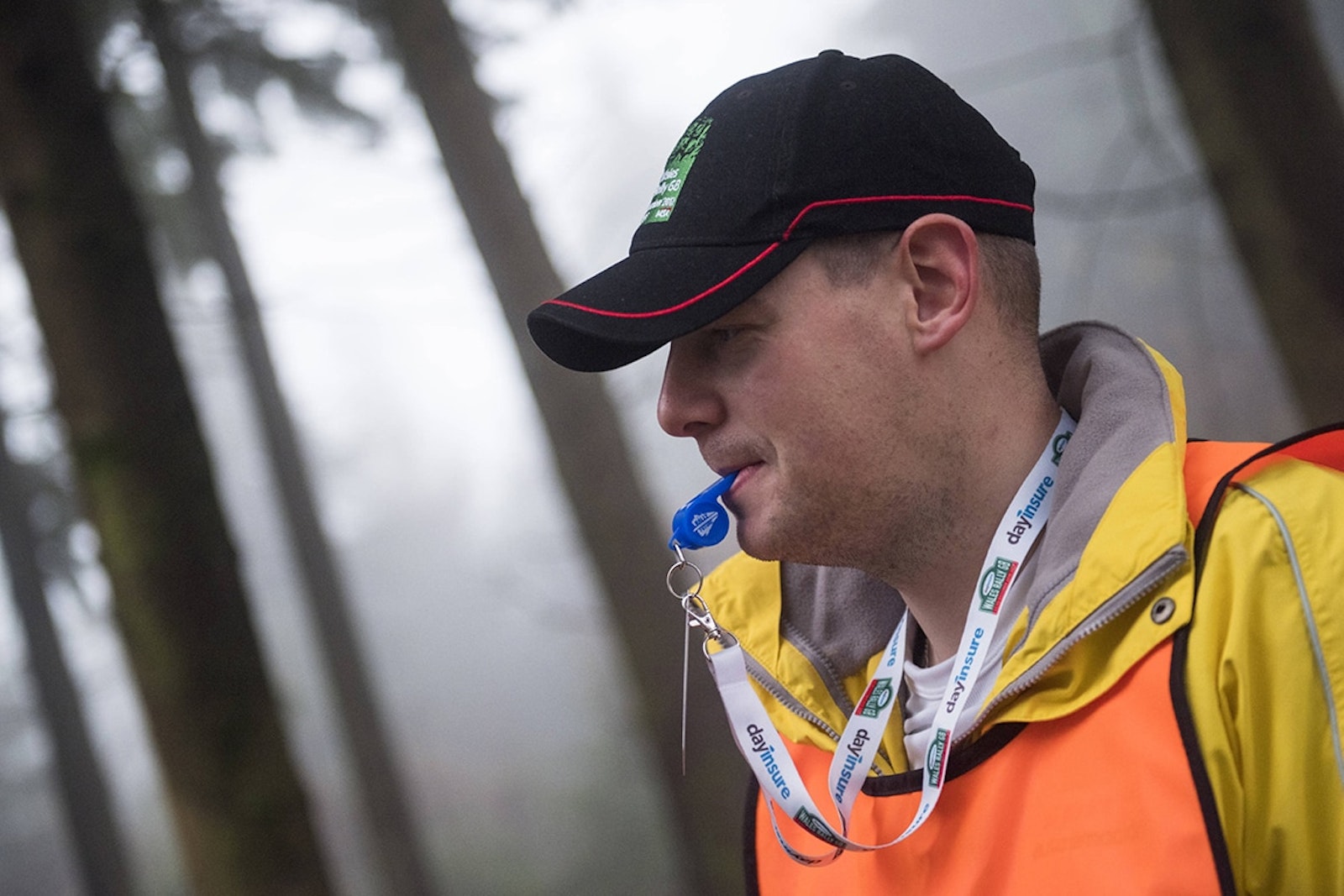 “We can cope with this,” says one volunteer. “Last year was just a nightmare. We were soaked from the first time we stepped out of the car. That’s the worst, you don’t mind sleeping in the car for a couple of nights, but when everything’s wet there’s just nowhere to dry it.”

The rain’s bad, but last year it was gale-force winds which wreaked havoc with Rally GB.

“Every time we put the arrows and boards back up, they blew straight back down,” says my happily dry companion. “I lost count how many times I hit my thumb with the hammer trying to nail an arrow to a stake. Still loved it, though. There’s nothing like that feeling when you see a World Rally Car coming down the road, it’s fantastic. And we know we’ve played our part in keeping this event running. That’s special.”

Everybody’s grateful for a change in conditions from last year. The drivers struggled, but even they admitted they were in the best place.

Welshman Elfyn Evans was full of admiration for what the marshals went through last year.

“It was horrendous,” says Evans, “at times you could see these poor folk were struggling to stand upright – their umbrellas had blown away and the rain was pouring down on them. But still, they stood there and did their jobs. Best marshals in the world.”

So bad were the conditions 12 months ago, it’s rumoured one port-a-loo’s still missing on the top of the Sweet Lamb stage…

Not this time though. Twelve hours after the alarm clocks sounded, the stage is pretty much finished. The marshals have covered two runs for the WRC crews and one run of national cars.

Paul’s back in the Subaru.

“Dyfi next, we’re in there for tomorrow.”

Back in here, maybe stop for a bite to eat somewhere, but then we’ll drive in and get some sleep.”

Another night. Another forest. This band of brothers and sisters kept Rally GB working for another year.

Heroes all of them.