We’re 4 races into the 2015 Red Bull Global Rallycross season and the DirtFish team’s first season competing in the GRC Lites class. After a bit of bad luck in the first two races due to restarts and penalties, Tanner and the DirtFish team received the much-needed reward of a 2nd place finish in the second round of the Daytona race. That was the first podium for the team, and the podiums continued this weekend at the race in North Carolina!

The location for this weekends race was MCAS New River near Jacksonville, NC. Deemed “Race the Base”, the backdrop was definitely a unique one with helicopters and tanks around the perimeter of the track and in the paddock area. We couldn’t imagine a more patriotic place to hold an event on the 4th of July weekend. 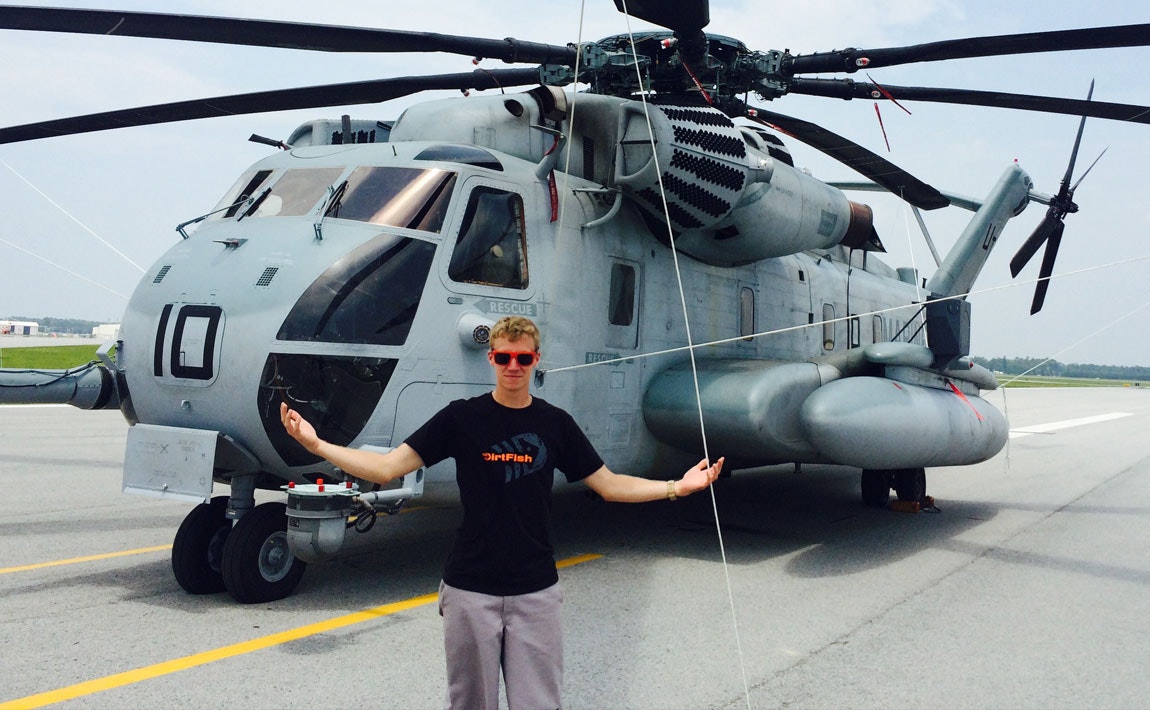 The weekend didn’t start out like the team had hoped. On Friday after a couple of laps into the first practice session, one of the lower control arms bent on the car for no apparent reason. It was brought back to the service area where the crew worked hard to replace the control arm and get the car back out on the track for the rest of the practice. Tanner was able to lay down some fast lap times before the rest of the day’s practice and qualifying sessions were canceled due to bad weather in the area. 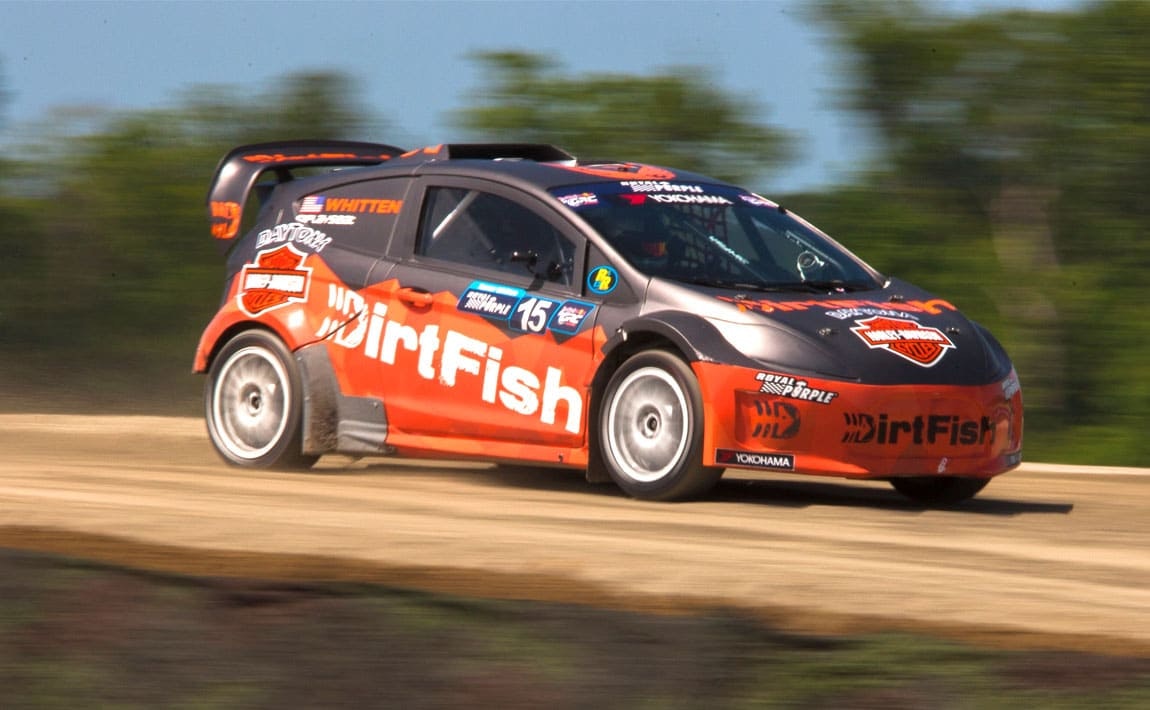 On Saturday, the drivers and teams had the day off to celebrate the 4th of July holiday and have a little patriotic fun on a US Military Base. They had an autograph signing for the military servicemen and women and their families, which was hugely popular with long lines of people waiting to get up close and meet the drivers, followed by an amazing fireworks show!

Because of the cancellation on Friday, there would be no qualifying sessions for the weekend, so the drivers went right into the first heat races to battle for starting positions. In the final, Tanner pushed through some handling issues in Heat 1 and Heat 2 to land in the final unscathed. He was in the middle on the second row for the start of the Final, and when the lights turned green, Oliver Eriksson and Austin Cindric had some pretty hard contact in turn 1 causing Cindric to spin. Tanner seized the opportunity to take the 3rd position, whereas many of the other racers took to the Kobalt Tools Joker lap on the first lap around causing Tanner to lose a couple of positions. After taking his Joker on lap 2, Tanner was able to regain a couple of positions to 4th and follow Miles Maroney for the majority of the race. On the final lap, Maroney left the door open on a hairpin in the dirt, so Tanner took this opportunity to rub fenders with him and hop into the 3rd position for the remaining half lap to the finish! 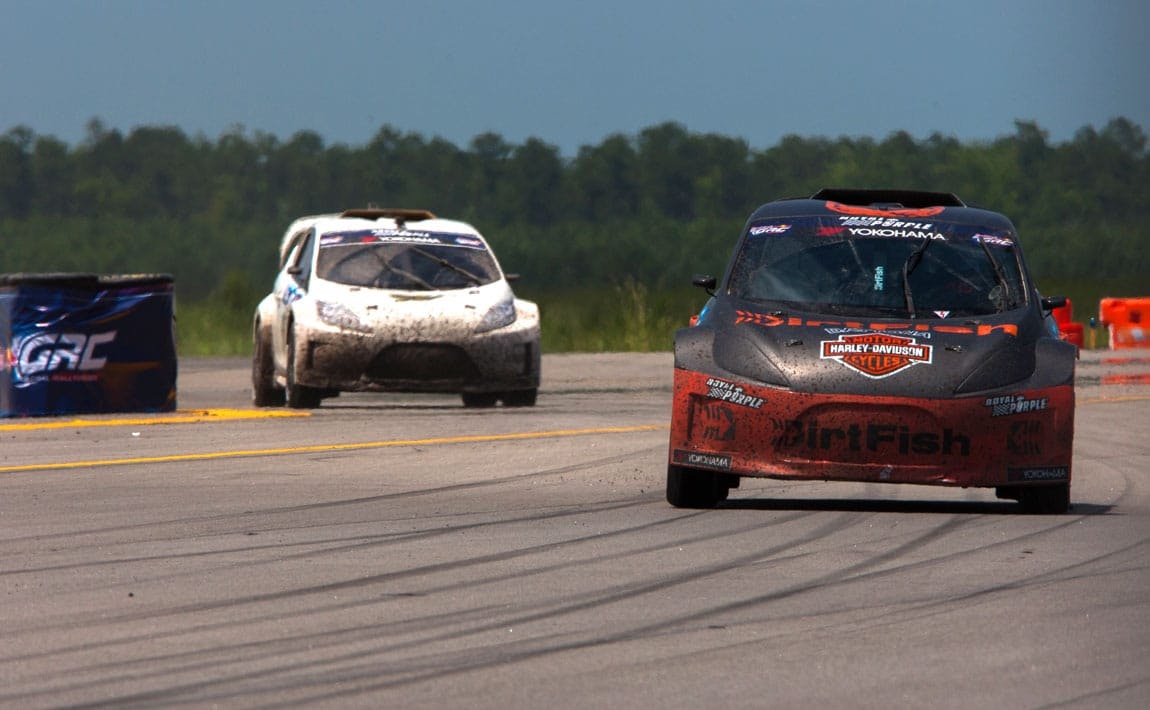 To top it all off and make the weekend that much sweeter, Tanner is now leading the 2015 overall driver’s championship by 8 points! This is another huge milestone for Tanner and the DirtFish Motorsports team. As a recap to the weekend, Tanner says, “It was such an honor to race at MCAS New River this weekend. Racing in front of so many men and woman that risk their lives for us was a very humbling experience. The team worked extremely hard over the weekend, overcame some adversity early in the weekend, and bounced back to give me an amazing car for the final. I am really happy to have brought home a 3rd place and the points lead! We are all really excited for Detroit.” We are so proud to have the crew and driver that we do for the 2015 season! 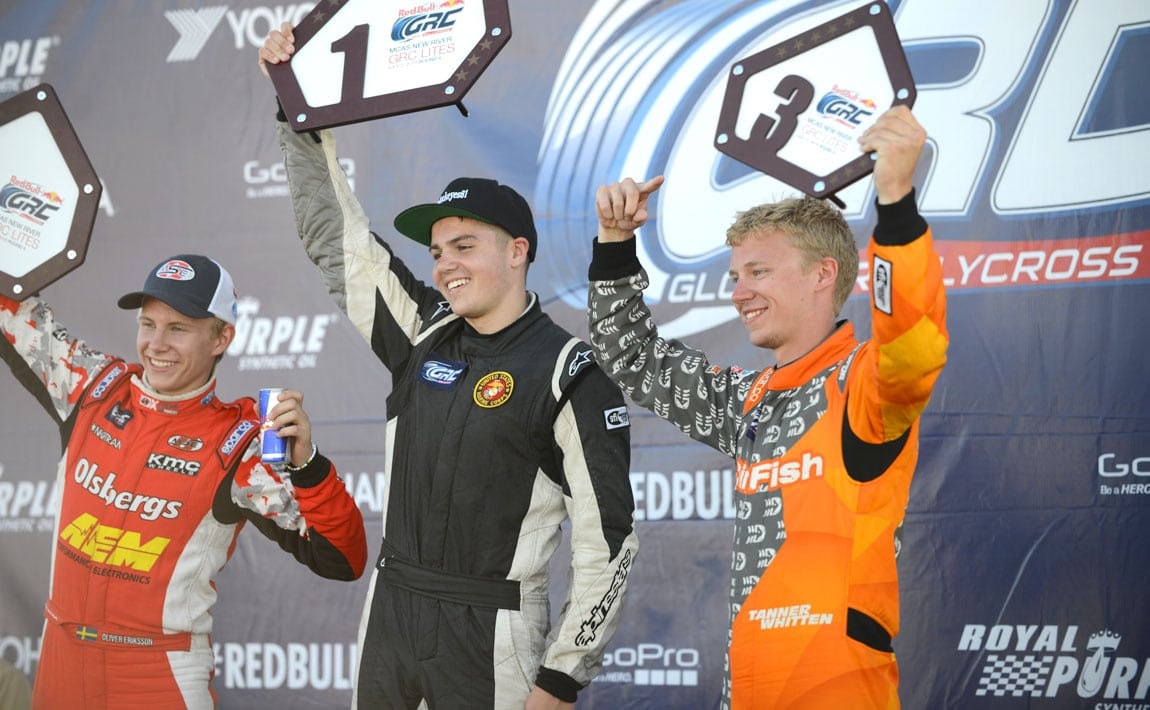