It’s time for round 7 of the 2015 Red Bull Global Rallycross season! Our nation’s capital is the stop this time around. This will be the second year in a row that most of the competitors have been to Washington, DC for the GRC, but it will be a first for Tanner Whitten and the DirtFish team! 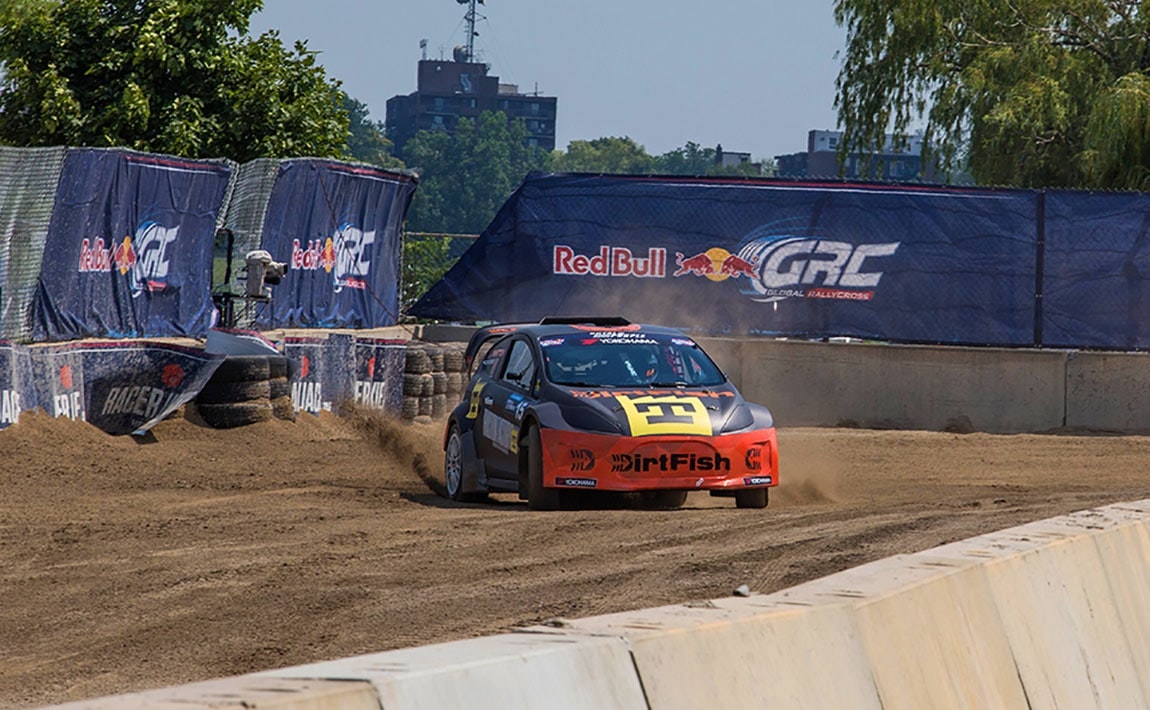 The previous event in Detroit, Michigan was full of firsts for Tanner and the team- we had our first ever GRC Lites victory in the first final, as well as our first ‘Did Not Finish’ in the second final on Sunday. Prior to the race in Detroit, Tanner was leading the overall championship points in the GRC Lites class and the victorious win put him even further ahead! Unfortunately, he DNF’d in the second round on Sunday, causing him to lose the lead. Now sitting in 4th overall, with only 16 points between him and leader Austin Cindric, Tanner will have his work cut out for him- not only this weekend, but throughout the remaining races. 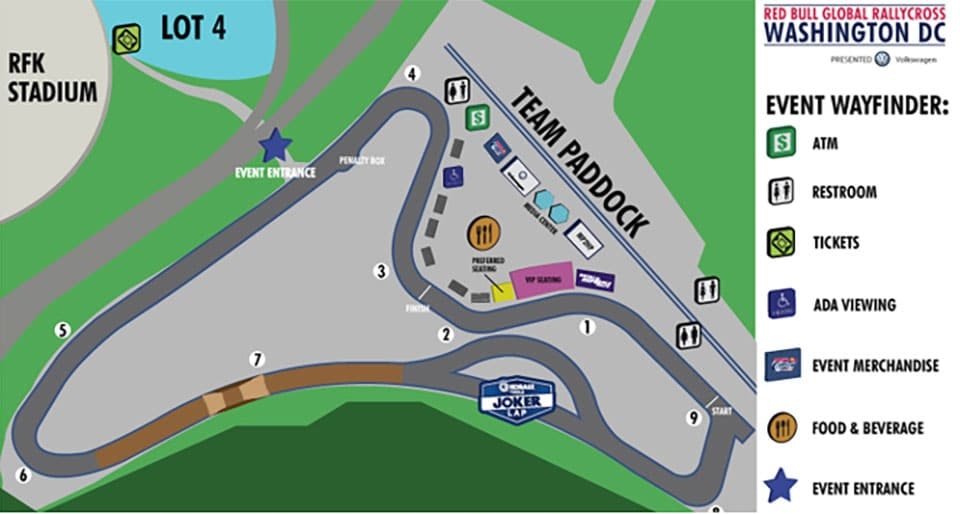 This weekend, the race officials are giving the drivers another long course sitting at nearly a mile long. The 9-turn course consists of tight, technical corners in turns 1 through 4, which leads into a long straightaway. Turn 5 is a slight left-hander where drivers will be carrying a good amount of speed and will have to be hard on the brakes for 180 degree turn through number 6. Next is a very long right hand sweeper through the dirt and over the jump, and immediately after the dirt section, the drivers will decide whether they want to continue through turn number 7 or break off to the left for the Kobalt Tools Joker Lap! The two directions merge back together right before the sharp 8th and 9th turns. After that, it’s back through turns 1 and 2 before crossing the finish line.

The entire DirtFish team will be working at 100% go, go, go all weekend to get back on top of the podium and into the overall points lead again!

Gold for DirtFish & Whitten in Detroit!