The weekend was a success overall; James Rimmer may not have finished the rally in his brand new Subaru BRZ, but our amazing team of mechanics came together and quickly fixed the car twice and got it back on stage! On Saturday, James experienced a total brake failure on stage 4, and later on stage 7, the clutch literally blew into pieces. On the first stage on Sunday, a wiring harness came loose and put the ECU into limp mode, forcing James to retire. 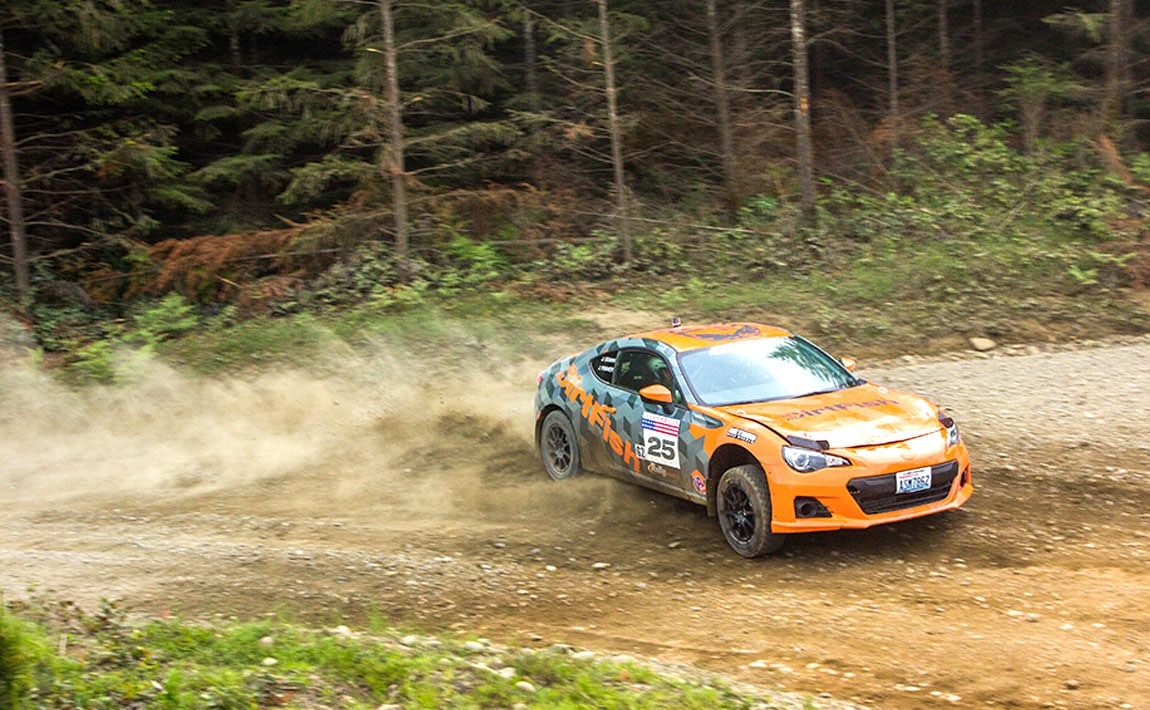 Brenten Kelly, our senior instructor, and his co-driver Niall Burns did very well on Saturday! They maintained a consistent position in the standings throughout the rally, except when he caught a car on Stage 3 and lost 4 positions. He got a puncture on stage 6, and again on stage 9, but fought all day and ended up with a 4th place stage time on stage 7, and a 5th place stage time on stage 8. On Sunday’s final stage, his rear tire slipped into a hole and went slightly airborne, bending his left rear lateral link, causing him to almost roll! He was able to limp the car to the end of the stage, and drove sideways for 17 miles back to the finish of the rally at service, taking 6th place overall nationally. 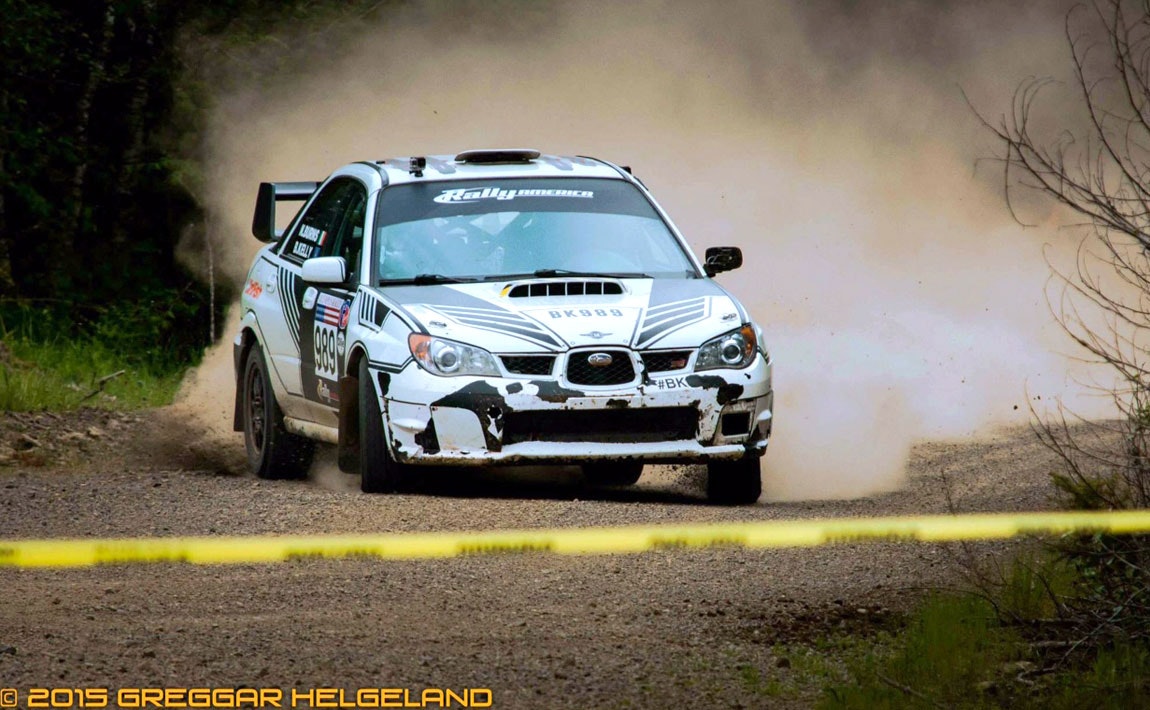 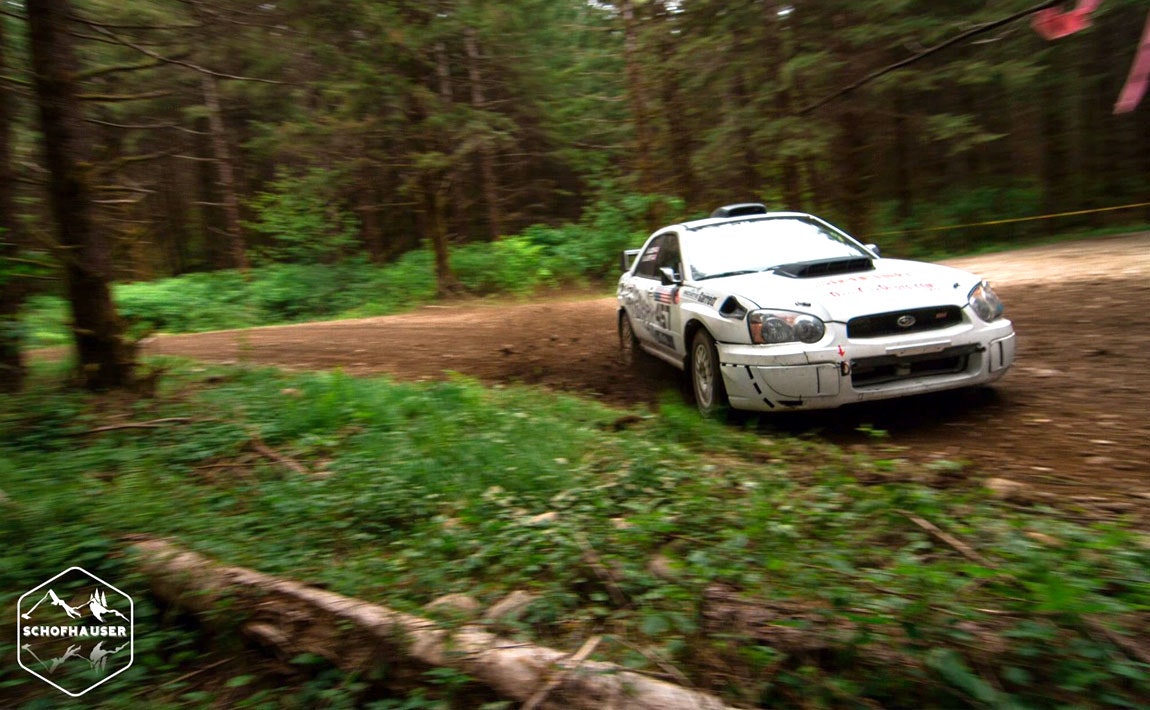 Nick Roberts was not able to finish the last two rallies due to mechanical issues, but that wasn’t the case at the Olympus Rally! He totally redeemed himself, taking 1st in Super Production and 3rd overall, winning by a whole 14 minutes. 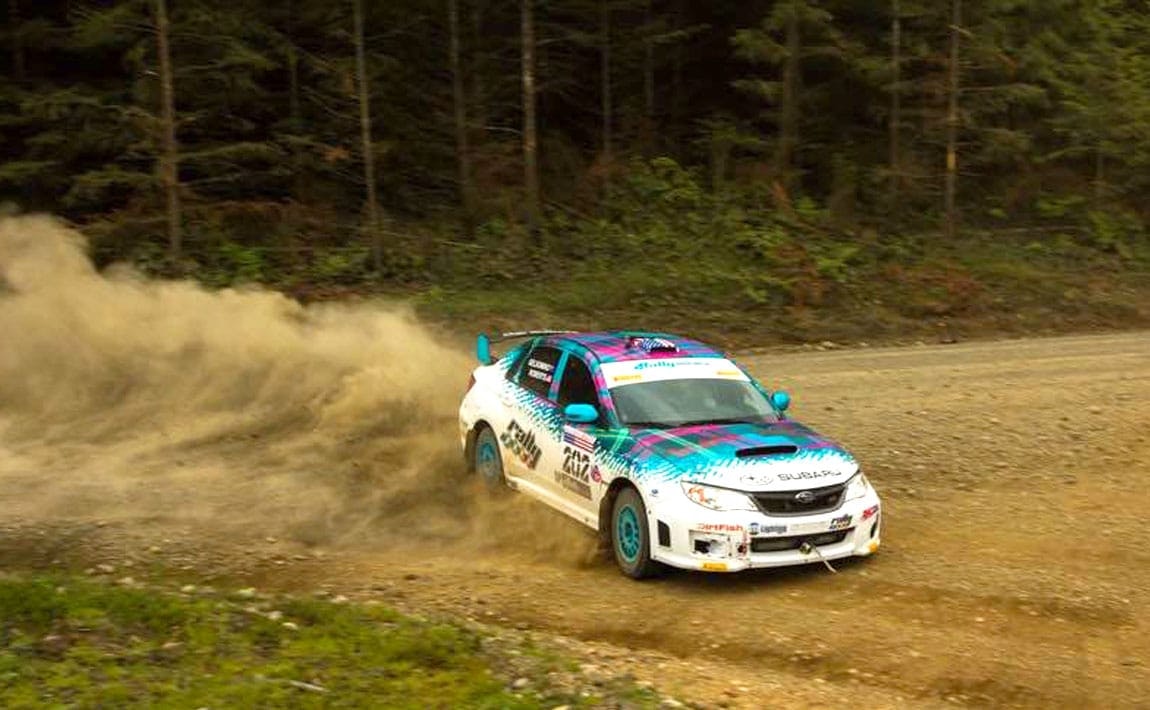 David Higgins and Craig Drew were once again the class of the field! This was their fourth win for the 2015 Rally America Championship. On stage 3, they experienced a flat and lost a bit of time, but held the lead and finished strong on Saturday! At the start of stage 11, the waste gate on the turbo was bent open, meaning that they had no turbo pressure for 2 entire stages. Higgins lost a few minutes, but was able to pull out a commanding win by the end of the day! They placed 1st overall.

What Champions Roll With – An Interview With Method Race Wheels