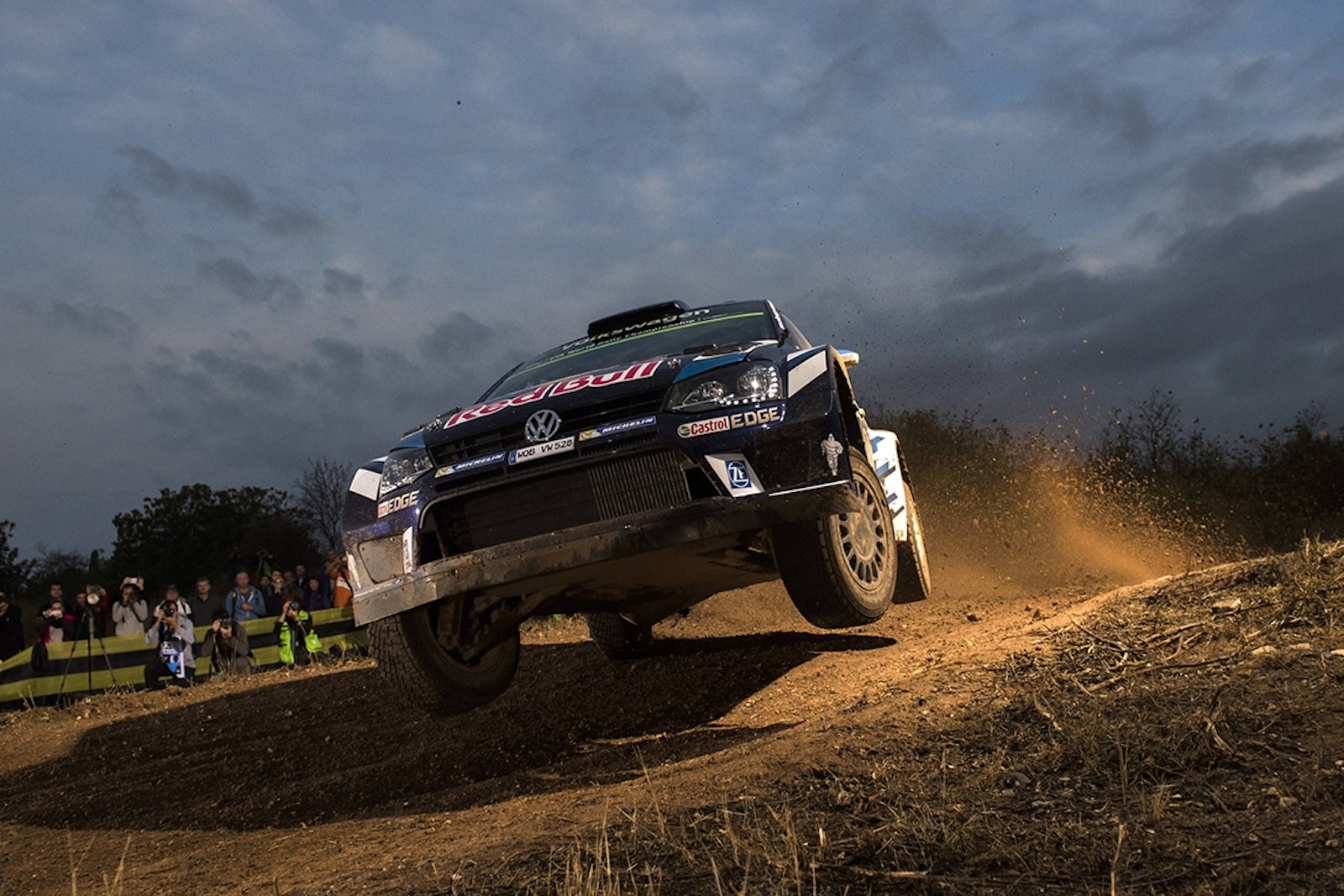 Sebastien Ogier became the fourth driver to claim a quartet of titles after overcoming local hero Sordo to win the only mixed surface event in the calendar by 15.6sec in a Volkswagen Polo R. Thierry Neuville claimed the final podium place, a further 59.4sec behind.

Sordo led this 11th round of the season in his Hyundai i20 after Friday’s muddy opening leg in the hills above the Costa Daurada, near Salou. Ogier came into his own when the event switched to asphalt, taking a string of stage wins to move into the lead.

He sealed the win, and the championship, on the same piece of road on which he crashed out of the lead 12 months ago when just a few kilometres from victory. It was tyre company Michelin’s 300th WRC success. 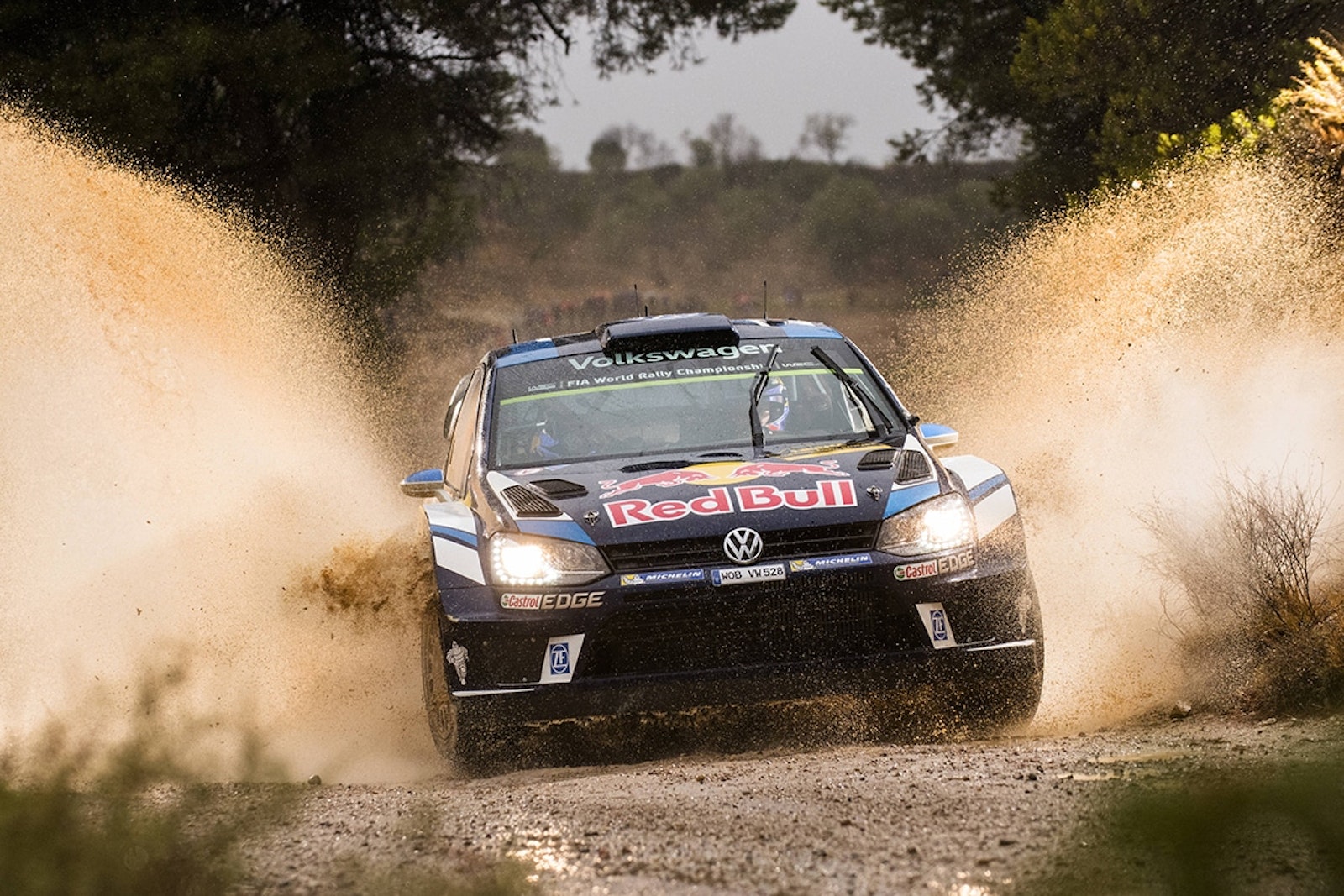 “It’s fantastic to take the championship two rallies before the end of the season, I couldn’t do much more,” said Ogier. “I had so much fun behind the steering wheel this weekend. Joining the list of big names who are four-time title winners is just amazing.”

Understeer problems hampered Sordo once the event moved to gravel and he was powerless to fend off a rampant Ogier. However, he did enough to take his second runners-up finish in three rounds. 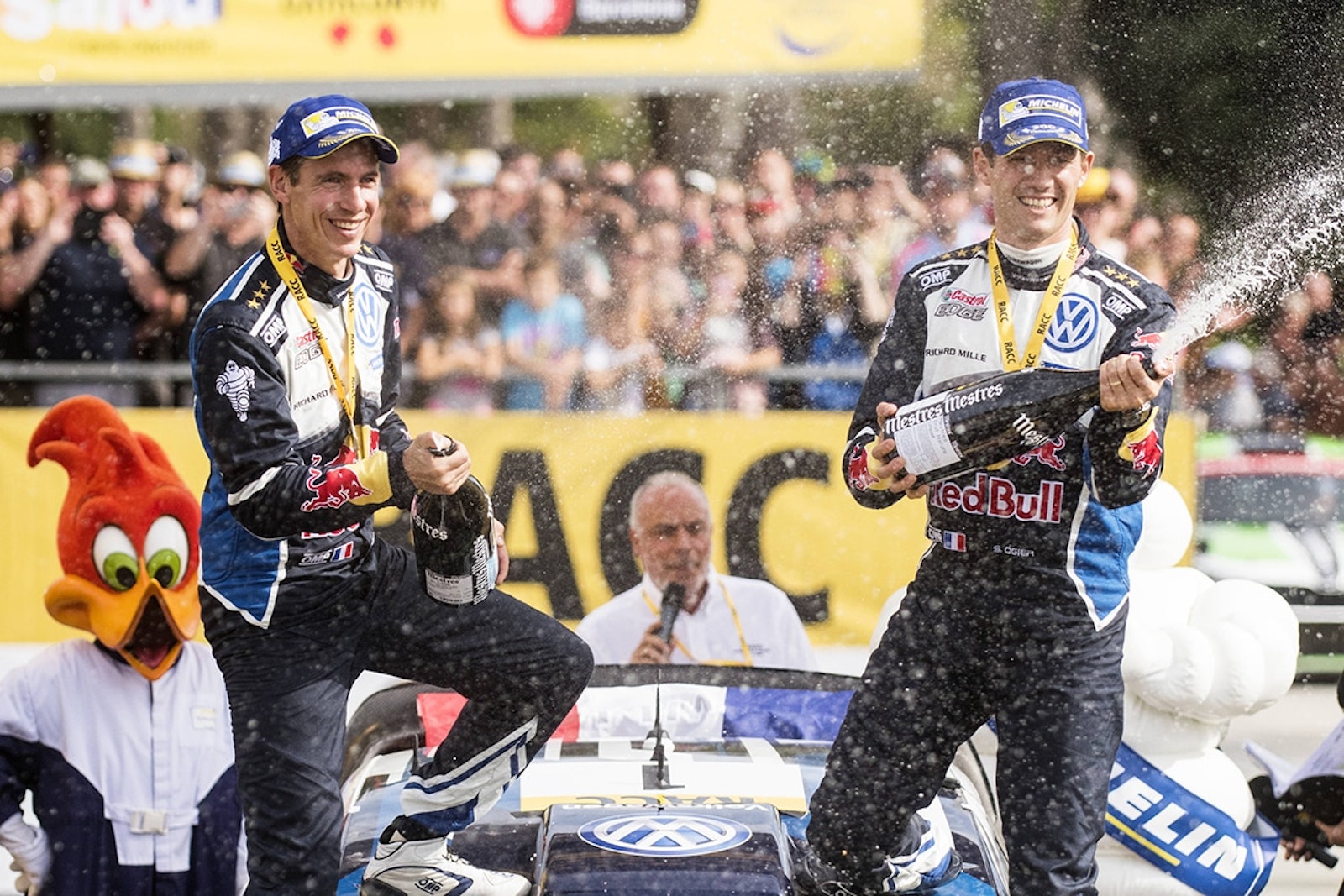 Team-mate Thierry Neuville moved level with Andreas Mikkelsen in second place in the championship after completing the podium. The Belgian also suffered handling issues in his i20 but was secure in third after Mikkelsen rolled heavily on Saturday afternoon.

Hayden Paddon completed a strong weekend for Hyundai in fourth, 12.8sec behind Neuville. The Kiwi lost power in the opening leg after his car’s anti-lag system failed, but can also secure second in the standings with the final two rounds in Britain and Australia on his favoured dirt roads.

Mads Østberg secured his best result since April by finishing fifth in a Ford Fiesta RS. The Norwegian inherited the place after Kris Meeke’s disappointing weekend came to a premature end when his Citroën DS 3’s engine failed in Sunday’s opening stage.

Ott Tänak completed the top six ahead of Kevin Abbring, for whom seventh was a career-best result. WRC 2 winner Jan Kopecký finished eighth in a Skoda Fabia R5, with team-mate Pontus Tidemand and Craig Breencompleting the leaderboard.

The championship returns to an all-gravel format when Dayinsure Wales Rally GB is held in Deeside on 27 – 30 October.