He repelled a fierce attack from team-mate and world champion Sébastien Ogier, who spun away his victory chances on the dusty Bucca speed test early this morning. Mikkelsen achieved his third career win by 14.9sec over his Polo R colleague.

It wasn’t enough to secure the Norwegian the runner-up position in the drivers’ standings. Third place for Thierry Neuville in this closing round, a further 57.7sec behind in a Hyundai i20, clinched second in the points for the Belgian behind the already-crowned Ogier.

Mikkelsen and Ogier delivered a perfect finale to four years of WRC domination by the German manufacturer. It was the team’s 43rd win from 52 rallies and came after an exciting conclusion in sweltering and dusty New South Wales forests near Coffs Harbour. 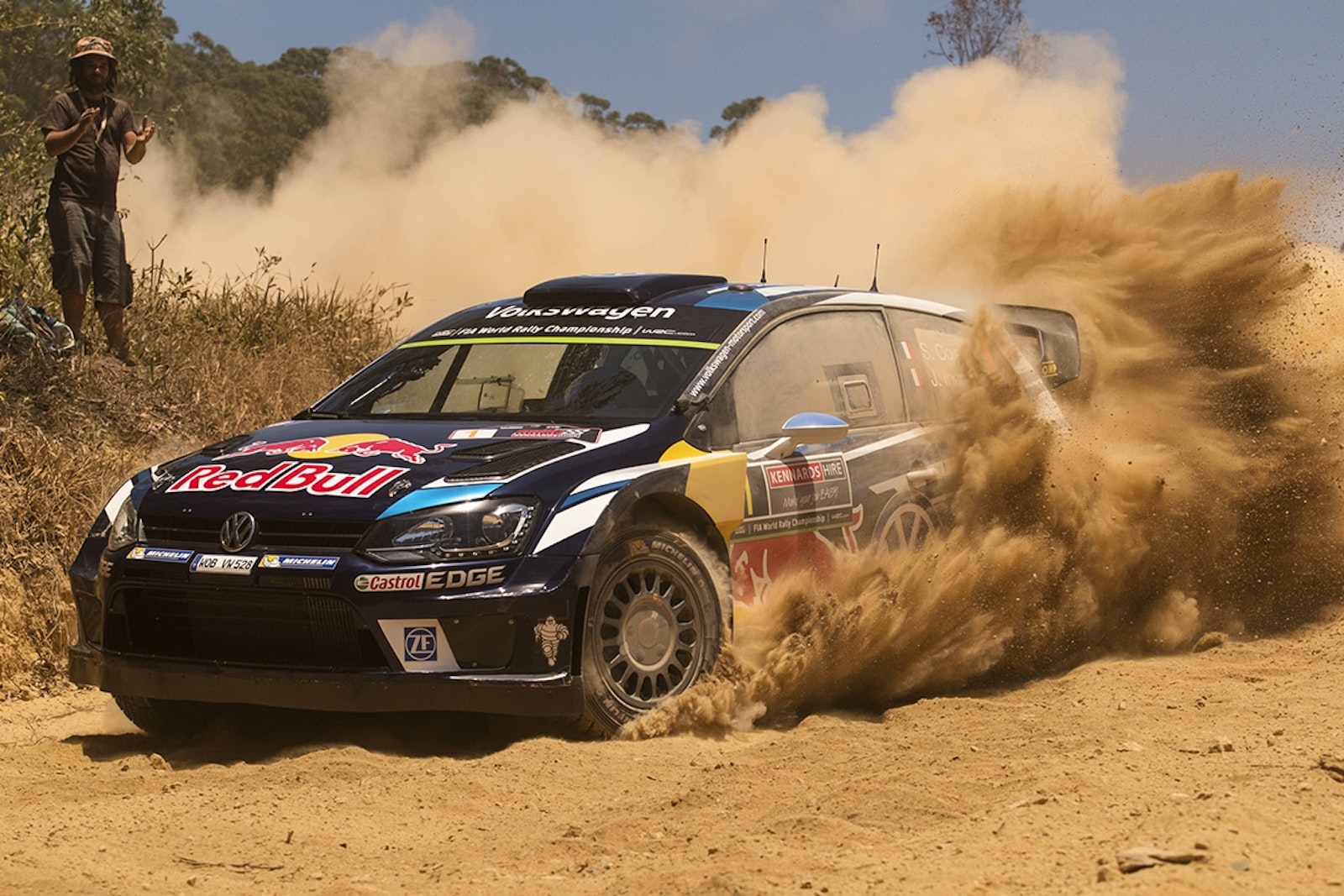 Mikkelsen started today under heavy pressure with a slender 2.0sec advantage over Ogier. The Frenchman reduced it to just three-tenths midway through the long Bucca stage before spinning and allowing Mikkelsen to ease through the final three tests.

“This is a perfect end to the season,” said Mikkelsen. “All year consistency and pace was our aim with the championship in mind, but I came here with nothing to lose. I could go flat out and see what we could do.

“We challenged the world champion and beat him fair and square on the same road conditions. It’s my best victory but it’s sad to see this team and the car come to an end.”

Hayden Paddon had an outside chance of victory in third but his i20 swiped a bank and knocked the rear left tyre off the rim.

The time loss promoted Neuville onto the podium and he didn’t need to chase bonus points in the final live TV Power Stage to finish runner-up in the championship.

Paddon’s problems relegated the Kiwi to fifth, but he overhauled team-mate Dani Sordo for fourth by 1.6sec. Mads Østberg couldn’t keep Sordo behind him after dust inside his Ford Fiesta RS impaired visibility and he finished sixth, while team-mate Eric Camilli rolled out of seventh after hitting a bank.