After an extremely exciting and adrenaline packed 2015 season, the Red Bull Global Rallycross concluded on Wednesday night under the bright lights of Sin City. Out of all the locations throughout the year, this was by far one of the most iconic locations the teams have seen. Located in The Village Lot right across The Strip from the Luxor Hotel & Casino, the sphinx and iconic pyramid made for an amazing backdrop. 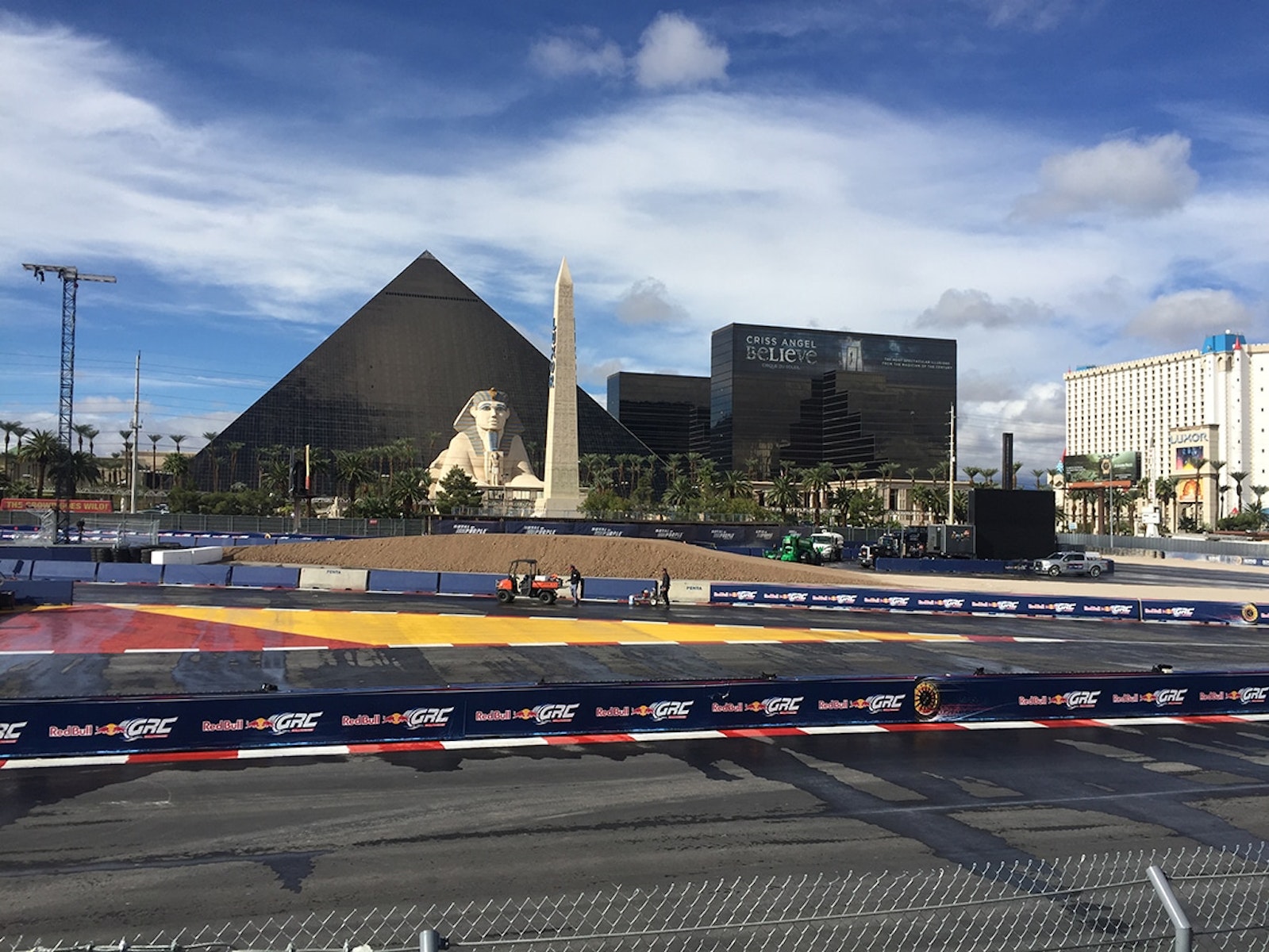 The day started like most other races from the season with qualification, where we saw the top eight GRC Lites drivers within 1 second of each other, which is the closest we’ve seen all year. Tanner Whitten and the DirtFish Motorsports team ended up 6th in qualifying and were battling with the car setup. Once they found the proper setup, it was time for the heat races, but just as they were ready to head out, Mother Nature decided to throw a wrench into the mix and bring in a torrential downpour, delaying the heat races and final. Once the skies cleared up, they were able to complete the heat races, where Tanner was able to finish 3rd, giving him a great starting position in the final. 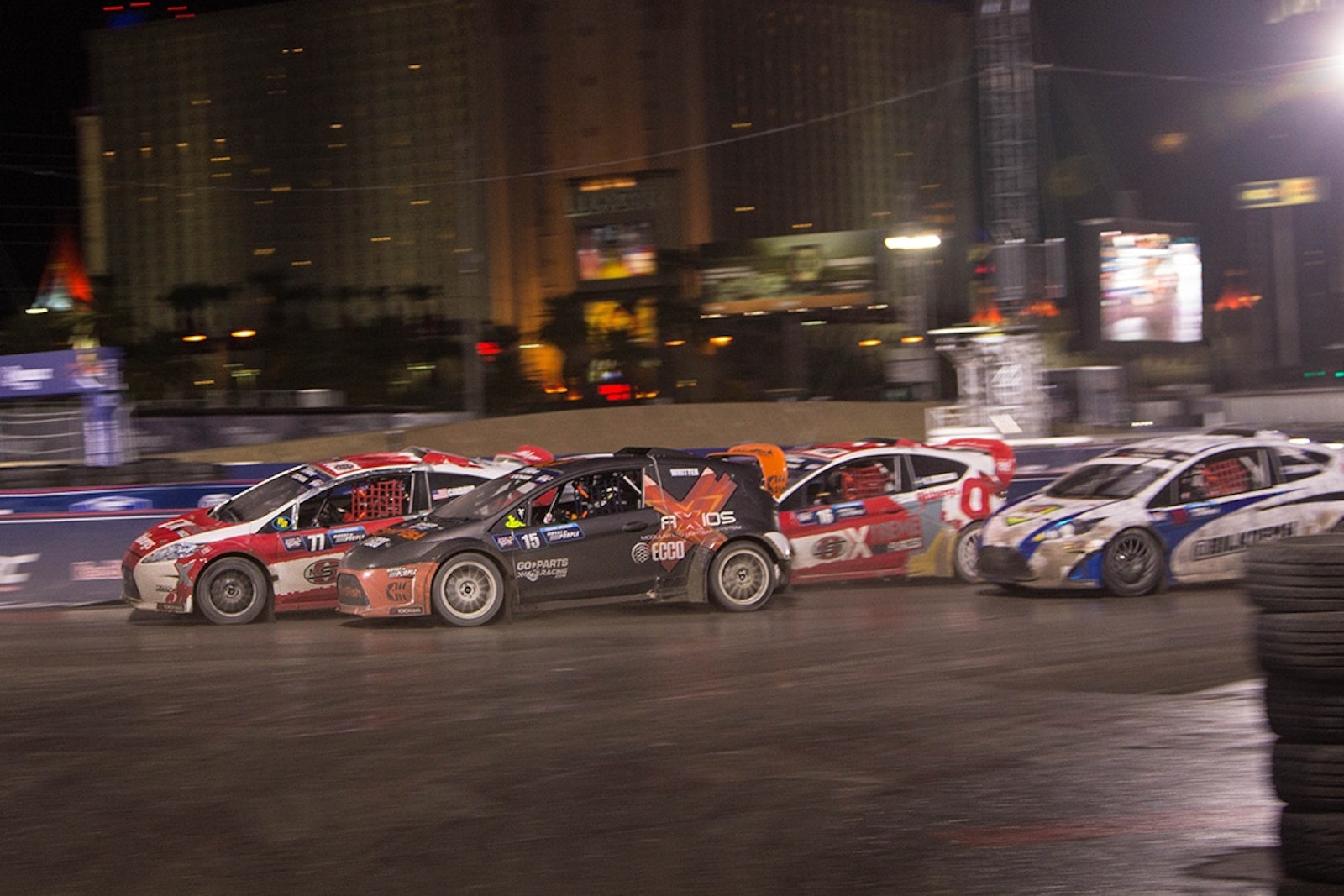 Provided that this was the final race of the year, DirtFish was presented with the opportunity to sponsor none other than 7-time Rally America Champion, David Higgins, in the 2014 Subaru Rally Team USA STi. This was a great opportunity for DirtFish to get in front of the large crowd with a great driver. Unfortunately, David (and the other SRTUSA drivers) didn’t have the best luck. Not only did they have to battle with car problems, they also had to deal with other drivers being unnecessarily rough and careless. The worst example of this was at the start of the semi-final; as the drivers barreled down the front straight-away towards the first turn, Austin Dyne made contact with David’s car, pushing him into the wall and the base of the finish arch. The amazing SRTUSA service crew quickly put the car back together to get David back out for the Last Chance Qualifier which unfortunately ended in a similar fashion. 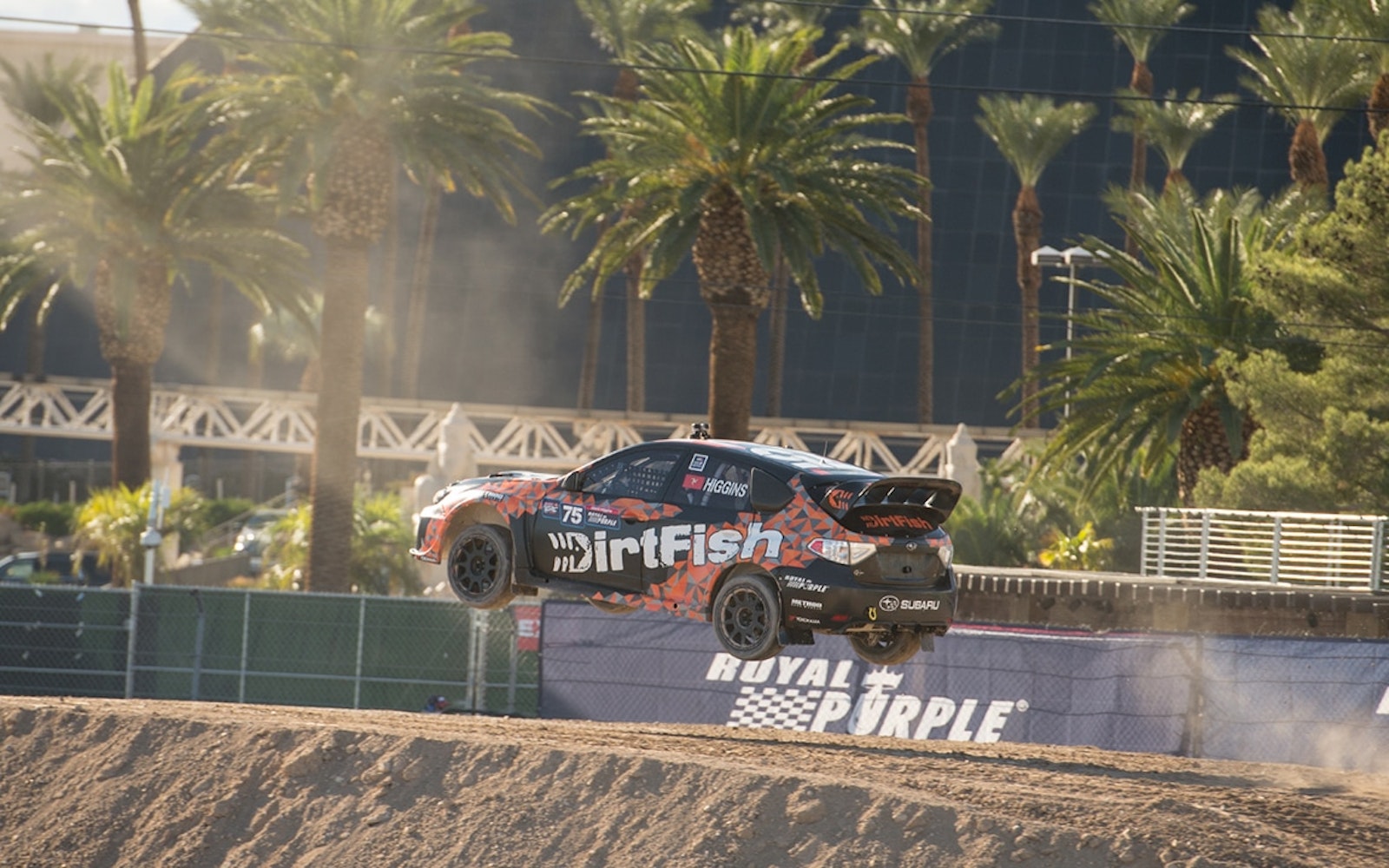 The Lites final was a hard charging 10-lap race with a really close fight for the overall championship. Tanner did a great job, getting into 4th place driving a very clean race and holding off Blake “Bilko” Williams until the end. 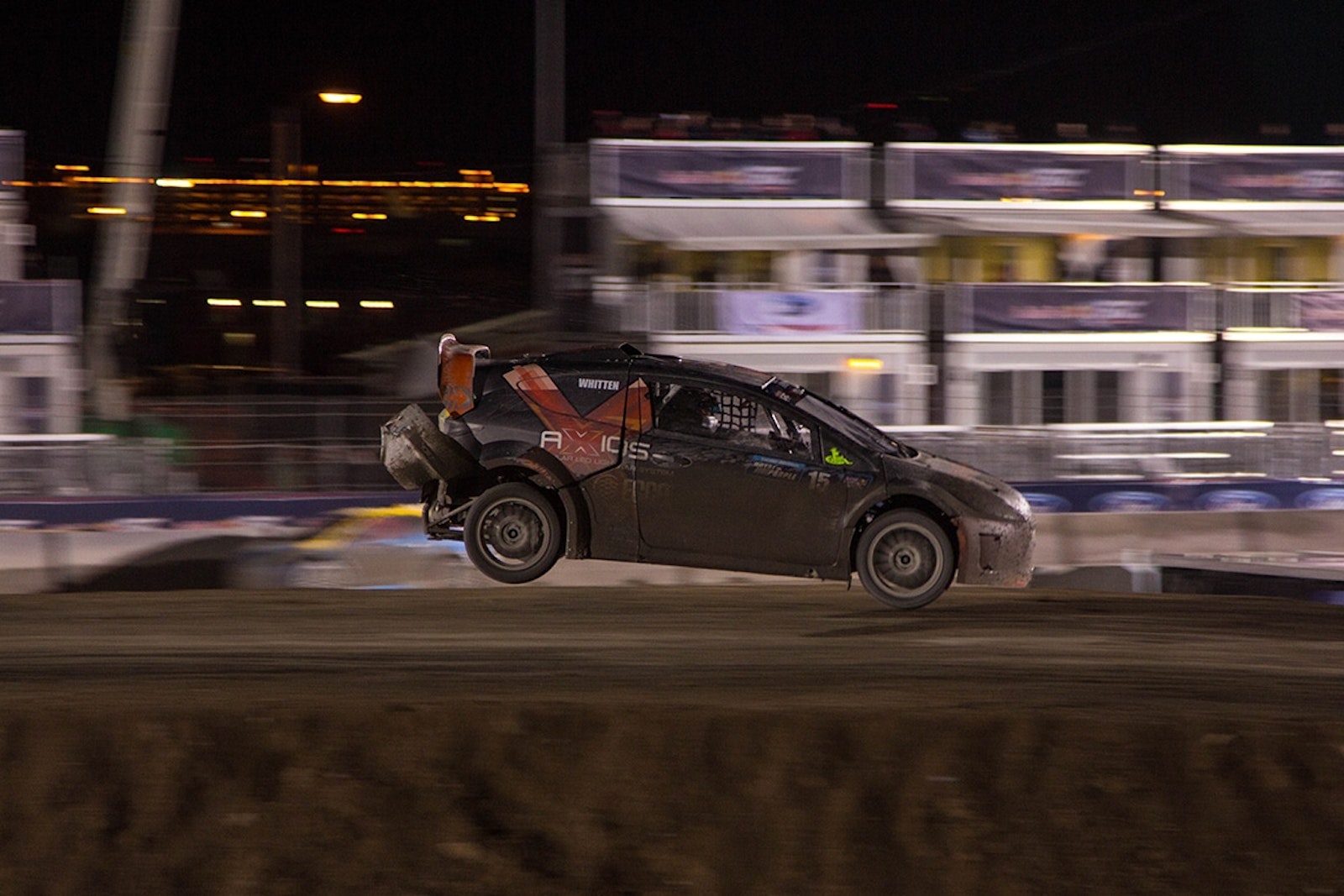 The night was full of ups and downs with Tanner rounding off the season in a successful race and David having a little bit of a rough night. Overall, the inaugural season of the DirtFish Motorsports team in the Red Bull Global Rallycross went really well and the team was able to make it known that DirtFish is a force to be reckoned with in the future. 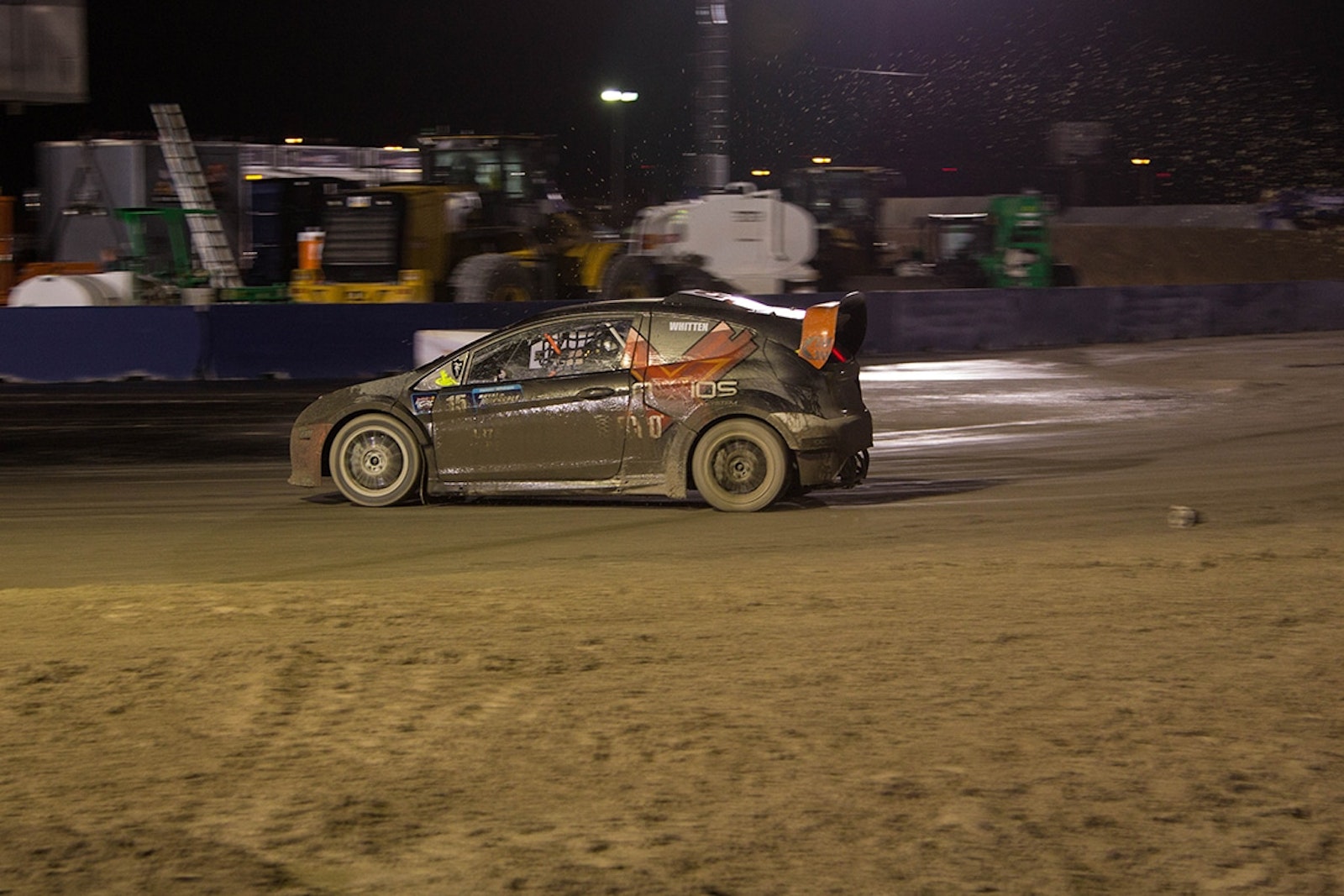