Some aspects of performance driving are counterintuitive. It’s rarely obvious in the moment, but sometimes we need to slow down to go faster. There are many different facets to this truth. I have three examples to share.

The first example is a student from an HPDE at Thunderhill. This student was in GGC’s Advanced Coaching with Data Acquisition program. Data gives a different perspective on the driver’s performance, and can give empirical information about progress or regression throughout the day.

The issue was in Turn 1, a fast corner at the end of a long straight. The driver had an excellent transition from full throttle to a hard brake, but held the brake all the way down for too long and released too abruptly. The abrupt brake release unsettles the car at corner entry, so the car may feel fast in the corner without actually being fast. A well-balanced car can carry more mid-corner speed.

The driver applied the brake earlier and softer, removing some of the drama of initial braking. Gentle initial brake application is the wrong technique for this corner, but it allowed the driver to focus his attention on a slow release. Slowing down brake release improved vehicle stability, allowing higher corner entry speed.

The speed vs. distance chart describes the progression graphically. In the intermediate stage, the driver focused on smoothness everywhere. The initial brake application in a major braking zone is one of the few times we want to do anything that looks abrupt. It’s not super abrupt – it’s a squeeze, not a slam of the pedal. But it’s a fast squeeze. Looking at the data, we were able to confirm that restoring the fast squeeze did not compromise the new and improved corner entry speed. Taking a step back in performance allowed him to take a huge step forward. 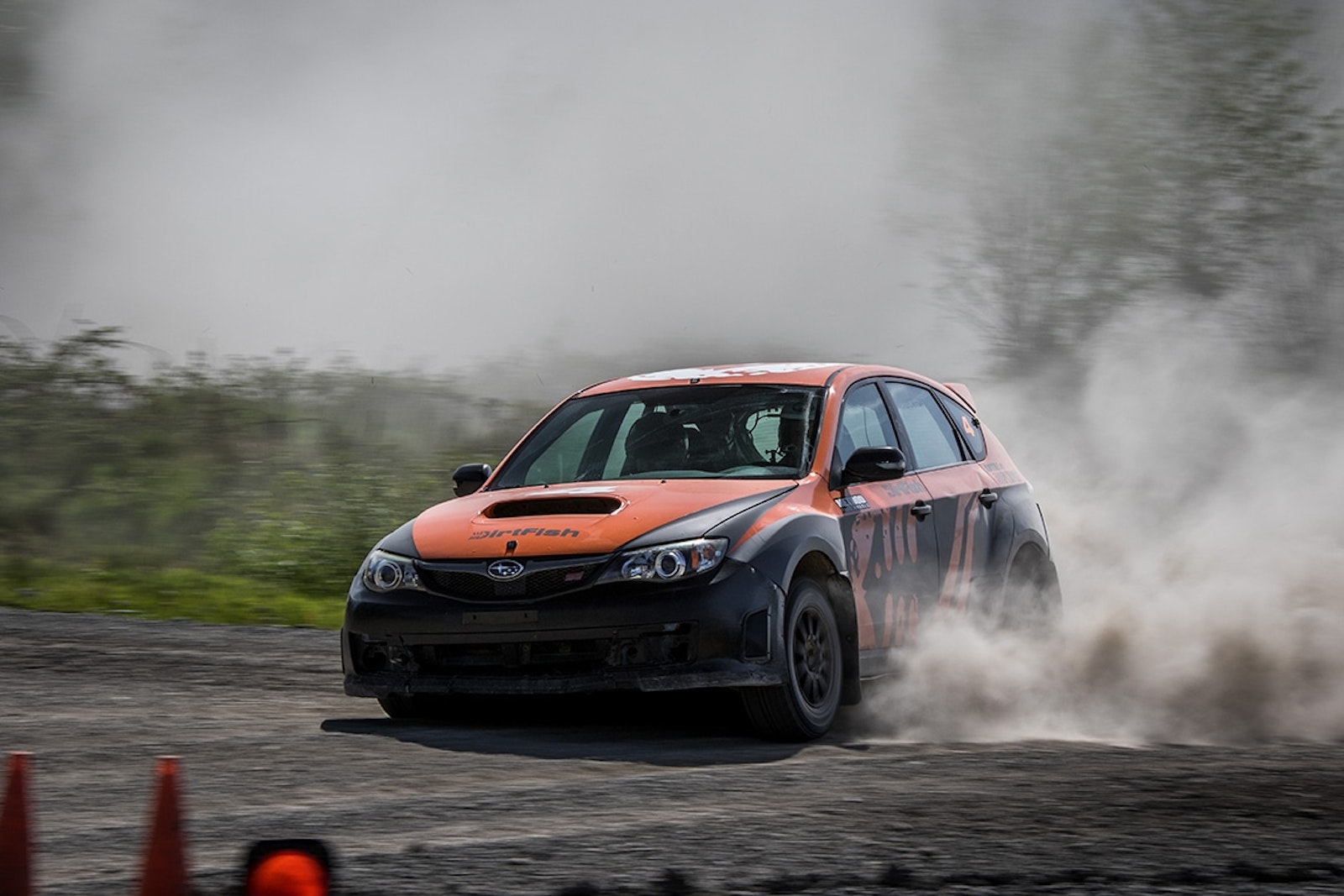 The second story also involves data. An autocrosser who uses data acquisition shared some data files with me. A recurring issue is wheel spin. He’s fast, but compared to another driver sharing the same car, he loses time during hard acceleration. I wasn’t anywhere near the event, but the data files allowed me to take a detailed look at the situation.

His data system captures the output of the throttle position sensor (TPS). One of the first things to jump out in analysis was the TPS data. The driver got the throttle down very, very fast, then gave up throttle almost as quickly, then quickly added throttle, and so on. That’s not what we want that trace to look like.

A key principle of motorsports is to feed inputs at a rate that matches the rate of weight transfer of the car. Acceleration causes the car to settle back onto the rear tires. In a RWD car, this weight transfer gives the drive tires more traction. A little throttle gives the rear tires more traction to work with, which prepares the tires to handle a little more throttle, and so on. Slamming the throttle down asks too much from the tires before they have been given traction via the magic of weight transfer.

The TPS vs. Time diagram shows three different types of throttle application. The red line is overly aggressive. Full throttle is reached quickly, but results in wheel spin. Throttle is released to compensate, and then reapplied. This causes some porpoising, so that even on the second application, there’s wheel spin. The green line indicates an optimal amount of aggression, managing traction at the limit. Throttle application starts early, but throttle is fed more slowly. As the drive tires approach the limit of traction, the squeeze of pedal pauses – but the pedal doesn’t go backwards. As weight transfer moves more traction to the rear, the squeeze continues.

For most drivers, there’s no direct path from the red line to the green line. Can’t get there from here. However, if the driver works on achieving the blue line, then they have a shot at getting to the green line. In this case, the solution is to discard the aggression. Focus on smoothness with a slower, gentler throttle application. This could easily result in a slower autocross time, which is not a welcome development. But delayed gratification can be a good thing. Once smoothness achieved, it’s time to start dialing in some aggression. The end result will be a faster run. 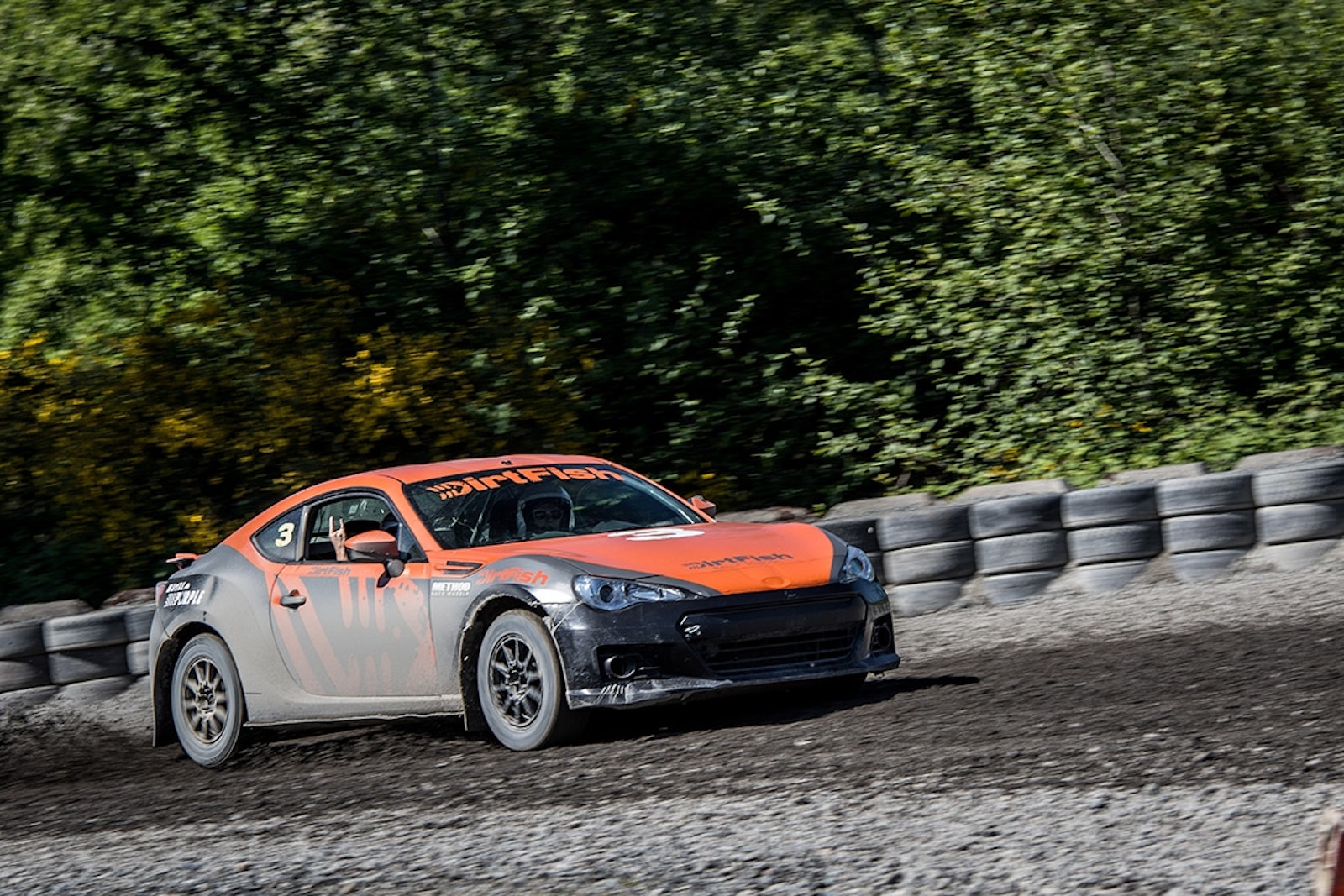 The third story about going slower to go faster comes from my own driving. Although I instruct, I’m a driving school junkie. For my own development, I work with private coaches, I’ve attended Skip Barber’s Advanced Racing School, and I’ve been to DirtFish Rally School a few times.

My latest visit to DirtFish was for the Three Day Advanced Program with RWD cars. I’ve driven their very challenging and fun AWD rally cars, but the RWD cars are another level of difficulty and reward. For example: one can generate oversteer with either a light throttle or a heavy throttle. Light throttle means less weight on the rear, causing oversteer due to lower rear traction. Heavy throttle can result in breaking traction with the rear tires, causing throttle-on oversteer. Finding the perfect amount of throttle, finding the perfect timing for feeding throttle, and achieving the right amount of oversteer at the right time is pretty damn hard. And, oh, by the way, the car is sliding around on gravel and mud the whole time.

On the first day of the program, I felt like I was making reasonable progress. I was getting the car to dance around on gravel more or less as I wanted it to. I had reasonable speed and reasonable control. The second day brought more difficult exercises and routes. I felt like I was running hot and cold. I’d kick ass in one corner, and then struggle in the next. I wasn’t lost or confused; I just felt like the car and I just weren’t dancing well together.

An instructor saw this and said, “Chase technique, not performance.” D’oh! Of course. I know this very well. Ross Bentley has a chapter on this topic in his book, Ultimate Speed Secrets. I preach this when I instruct. I typically say something like “focus on smoothness, and the speed will come.” But on that day, that particular expression of this idea was just the reminder I needed. I’m not sure if it’s original to her, but since I hadn’t heard this formulation before, I will go ahead and credit the instructor.

I used the last day to put this advice into effect. Day three of the Advanced Program is incredibly challenging. The courses are 2-3 miles long. The corner count is in the dozens, so there’s very little time to relax and reflect. There are ditches, barriers and other consequences, so precision is in high demand. And each run is unique. The gravel moves around. Potholes get deeper. Smooth gravel gets churned up. Gravel gets dragged onto asphalt, creating very slippery marbles.

I started the day driving moderately. One can’t drive too slowly, or the car just doesn’t work right. The car has to transfer weight to get the rotation needed to initiate a corner. In the process of taking it down a notch, I had to drive fast enough to make the car work right, but slow enough to focus on technique.

I focused on my hands and feet. I focused on the suspension and the tires. I focused on extending my awareness to the four corners of the car, and what was happening at each contact patch. Each run, I dialed up the speed and aggression just a bit. My goal was to build speed, but always maintain perfect technique in every corner, every straight.

By the end of the day, I was completely in the zone. I was fast, smooth, in control. I was adapting to the surface in each corner, fine tuning car placement while sliding all four tires in gravel and mud. In some corners, I moved the tire placement a few inches right or left to avoid a deepening pothole. In other corners, I moved the exit a car width to the inside to get onto some fresh, unchurned gravel for better acceleration. My vision was opened up. I could watch the surface, yet I was looking for the next corner, staying ahead of the car mentally.

Paradoxically, focusing on results can be a barrier to reaching the desired results. The kind of “trying harder” I was doing at the end of day two was not going to get me where I wanted to be. Taking a step back, slowing down, focusing on technique, not result, is what allowed me to achieve the results I wanted. 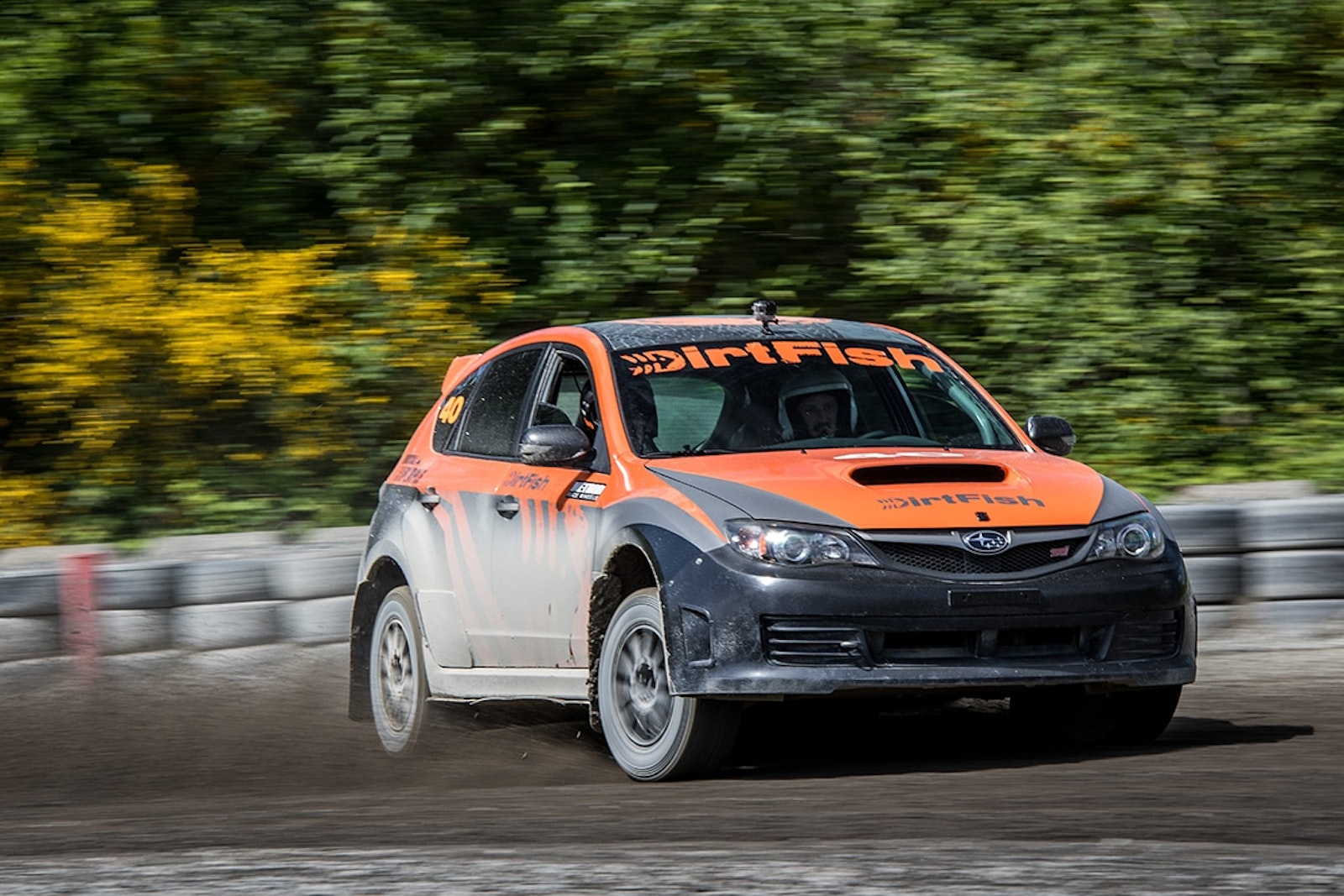