This UK transplant has worked for DirtFish since 2014. When Jack began working here, he was a part-time Course Technician who only worked on the weekends, picking up and replacing all of the cones that our students knock over during their time behind the wheel. His enthusiasm and excitement for DirtFish and love for the sport of rally lead him to pursue a career as a rally driving instructor. His hard work finally paid off, and he recently made a move into a full time instructing position. Find out more about Jack below:

Where are you from and where did you grow up?

I grew up in the West Country of the UK, in a small village called Sutton Benger.

How did you get involved in the sport of rally?

My parents were big fans Formula 1 and Rally, so I became a fan at a young age. When I moved to the States, I was able to get involved by volunteering at local stage rally events like the Olympus Rally and the Doo Wop Rally.

What made you want to be a driving instructor?

I love to share my knowledge and passion with people! Also, I have always loved to teach people, whether it’s snowboarding, guitar, or racing I love it.

What made you choose DirtFish over any other driving school? And, why rally over other motorsports?

In my opinion, the sport of rally is more intimidating than any other motorsport. The stages have no catch fences, speeds can reach as high as you would see on a race track and it requires an insane level of concentration and car control. There is much more emphasis on the driver and co-driver than the actual car. Rally is also one of few motorsports where fans will remember the driver rather than the cars, and I think that is amazing! That is why I like Dirtfish’s approach to rally. The company makes the sport of rally approachable, understandable and empowering.

What do you like to do in your free time?

I am a big fan of Heavy Metal music, so I spend a lot of time listening to and finding new music, going to shows, and playing the guitar.

I began racing autocross locally with the Bremerton Sports Car Club and SCCA in a ’99 Mazda Miata NB. However, I sold this over the summer and traded it with a 1983 Volvo 242 Group A rally car that I used to co-drive in. I will be rallying in the Volvo next season! 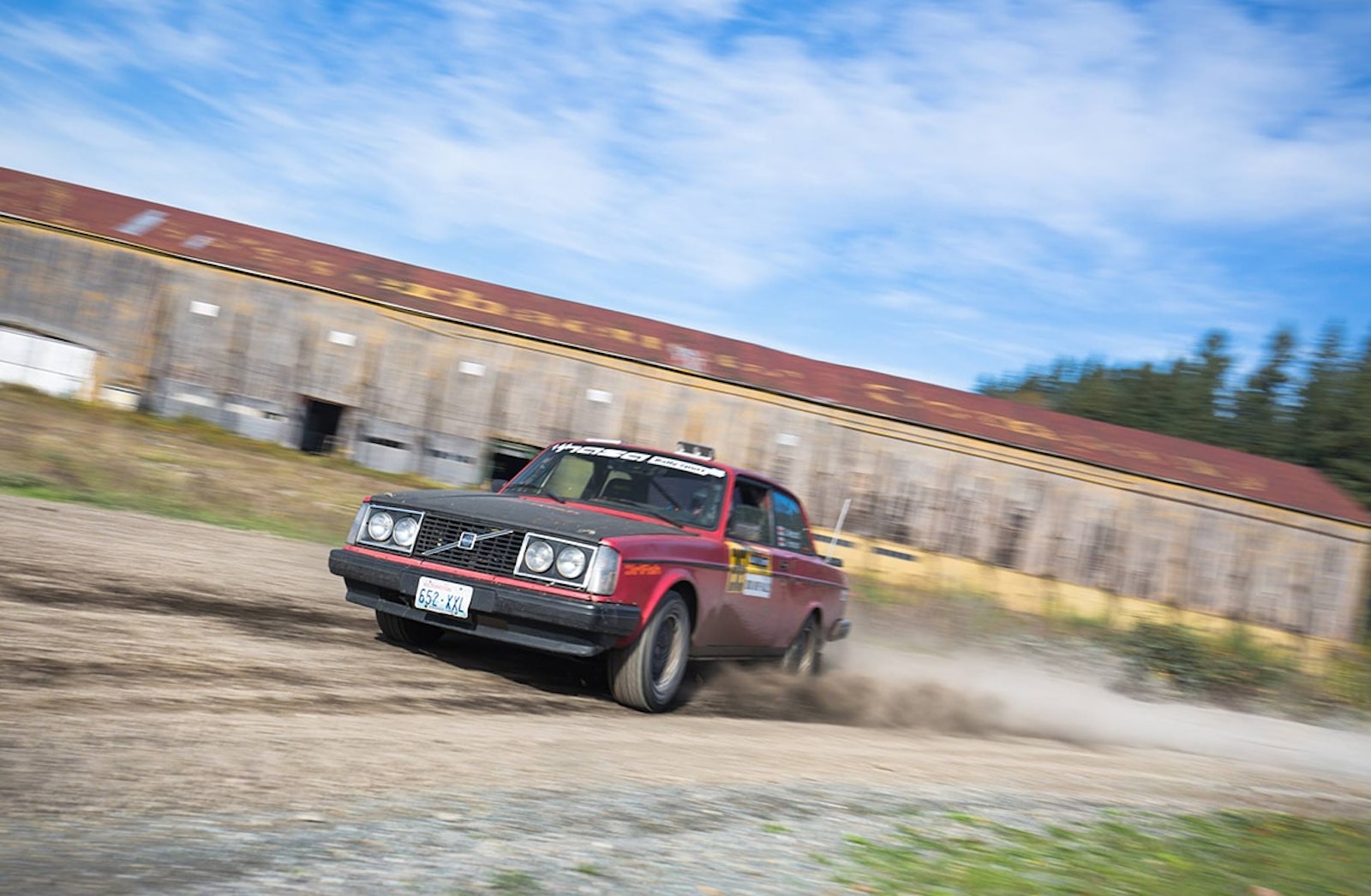 What is your racing history and background? How long have you been racing?

I began to compete in autocross when I was able to afford it after high school, and I have been volunteering at rally events since I was 17 years old. Once I was working at Dirtfish, I started co-driving when I could for multiple teams and drivers.

What kind of car do you drive daily?

Currently, I drive a 2003 Mitsubishi Eclipse GS. She’s not a great car and has the turning circle of a small aircraft carrier, but she’s mine!

What kind of jams do you listen to while cruising into work each morning?

I’m a huge Death Metal fan, so anything that sounds like the cookie monster is singing gets me amped up. Some of my favorites include The Black Dahlia Murder, Revocation, Ingested, and Carnifex.

What else should the DirtFish fans know about you?

Want to be instructed by Jack? Click here to view our Driving Programs!