2015 has been a huge year for DirtFish with the addition of the DirtFish Motorsports Rally and Rallycross teams. In addition, we have been presented with a few very amazing opportunities, partnering with rally champions David Higgins and Antoine L’Estage. We can now add Elliott Skeer to that list of champions! Skeer competed in the 2015 IMSA GT3 Cup and we had the amazing opportunity to sponsor him for the final two races of the season.

Skeer, a 21-year-old driver from Carlsbad, California began his motorsports career racing karts at the young age of 6. He competed for ten years winning an IKF championship in 2008. In 2012 he took the next step in his racing career by joining professional baseball player, CJ Wilson’s, race team and becoming a Mazda Factory Driver in the Mazda MX5 cup for the 2012 and 2013 seasons winning the Mazda MX5 Cup Shootout in 2012. Following the MX5 cup, Skeer continued competing on CJ Wilson’s team in the IMSA Continental Tire Sportscar Challenge as a part of the Street Tuner class. After 2015, he now has another accolade to add to his CV, winning the 2015 IMSA GT3 Cup.

Early 2014 was Skeer’s first opportunity to get behind the wheel of a DirtFish car. To maximize the potential of the drivers on his team, CJ Wilson again brought his team to DirtFish to work with our instructors and gain more knowledge in car control. 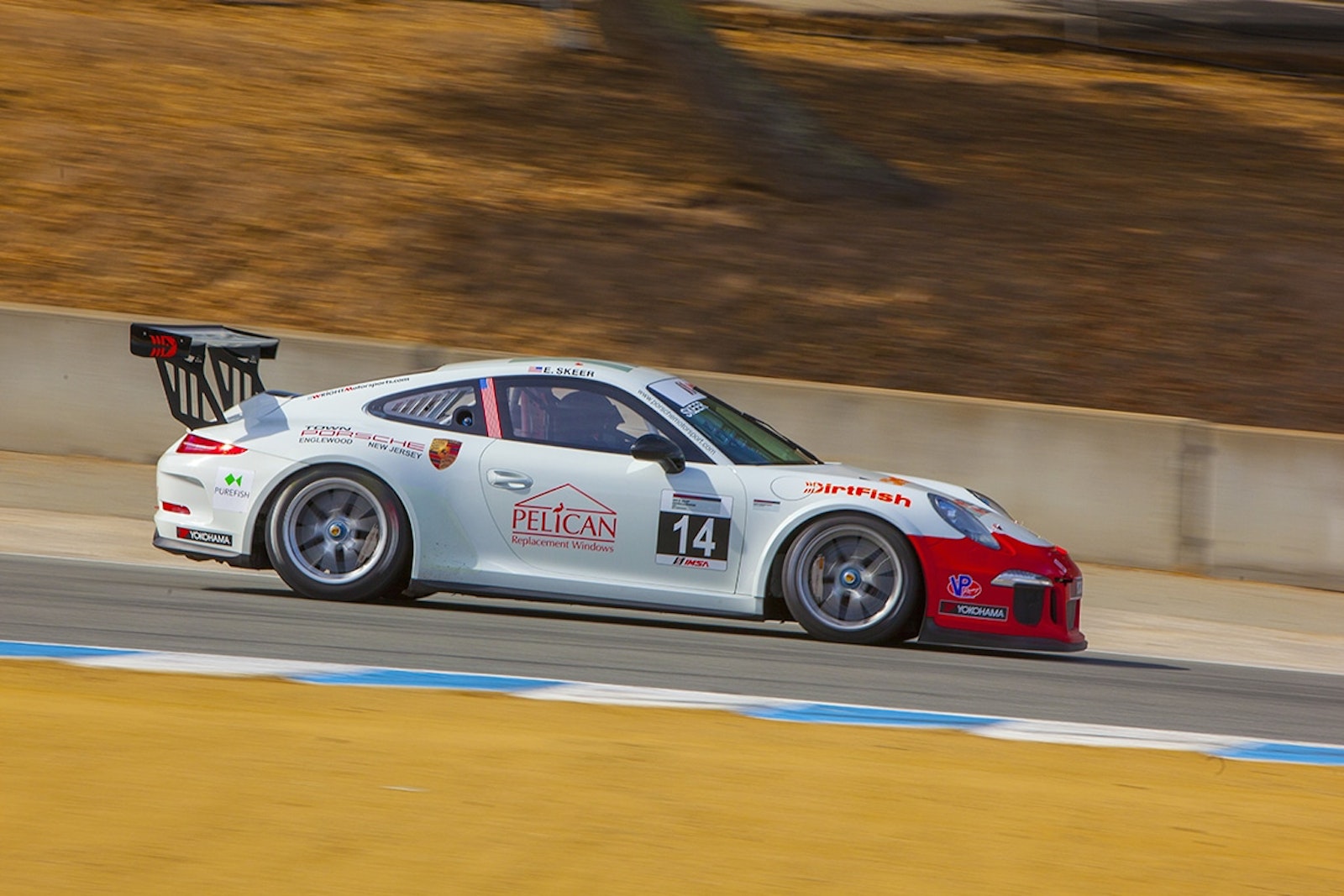 While racing a successful season, Skeer also had the great opportunity to take part in the 2014 Porsche Young Driver Academy. The Academy was built to help recognize and develop the talent of young drivers. Porsche Young Driver’s brought five standout drivers to the Barber Motorsports Park to help hone, not only their driving skills on and off the track, but to work with them on media/sponsor relations. All of this was done to ensure companies like Porsche will have quality drivers who can win races and be great ambassadors to represent their brand. 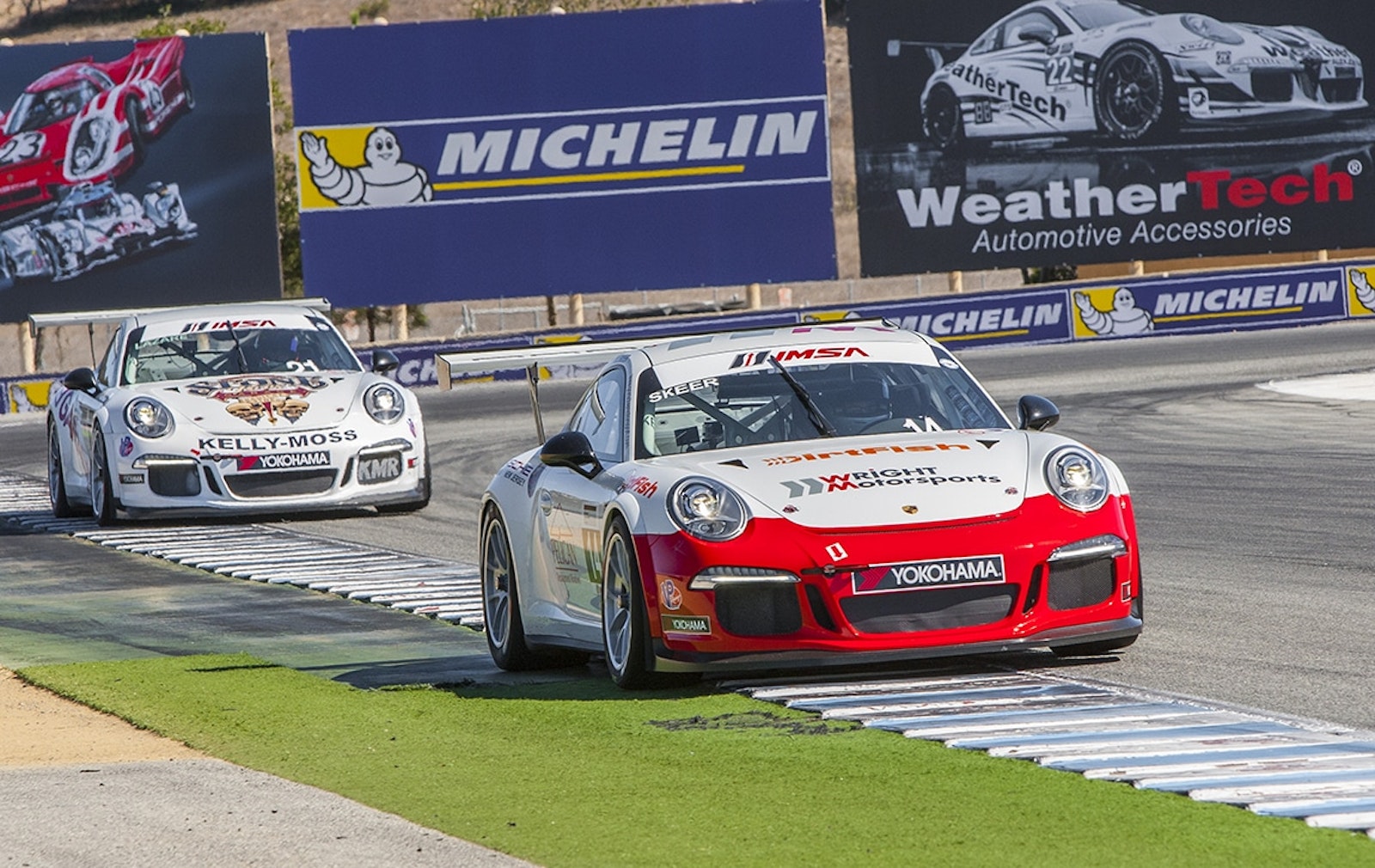 Growing up in San Diego where it rarely rains, Skeer never had much of an opportunity to learn about slip angles, how to properly slide a car or how to save a the car when it loses grip in a corner. Gaining knowledge on how to control a slide with small inputs and looking ahead aided in Skeer’s in the two races, where he attributes his success to DirtFish’s comprehensive training program. “The one day I spent at DirtFish on very loose surface and the low grip helped me more than anything I’ve done before”, says Skeer, continuing to say that, “Earlier in the 2015 season, we had a couple of races in the rain where I ended up doing very well, with a double pole and double win. I have DirtFish to thank for helping me drive well when it is wet”. 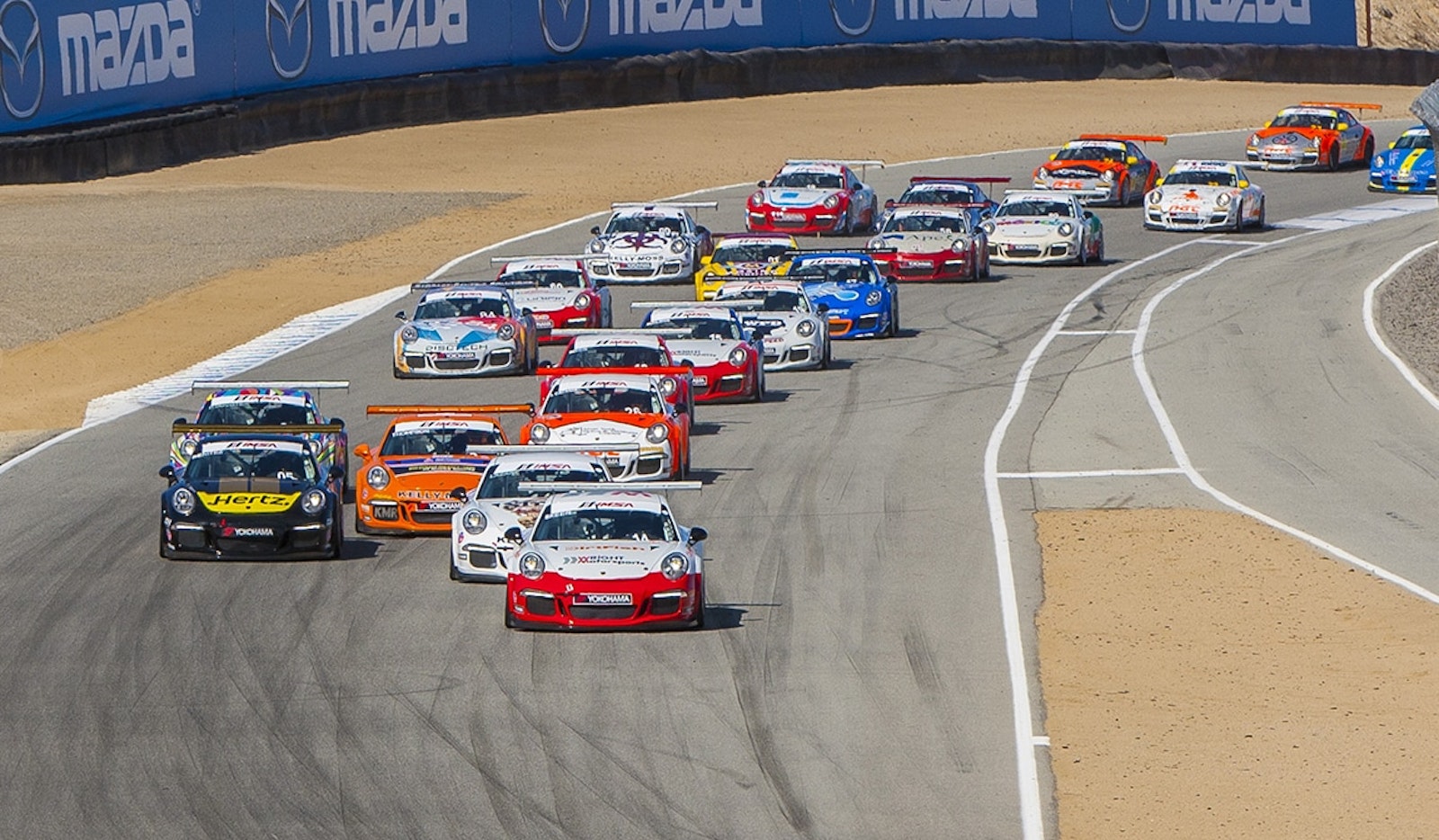 The definition of cross-training is: To train an athlete to be proficient at different, usually related skills, tasks, jobs, etc. Most people in the road-racing world wouldn’t expect a gravel rally school to be beneficial for them because of how different the two disciplines are from one another. Over the years, DirtFish has seen countless tarmac racers go through its programs for one thing: cross-training. Skeer stated, “When you strip the two sports back down to the basics, it’s all about car control. It’s correcting a slide and managing the car in different conditions. It’s about getting the best outcome at all times”. At DirtFish, everything that happens on a tarmac course is exaggerated when a car loses traction. It happens very quickly and at very low speeds (comparatively). It forces a driver to take a more detailed look at the minute movements and corrections that can be made during a race or simply driving on public streets. 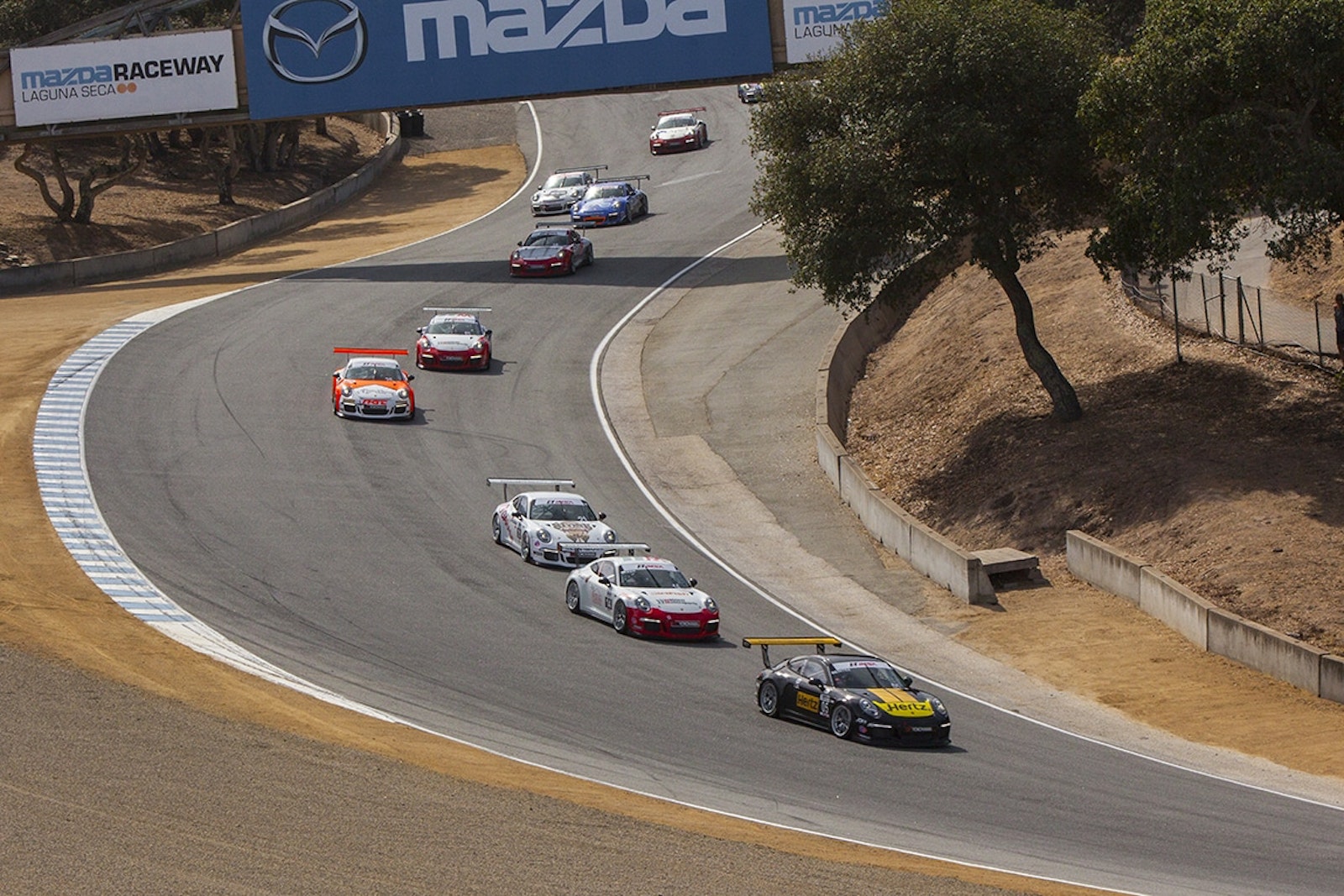 By teaching these skills, whether consciously or sub-consciously, DirtFish is instilling confidence in the drivers and adding a new set of tools to their “tool box”, ultimately making them better drivers. Skeer continues saying, “On asphalt, the oversteer we get is something very small and a lot of times when we get into a big slide it’s easy to panic because it’s something we’re not use to”. Put simply, DirtFish takes it to the extreme with our students on a very loose surface. This ultimately helps in many situations where there is a lot more grip. Skeer stated, “Once you go back into a car with more grip, you know how to correct a little slide thanks to the focus at DirtFish. It’s a very good tool for teaching the extremes of driving and really getting us comfortable outside of our normal comfort zone.” 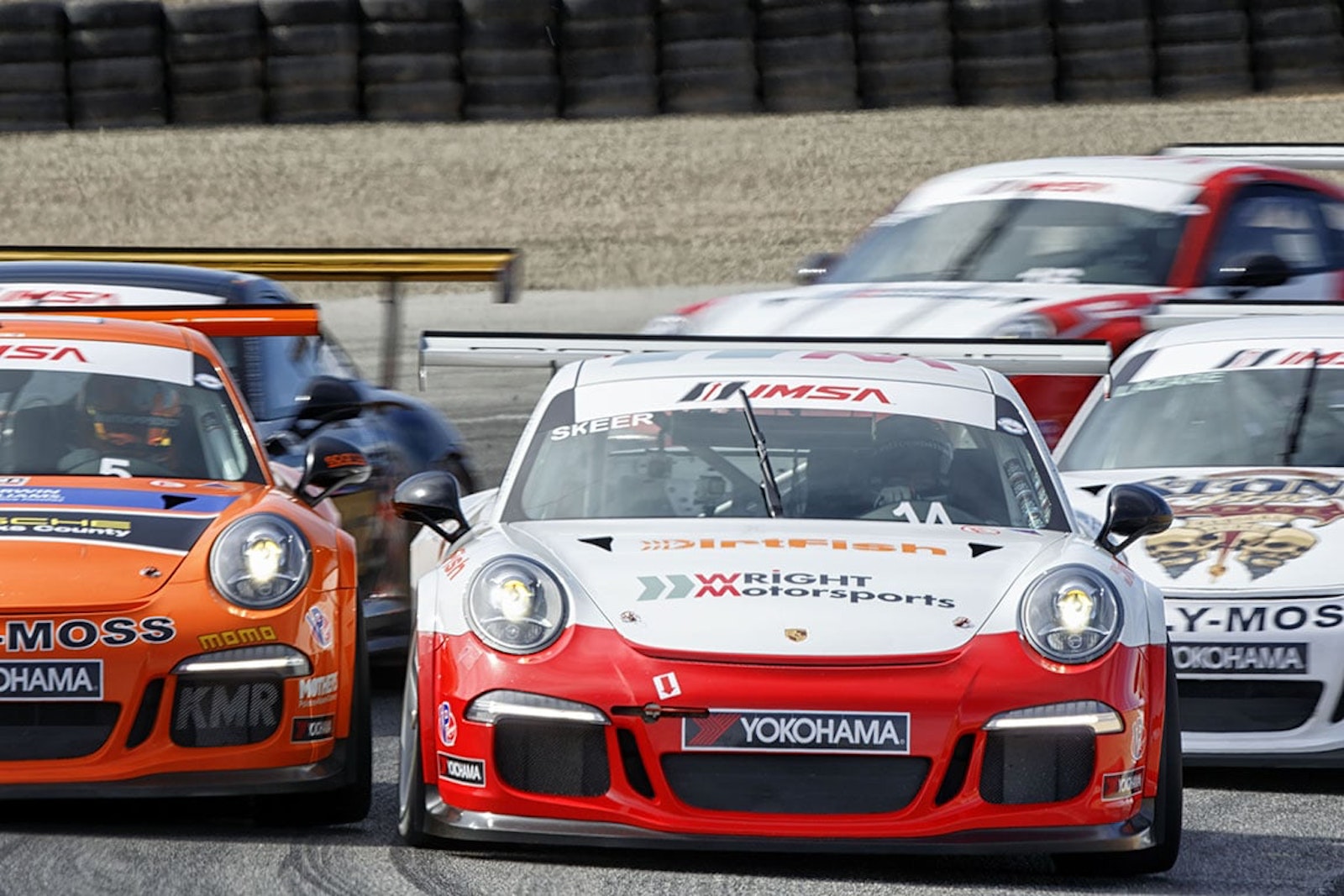 One of the biggest strengths of DirtFish is their instructors. They all come from different motorsports backgrounds, including; rally and rallycross, road racing, autocross and other disciplines. Each instructor excels at adjusting their teaching style to each person they are working with, ensuring they get the most out of their student and provide them with a solid skill-set for any situation. They can teach people who are just getting their learner’s permit all the way up to professional racers, like Skeer, who have a lot of experience. Skeer says that, “The instructors at DirtFish have to be the biggest strength of the school.” 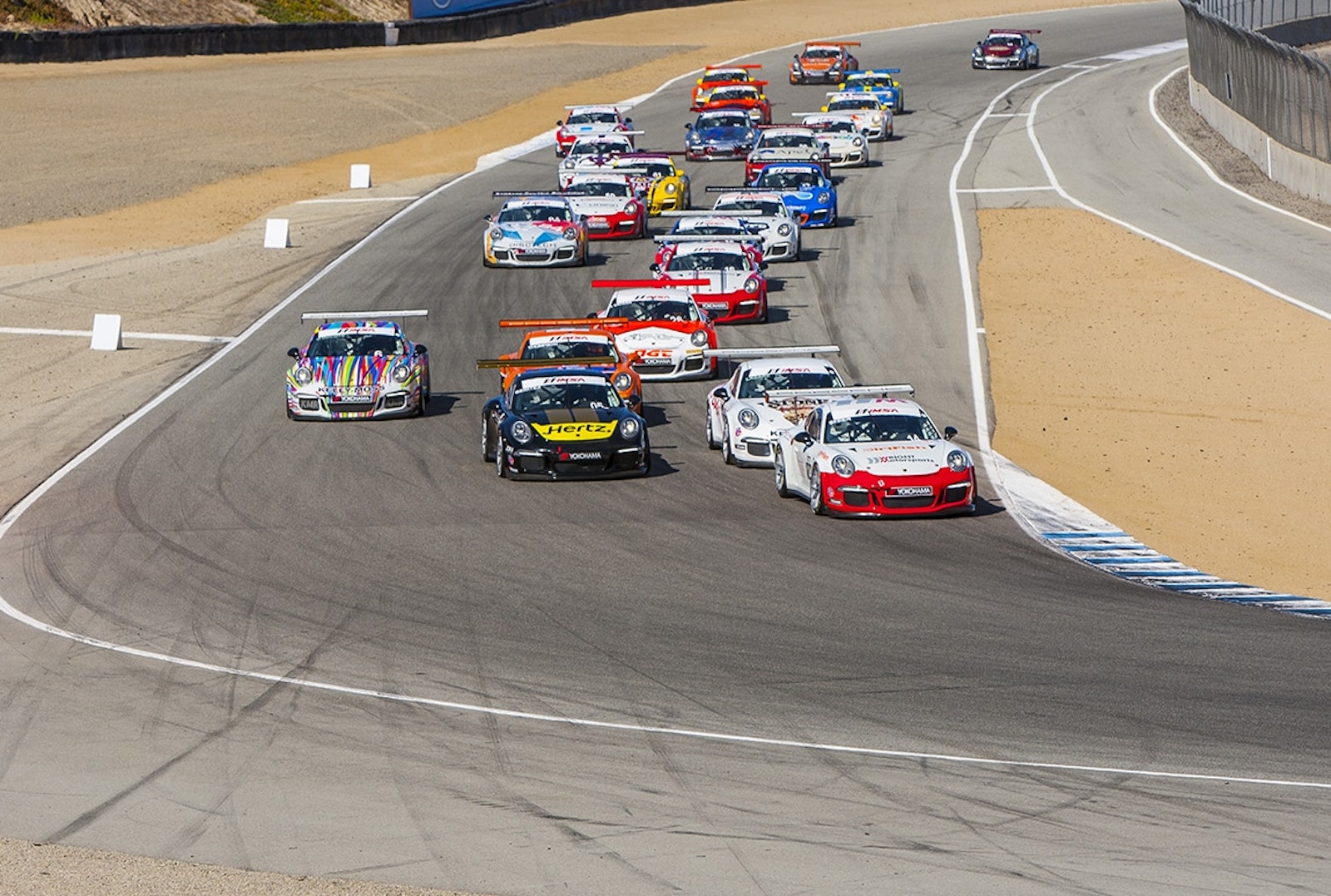 Partnering with Skeer for the last two races of the season has been a great opportunity for DirtFish, by getting the brand out in front of a whole new crowd and showing the benefit of a rally school across different types of racing. DirtFish has worked hard to develop a very good cross-training program within the multiple rally programs offered and is proud to have partnered with such a successful IMSA racers.