Snoqualmie, WA, June 27, 2016 – DirtFish is proud to announce our latest sponsorship of yet another driver in a different form of racing, Benjamin Pedersen. Benjamin will be competing in the full 2016 FIA sanctioned US Formula 4 Championship.

While open-wheel racing is new to Benjamin, this won’t be his first foray into motorsports. He has spent a lot of his young life racing karts, which is where most F1 champions are born. F1 driver, Romain Grosgean, has been mentoring Benjamin for quite some time, providing intuition both on and off the track, allowing him to realize his full potential. “When Benjamin initially told me he wanted to enter a full season at the age of 16, I told him he was crazy” says Romain Grosjean. “However, the more I’ve thought about it, the more sense it makes… After all, it is the best sport there is. Being able to pursue and explore the opportunity to compete in a full season, while being able to continue high-school courses and pursue a college education, is an opportunity not presented to many. I can’t wait to see where Benjamin is going to take this!” 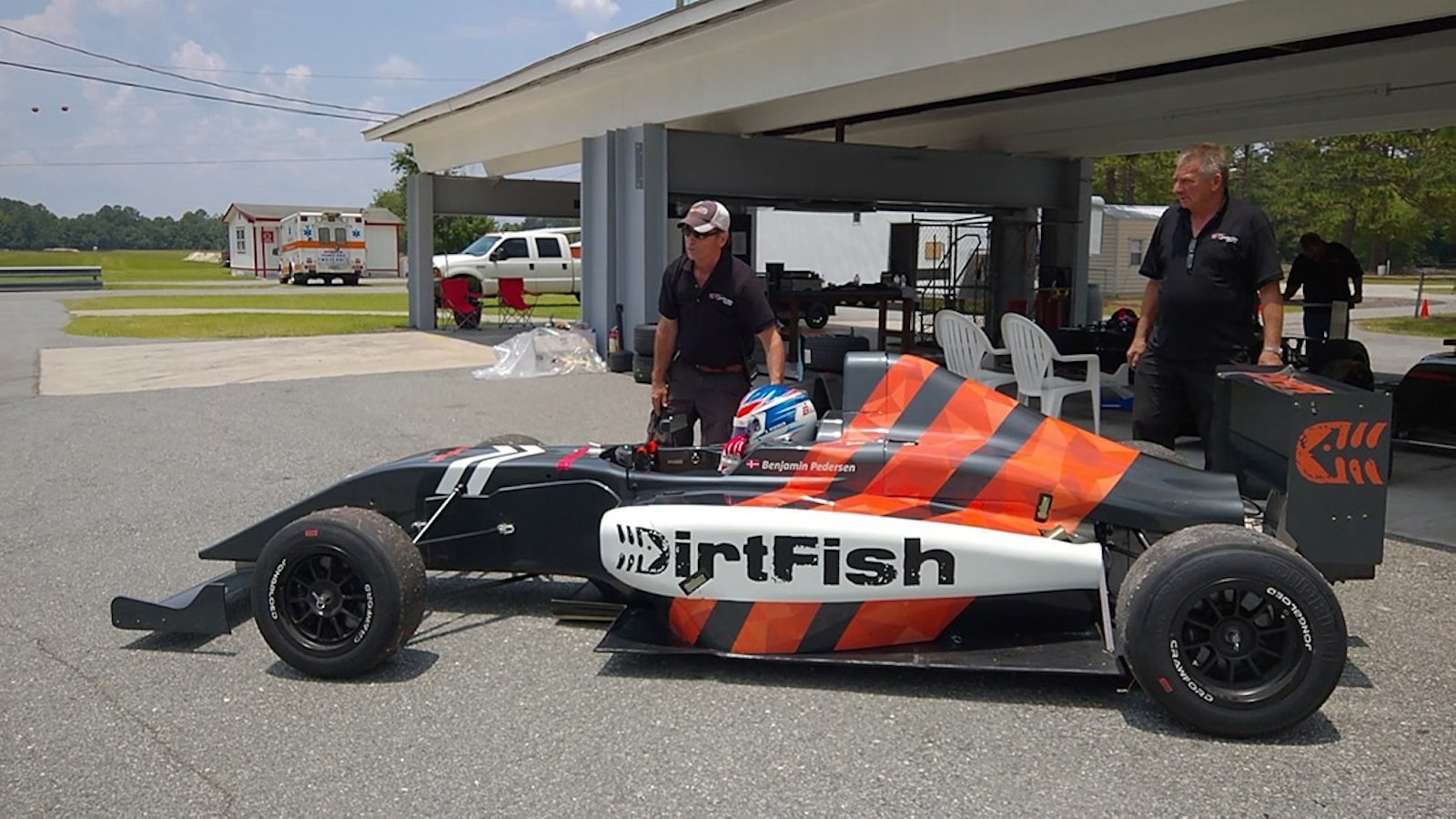 Since our doors opened in 2010, we have seen an increasing number of racers from multiple racing disciplines attend our driving programs. Their reasons for choosing DirtFish is the unparalleled opportunity we provide for drivers to gain advanced car control skills, ultimately allowing them to become better drivers and build confidence when they hit the track. Benjamin is one who has taken advantage of our facility and instruction, and has seen vast improvement within his abilities and success on the track.

With Benjamin living locally in the Seattle area, the partnership between him and DirtFish made sense. “We have recently seen an increase in road racers that are thrilled to have the ability to drive year round at DirtFish, to gain experience with vast seat time and instruction on loose surfaces, which resembles the skills needed to road race in the wet. We’re very happy to add Benjamin to our group of drivers, which now span F4, IMSA Continental Tire Sportscar Challenge, Porsche GT3 Cup, Red Bull Global RallyCross and Rally America”, says Mac McInnis, General Manager, DirtFish.

“This is really a dream come true…” says Benjamin Pedersen. “… Or at least the first part of the dream! Just a year ago, I was just dreaming of getting my driver’s license so I could actually drive a car, and now I’m set to compete in a full season of F4. I have a lot to learn this year, but with great backing from DirtFish, Leading Edge Grand Prix and Romain’s mentorship, I feel I have the support and help from the best in the business. I can’t wait for the season to start!”

The 2016 F4 Championship begins this week with testing in Georgia. Then it is off to Mid-Ohio for the first race from July 1st – July 3rd. The season will continue in August at Mid-Ohio, then move on to Road Atlanta on September 17th and 18th, with the season concluding at Homestead Miami Speedway from October 7th through the 9th, 2016.

Nestled in the foothills of the Cascade Mountain Range in the scenic town of Snoqualmie, WA, DirtFish Rally School is the only full–time performance driving school on the West Coast and boasts an impressive array of rally cars, driving programs and memorabilia to suit enthusiasts of all ages. Based at the former Weyerhaeuser Lumber Mill site, the property itself boasts a rich history, having been the second all-electric lumber mill in the country in 1914. A century later, in October 2010, DirtFish opened its doors with the goal of offering unparalleled training in top-level vehicles, as well as provide unequaled opportunities for vehicle testing, specialized training, corporate/team events and more. Building immense confidence behind the wheel awaits any student enrolled in one of DirtFish’s many programs, from the simple Two Hour program all the way up to advanced and private training in both rally and rallycross, in either all-wheel drive Subaru STI’s or rear-wheel drive Subaru BRZ’s.

Check out what DirtFish is up to on social media at:

Find Benjamin on social media at: