The Big White Winter Rally this past Sunday was not only the final Cascadia International Rally Championship (CIRC) event of the year, it was also the final race of the season for the newly-formed DirtFish Motorsports team. To make things even more challenging, this was the first race of the year with snow- and there was a lot of it! 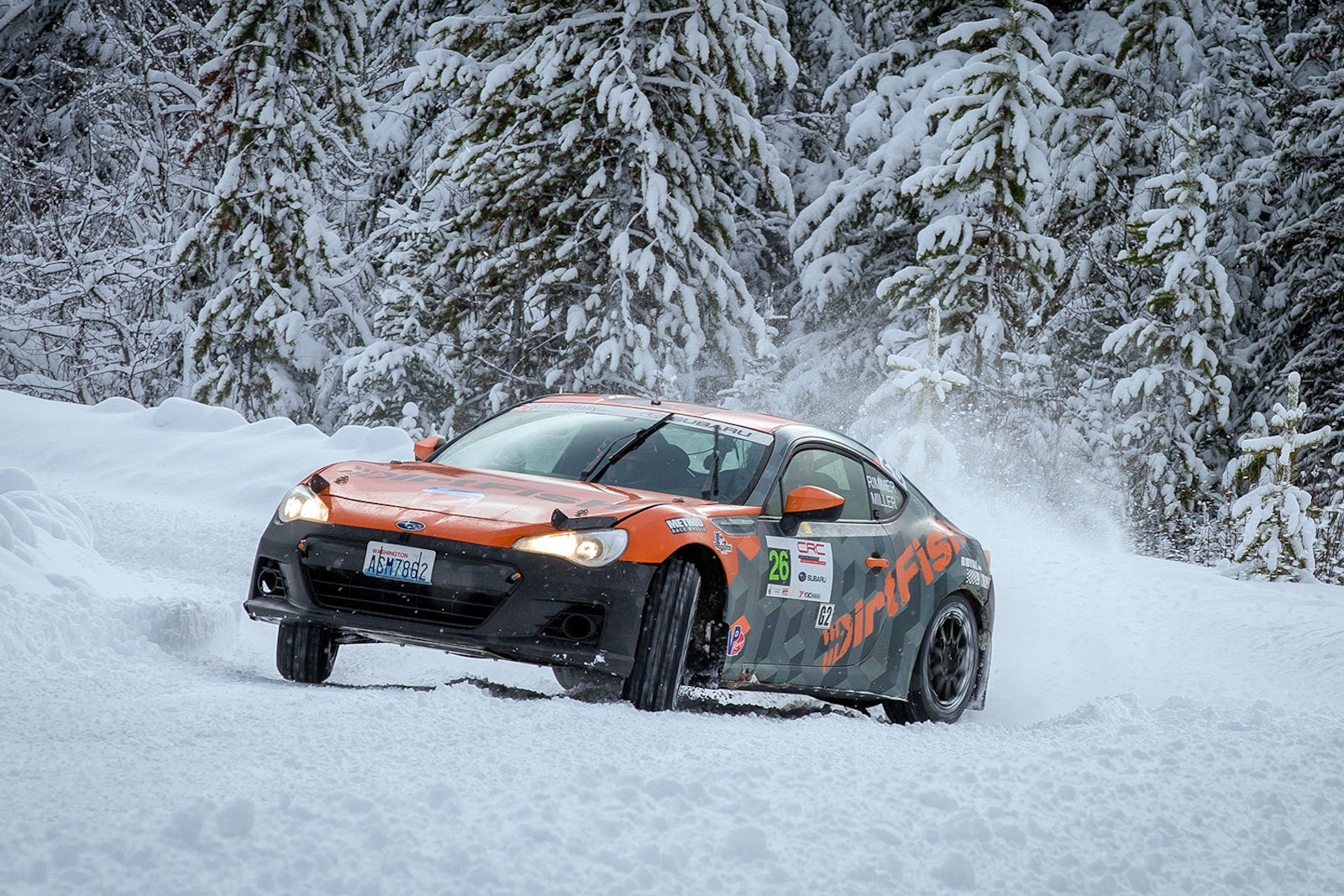 Coming into this final event sitting in 2nd place in the overall CIRC points DirtFish instructor, Sam Albert, teamed up with Co-driver, George Loef, with the goal of driving conservatively and gaining a good amount of experience suring their first race on snow. After creating solid pacenotes during the two-pass recce on Saturday, the duo was feeling confident for the start of the race the following morning. On Sunday, Sam used the first two stages to get a better feel for the snow (and slippery conditions that come with it), making adjustments to the car and his driving style to safely make it to the end of the stages while still being competitive.

Sam made the comment: “Being my first snow event, I knew I was at a slight disadvantage. I took the first two stages to adapt and finally it clicked”. Now that they were more comfortable, Sam began to push a little harder on the 3rd stage, laying down one of the top-three fastest times. Unfortunately the success was short-lived, with the car losing brakes on the entry of a fast left-hand corner, sending the car into the snow bank. It was nearly an hour before the car was able to be pulled out, then they were able to get it back to service where the crew remedied the brake problems and got them back out on the next stage. “After that, we had to drive conservatively to get points to finish the championship”, Sam mentioned following their off. 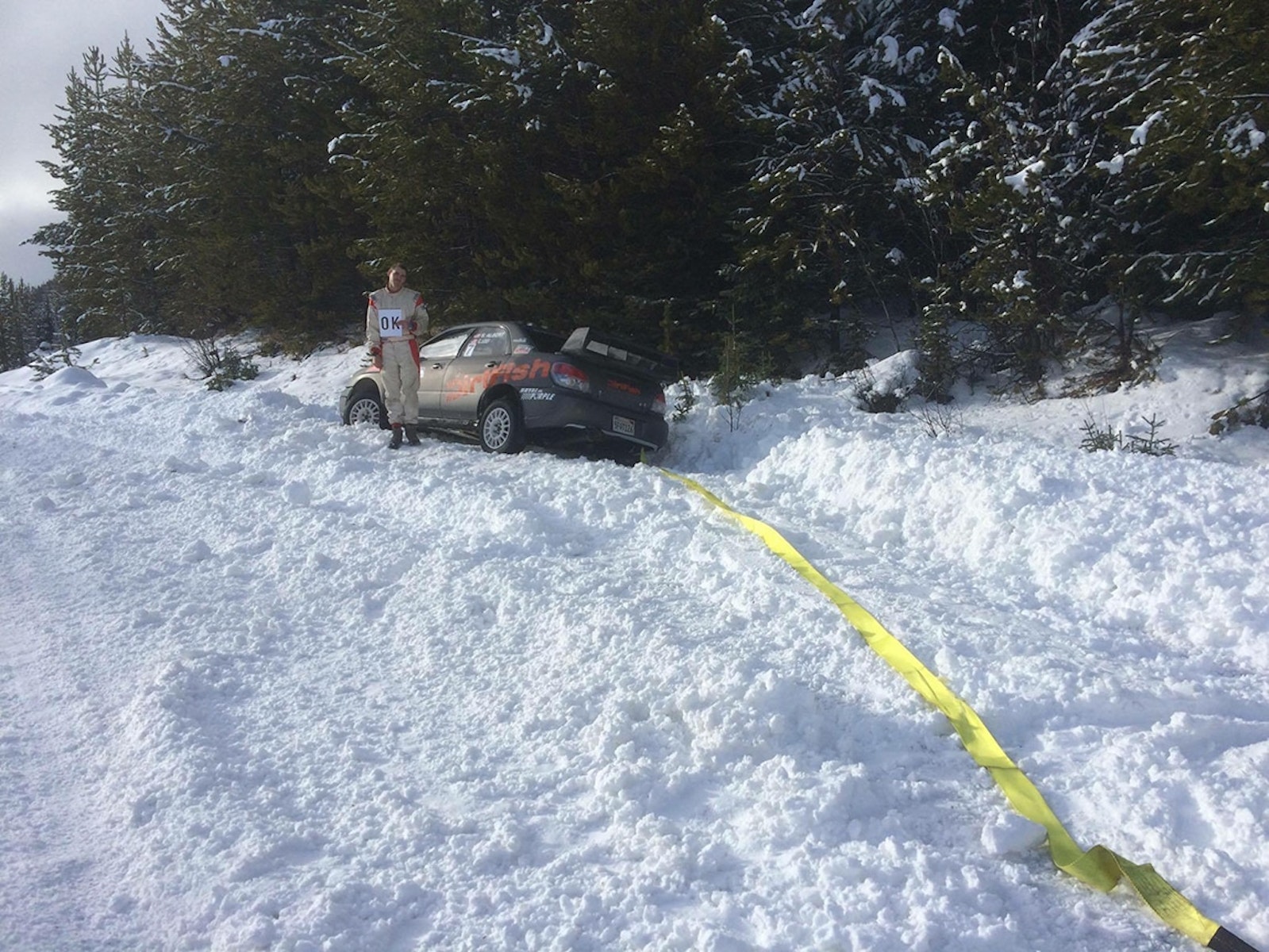 This was the first race James Rimmer had done in his Subaru BRZ since the Idaho Rally back in June. Going from the fast, smooth, wide-open roads of Placerville, ID to the technical snow-covered roads of Kelowna, BC would be a bit of a challenge. Big White was full of firsts for the young driver; first snow rally, first night stages, first time writing his own pace notes and first time with DirtFish Instructor, Michelle Miller, sitting in the passenger seat calling the notes. 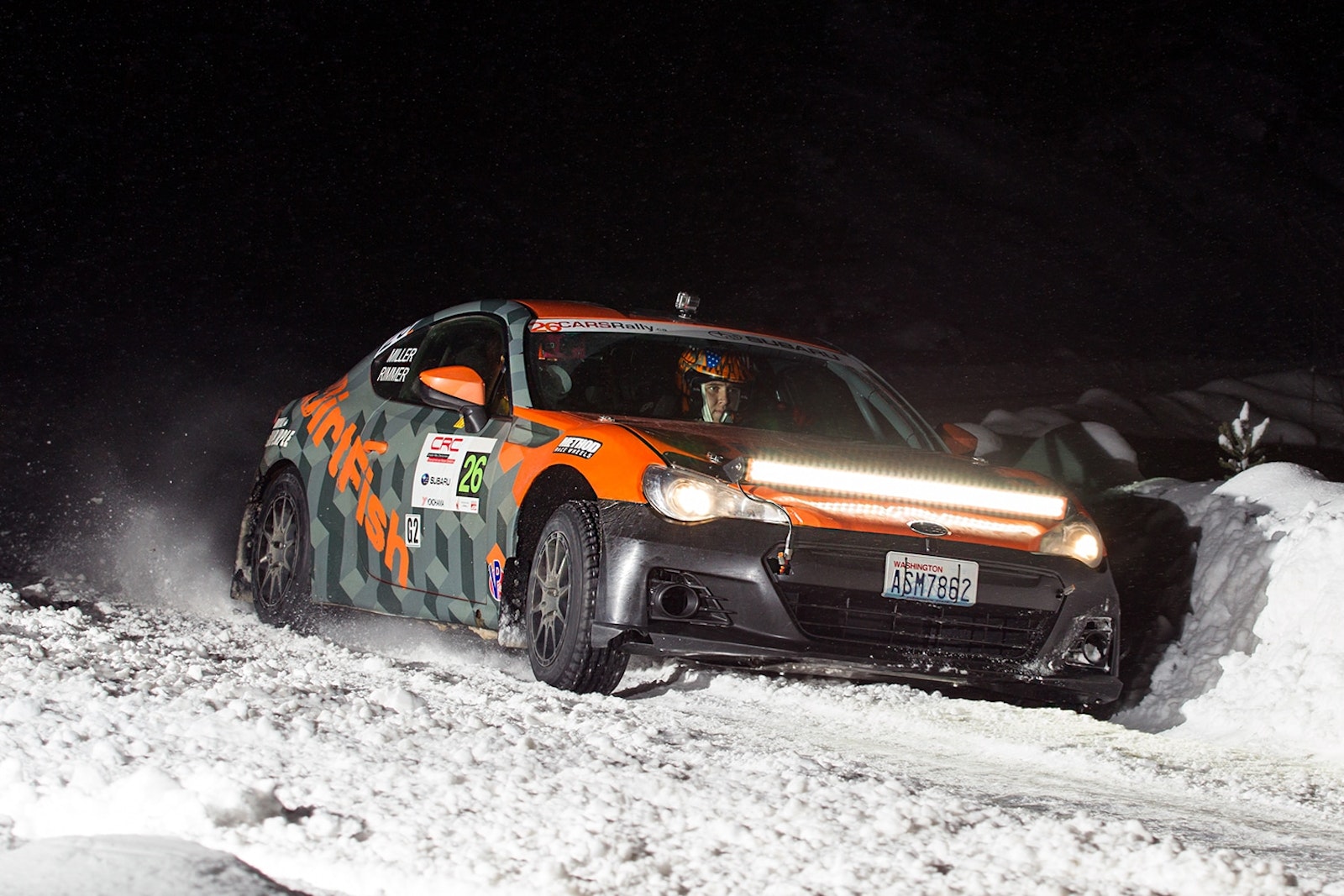 James and Michelle ran the first few stages with a conservative, smooth and smart approach to get used to the tricky conditions and understand how the rear-wheel drive Subaru BRZ would handle on the snow and ice. After the sun went down it was made obvious fairly quickly; things weren’t going to get any easier for them. The roads were extremely icy and after a couple of small spins on the final stages James was able to finish the rally 8th in his class. Both James and Michelle were very happy with the outcome of their first race together.

Overall, the weekend was full of success with Sam holding on to his 2nd place in the CIRC even after a short date with the snow bank and James successfully piloting the DirtFish Subaru BRZ to the finish of his first snow rally.