Held at the Big White ski resort, the aptly named Big White Winter Rally is one of the few North American rallies that is held on snow and ice. This rally is a driver favorite and pulls competitors from north and south of the border. For 2016, Big White has been included in the 2016 Canadian Rally Championship and will be the final event of the season.

DirtFish will be there in full force this year. The previous year’s event was the first time James Rimmer had competed on snow and ice; he was driving the DirtFish Group 2 Subaru BRZ. This year, he will be behind the wheel of the new DirtFish 2015 Subaru STI Open Class car with co-driver, Adam Newell. Also competing in his inaugural stage rally event is DirtFish GRC Lites driver Conner Martell, driving the same Subaru BRZ that was driven by James last year. After competing all summer in the 2016 Red Bull Global Rallycross, Conner has decided to get his toes wet in the forests of British Columbia this weekend. Growing up in Vermont, driving on snow was part of his life for nearly half of the year, so the slick, low traction surface is not a new concept for him and will come naturally. Sitting along side Conner in the passenger seat will be a familiar face – DirtFish GRC Crew Chief, Sean Medcroft, who is his chosen co-driver for this event. With all of the training and preparation over last few weeks, James and Conner should be very competitive within their classes. 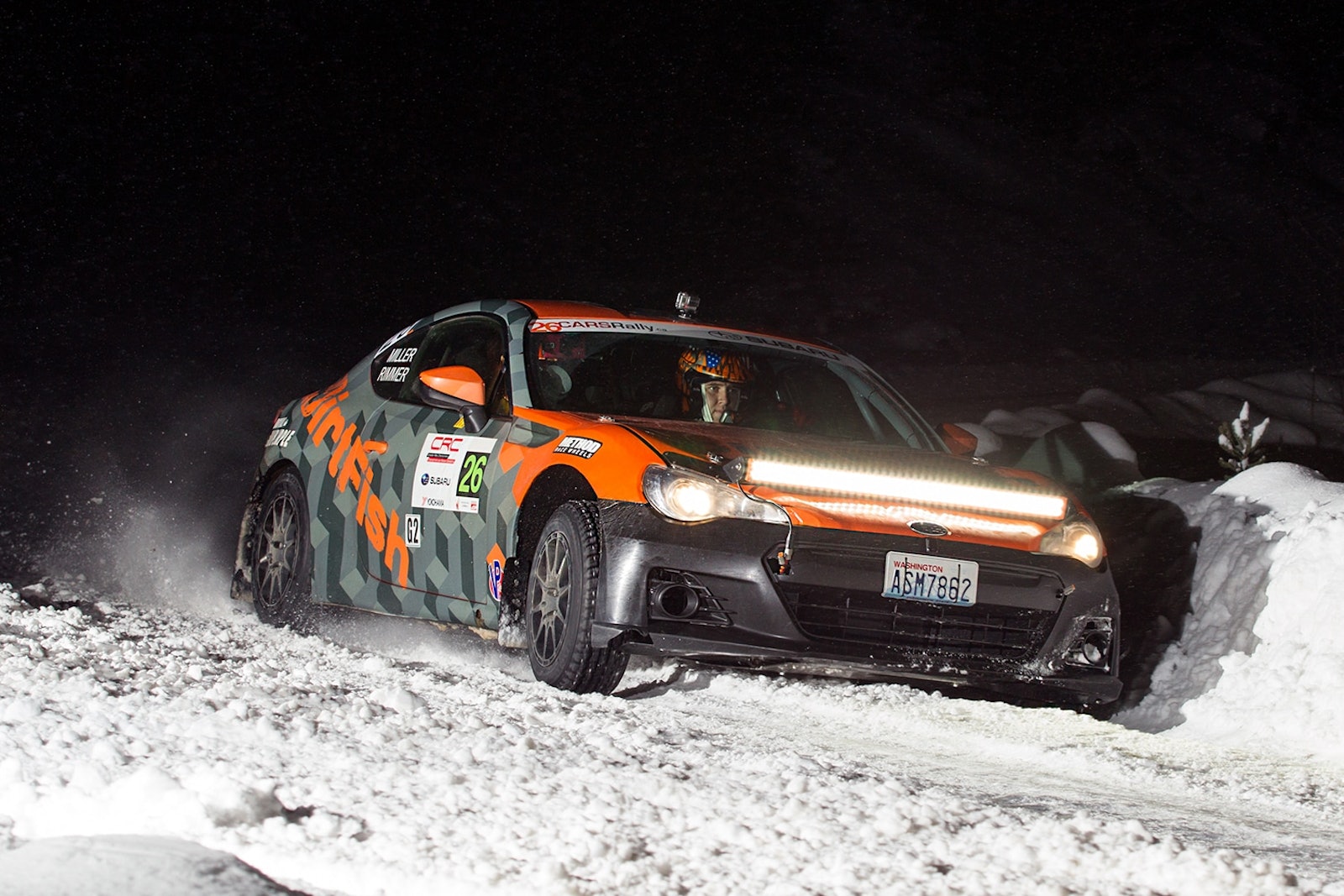 Competing along side Conner and James will be Dirtfish Instructor and competitive driver, Sam Albert with his usual co-driver, Michelle Miller. Sam has had a great season this year with some of his best finishes and stage times. At the Pacific Forest Rally, Sam and Michelle were exceptionally fast, laying down some of the fastest stage times throughout the two days of racing. Unfortunately, he wasn’t able to slow down enough for a corner forcing them off the road and causing a decent amount of damage to the car. This took him and Michelle out of the running for the overall podium. Big White was a great event for Sam last year and he hopes to keep that trend going!

Coming off a blown engine and a DNF in his previous race is DirtFish Instructor, Travis Nease, with co-driver, Krista Skucas. The duo will be pushing hard to regain their top three in the 2016 Cascadia International Rally Championship standings. Luckily, they are only three and a half points out of the podium for the season.

Canada’s top drivers combined with extremely competitive drivers from the United States should make this event extremely competitive and most of all, exciting! This is a great event to round out the season for not only the Canadian Rally Championship, but also the regional Cascadia International Rally Championship. Teams will be taking chances and pushing hard to make it to the top positions in their respective classes and overall at the conclusion of the seasons.